Well, it looks like it is supposed to be in the 70s this week! Very awesome… perfect weather for working on the car! I’ll be taking a trip out to Grand Rapids on Wednesday night to FINALLY get some more work done on the engine. Hopefully, I will be able to swap the cam gears over to the Tomei cams, install the cams and rocker arm stoppers, put the valve cover and CAS back on, and install the turbo/lines/manifold. If I manage to get all of that done somehow and I can get the rubber hoses I need from autozone, I can install those and bolt the GReddy intake manifold on. We’ll see how much gets done though- I always fall short of my goals when it comes to engine assembly, haha.

I have some parts on the way from NissanParts.cc that I expect any day now. Nothing too crazy- just a NISMO transmission mount, SR fan shroud, throwout bearing, and a Tomei coil pack cover. I also picked up replacement shims that go under the rocker arms, since the FSM said to replace them. My PSM Cobra downpipe arrives tomorrow, so that’s the final piece to the exhaust puzzle. I decided to sell my Peak trans. mount since it doesn’t have a provision for the down pipe bracket- I want my exhaust and mounting points to be rock solid in an attempt to prevent the Tomei manifold from cracking and the turbo gaskets from blowing out again.

On Thursday, I’m going to finish cleaning the engine bay and get everything all cleaned up. I am still undecided about painting the car and engine bay. I was set to just have the new parts painted, but my friend Tim had his buddy paint his car this past weekend and it looks like it came out really nice. I’ll know for sure when I see it Wednesday, but that really makes me want to paint the whole car and engine bay now! I guess we’ll see what happens…

Here are some snaps of Tim’s car. He bought my old front lip, side skirts, and some spare rear valences I had. It should pretty much be like my old exterior setup, only blue and with MB battles, haha: 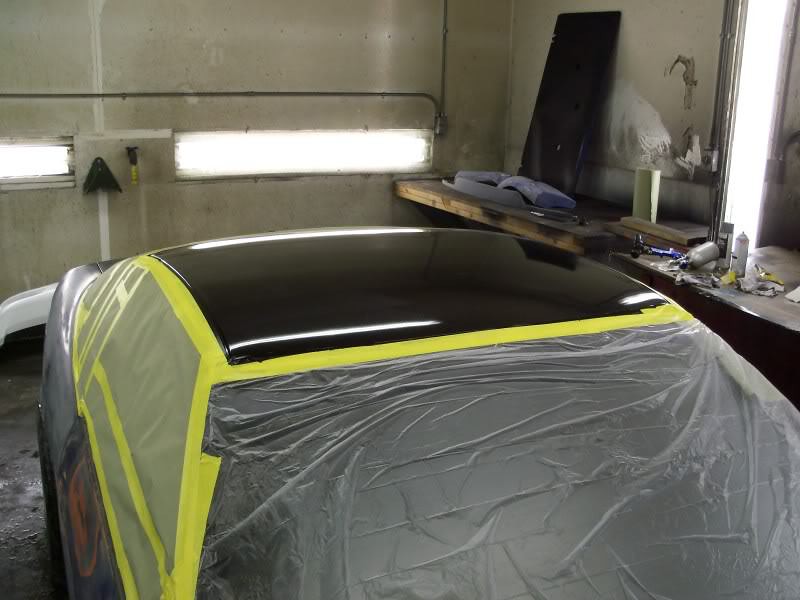 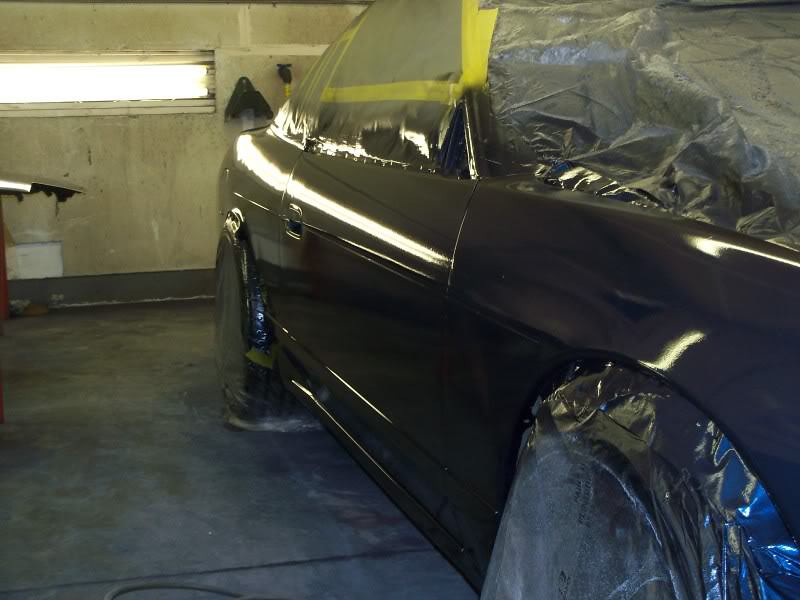 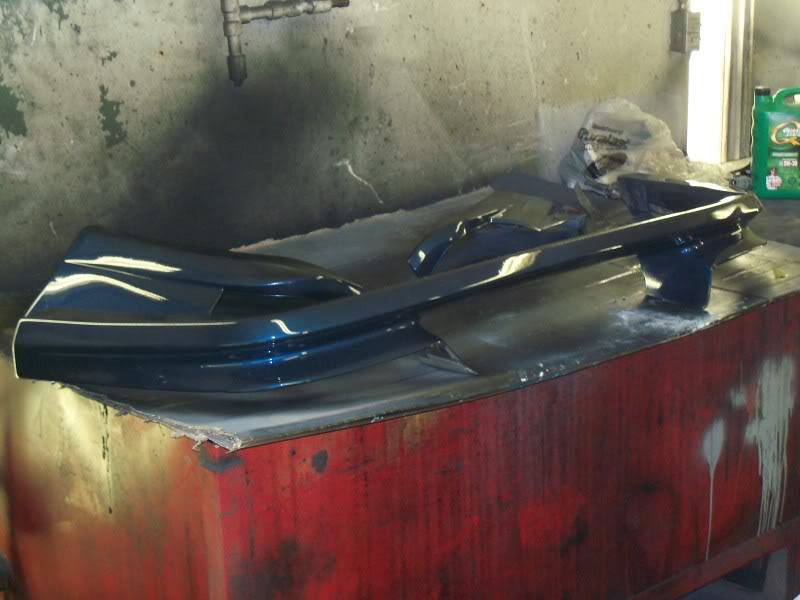 Ugh, so jealous… I can’t wait to paint mine! My rear wheels should also be here next week- it feels like I have been waiting forever for those to come in! I can’t wait to see those on the car. I’ll update again later in the week!