Posted on January 4, 2012 by camryonbronze

Alright, so in early July, just before we were about to take the car on the longest trip since I have owned it, it ended up on a flatbed. Not a good feeling at all, lol. My neighbor and I drove about an hour or so to a local Cars & Coffee meet, and the car stuttered and stalled on the way home. The ignition switch fuse was blown again, but kept popping after a half mile or so each time it was replaced. Ended up taking a $200 ride home and riding INSIDE the car on the flat bed on the hottest day of the summer. Not a great time… 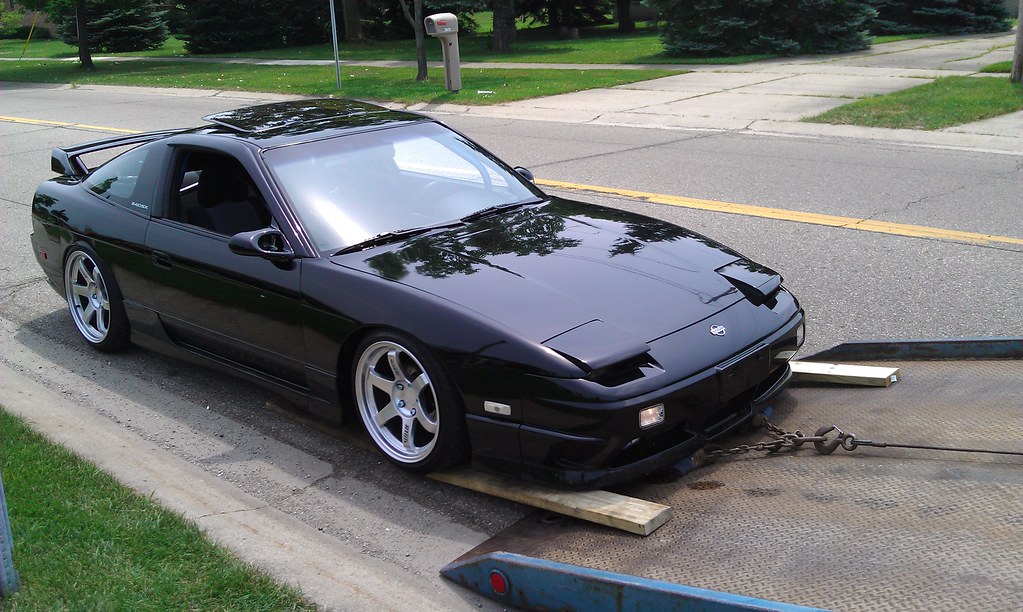 I tore into the car over 4th of July weekend and found that the fuse box had water in it (again) and some power wires had rubbed through the shielding and were touching the metal of the engine bay, shorting out and causing the ignition switch fuse to blow. I decided to move the fuse boxes back into the bay to keep the car as reliable as possible for our drive to Import Alliance in Tennessee. It looked like crap, but it did the trick.

Import Alliance was by far the highlight of the year for me- and probably the most fun I have ever had in a car. It was the same weekend as my wife and I’s anniversary, but thankfully she was totally cool about including this event in our trip. I can’t thank her enough for that- she’s one amazing woman to put up with over 1,700 miles of driving in this crap box without air conditioning during the hottest days of the summer, LOL.

We cruised down on Friday with my friends Kyle (red kouki 240SX) and Jason (Red FD with LSX swap) from Illinois and met up with the Honda Tech caravan in Kentucky. I’d never been on a trip this far in the 240, so it was a little nerve racking- but thankfully it ran well and we didn’t have any issues along the way.

I really can’t describe the experience we had at IA- it was unreal to say the least. I had never been to an event even close to this, so I totally expected to just be one of the guys with a beat 240 in the corner somewhere. The response to our cars was NUTS- I was in disbelief the entire time. We ended up with an awesome spot on Saturday and met a ton of cool people, including Joey Lee from the Chronicles, which was awesome. 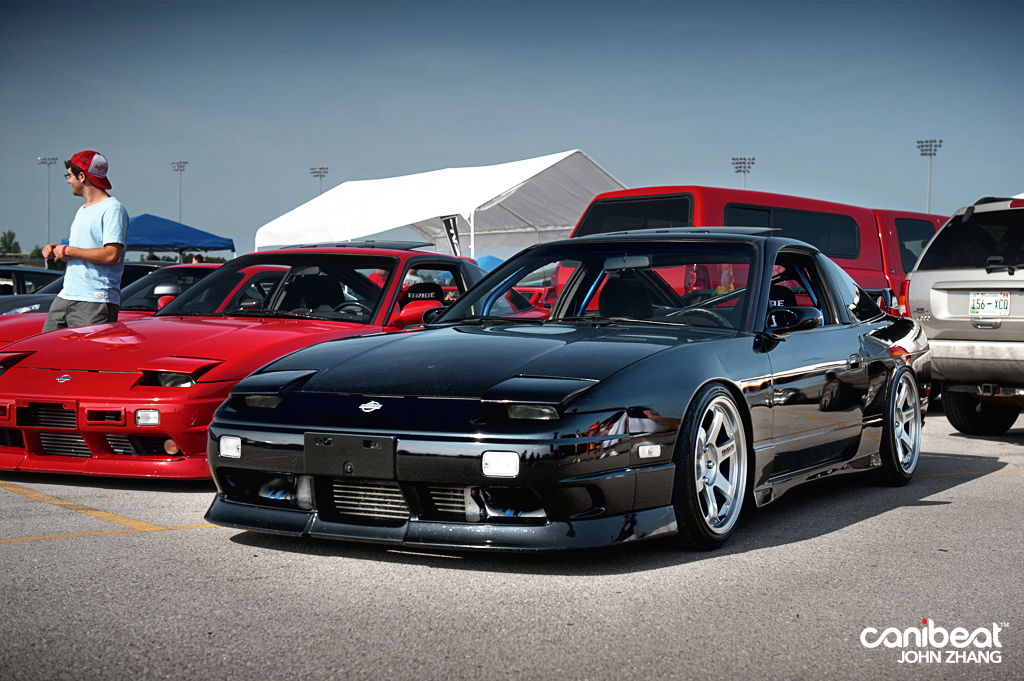 Seeing all of the photos pop up after the meet was unreal as well. Joey was cool enough to talk about our cars and post some pics on The Chronicles, as well as toss a small shot of my car in the Super Street coverage of the event- too cool! I really appreciated that- a small thing that most people might not care about, but it was a huge deal to me.

On Sunday, we actually bumped into Don Napier of Import Alliance, and he was gracious enough to let us park in the VIP area near the vendor booths- which pretty much blew our minds. Again, could not have asked for this to be a better trip- the experiences we had and people we met were unreal. Not to mention the rest of the trip in the mountains with Alicia being a blast as well. I’m really grateful we got the opportunity to do this trip, since I am not sure that we will be able to make it this year- but more on that in a bit.

Less than a month after the trip, I found myself with a broken car again. This time 3rd gear went out- it had been grinding since I bought the car, so it finally gave up the ghost, lol. At least this time I was close to home and was able to drive it there. A friend had a spare he sold me, and I got the car back on the road just days before I was going to head to Chicago for Wekfest.

WekFest was another awesome opportunity for me this year. It was a bummer that my friends couldn’t make it there with me, but I got to make some new ones in the process and spend some time with my brother out there. A lot of people gave Wek Sos crap for how the event was handled, but I enjoyed it- it was great for their first show out of California if you ask me, and I hope that they come out this way again next year. I’ll be there for sure.

I got to meet a few of the guys from JUNKHOUSE, which was really cool as well. Super chill dudes:

I took a few random shots of the car after I got home that Sunday, and they ended up being some of the best shots from the year. I guess I didn’t do much shooting this year, haha.

This was around the time that Jay from JDM Ego sent me an awesome care package full of goodies- one of the coolest people I met (or e-met, lol) this year for sure- really appreciated that and your support Jay!

I didn’t make a ton of wild changes to the car in 2011, but this was another one of my favorites. I was fortunate enough to work out a deal for BH’s old red Bride ZEROS and a red Bride Ergo 1- I believe it is one of two red ZEROS in the states. Awesome seat, and I think this really changed the look and overall presence of the car a lot. I decided to ditch the back seat at this point as well:

Too cool. That just about wrapped up the year for the car, aside from a trip down to Normal, Illinois to see Kyle and Toby for Toby’s BBQ. I stopped along the way to meet up with Max and Tony in Indiana, which was really cool. Chill dudes that I will hang out with again next summer I’m sure.

Kyle took some snaps while I was down there that ended up being the nicest shots of my car from the year. He will probably be bummed to hear me say that since he is always super critical of his work, but whatever haha.

My alternator went out in late October a few days after the trip, and the weather started to get cold and rainy, so I pulled the car for the year and dove into working on the engine bay project for the winter. It was a bummer to end the season with an issue like that, but it motivated me to get to work on this thing and try to address an area of the car that really bothers me.

Overall, 2011 was an amazing year for me- no doubt the best year I have had since I got into the car scene. The list of cool people I met and got to hang out with this year still blows my mind- Peter Tarach, Don Napier, Joey Lee, Big Mike, DPK David, Dave from Canibeat, Danh from MayDay Garage, Josh, Chob, & Phil from Junkhouse; some of the folks at WekSos, Dai Yoshihara, BH, Max, Tony, Chase at ChaseBays, Jay from JDM Ego, etc.- though a lot of those people probably wouldn’t even remember who I am, interacting with all of them really made my year great. I’m really looking forward to being a part of the scene and making new friends again while driving the 240 in 2012!

That being said, my wife Alicia and I are expecting our first child at the end of June 2012. We are both really excited to start this new chapter of our lives! I might be on a bit of a hiatus for a while this summer, but I don’t have any plans to give up or sell the car at the moment. I probably won’t make it to the IA summer meet again due to the timing of the little one, but I should still have a chance to get out there with the car and enjoy it a bit this year. Here’s to a happy and healthy 2012- thanks for reading, and I hope you stick around to see what goes down this year!