Well, I finally got to drive the car over the weekend- and I am happy to report that the car and I made it to Chicago and back in one piece, lol. It wasn’t without problems though. When I went to leave on Saturday morning, the car wouldn’t start. I noticed that the fuel pump was not priming when I turned the key to the “ON” position. I removed the fuse, inspected it, and put it back in the fuse holder. After doing this the car fired right up. Pretty weird, but at least it seemed to be running OK.

About two hours into my drive, I realized that a family in a pickup truck was trying to race me, lol. They kept pacing me and revving at me, so I let them get back in front of me. They proceeded to drive about 60 MPH, so I got on it in 3rd gear to pass them. When I shifter into fourth, I noticed the car drop to idle speed and the gas pedal had no tension in it. Cool, I snapped my throttle cable… lol.

After pulling over and popping the hood, I realized that the cable had only come disconnected at the throttle body. Whew. I brought some tools with me on the trip, so I tightened everything back up and was on my way within about ten minutes. I think I must have forgotten to tighten the cable after I put the engine back in. This is exactly why I wanted to test drive the car for a week or two before leaving on a big trip like this, haha.

Making my way around the lake.

Despite being concerned about the starting issue, I decided to stop and get gas shortly after entering Indiana. I like to gas up at the same exit every time I go to Illinois- it’s a great spot to pull off before the traffic starts to get insane. Fortunately, the car fired right up after filling up, and I was on my way to meet up with Ginash of JDM Chicago before the show.

I eventually made it safely to Ginash’s house. He turned out to be a super cool dude, and it was nice talking to him about the Chicago scene and cars in general. His NSX is a super nice car- the attention to detail is very impressive. After waiting for a while for the other guy rolling with us to arrive (white widebody NSX from Wisconsin) we were on our way to the show.

I don’t know much about this car, but I guess the aero kit on it is one of three in the world or something. Whatever the case, it was a really impressive car. Sounded awesome! I was a bit embarrassed rolling with these guys in my beat old S13, lol.

Obligatory JDMC sticker for the show!

Unfortunately, I pretty much didn’t take any other pics over the weekend, lol. We arrived at the show after meeting up with the other JDMC booth guys and parked the cars. Kyle and Jason were already at the show when I got there, so it was cool to hang out with them. Kyle’s 180 didn’t feel like going to the show, so it decided to break its starter the morning of the show, lol. We ended up just rolling around in my car and Jason’s FD for the weekend.

Here’s a shot of my car someone took at the show. I took a crappy cell pic of my car there, but my phone decided it was too crappy to save. 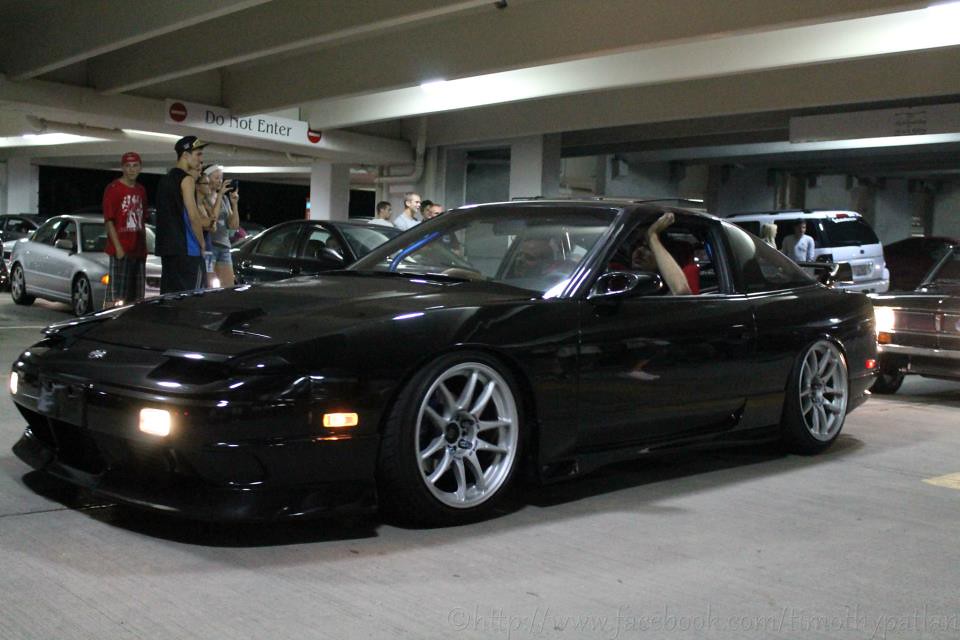 The show itself was pretty fun for the most part- pretty standard car show stuff. By the time you finish up a 7 or so hour car show with loud music, air horns, subwoofers, and two-steps blasting in the hot sun, you have usually had enough. It was cool to see a show I had never been to and meet up with a lot of the Illinois people that I only get to see a couple times per year though. I even met a couple of people that said they read the blog, so that was pretty surprising to me- appreciate that!

The drive home was uneventful for the most part. Kyle and I crashed at my brother and his girlfriend’s place in downtown Chicago on Saturday night, and we proceeded to blast my frame rails on some stuff downtown on the way there. Lots of speed bumps in his area, haha. The car didn’t want to start when I left to come home Sunday morning, so I had to pull the fuse again for the fuel pump and it fired right up. Very strange- I am going to have to look into that this week and see if I can sort it out. 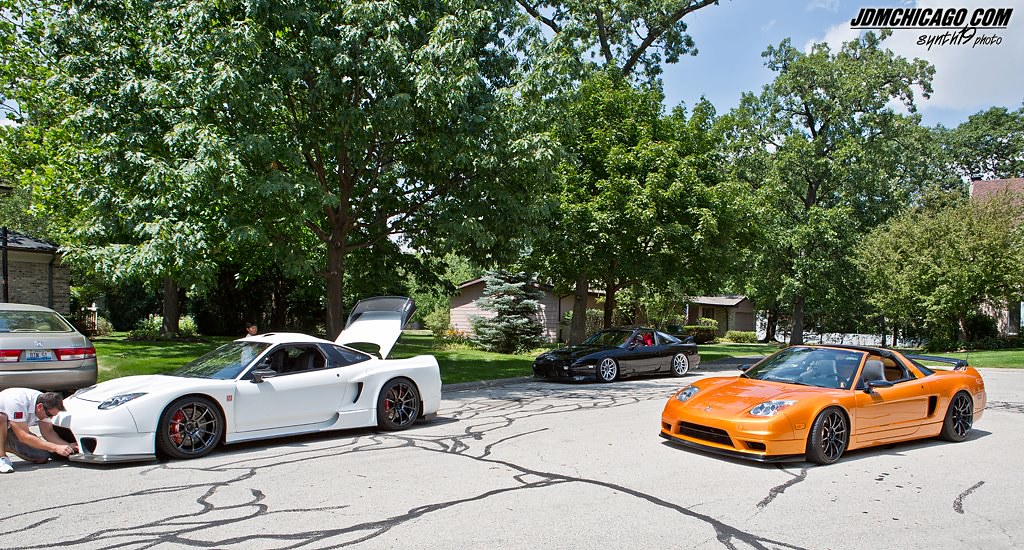 Big thanks to Ginash and the other people I met in the JDMC booth for offering me the spot and being really cool to someone from out of state! I had an awesome time seeing old friends and making new ones. As cool as this show was, hopefully next year I can make it back to Import Alliance for my big summer event!

2 Responses to Another Level Chicago 2012