In my quest to replace virtually everything made out of rubber on my aging S13 chassis, I found myself inspecting all of the little rubber bumpers located on the different parts of the car. I had replaced a couple of these when I had my engine bay painted back in 2012, but most have them are still original. These seemingly insignificant little pieces of rubber can have a big impact on how your body panels line up and how efficiently your doors close so they’re a fun detail to consider adding to your build. 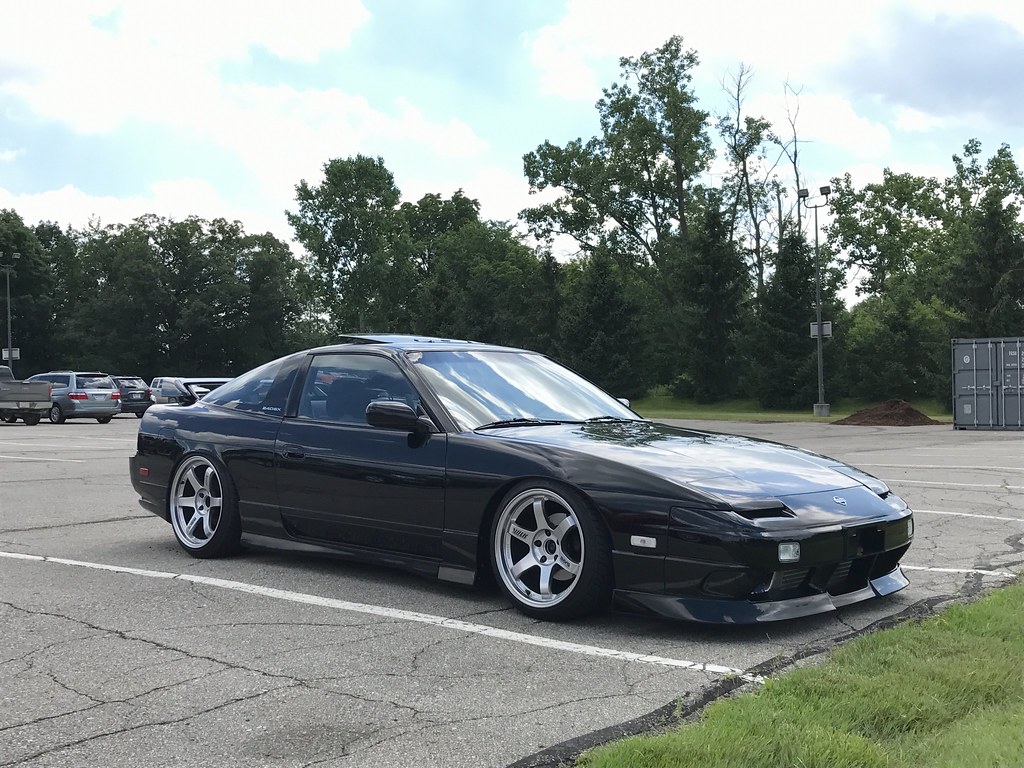 Beginning with the engine bay, there are three pairs of bumpers located under the hood. The first pair are located on the headlight brackets at the front of the hood- these allow you to adjust the gap between your hood and front bumper: 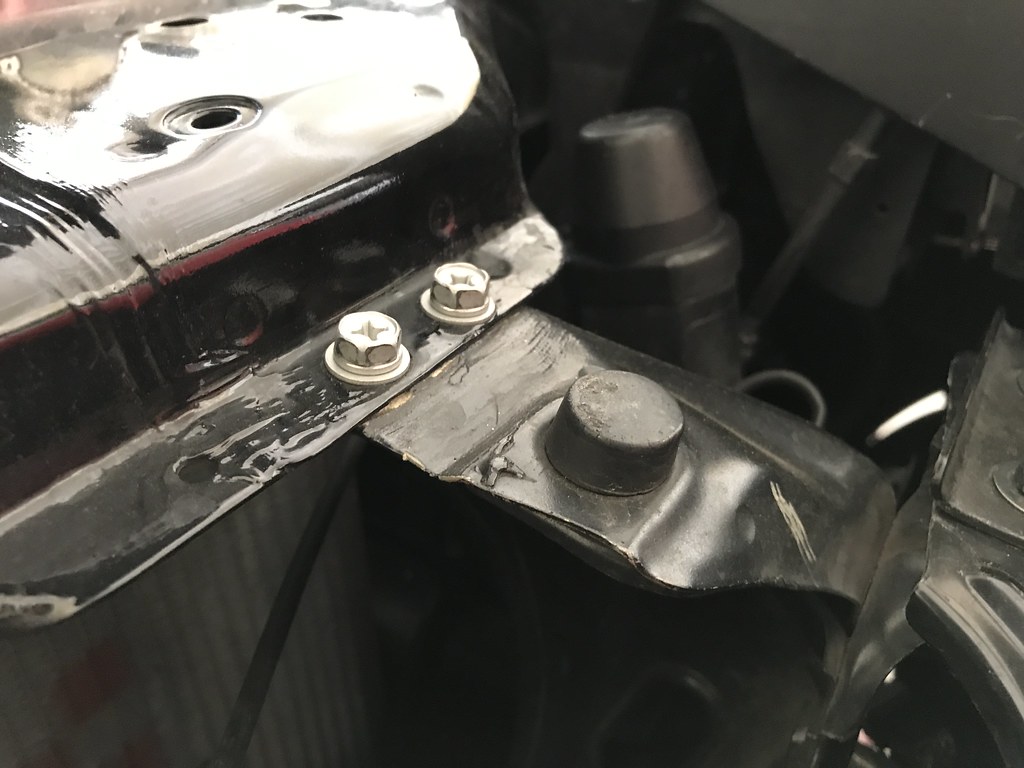 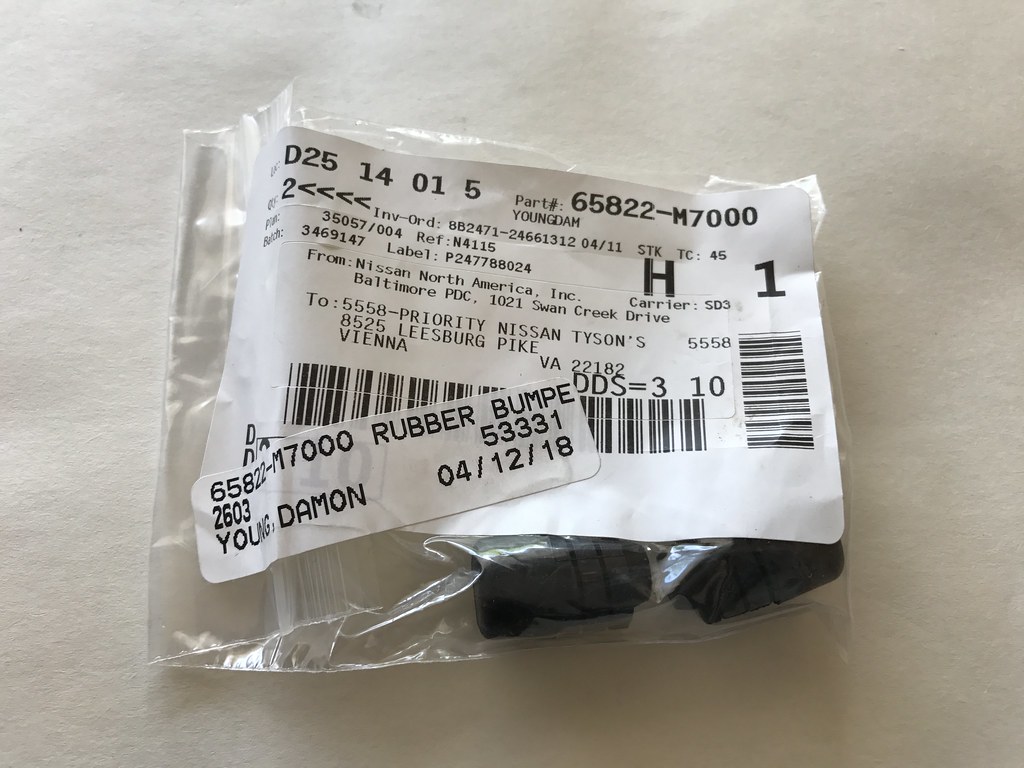 The second pair features a similar threaded design that allows you to adjust where your hood rests. These are a big help when adjusting the gap between your hood, fenders, and headlight covers: 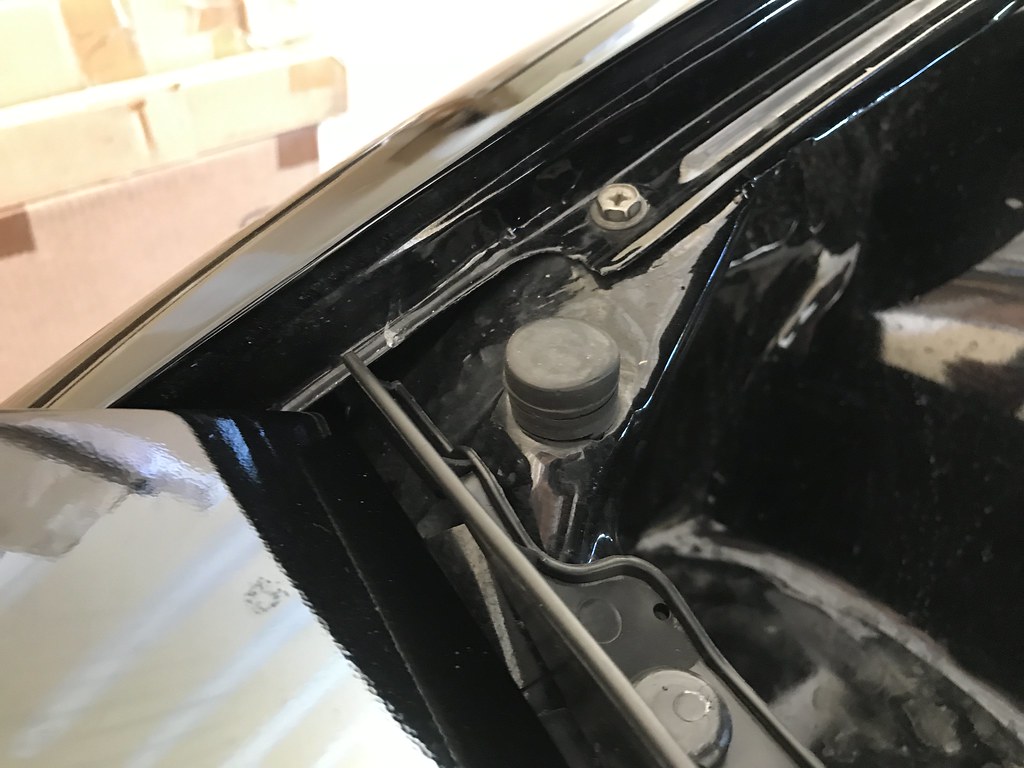 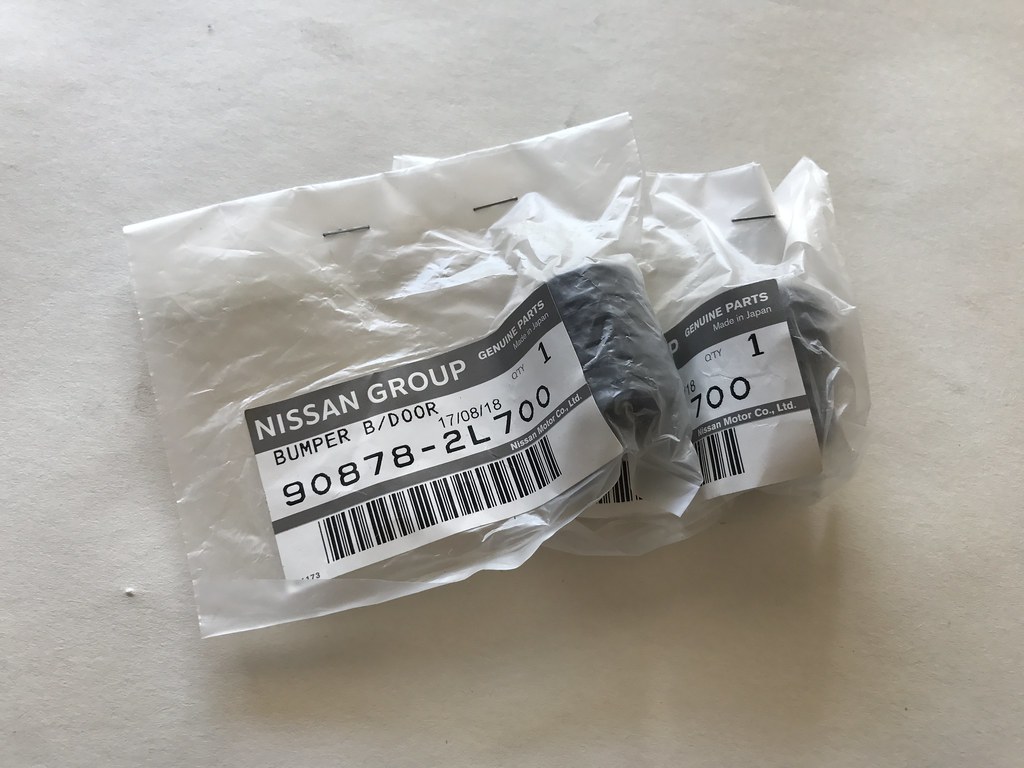 The third pair is missing from my car entirely as I once thought they were discontinued. I had to remove the metal plates along the shock tower and create new ones from sheet metal when I painted my engine bay in order to remove some pesky rust. The rubber bumpers fell apart during the process and I never managed to replace them, but you can see the hole where they should be located: 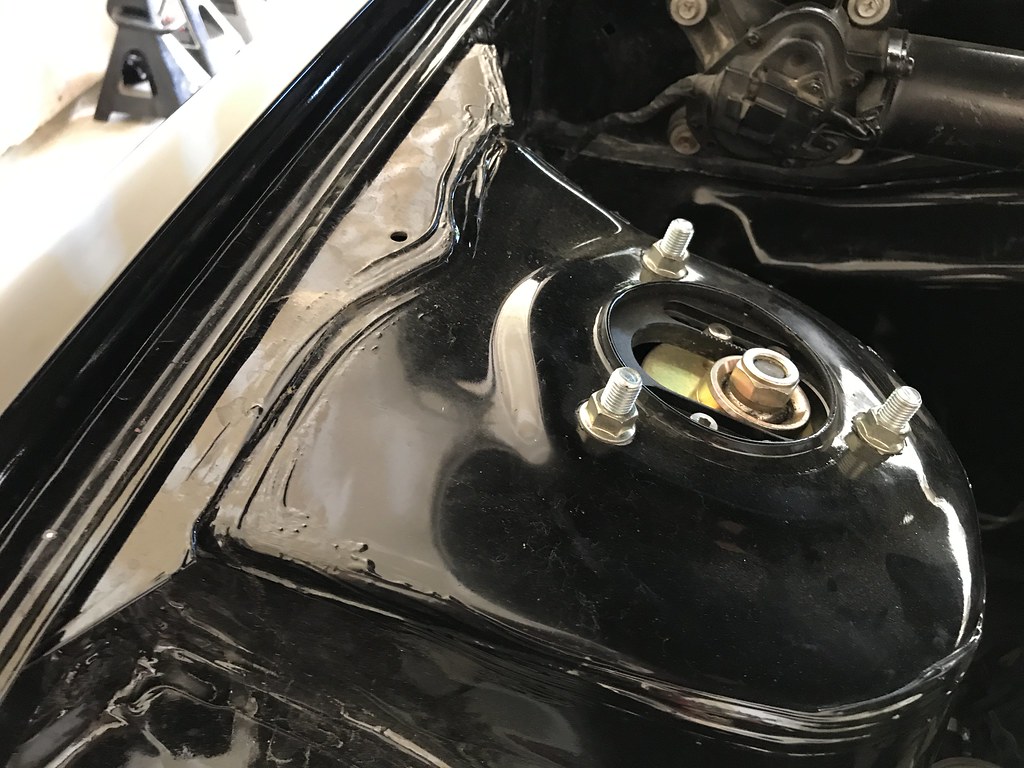 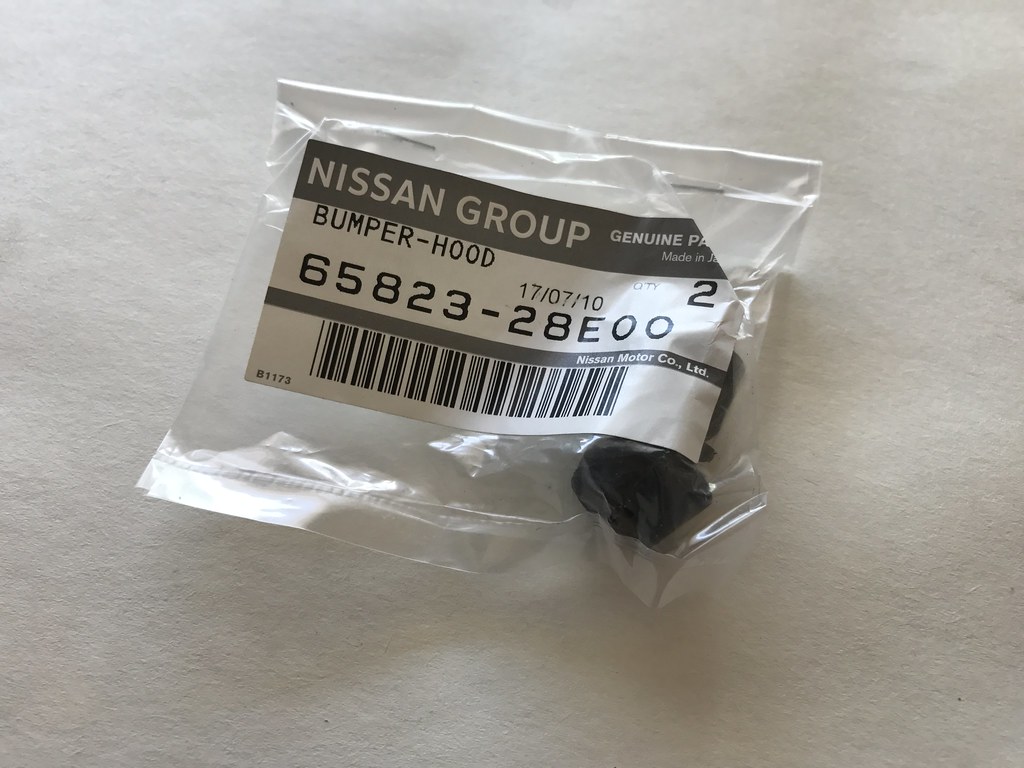 Next up are the rubber bumpers on the driver and passenger doors. These ones gave me a hard time as I could not find them here in the states, but thankfully I was able to track them down. You’ll need a total of four of these since there are two on each door. These are a perfect compliment to replacement door strikers! 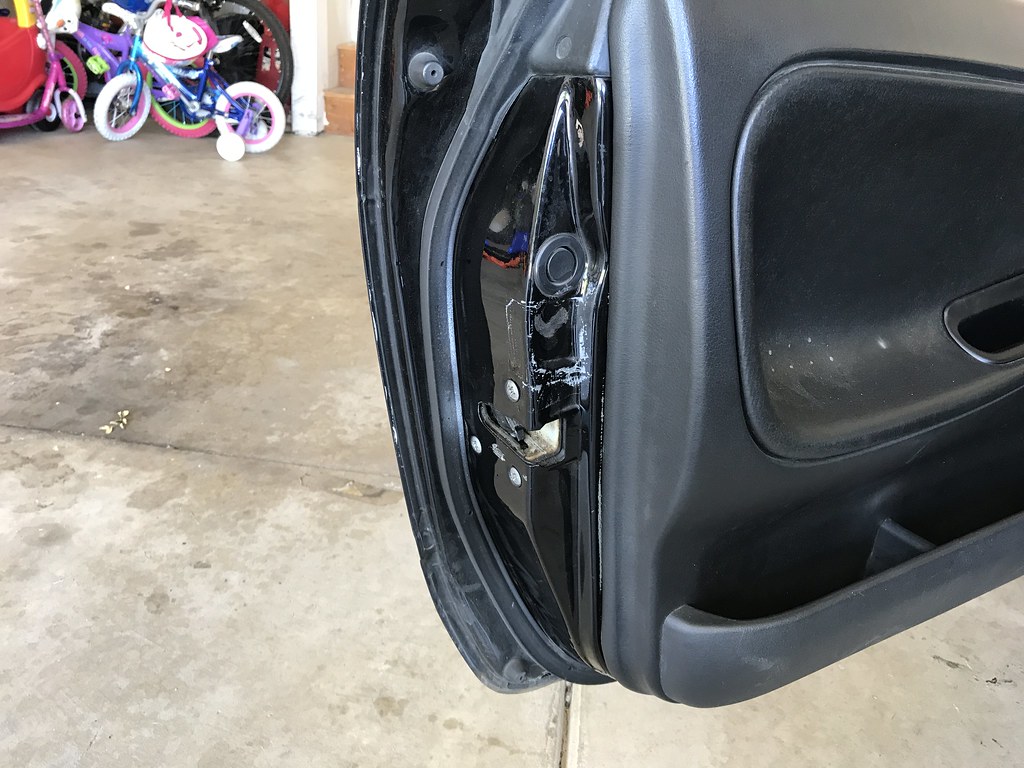 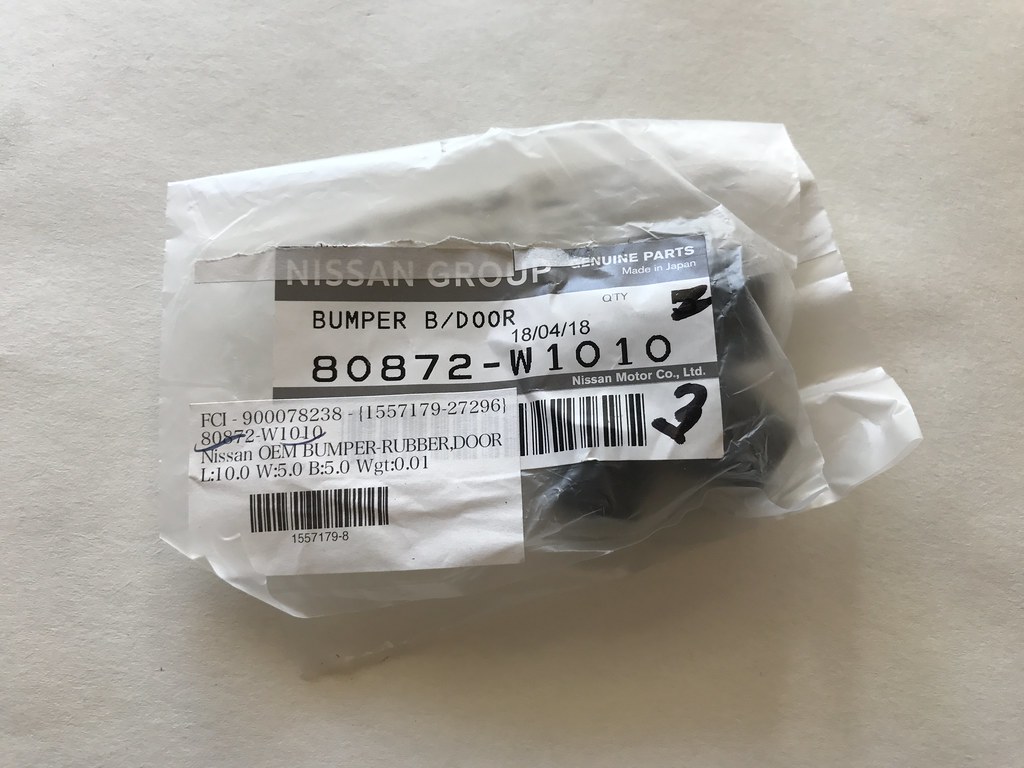 Finally, I purchased replacements for the two bushings located on the rear hatch. Mine are extremely hard and brittle so I am looking forward to the day that I can replace them. 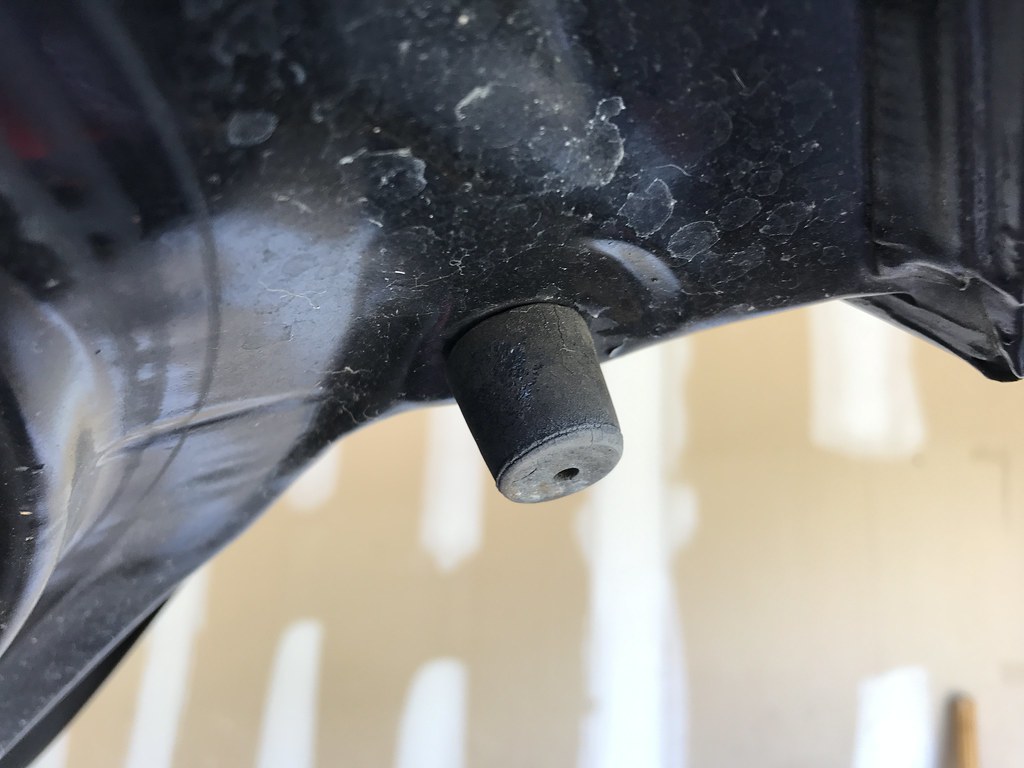 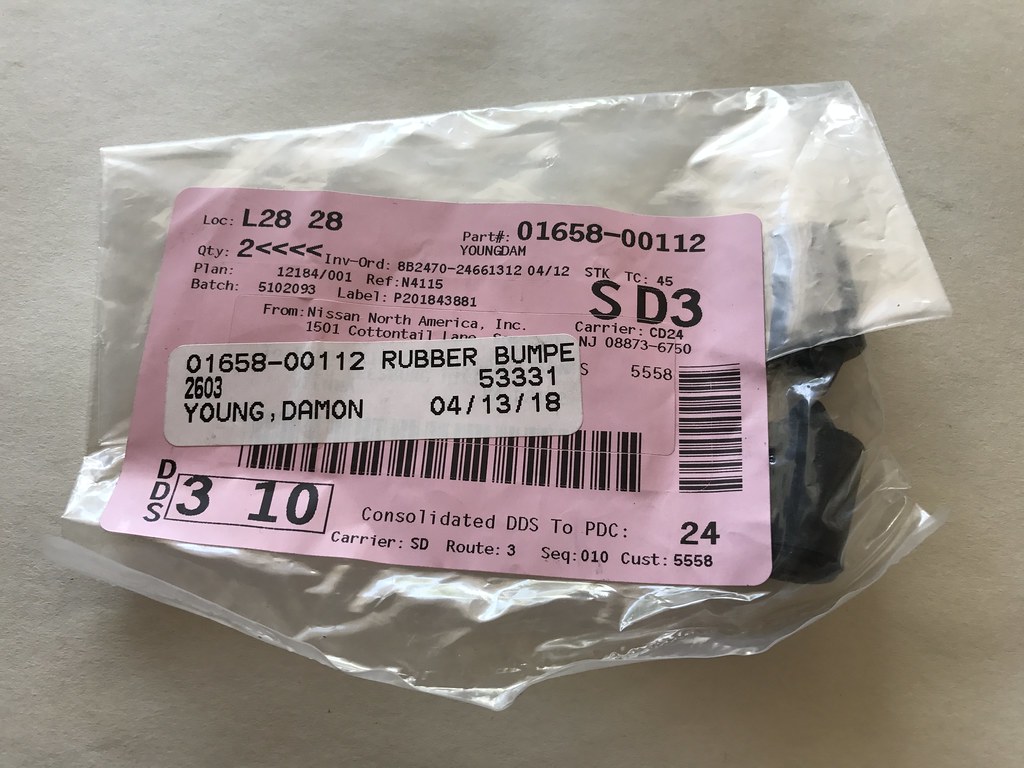 There’s one final rubber bumper on the car that has managed to elude me, and that is the tiny one located on the fuel door. This one seems to be discontinued in both the US and Japan despite my best efforts to locate one. I even looked into replacing the entire fuel door, but the bumper is not included. Perhaps one day I’ll be able to find one that carries over from another Nissan, but fortunately mine isn’t in too bad of shape. 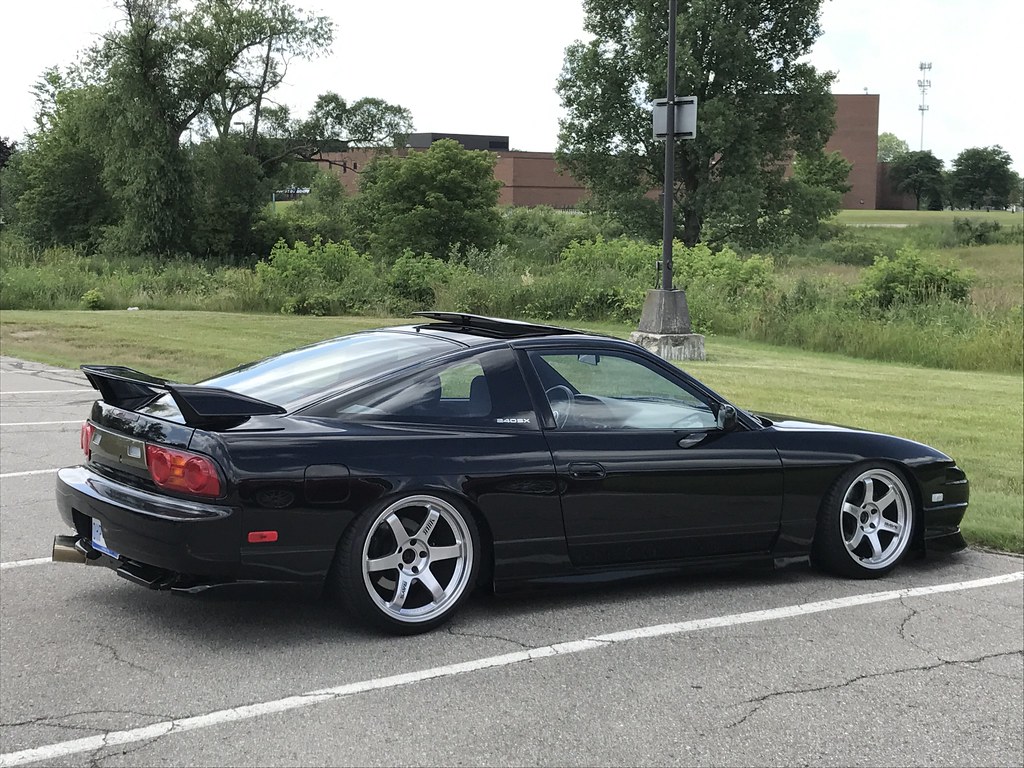 Not much has changed with the car itself in the last week other than a quick car wash. I’ve been enjoying driving it whenever the weather and my schedule allows which fortunately is fairly often. My wife and I drove the car down to Ann Arbor for dinner and a movie earlier this week which was a lot of fun. It’s rare that we get to drive the car since we always have the kids with us so it was quite a treat. 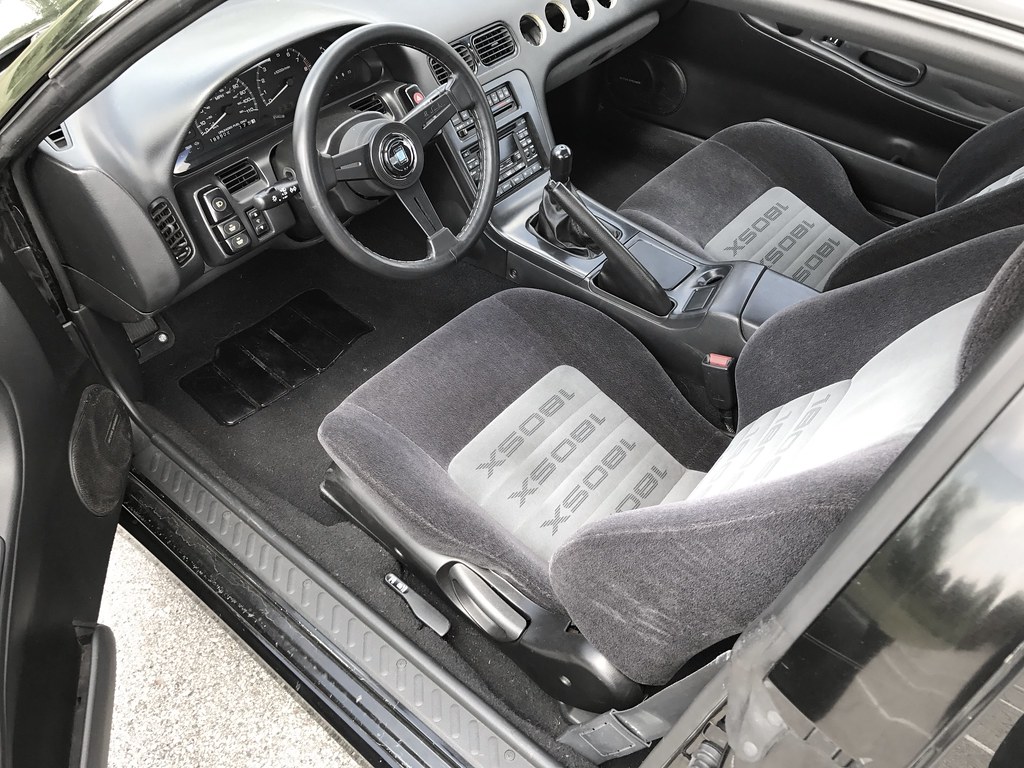 The interior is still in rough shape, but I hope to have it looking presentable again soon.

I would be remiss if I didn’t wish a happy sixth birthday to my oldest daughter Kinsey today! I can’t believe how the time has flown by- pretty amazing. 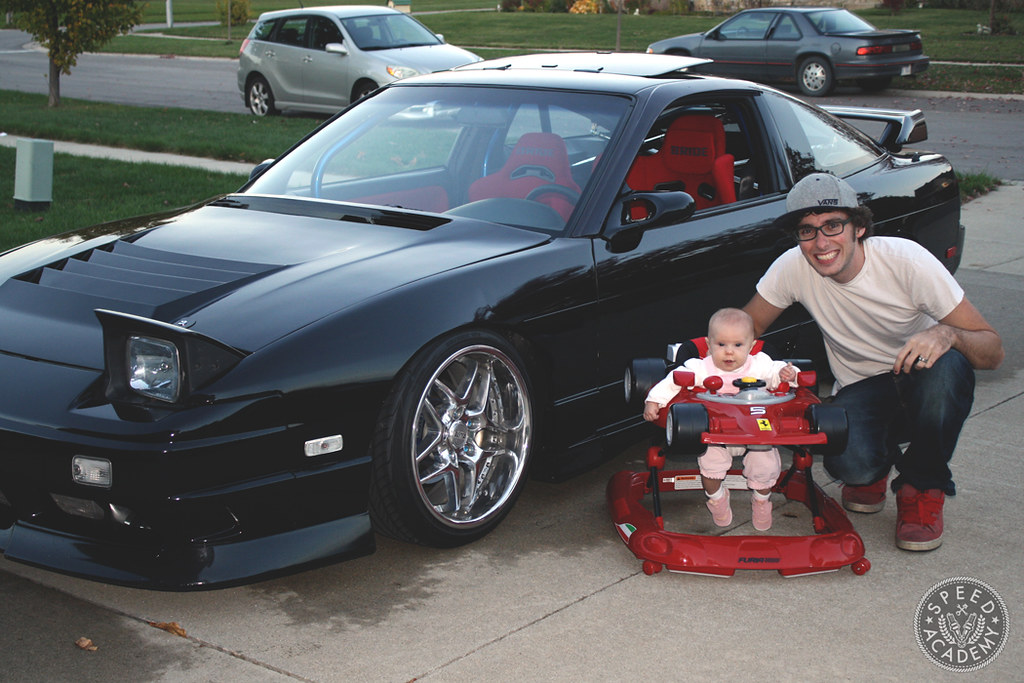 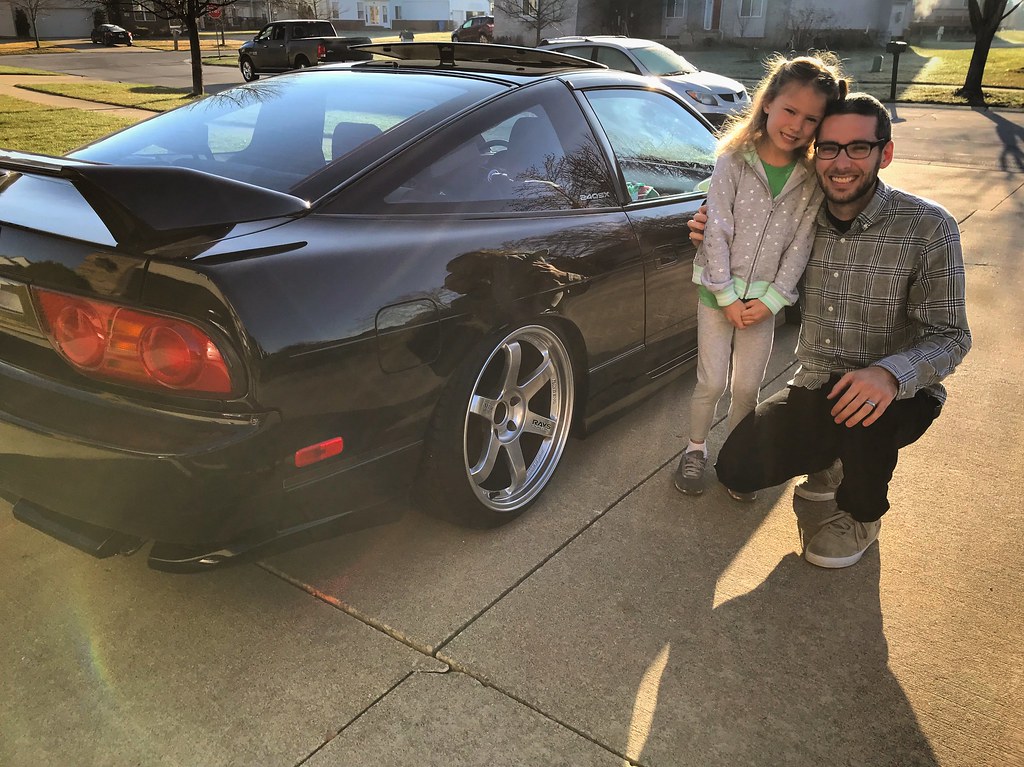 That’s my update for this week! Hopefully you find this information useful. Have a great weekend!