With summer in full swing, I’ve been spending most of my free time away from work with friends and family. We have been fortunate enough to enjoy a lot of really cool stuff that comes with Michigan living in the summer which is really nice. You’ll learn that Michiganders tend to take advantage of nice weather at any opportunity since we live in dark, dreary, and cold conditions for half of the year. Summer is always a time to be appreciated and enjoyed. 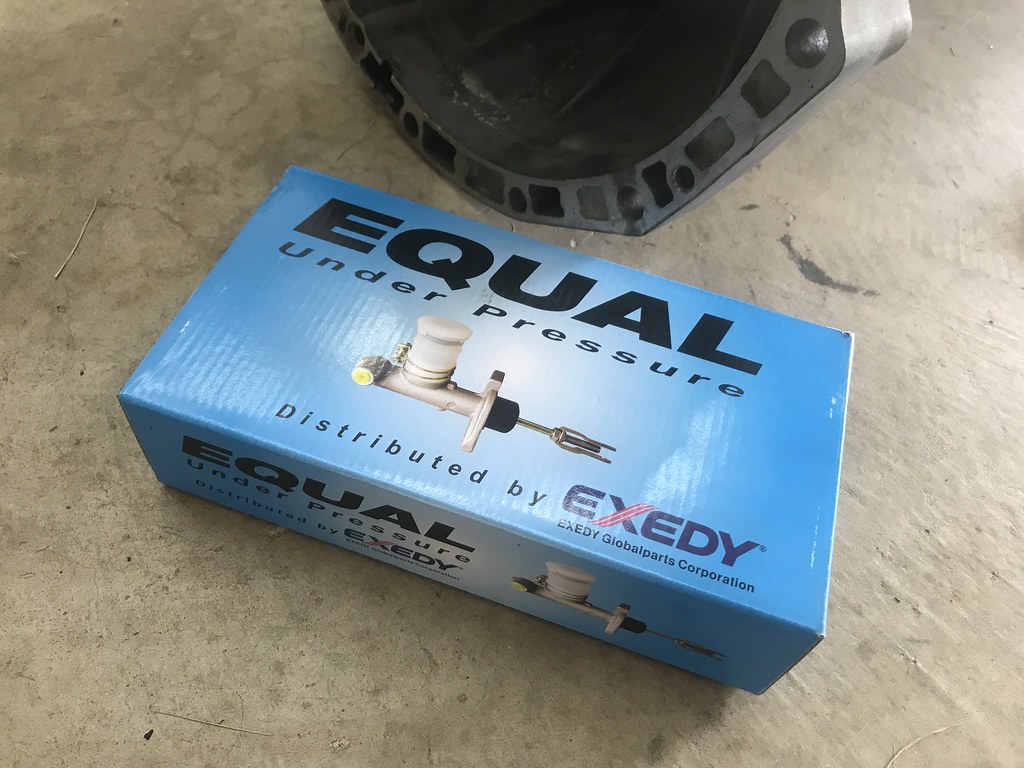 Look at this and try not to start humming Queen…

While our Fourth of July weekend was very busy, I did spend a small bit of time out in the garage over the last couple of weeks. Though I haven’t accomplished a ton, I continue to make small bits of progress. I picked up a clutch master cylinder for the PS13 manual conversion from Exedy. I probably should have gone with an OEM Nissan one, but the price was hard to pass up. Perhaps this will change down the road, but it should be sufficient for now. 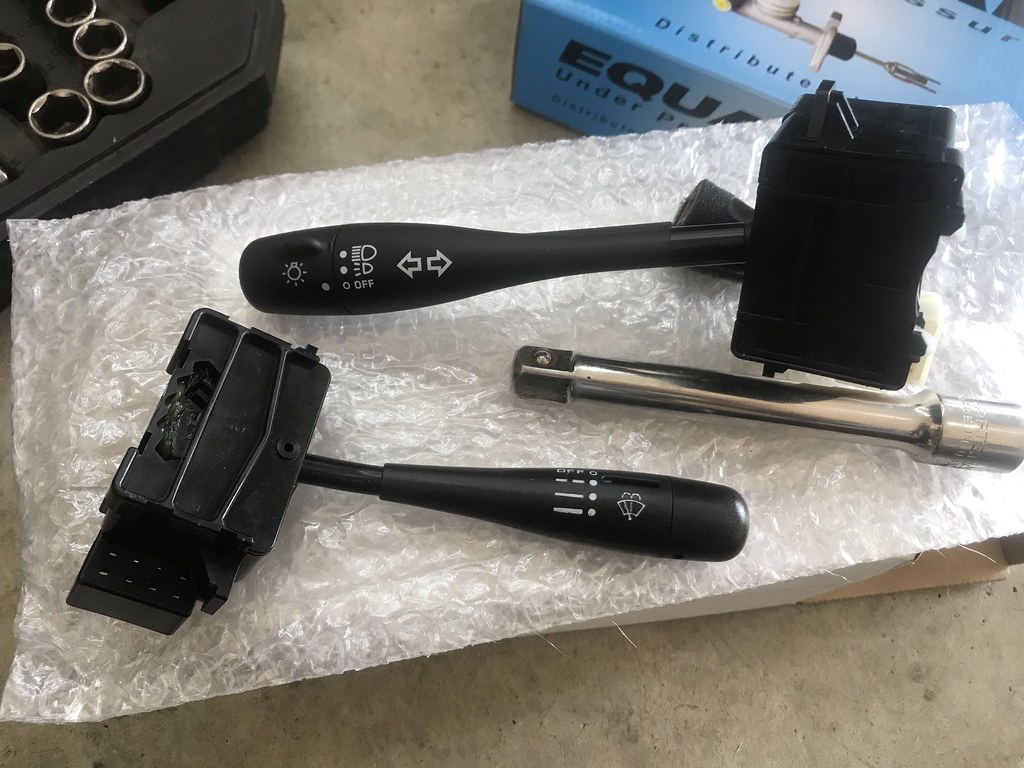 I also picked up some brand new windshield wiper and turn signal stalks for the eventual PS13 interior completion. One of these is discontinued from Nissan, but the other is still available. I was able to source these ones from Rock Auto for a reasonable price, and they’re identical to the factory Nissan components in every way. I did the same for my hatch a year or so ago and it really cleans up the interior nicely. 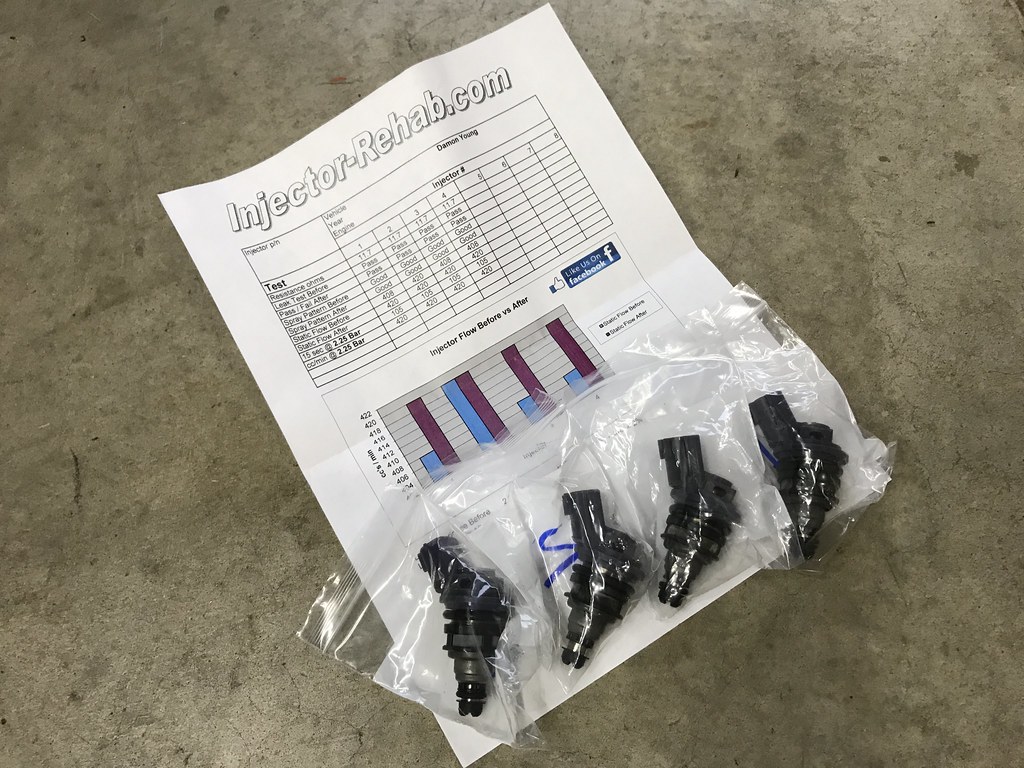 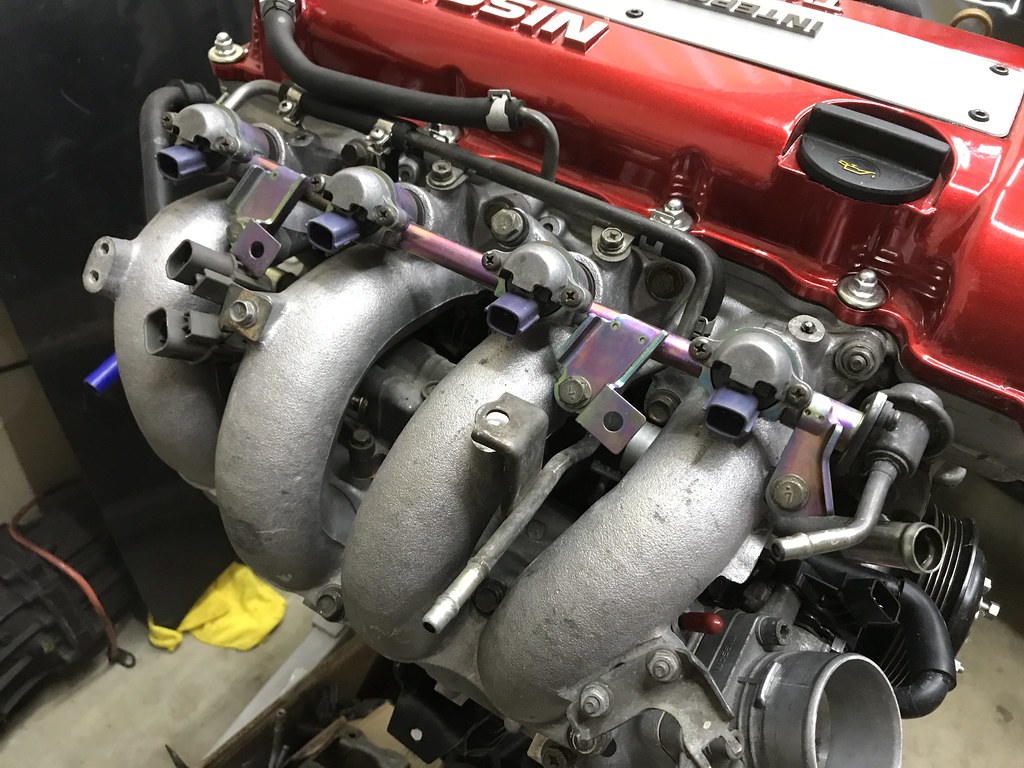 I sent my fuel injectors out to Injector Rehab to have them cleaned and flow tested. I was pretty impressed when I sent them in on Monday and got them back by Friday! They also installed new O-rings and pintle caps- which is a good thing since my caps were cracked and in very bad condition. I spent some time cleaning up the fuel rail before reinstalling it on the engine with the refreshed injectors. I also replaced the small portion of fuel line on the rail and the O-ring inside the FPR. 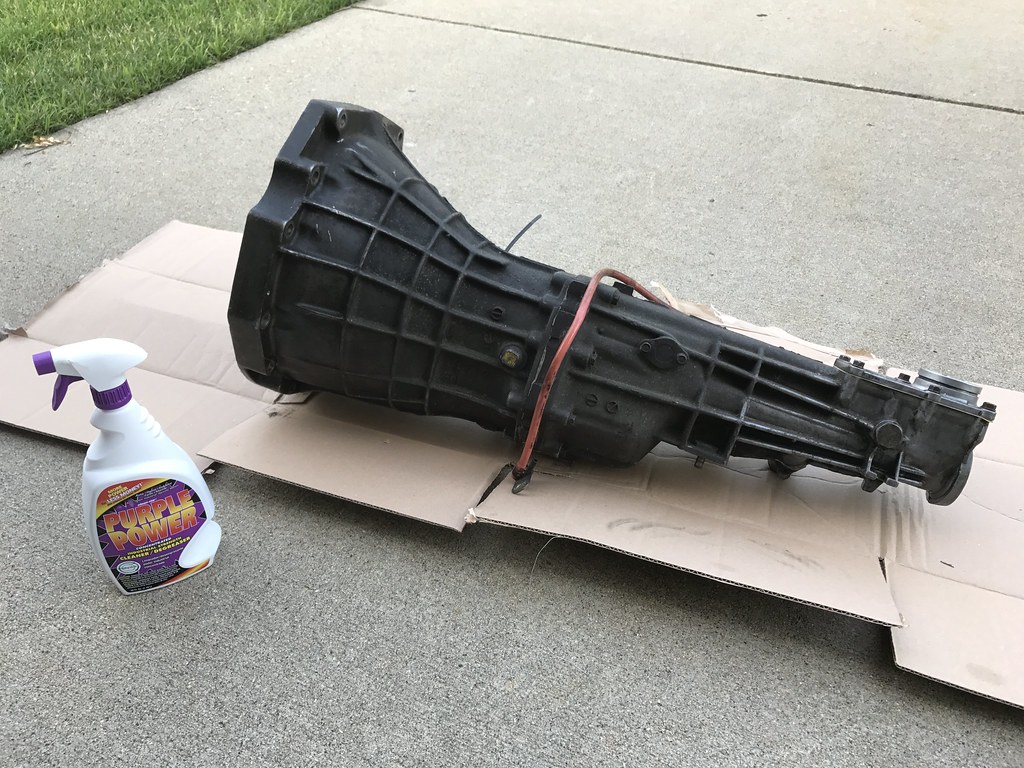 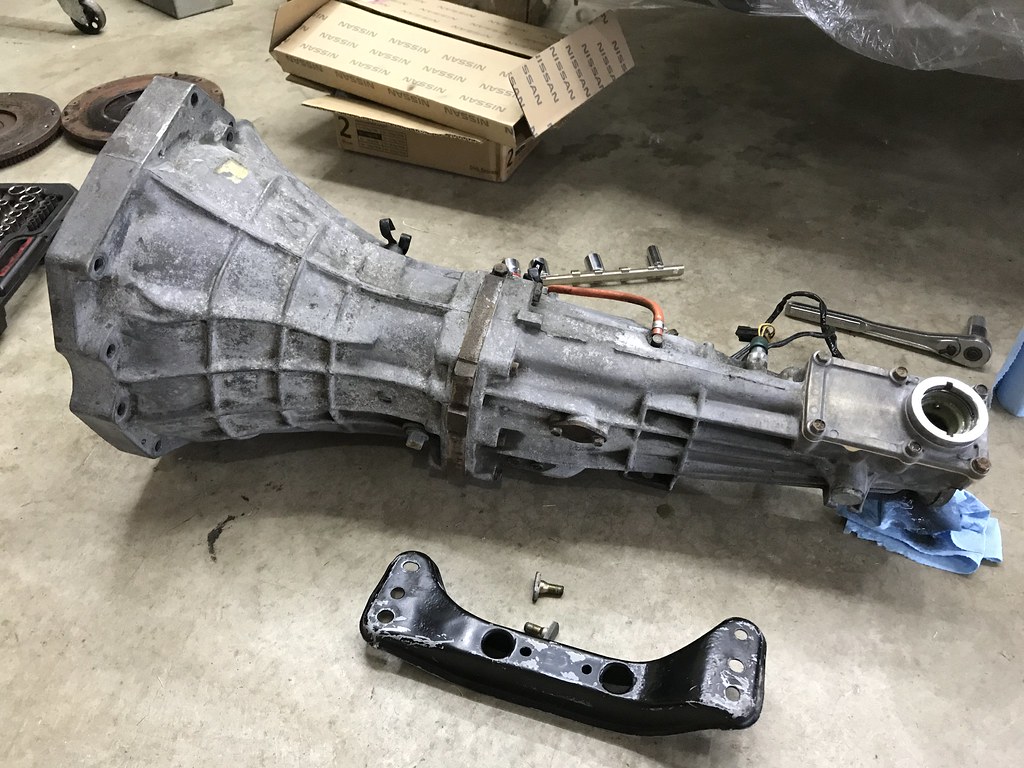 I next turned my attention to cleaning up the filthy transmission. I think it might have actually looked better dirty, but at least it won’t be a mess when working under the car in the future. I also cleaned up the manual crossmember I acquired for the manual swap. I need to replace a couple seals on the transmission and fix a broken wire on the reverse light sensor and then it should be more or less ready to go. I noticed the drain plug is stripped and appears to be stuck, so I should probably figure that out as well before it goes in the car. 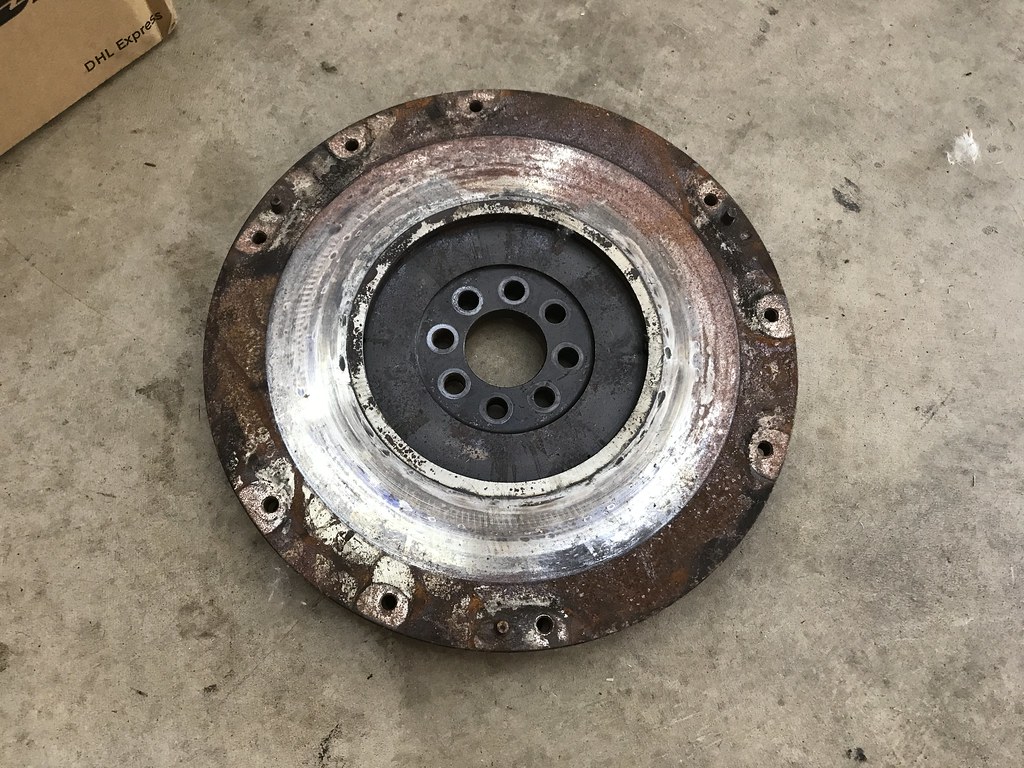 Yikes… that ain’t going to cut it.

I’m just about ready to take the engine off of the stand so that I can replace the rear main seal before mating it with the clutch, flywheel, and transmission. My factory flywheel has seen better days, so I need to find a solution for that. I would ideally like to install a NISMO Coppermix clutch and flywheel, but I am not sure that is going to be in the cards any time soon. I also need to make a decision about the alternator- either replace it with a remanufactured KA unit, or bolt the current SR one up and hope for the best (the latter being the method I am currently employing on my other car.) 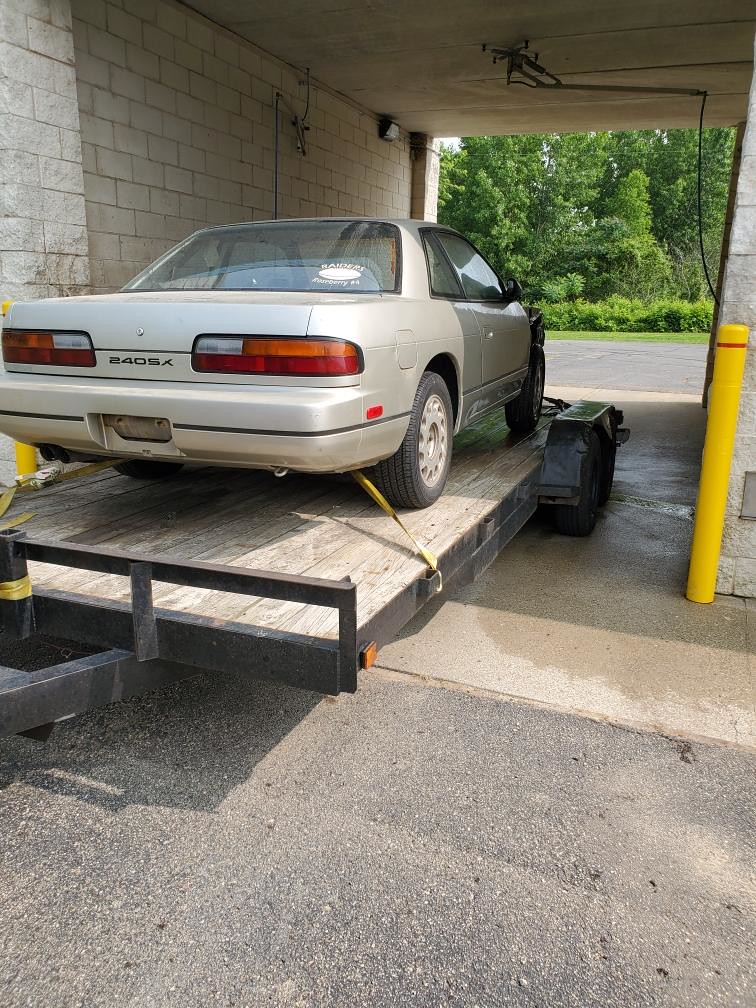 As for the coupe chassis itself, I am finally making a bit of progress- though not through anything I have done directly. My good friend Tim tossed the suspension and some stock wheels he had on hand onto the car for me and transported it to his friend TJ’s shop this past Monday to have the engine bay painted. There is a small spot of rust above the frame rail on the driver’s side that needs to be fixed before the engine bay is resprayed, so that will be addressed as well. 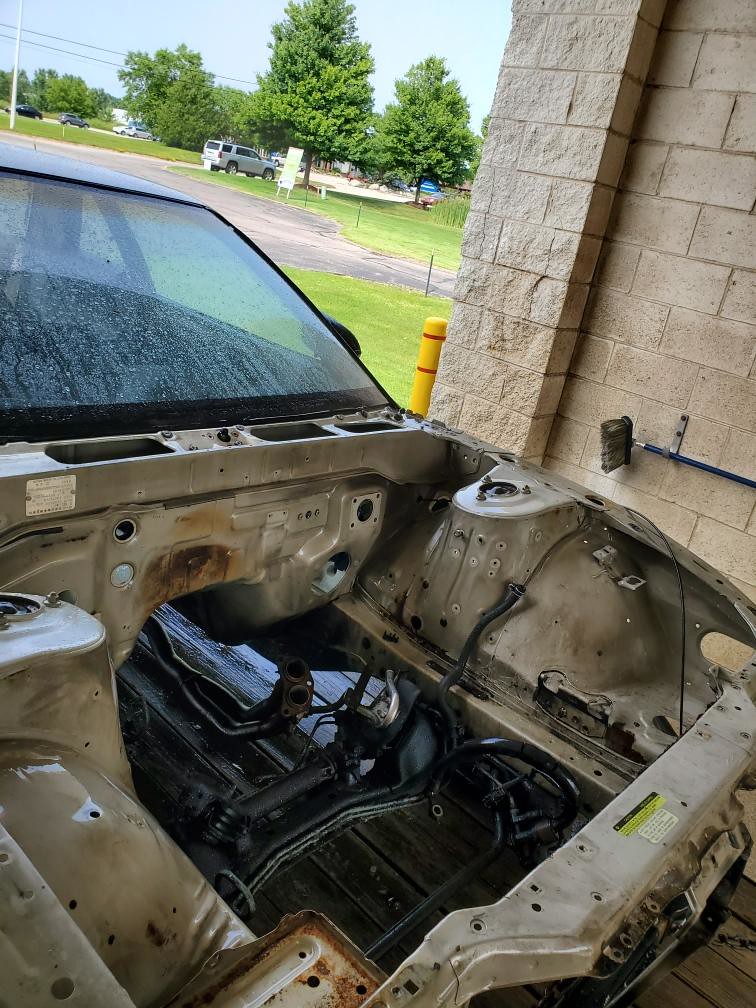 I’m hoping to have the car in my garage at home by sometime in mid August. My wife and I are traveling to Cancun for our ten year wedding anniversary in just two short weeks, so I don’t really plan to try to accomplish anything from a car standpoint until after we return. Our kids will be heading to school not long after that so I am sure life is going to be pretty hectic for a bit, but I’ll continue to tinker with the cars as I am able to. 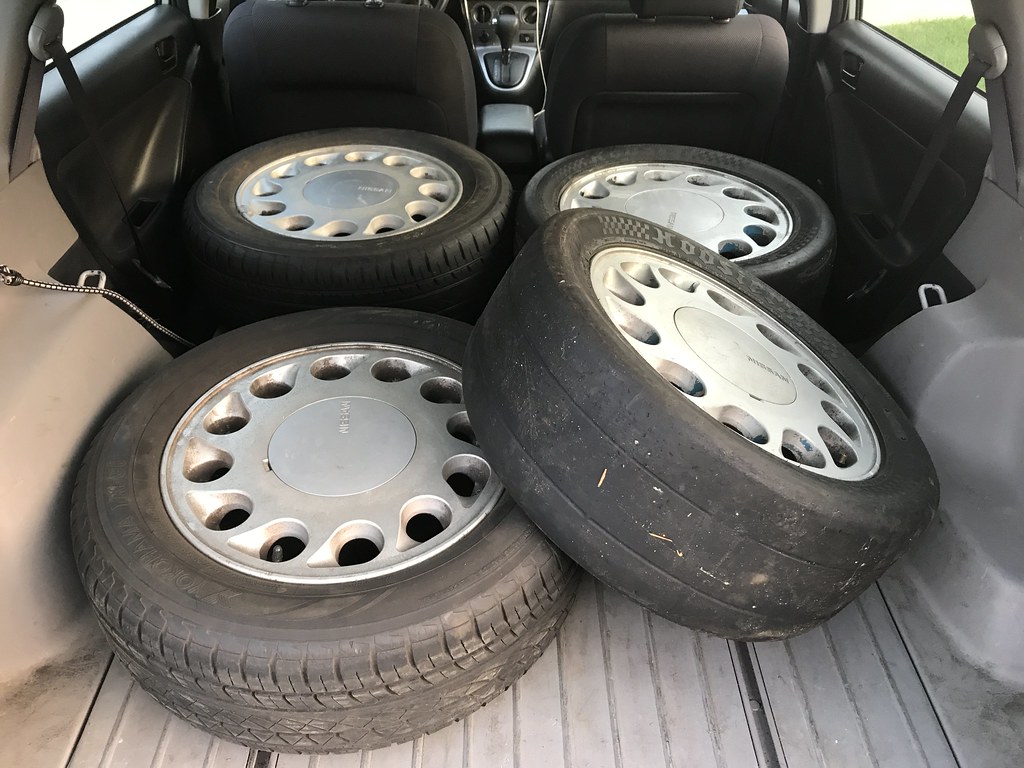 Finally, I picked up a cheap set of “tear drop” wheels with tires to keep on hand for rolling the coupe around once it is in my garage. The ones on it currently are borrowed since I sold the original steelies it was equipped with on one of the other coupes I parted out previously. 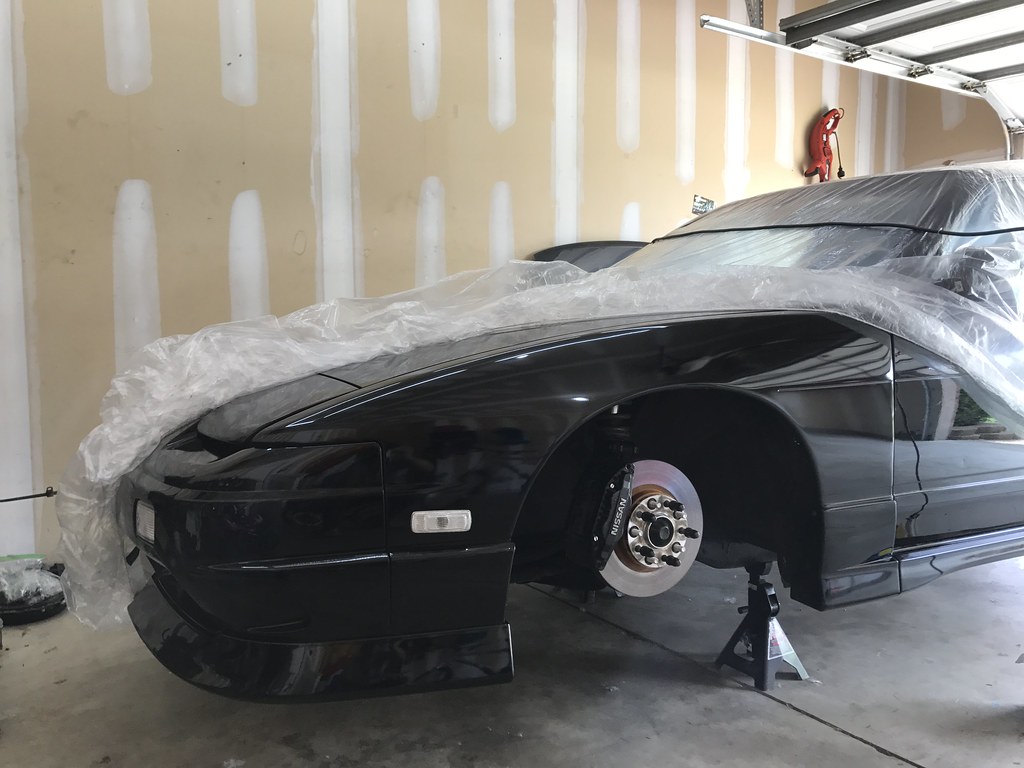 As for my other 240, it’s still just sitting in the garage on jack stands. Though it is tempting to try to pick up a set of wheels for it, I’ll likely try to continue to let it sit until spring. I have a list of small improvements I would like to make on it as time allows, but it’s really just general maintenance type of stuff. No other big plans for it at the moment as I choose to focus my energy on the PS13 for the time being.

Thanks as always for stopping by. Have a great weekend!