The Eagle Has Landed

After last week’s post, I got a little distracted from the goal of dropping the engine into the coupe. A friend shared a deal on a bone stock S13 hatch with me and I decided it would be a good candidate for a part out. Needing a few things for my own cars and always seeking opportunities to make a little extra cash for my project, I decided to pull the trigger.

I enlisted the help of my neighbor Kyle to go pick up the car with me. The seller of course mentioned that I could drive it home if I simply installed a drive belt, but I have learned over the years that what some people consider safe to drive does not always match my thoughts on the subject. Kyle has a really nice Chevy diesel truck and enclosed trailer, so I thought that was probably a much safer option. We went and picked the car up on Friday right after work.

Three of my own S13s at the house… this is a new high score. 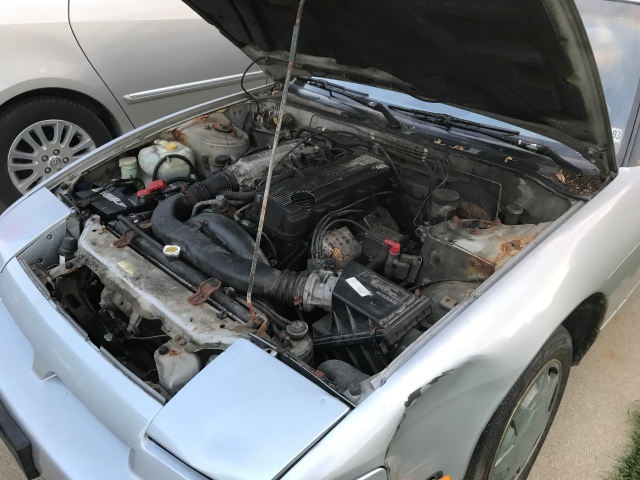 The single slammer in all her stock glory.

In short, it’s a bone stock 1990 base model 240SX. Blueish silver exterior (haven’t bothered to check if it is actually misty blue or not, but it looks to have had some paint work done on it in the past regardless) with a mint blue interior. The car did in fact fire it up when I got it despite the lack of a drive belt for the water pump and alternator which made loading it up a lot easier. The struts are blown, tires are bald, and the brakes barely work- but it does start up and move under its own power. I asked if the owner wanted to keep his gas can, but he explained that the driver’s seat is broken in half and the gas can holds the seat up. Fair enough.

This car would be a pretty awesome find and difficult to part out if it were not for one very important fact that always seems to be an issue here in Michigan: rust. The car is absolutely ravaged with rust on the rockers, rear quarters, frame rails, and just about everywhere really. It’s a shame, because it would have been a ton of fun to use this as a daily or even a winter beater, but that would just be silly at 33 years old with three kids at home. Sadly, this one must move on to the big scrap heap in the sky- but not before contributing some decent parts to many other S13s out there in the process of being restored. 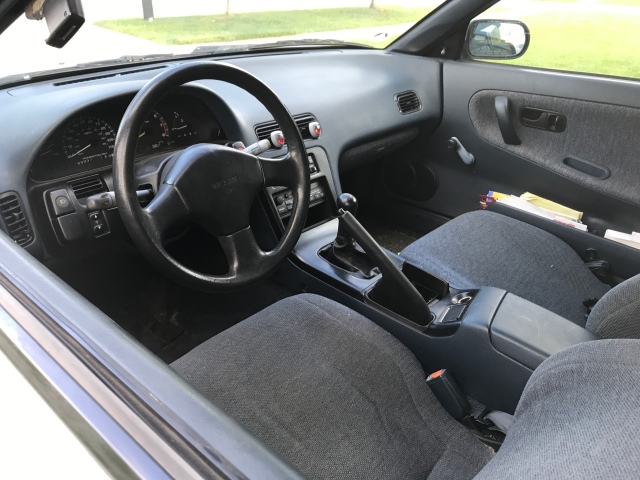 The blue interior was actually in amazing condition.

I managed to strip the complete interior from the car on Sunday and have sold just about all of it for the most part, including the mint blue dashboard and defrost vents. Even the center vent and shifter trim bezel were clean- two items that seem to also be in short supply these days. Tonight I plan to install some temporary wheels on my own hatch in order to swap places in the garage with the parts car and work to finish removing all of the other useful items before placing the rolling shell for sale. Fingers crossed I can make quick work of this and get it out of here so that my car can go back inside ASAP. 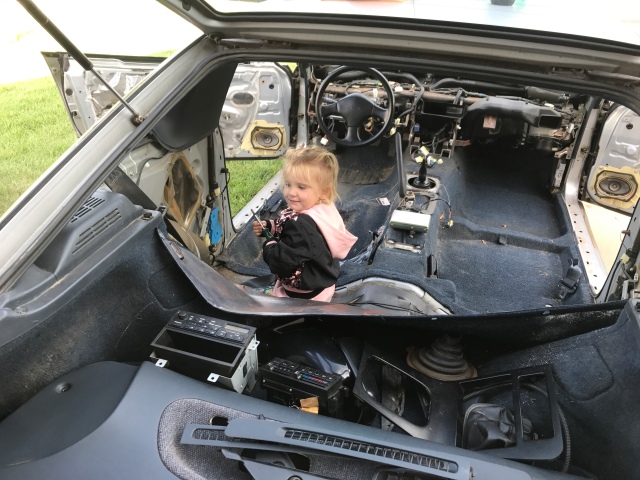 There’s always a little girl around willing to lend a hand. It was Alexi this time around…

Now, back to an S13 we actually care about. After picking up the parts car and getting my kids put to bed on Friday night, I ended up staying out in the garage until after 3 AM to try to make some decent headway. My wife was gone for a girl’s night with her mom, so it was the perfect time for me to sacrifice some sleep and try to get some stuff taken care of.

After torquing the flywheel bolts on the resurfaced stock flywheel, I installed the Stage II Comp Clutch back onto the SR. This is the clutch that was on the engine when I got it and was a fairly fresh install, so it should still have plenty of life left. I really wanted to spring for something nicer, but it just isn’t in the cards at the moment with how many other things are currently on the list. This is the same clutch I have in my hatch, so hopefully it will treat me well for a while until it can be upgraded someday down the road.

I remembered the dust plate first time this try! And it only took 11 years…

I next turned my attention to the transmission. I installed fresh input and output seals, as well as a fresh gasket for the input seal cover. A new rubber boot for the shift fork near the clutch slave was also locked into place. 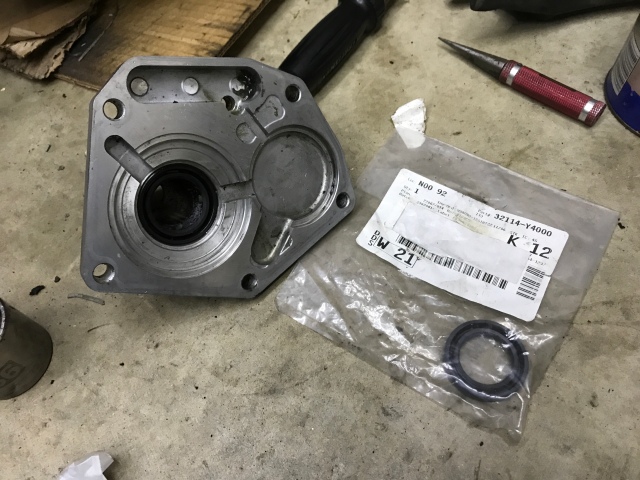 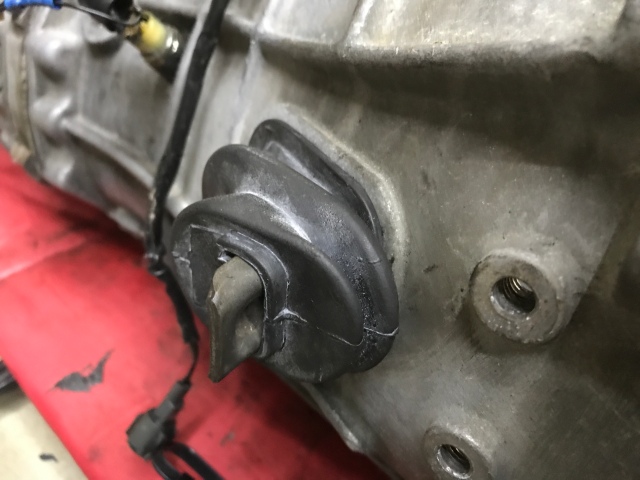 A NISMO pivot ball was also installed along with a fresh OEM Nissan release bearing. The old one must not have been replaced when the clutch was done as it was fairly notchy. I was glad I elected to replace it! 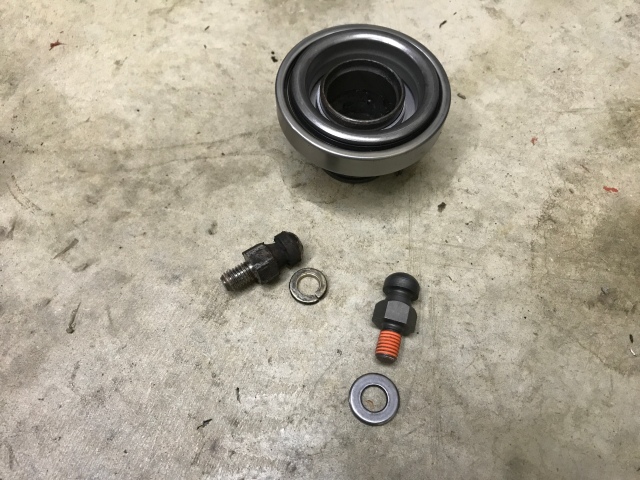 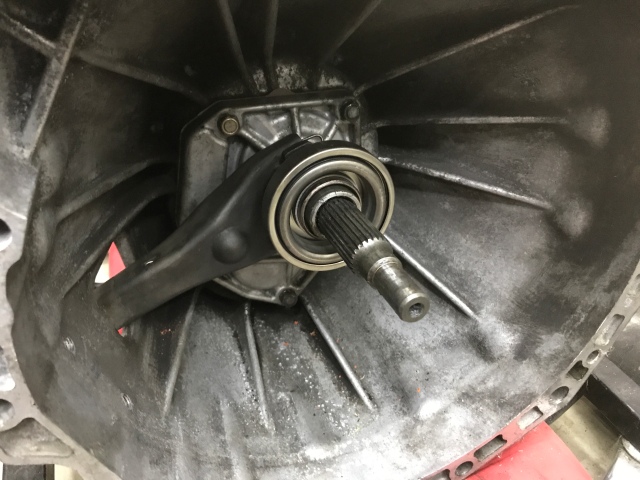 After the transmission refresh was finished up, I set out to complete the tedious task of mating the engine and transmission by myself. This is always a ton of fun, but once I got things propped up in a certain way they finally went together smoothly. I also bolted the starter in place.

A little sketchy perhaps but it got the job done!

My heater hoses arrived from John Kim at TF Works, so I decided to install that on the back of the head prior to dropping it into the car. I’ve waited to do this in the past until the drivetrain is in the car and it typically isn’t a whole lot of fun.

With the drivetrain ready to drop in, I reinstalled the power steering lines on the front subframe so that I wouldn’t have to mess with that later. I do plan to replace all of the lines, but I haven’t gotten a hold of everything to do that just yet. I’ve elected to run the factory power steering reservoir and lines this time around instead of utilizing an aftermarket solution like on my hatch. The reservoir on my hatch leaks like crazy and it drives me nuts. Definitely something I need to address in the future. 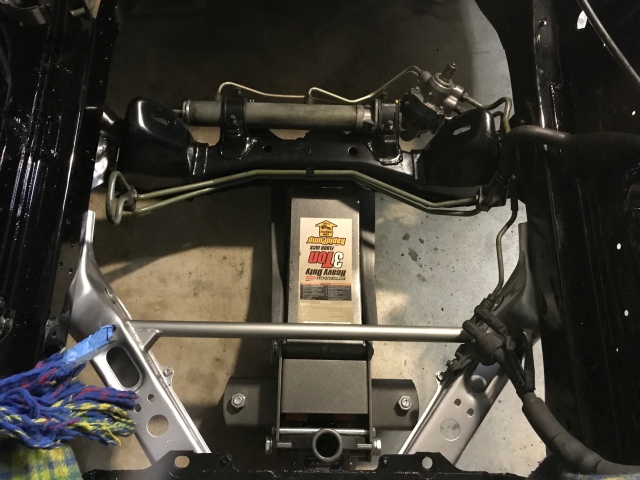 There’s something so satisfying about installing an SR20 by yourself into an S13 late at night. It’s a place I’ve found myself in many times over the years and it is always met with an overwhelming sense of accomplishment. After lowering the front of the car down considerably so that the transmission would clear the core support and the cherry picker would not hit my garage door, I managed to slide everything into place without a scratch. I bolted up the NISMO engine and transmission mounts with fresh Nissan hardware. It felt great to step back and get my first look at the car with an engine in place. 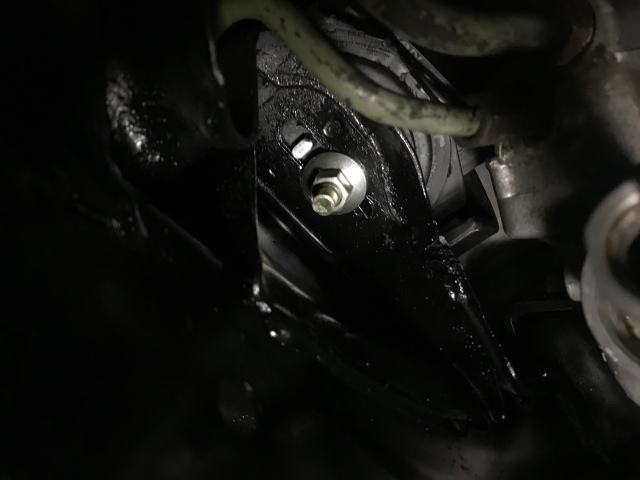 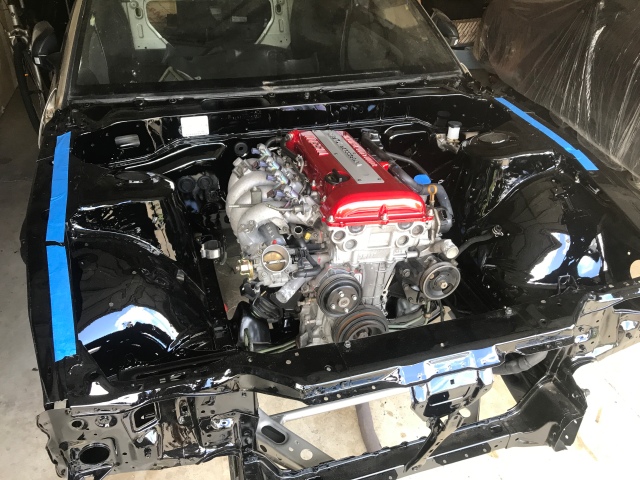 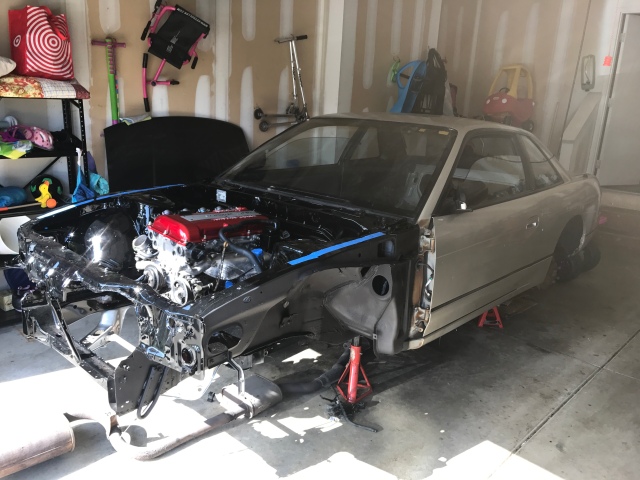 So that’s just about where things stand at the moment. When I removed the interior from the part out car, I bagged up and labeled every single screw and piece of hardware so that I can use it on my coupe when the time comes to assemble the interior. A lot of it was torn out when I bought it, so this will ensure that the proper nuts and bolts make their way back into all of the various locations at some point down the road. 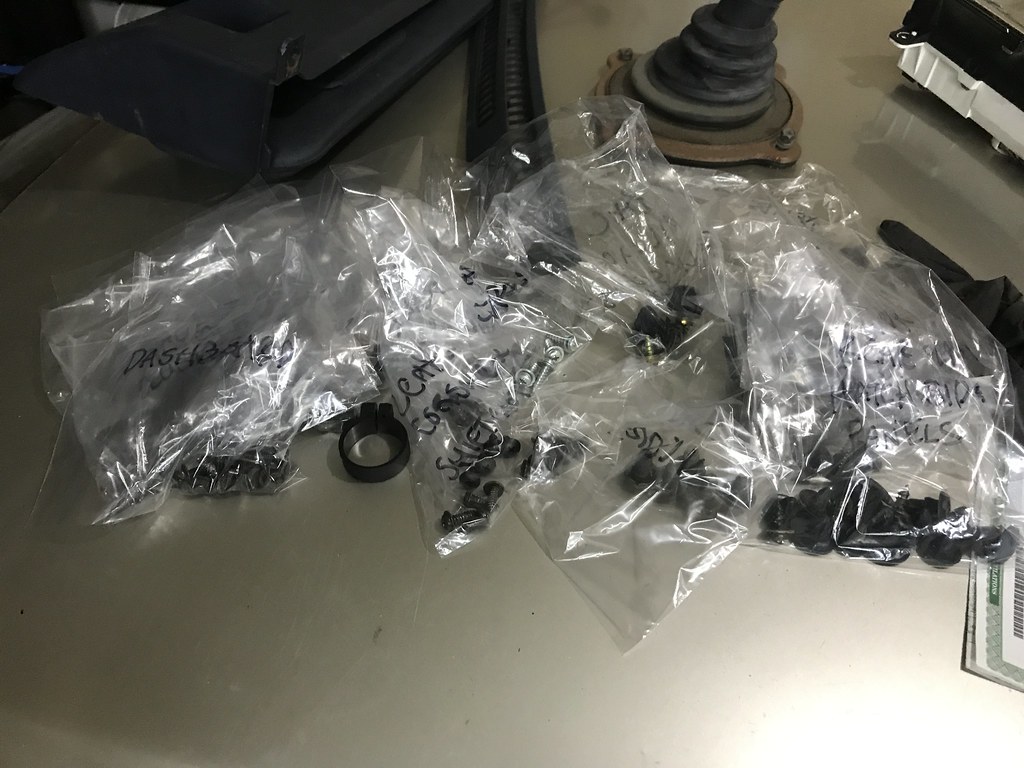 I’m hoping to make some headway during the long holiday weekend if at all possible. I hope everyone stays safe and has a great end of summer bash. Thanks for stopping by!

4 Responses to The Eagle Has Landed