So I made a little progress on the engine a couple of nights ago. Tim and I reinstalled the upper oil pan, baffle plate, GReddy oil pan, ARP head studs, Apexi head gasket, and dropped the head back on. It was a weeknight and I still had to drive home, so that’s as far as we got. I tossed the intake and exhaust manfiolds on for fun, but they aren’t fully installed yet. Here are some less-than-awesome cell phone pics: 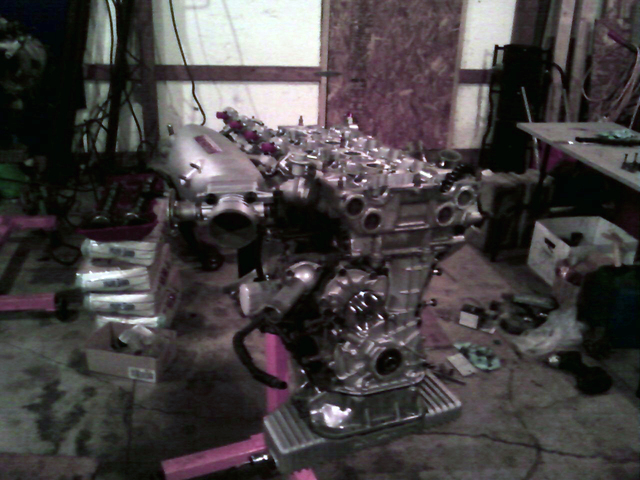 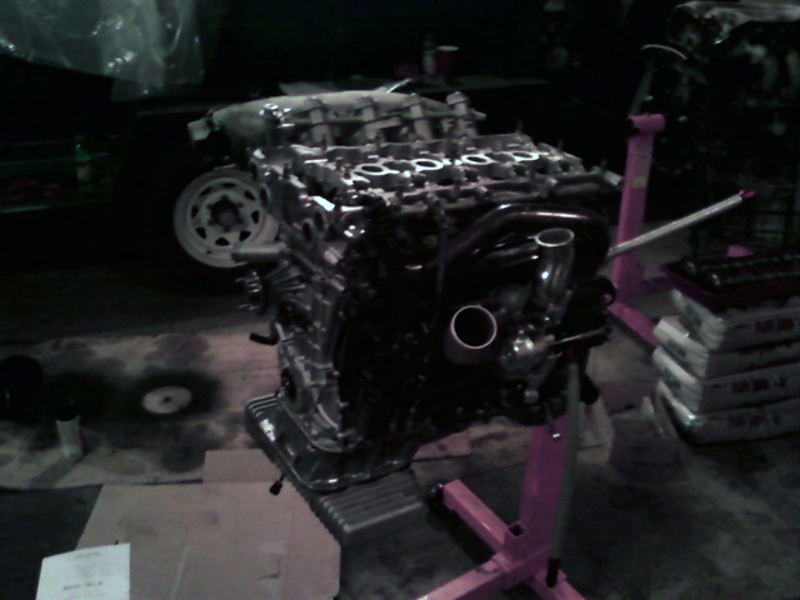 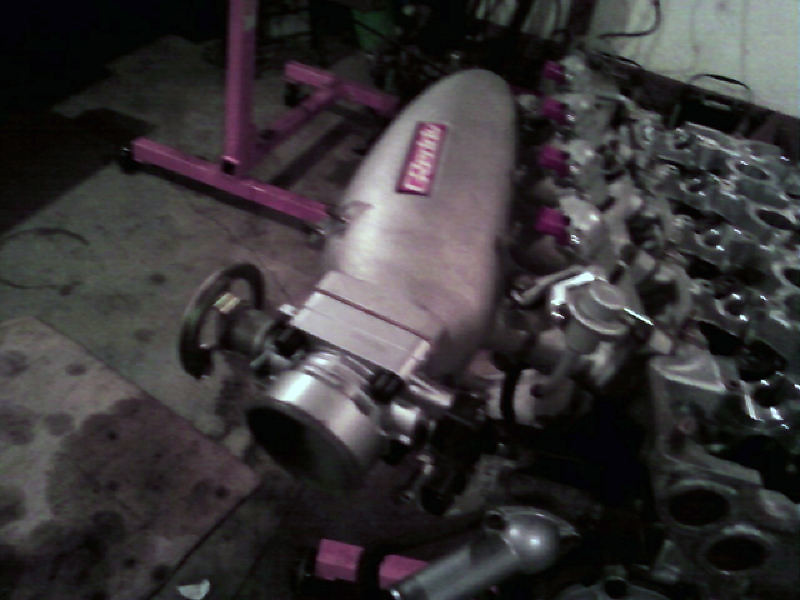 I was hoping to get out there this weekend to finish it up, but I don’t think I will have time. I’ll have to make a trip out to GR one night next week to work on it. I guess it isn’t a huge rush anyway, since we can’t drop it in until the engine bay is painted.

I pieced my rear valences together separately. I found out that my center piece was actually a fiberglass knockoff, which kind of bugged me. I picked up a complete OEM set from JDMHookup.com and sold my previous set to a friend: 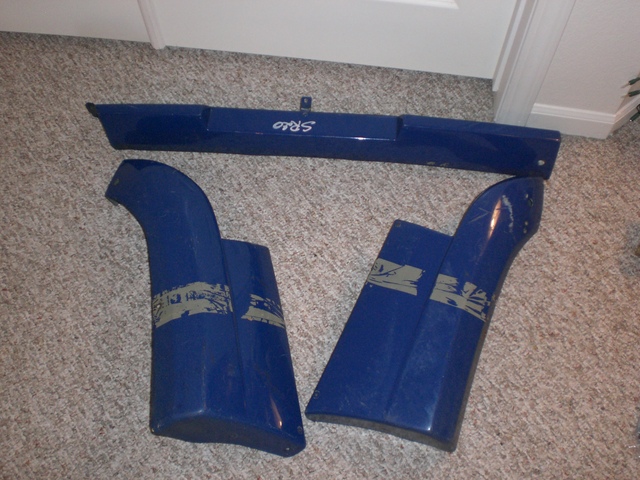 I also got my Megan test pipe (fail, haha) and Walbro fuel pump from FR Sport yesterday. My car came with a Walbro in it from when the previous owner did the swap back in 2001 or 2002, but I wanted to replace it just for extra assurance: 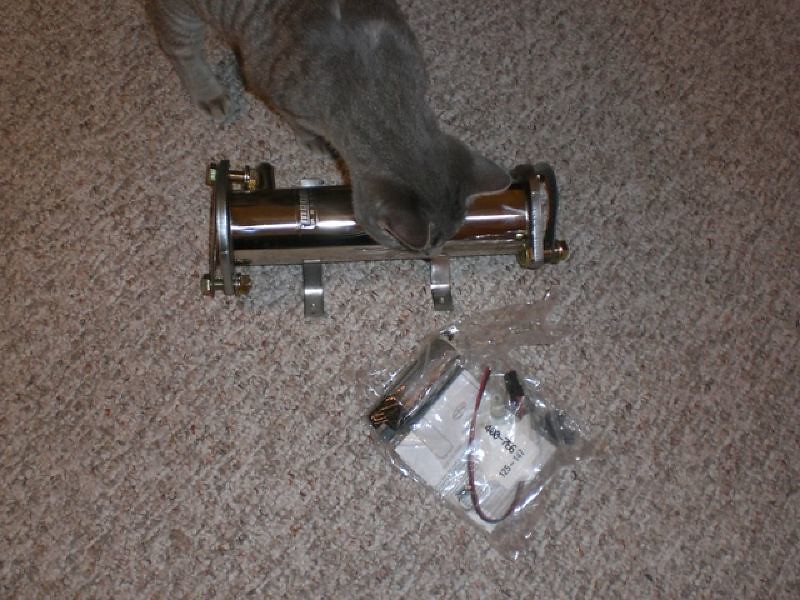 That’s about it for right now. The weather has been awesome out here, and it’s making me antsy to get the car done. I’m just trying to be patient, though, since I still have a ton of work to do and not much time to do it. Still shooting for having the car tuned and on the road June 1st!