Tuesday’s schedule was fairly similar to Monday- we slept in, then drove down the mountain. This time we headed out to the Pigeon river for some whitewater rafting. Alicia had been rafting on one of the craziest rivers in Virginia before, so the boat tour dudes were all really impressed. I, on the other hand, had never done it before- so I was just hoping to survive the ordeal. It was about a one hour drive from the cabin to the rafting place along some of the twistiest roads I had ever been on- it was a blast. I had as much fun as you can have in that car, which isn’t a lot before the smell of rubber from the front tires rubbing the tubs makes you lightheaded.

Here is the good ol Type X at the rafting place. Everyone stared at us as the exhaust dragged through the lot, so I elected to make my own parking spot to avoid further damage, lol. 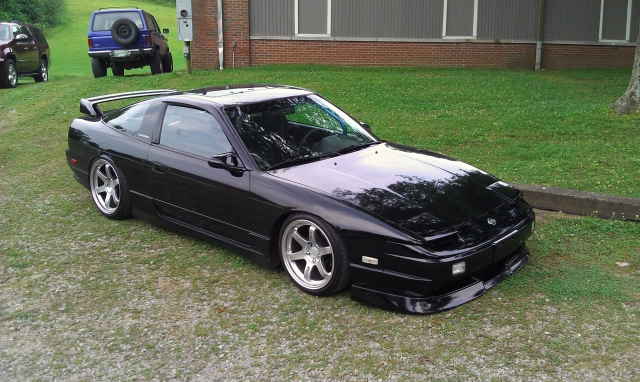 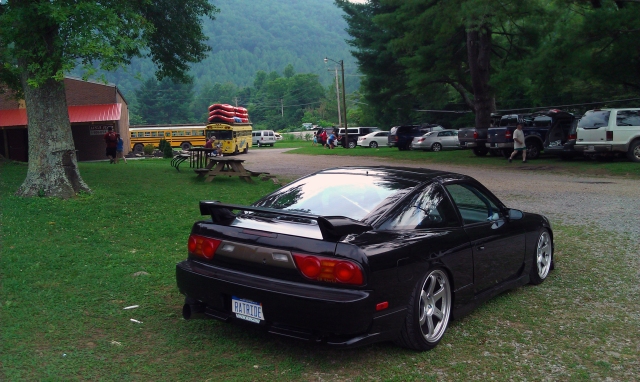 Rafting ended up being a lot of fun and I didn’t fall out. We didn’t feel like paying $30 for a jpeg of us on the river, so I don’t have any pictures of me looking stupid in a raft. Sorry about that, lol. After rafting, we had some dinner at TGIFriday’s in Gatlinburg and spent a little time downtown there. We stopped in to a CVS to get a new cooler for the trip home, and I spotted this super awesome knockoff Monster Energy shirt- nice! 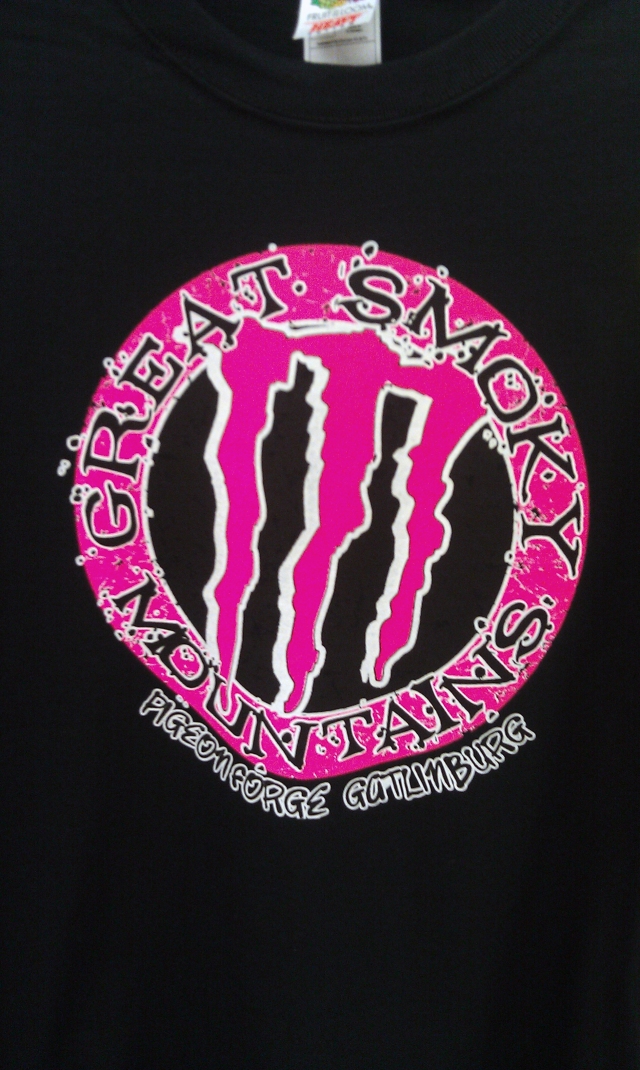 We also walked past some sort of movie car museum, so naturally Alicia had to grab a snap of me looking super cool in front of my good buddy Paul’s ride:

We hit up a Redbox for the evening and watched The Lincoln Lawyer, which was decent enough. Alicia loves watching movies, so we usually end up just about everything that comes out at some point, lol. We packed up our stuff a bit and got to bed fairly early, since we had to wake up and make the 9 hour drive home the next morning.

Tuesday night was one of the most intense thunderstorms I have ever experienced. Non-stop lightning and loud thunder through the entire night. The thunder was even more intense up in the mountains echoing through the woods. You know how there is always that one random gigantic clap of thunder during a thunderstorm that catches you off gourd and makes you jump? Yeah, basically EVERY clap of thunder was like that in this storm. I talked to one of the locals the next morning and he said it was one of the worst storms they have had in a long time.

This bug was not messing around...

Thankfully, the car was safe (no hail overnight) and the road down the mountain wasn’t too flooded on the way home. We hit the road at about 8 AM and were on our way. Unfortunately, the day of the drive home was the hottest day of the whole trip. We stopped for some breakfast/early lunch at Chic-Fil-A on the way home at around 11 AM and the air conditioning already felt amazing inside the building. Alicia and I are pretty big fans of Chick-Fil-A since we only have one location in Michigan and it is in a college cafeteria, lol.

Gives you wings (And makes you look stupid)

I don’t remember much else on the drive home, aside from being insanely uncomfortably hot and getting stuck in traffic outside of Cincinnati. 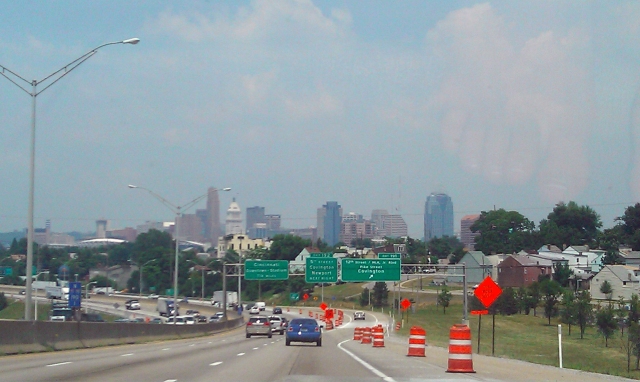 Eventually we made it to the dog kennel in Ann Arbor and picked up Tomei from where he had been crashing while we were gone. Somehow, we managed to squeeze him in the car for the last half hour of the drive home. On top of being exhausted from playing with the other dogs and being away from home, I’m pretty sure he was dying with his thick fur coat, so he slept almost the whole way home.

BRO. Can I get some air?

I had my neighbor turn the A/C on in the house for us earlier in the day so that we could cool off when we got home. This is what I arrived to:

So yeah, that concludes the longest and craziest road trip I have ever taken in my car. Was it worth it? ABSOLUTELY! The entire trip was a blast, aside from the lack of A/C. That is my #1 priority for the car this winter. If I am making the trip down to Import Alliance again in 2012, I’ve gotta have it. It’s an event unlike nothing else out there, though- if you have ever thought about it and have not gone, I highly recommend it! Thanks for reading- I’ll have more updates on the car and some posts about WekFest Chicago soon!