Alright, I’m finally giving in to Throwback Thursday. Mostly because I have not updated my blog in FOREVER, and I apologize for that! I know that whomever is left that still reads this is only going to care about my 240, but I promise some solid updates on the car next week. If all goes remotely according to plan, it will officially be back on the road!

But now, throwback Thursday. This is my build prior to my 240- a 1999 Toyota Solara. It had the 1MZFE V6 engine with a 5 speed manual, and was actually surprisingly quick for such a heavy car. I bought it after finding that my Camry had aged and was not a good platform to work with. I was told it was going to die fairly soon, but the car still lasted me another 5 years and 100,000 miles. Go figure, lol.

The exterior of the Solara was pretty simple. It featured a Renova grille, shaved emblems, and a Kaminari lip kit- which was a remake of the TRD kit the dealer originally offered. I think kaminari still uses pics of the car to sell the kit on their site to this day, lol. Besides that, the exterior just had window tint and black housing headlights. 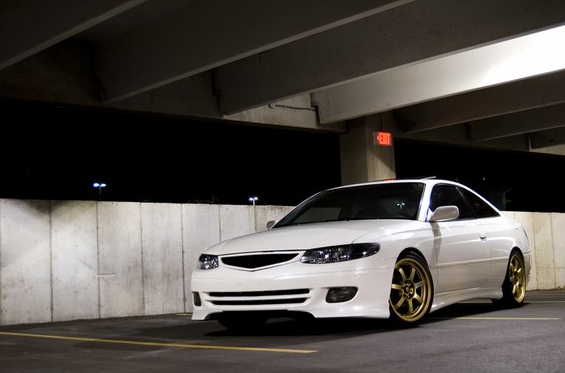 The wheels were Gram lights 57s, 18×8.5 +40, which I remember thinking was SUPER aggressive. I had a couple of sets of JIC coils on the car that eventually both blew out, so I ended up with K-Sports. The only other real suspension mods were a TRD strut brace, TRD rear sway bar, and for a very short time, a squeaky Rotora BBK up front.

The interior was originally tan when I got the car, so I drove to maryland and picked up a complete black interior from a totaled Solara and converted it. The interior also featured Defi Link meter gauges with a custom gauge pod, Sparco Torino seats and harnesses, an SAFC-2, and an AEM Uego wideband.

Under the hood was a TRD supercharger kit at 6 PSI from a PulleyBoys Pulley, Injen Intake, Supra injectors, JPP headers/y-pipe/catback with a custom Apexi muffler, Walbro pump, ACT clutch and Fidanza flywheel, TWM short shifter, etc. It put down 253 WHP on a Dynojet and was a blast to drive, but the whole FWD thing was just a bummer.

Just as my interest in the 240SX started to form, I got rear-ended and the car was rendered a total loss. I still miss that car because it was fun to cruise around in, and it was always the only Solara at a meet, haha. I constantly had people ask me if it was an S15 or Acura TL, lol. 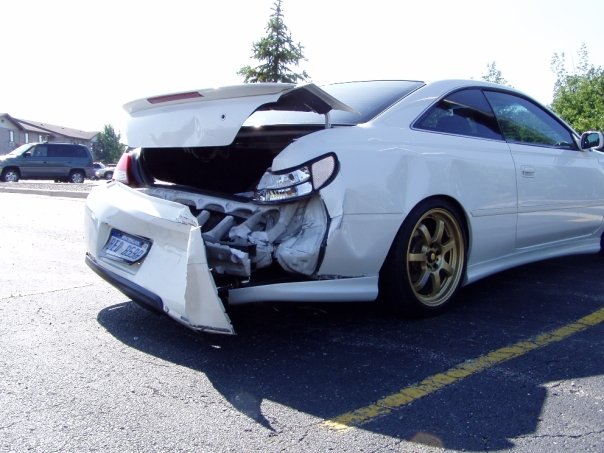 1 Response to Throwback Thursday- My 99 Solara