I feel like I haven’t accomplished much since last time, but that’s because I’ve spent most of my free time working on the clutch pedal assembly and dealing with buying and selling cars.

I’ve been adding some lateral bracing to the assembly based on some advice from a friend to make sure everything is strong and in the right place. I also took the time to cut down the brake pedal assembly for the manual transmission setup. I’m hoping to wrap that up this week and grab some pictures.

Another order of parts from Drift Motion arrived last week including the following: 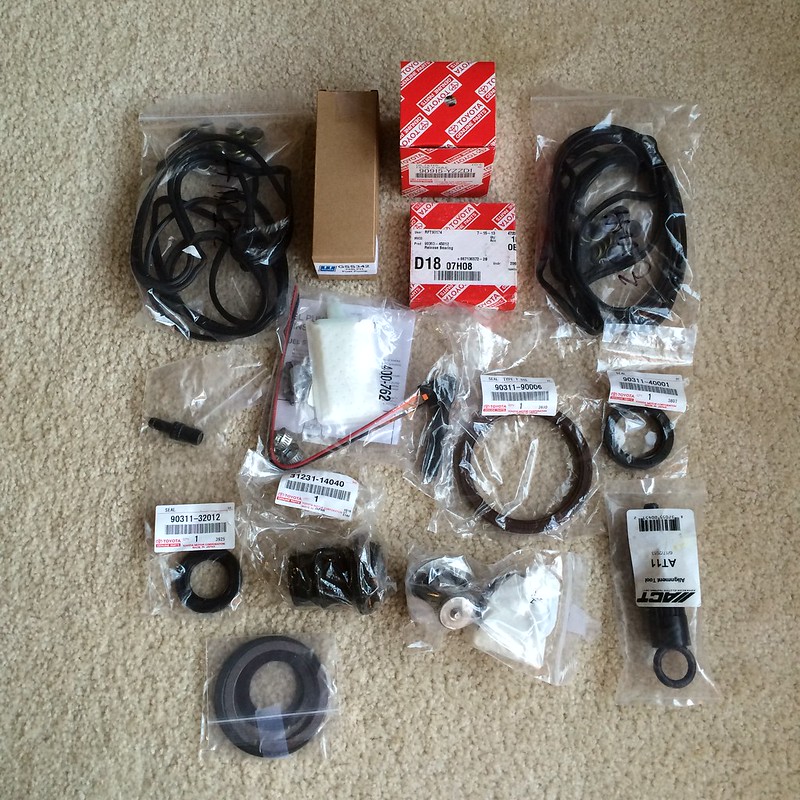 Here’s all of the engine and timing service items that I need to install including the OEM water pump- don’t think I ever posted when that arrived: 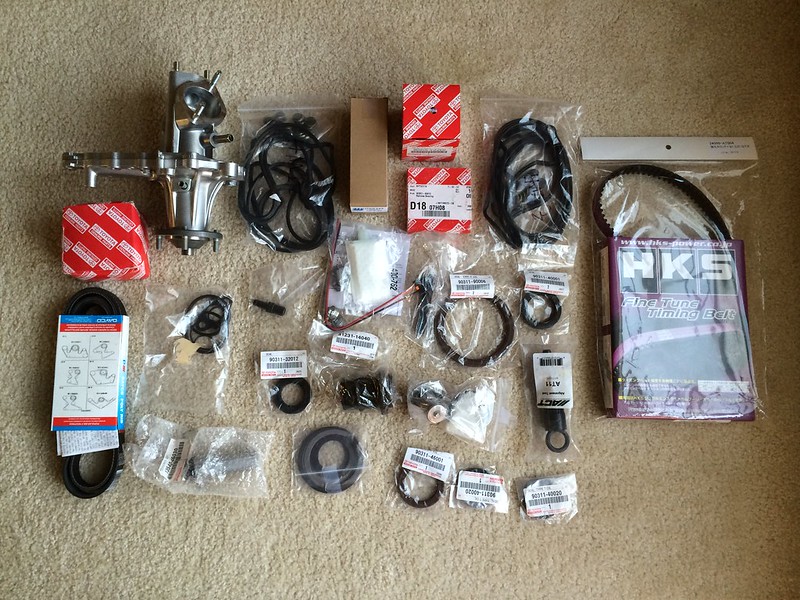 Annnd the even larger pile with everything engine and drivetrain related. I keep thinking I’ve got everything and am ready to assembly the engine and trans, but I keep deciding to replace/modify other items along the way. Aside from a couple more transmission related upgrades I might buy, I think I’ve got it pretty under control. Famous last words, haha. 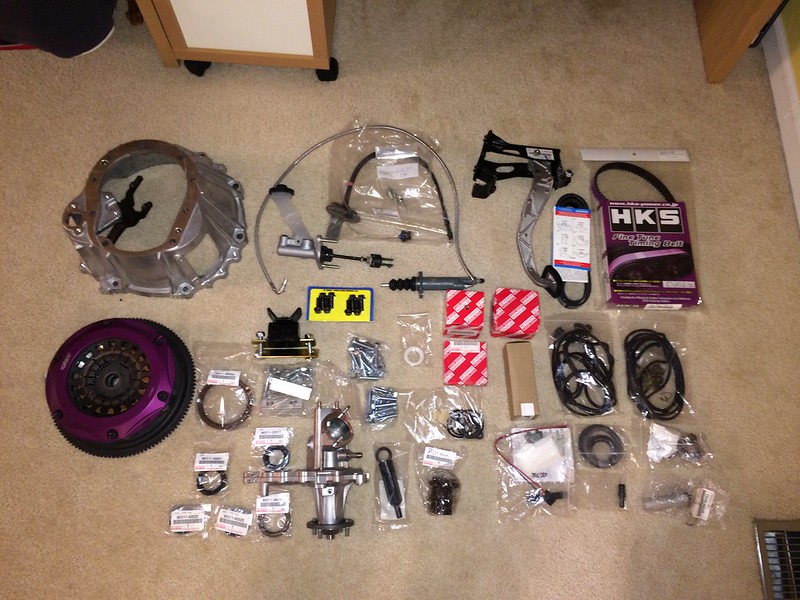 I cleaned and installed the rear seats. Still need a couple missing bolts to fully secure them and the seat belts, but I have to get in there to install the fuel pump and return line at some point anyway. 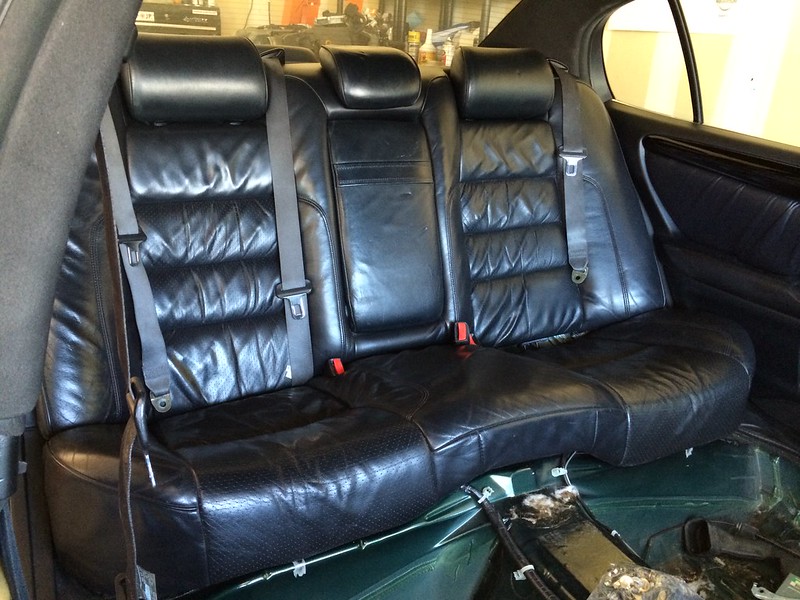 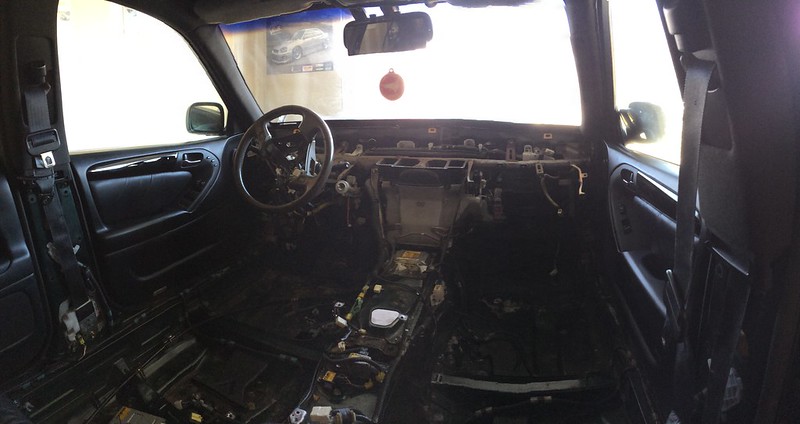 I have a couple cool interior pieces on the way that won’t be here for a few weeks, so I’m feeling just about done with sourcing interior stuff for the time being. Need to focus on getting the engine and transmission maintenance done and everything assembled so that I can drop it in and measure for the shifter extension and driveshaft. Still hoping to have that done by the first weekend in May. 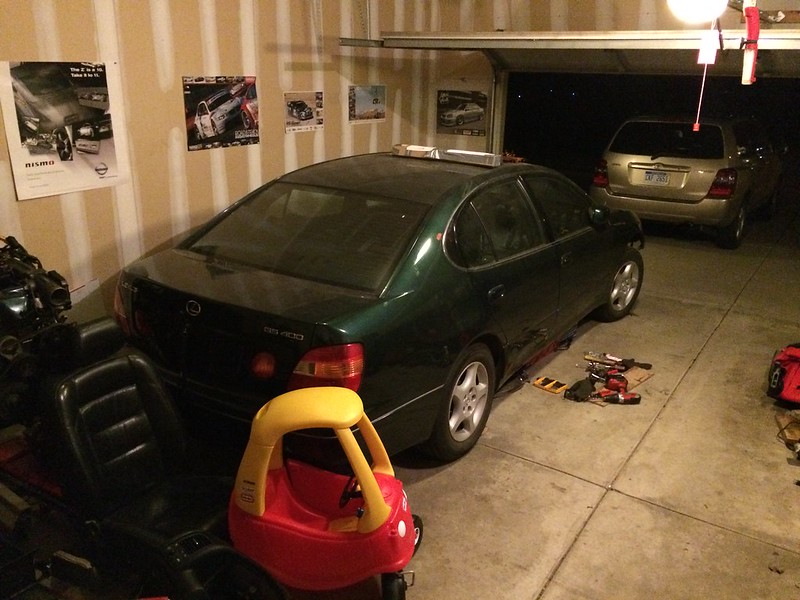 I also sold my Evo last weekend and picked up this 96 Camry as a daily beater while the GS is under the knife, so trying to get that thing a bit more roadworthy has taken up a fair bit of my project car time. It’s got bad rear end links and a pretty large oil leak right now, so I’m working to get that sorted before I spend more time on the Lexus. Hopefully it’ll be in good shape after a couple more hours of work. For a car that cost half as much as most sets of wheels I own, I really can’t complain… 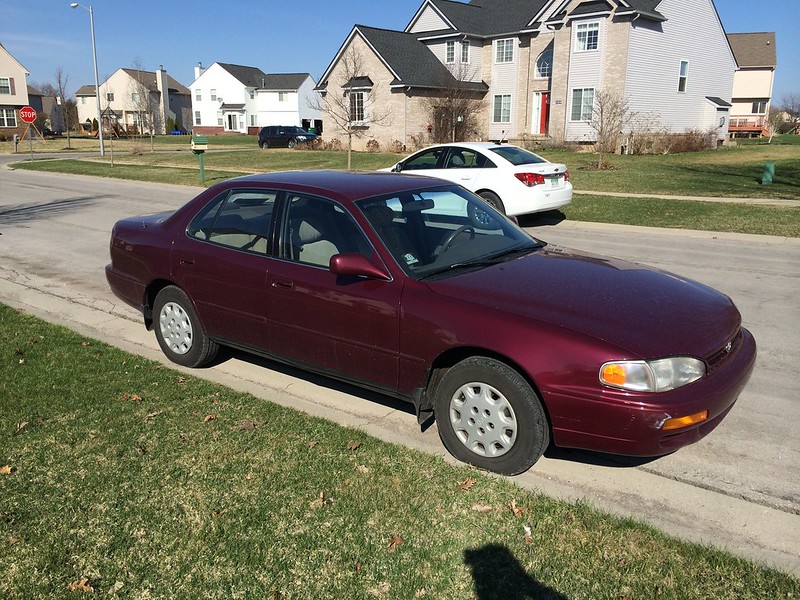 2 Responses to A Slow Week