I’m pretty excited about my progress in the past week. Even though I didn’t spend a ton of time in the garage, I do feel like things are really starting to fall into place and pick up steam.

Things were kicked off last week by the arrival of a couple of goodies from Hong Kong. I’ve been searching for a pair of Ganador mirrors for this chassis since I decided I wanted to build one, but I really was not running into much info about them. I could barely even find any photos of cars that were running them. Junction Produce sells them as their own brand of mirrors, but if you know anything about me you know that I just wasn’t going to be content with that. Fortunately, a used pair popped up on eBay and I was able to snag them. 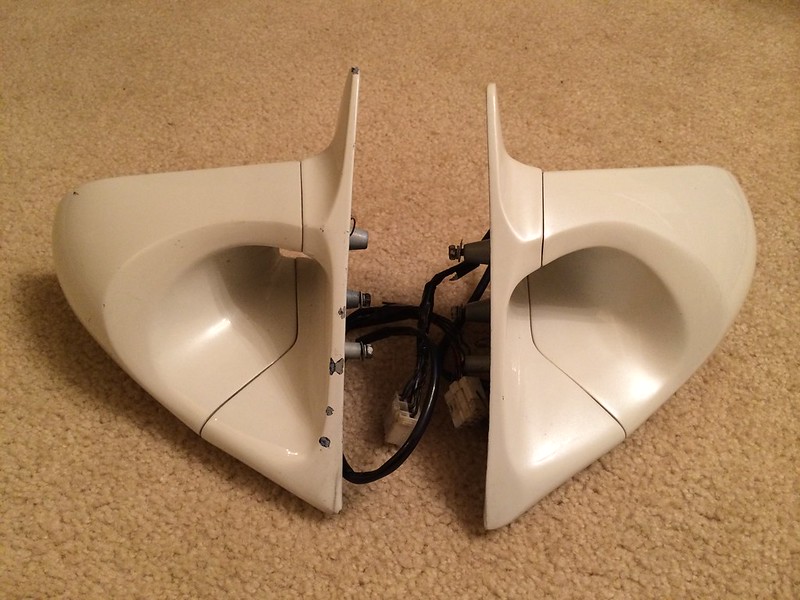 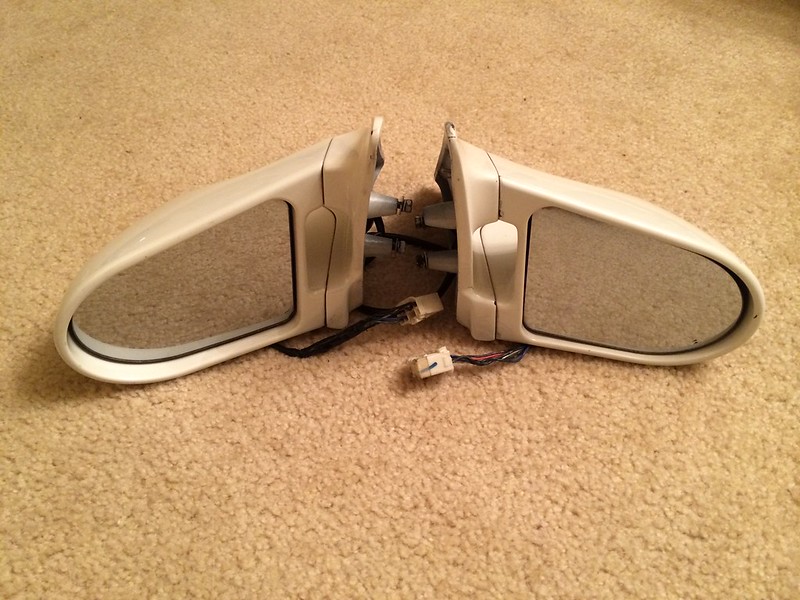 I will of course need to have them painted, but I am super pumped to have these. Though I really shouldn’t be focused on the exterior of the car at all right now, it’s nice to take a break and shift focus occasionally for a day or two to keep your interest in the project going strong. Had to toss one on for a quick test fit: 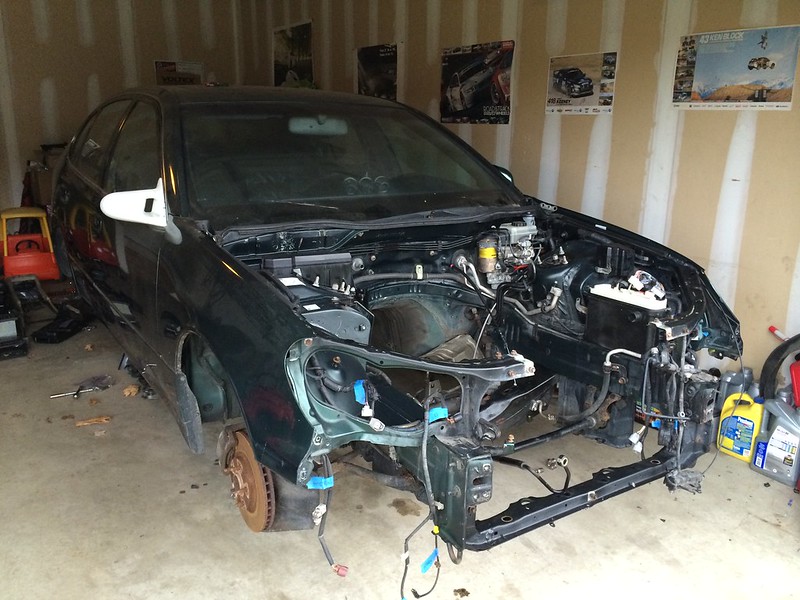 Little-known fact: I never take the time to try to make the power function on my Ganador mirrors work on any of my cars… haha. 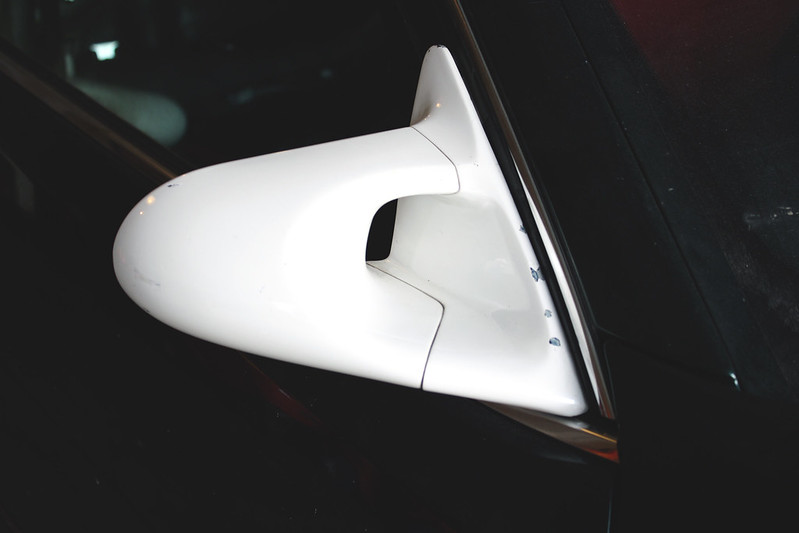 The same seller also had a Toyota Japan/TRD carbon fiber license plate garnish for sale so I was able to score a deal on both pieces. This is basically a fake CF trim panel that goes around the license plate and fills out the trunk opening a bit. I just thought it was a cool detail to have: 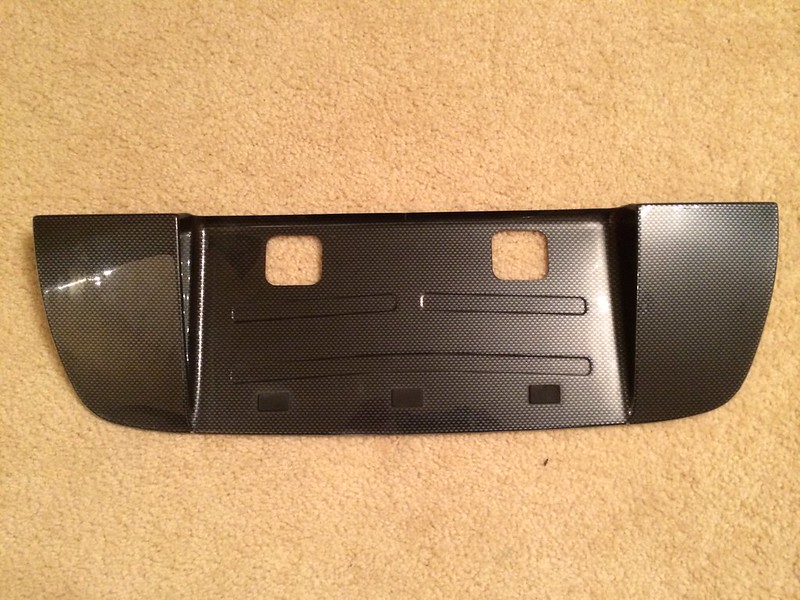 This will actually come in handy since I found out last week that my car had an aftermarket backup camera installed in the trunk resulting in a hole being hacked into the sheet metal near the license plate. This piece will cover that hole, even though I’ll probably end up having the trunk redone or replaced at some point anyway. 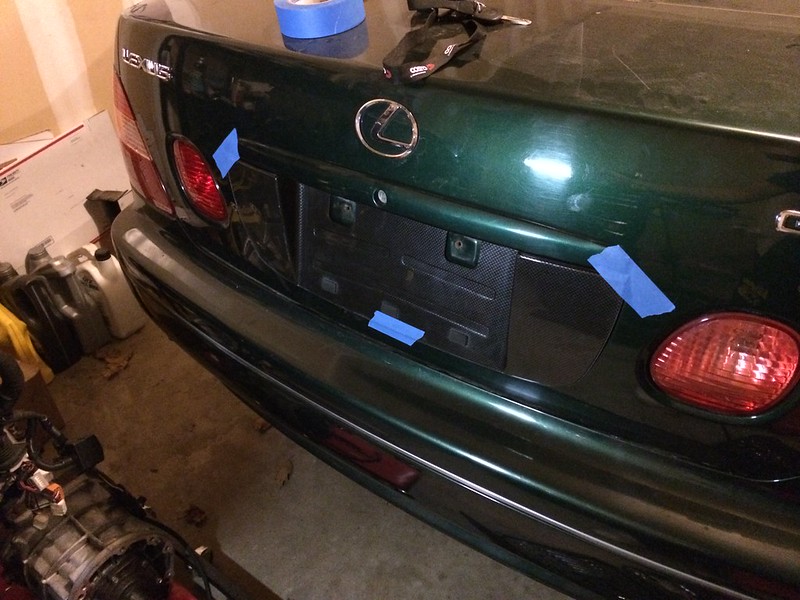 I decided to remove the emblems while I was messing around. I’m not sure if I will end up running the Toyota badges back here to match the front grille or if I’ll just leave the car badgeless. Fortunately I have plenty of time to decide. A friend of mine is hooking me up with a cheap set of LED tail lights, so I went ahead and removed the factory tails to make room for those when they arrive. 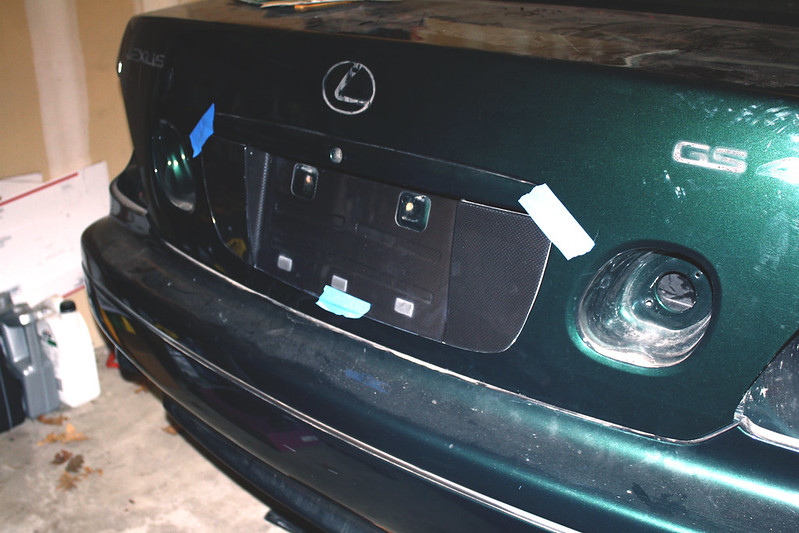 Another friend of mine on the West side of the state bought my Aristo automatic transmission to use as a core, as well as my front and rear tan seats. I went out and delivered those on Thursday. While I was out that way, I met up with a good friend from Indiana to pick up what is probably one of the cleanest Bride Zeta IIs left out there, let alone stateside: 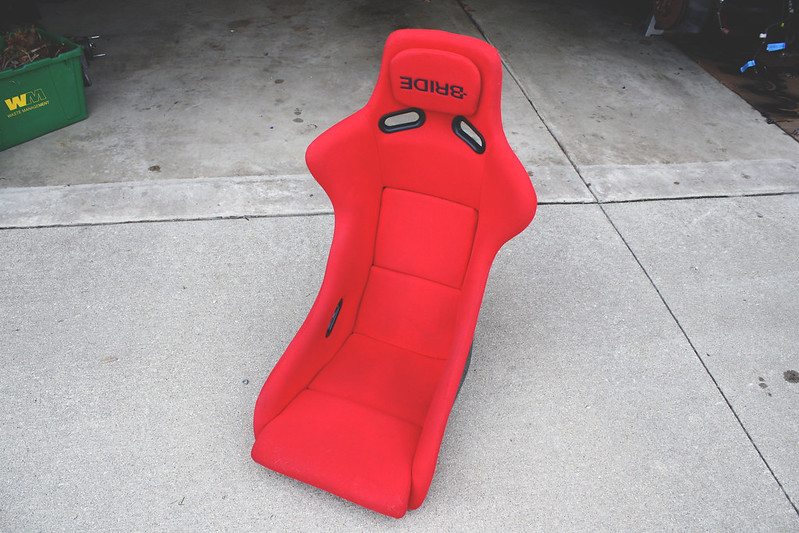 Pretty excited that it has the head pillow with it as well. The back of the seat is virtually scratch-free. Pretty crazy… 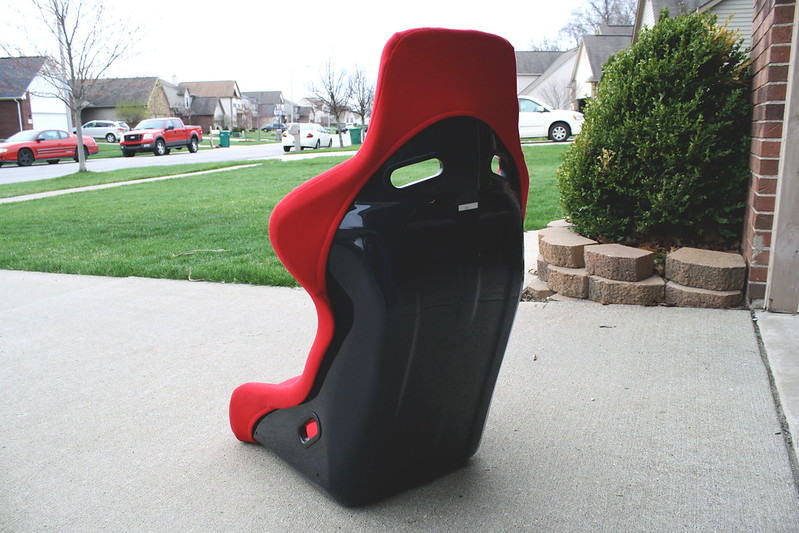 I have a passenger seat on the way from Japan as well, but we’ll just have to wait for a future update to see that. I was able to do some detective work on Bride Japan’s site and found the seat rails I need for each side, so I’m sure there will be a wait on those when the time comes. I had to toss it in without the rail for a preview though: 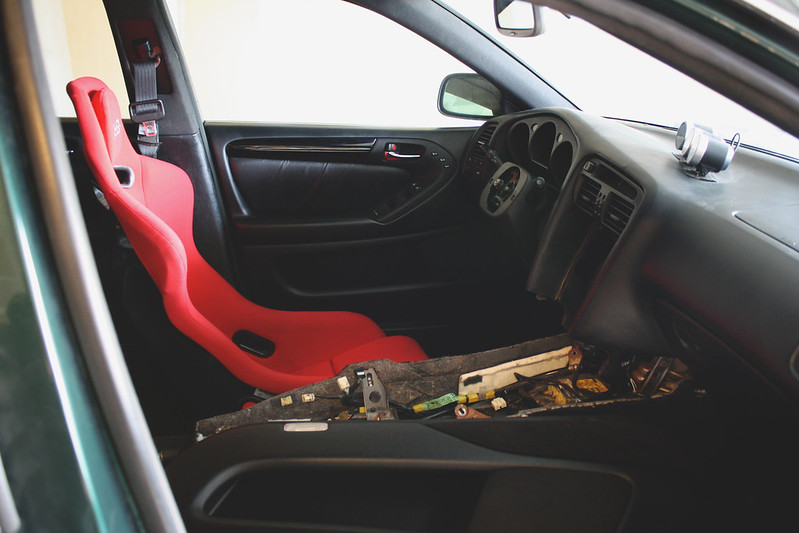 I did a quick comparison picture of the interior when I got the car two months ago and how it sits today (even though I clearly still have some work to do.) I can’t wait to see this completed- I think it should be pretty cool. 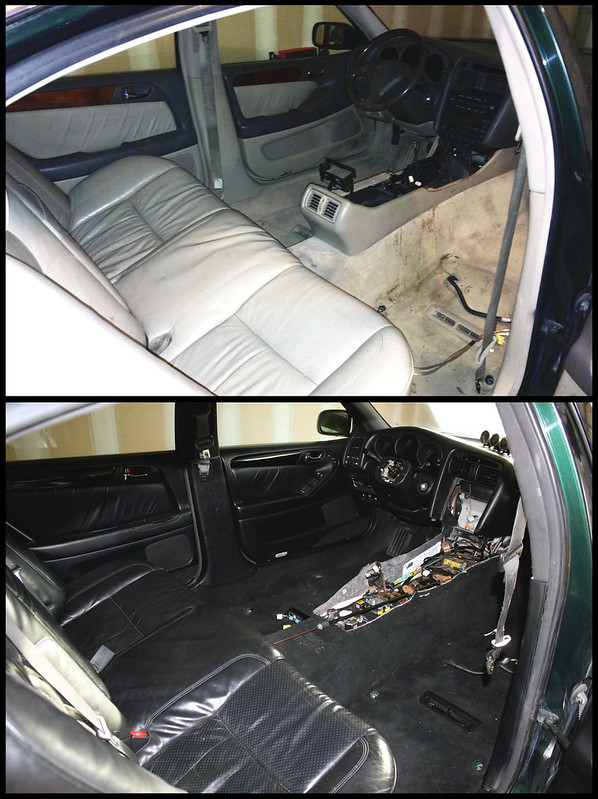 With the interior in decent enough shape for now, I moved on to actually trying to get this thing running over the weekend. I’m waiting on a tool and a new thermostat before I dive into all of the engine maintenance and assembly, so I decided to mock up the engine and transmission in the car. I was curious to see how things fit since I had heard about various issues with the firewall and the heater core fittings with the swap. 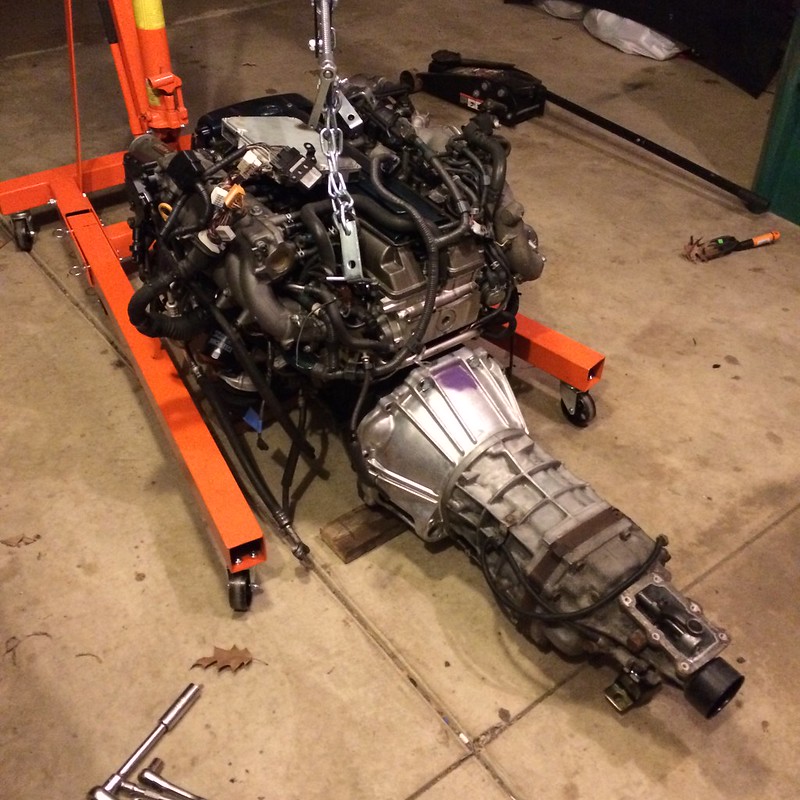 Unfortunately I learned the hard way that if you pick up and tilt a 2JZGTE with oil in it and without a clutch or flywheel installed, the oil will politely excuse itself from the engine and leak out the bellhousing. Annoying, but lesson learned. 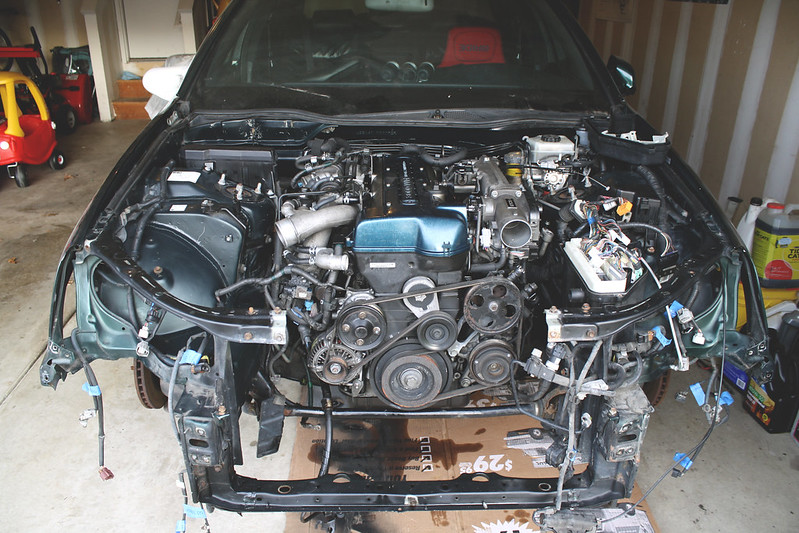 I was actually pretty surprised how smooth dropping the engine went by myself. It’s really nice that the core support is removable on this car so that I don’t have to worry about the top of the cherry picker hitting the garage door. I’ll have to modify the top port for the heater core somehow to clear the twin turbos, but otherwise things look pretty solid overall. 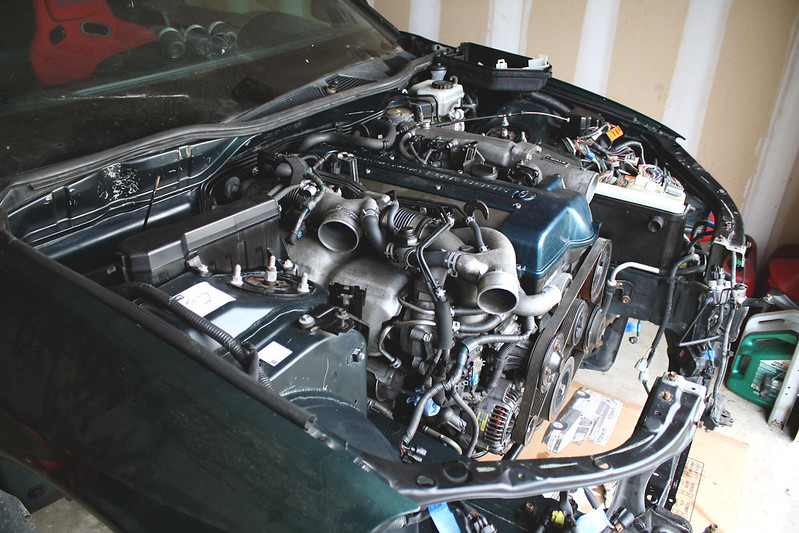 I also spent some time assembling the clutch release hub and bearing so that the clutch assembly is all ready to go in when the engine and transmission come back out: 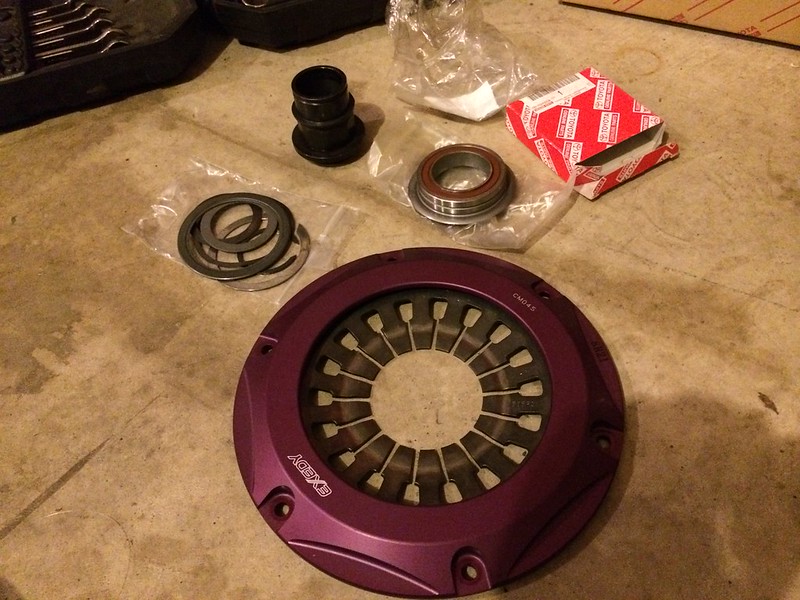 I’m having a hard time getting the final snap ring in place by myself, so I’ll have to keep trying with some assistance to see if I can take care of that. Shouldn’t be too bad though, I just really need another set of hands. 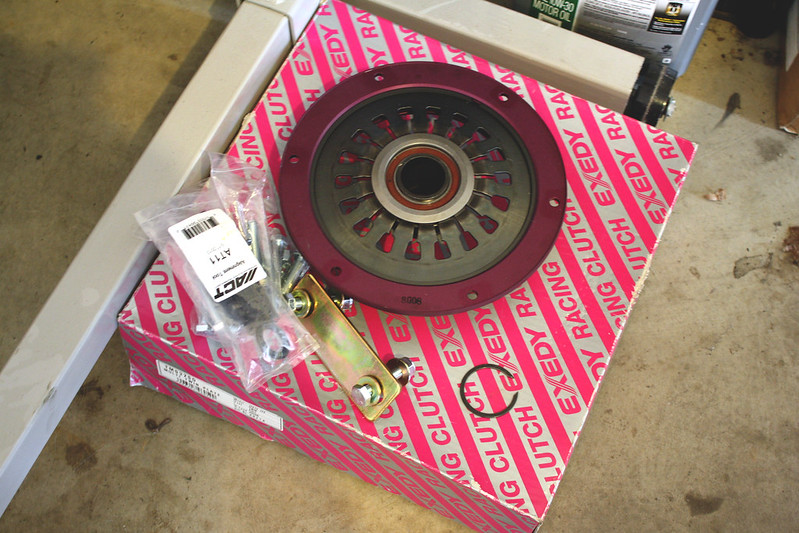 I picked up a set of used Tein Comfort Sport coilovers that a kid was selling as-is. I guess they came in the trunk of a GS he just bought and he wasn’t sure of the condition they were in, so he let them go super cheap. I wasn’t planning to get into these just yet, but it was definitely worth the gamble. I think at least one of them may be leaking, so I’ll probably end up having Tein rebuild them if possible. 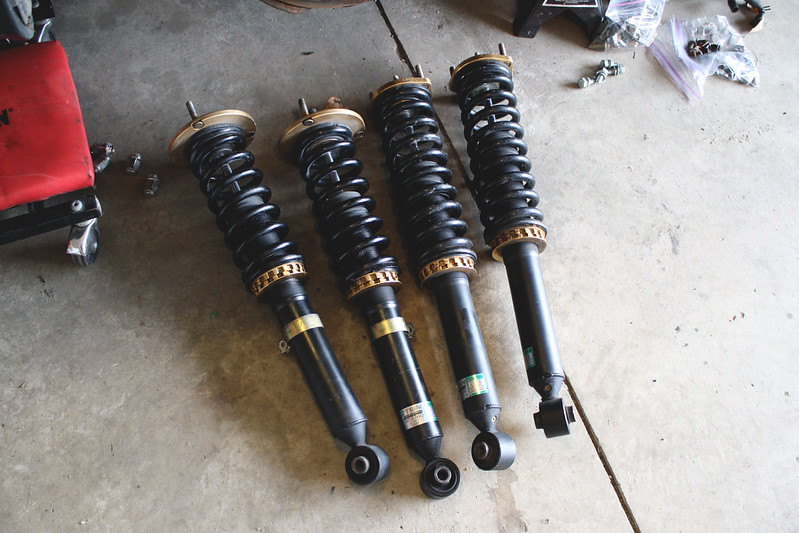 The plan of attack for this week? The first order of business is to take the necessary measurements for the driveshaft and shifter extension so that I can get the order in for those. I am also going to install the Drift Motion transmission mount to make sure that’s lined up and set to go when things are bolted in for good. As soon as those things are done, I’ll pull the drivetrain back out to go through the engine and transmission maintenance items to be sure everything is fresh and ready to go. I’m hoping to have that work completed and everything in the car again within two weeks if possible. 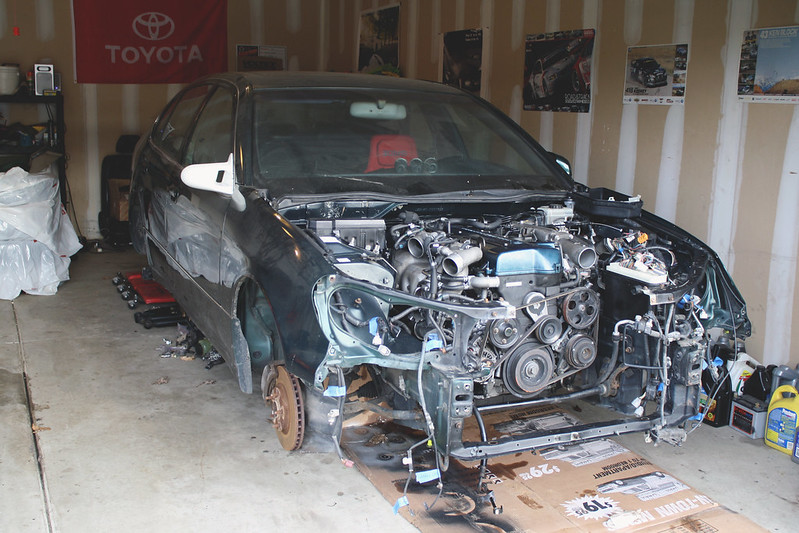 Hopefully the progress continues through the week. Until next time…

5 Responses to Picking Up Steam…