Fairly light update once again this week. My oldest daughter Kinsey turned two over the weekend, so we were pretty busy. I managed to sneak a couple hours in last week though. Here’s a recap of what went down.

The first order of business was to tighten up the head studs. I finally managed to find the proper 12 point deep socket and was able to get this all taken care of. The next step will be to install the cams. I’m thinking I will install the factory cams for now so that things keep moving and I’ll add a set of Tomei Poncams later on when I can swing it. I’m starting to get a little anxious to have the engine assembled. 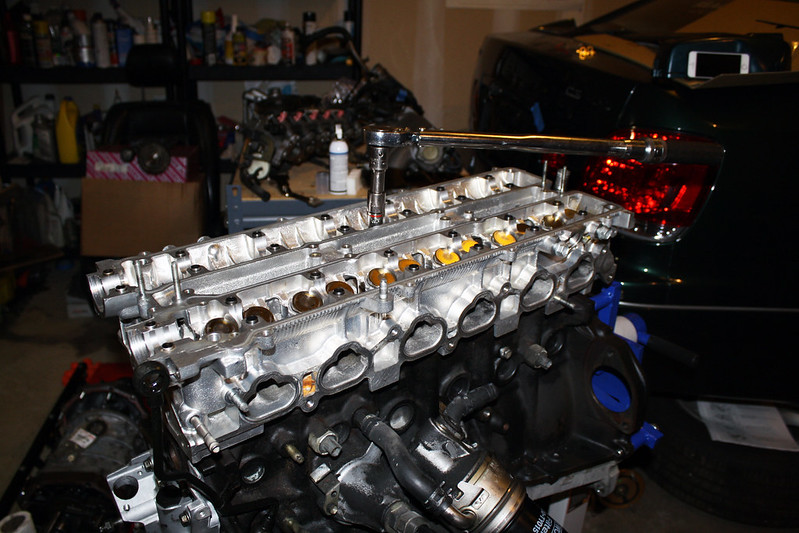 My intake cam gear bolt is stuck in the camshaft and beginning to round out, so I ordered a replacement bolt for when I finally break that free. This is one of the reasons I want to purchase new cams instead of messing with it, but maybe the machine shop can break it free if I am not able to figure it out. I also picked up the pilot bearing needed for the automatic to manual swap: 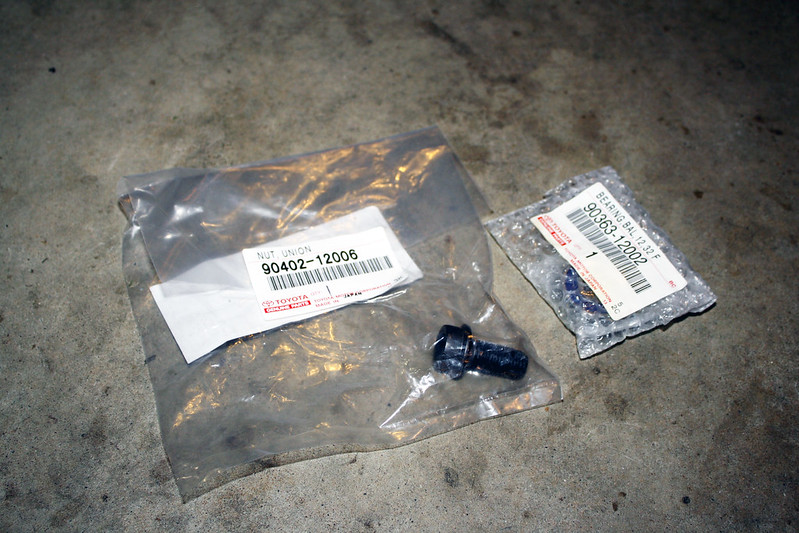 Some of the paint was coming off of the block, so I decided to hit it with a quick coat of high temp silver. I guess iron blocks are typically black and not silver like aluminum ones, so maybe it was in poor taste. I might shoot it black, but I might leave it too- we’ll see what happens. 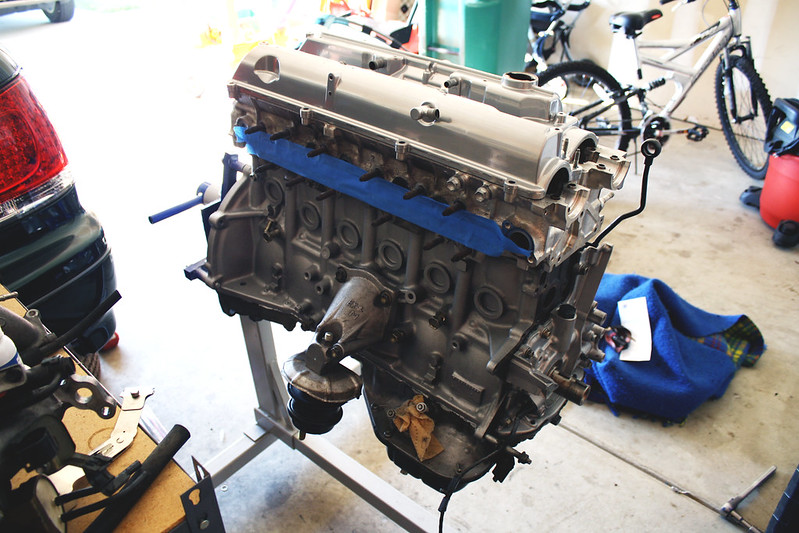 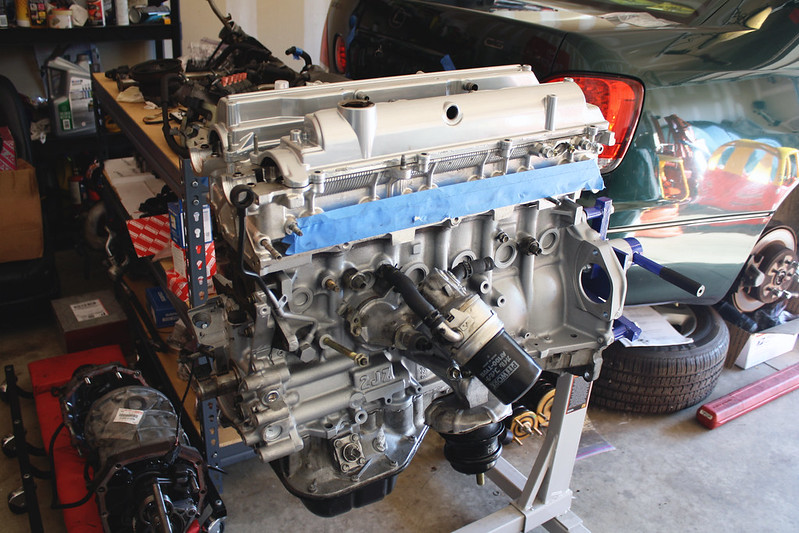 The engine mounts that came with my swap were old and brittle. One of them managed to snap in half during my test fit, so I needed to replace them. I am not usually one to buy parts from Megan Racing, but I could not find any other aftermarket replacement engine mount for this chassis. I had hoped to find some solid Cusco mounts like I had in the S13, but no such luck. For now I guess these will get the job done. 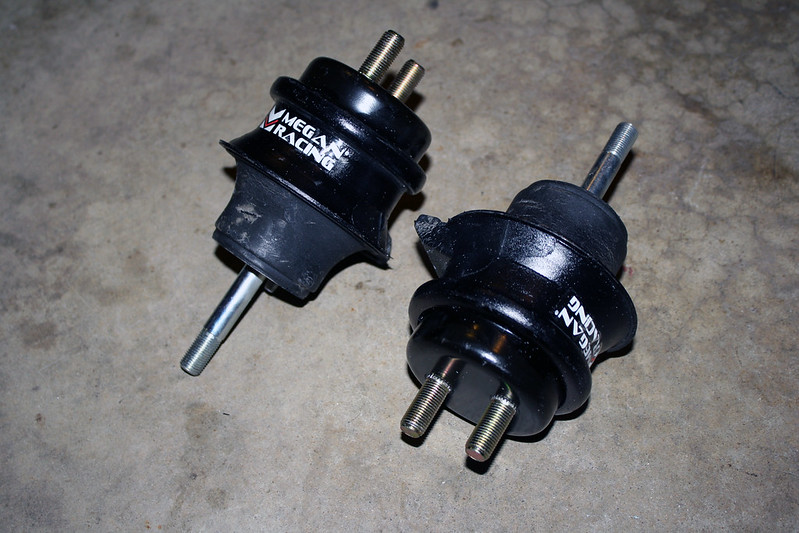 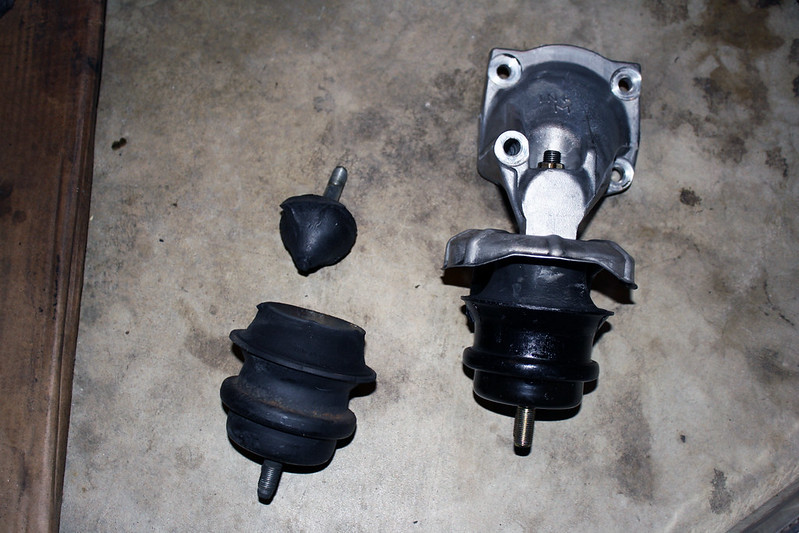 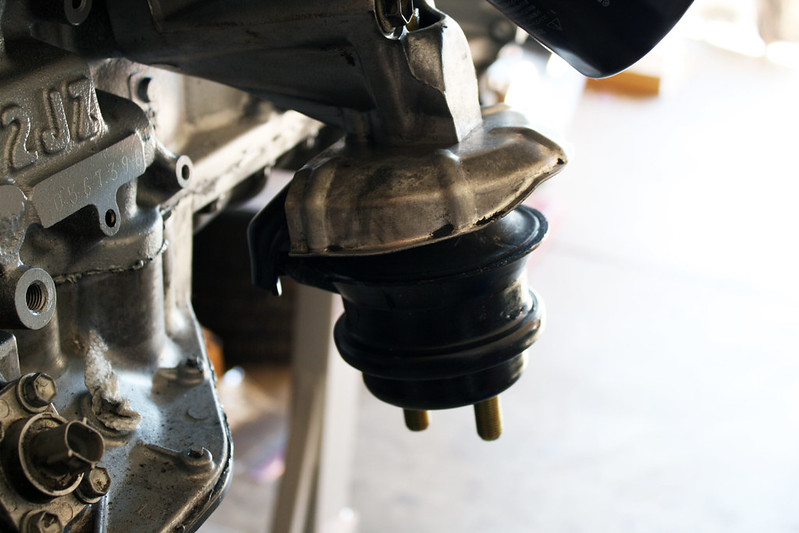 With progress slowed down a bit on the engine, I turned my attention to the transmission. I started by installing the output shaft seal: 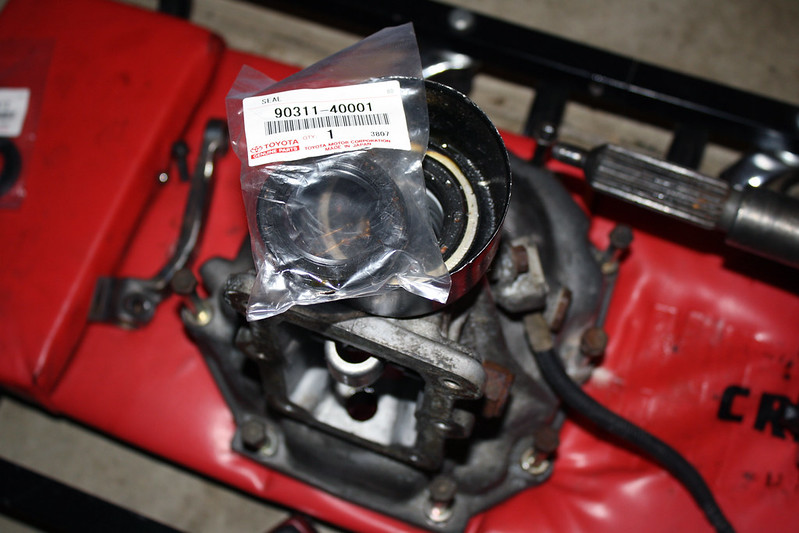 Next I moved on to installing the shifter extension, rear case, and shifter housing: 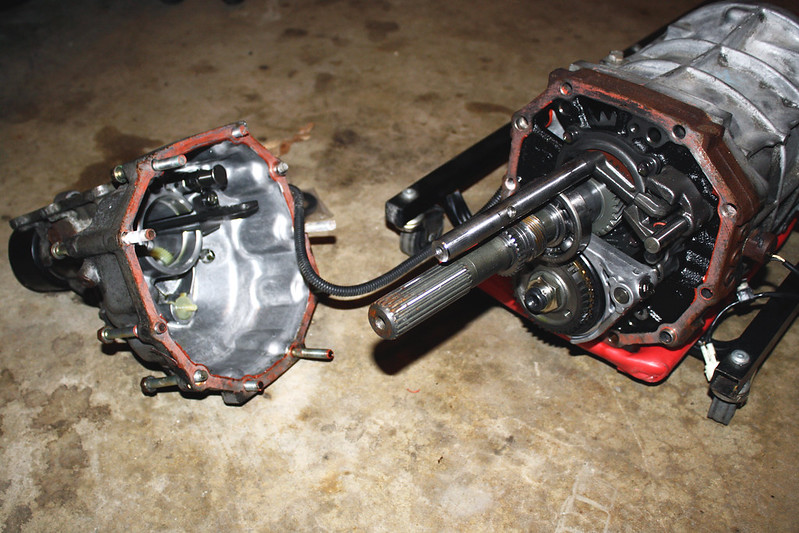 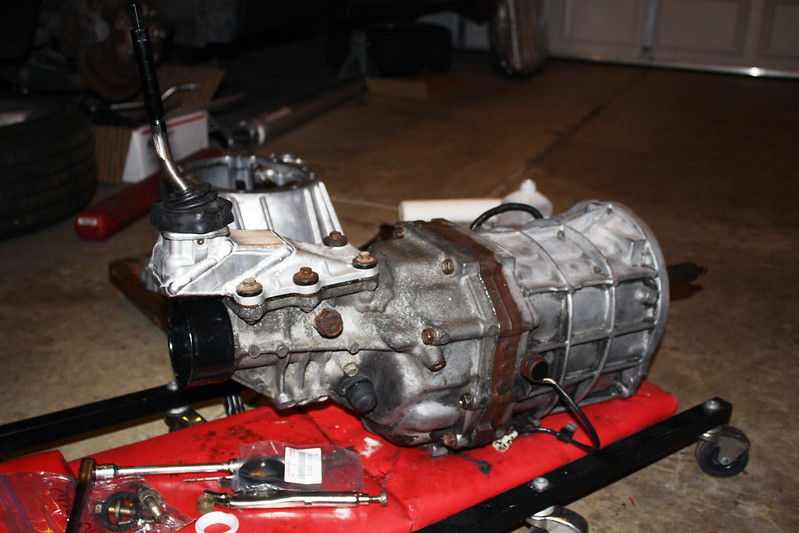 I also installed the Marlin Crawler shifter bushings while I was at it. 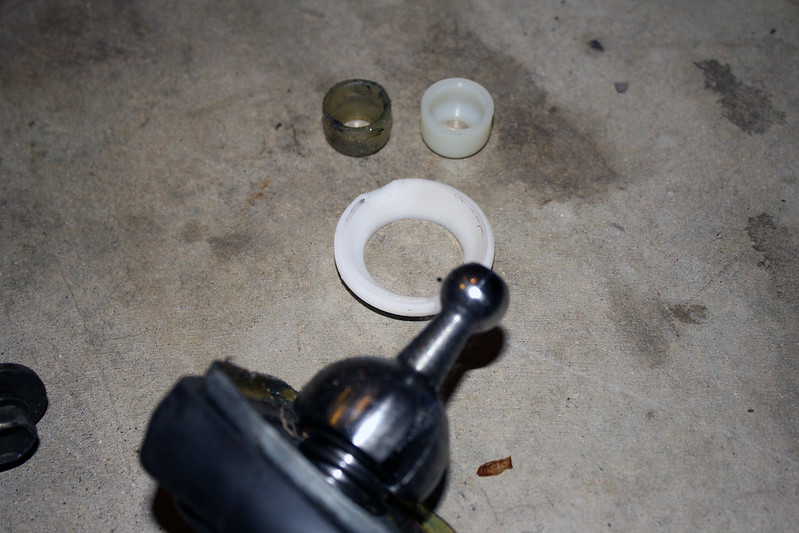 Next up will be installing the bellhousing, input shaft seal, and slave cylinder. One last piece of the puzzle arrived last week- a set of 840cc SARD fuel injectors. 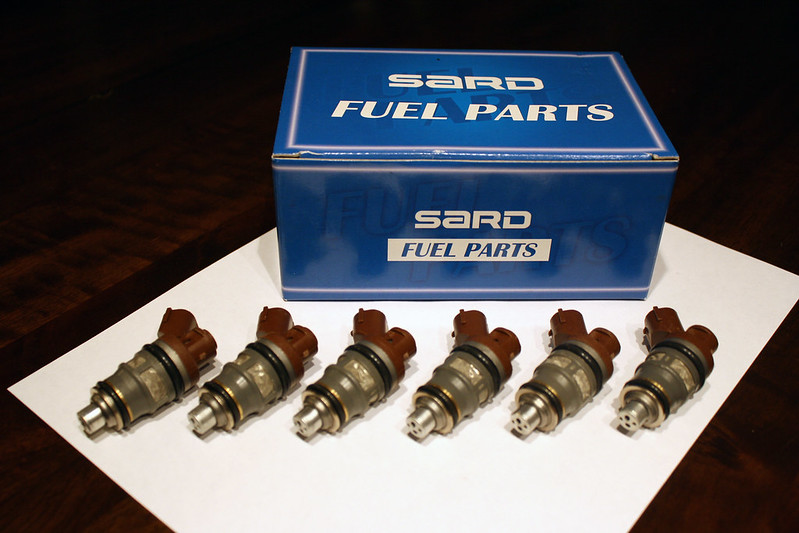 Perhaps these are hinting at something else that might show up soon? Stay tuned to find out…