What Happened to July?

Somehow it has been nearly a month since my last update. It’s hard to believe how fast time flies when life gets busy! Family life has been wild and we did a little bit of traveling recently for our anniversary, so updates have fallen a bit behind. Let’s get everyone up to speed with the current state of the build.

I found after putting my transmission back together that I couldn’t get it to go into gear. I had never torn into a transmission before aside from replacing seals and whatnot, so I called my cousin Nick up for some assistance. Nick is a mechanical engineer for Aisin, the company that just so happened to design and build the R154 transmission. 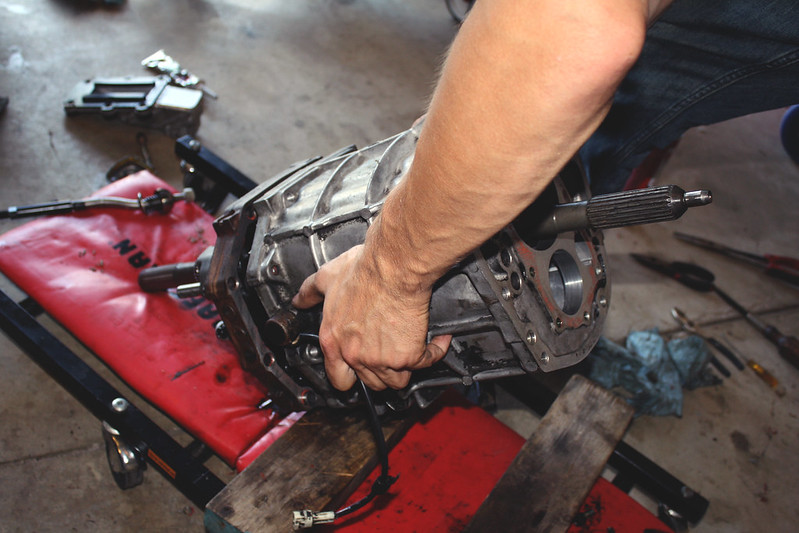 We were able to take the trans completely apart and verify that everything appears to be in good working condition. I probably could have beefed things up a bit more with some more accessories from Drift Motion and Marlin Crawler while we were in there, but my setup probably won’t see a ton of abuse anyway. 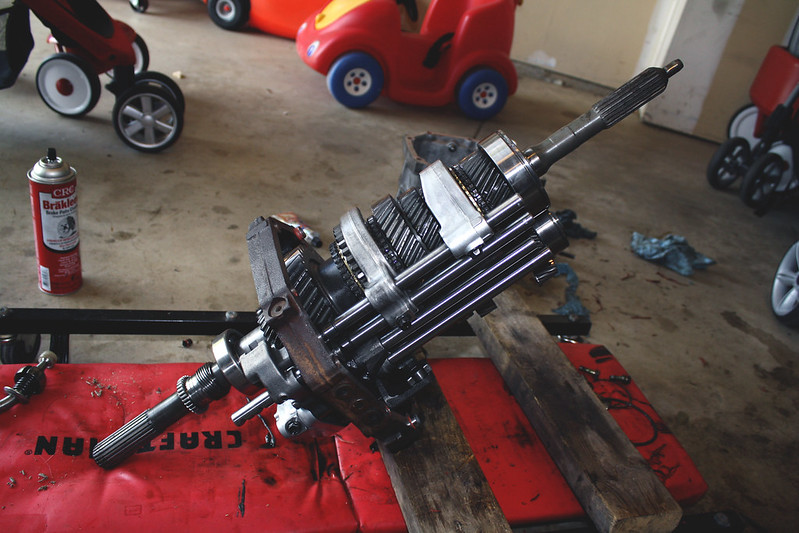 With everything properly reassembled, I installed my Marlin Crawler shifter base bushing, Freed extended shifter housing, and 1JZ bellhousing. The transmission is now finished and ready to be installed in the car, which is a great feeling. Couldn’t be more grateful to my cousin for his help with this. 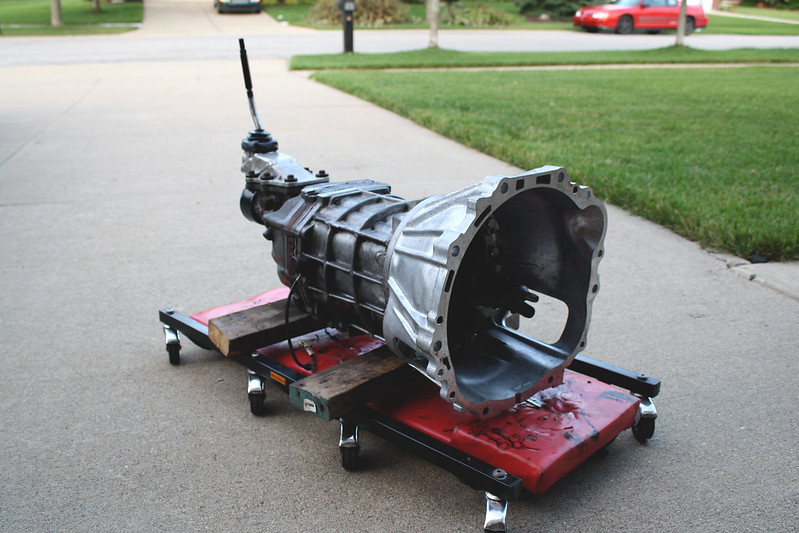 Next up was the installation of the replacement OEM Toyota water pump. I nearly missed the o-ring located on the block, but after seeing the condition of the seal that was in there I am really glad I caught it. 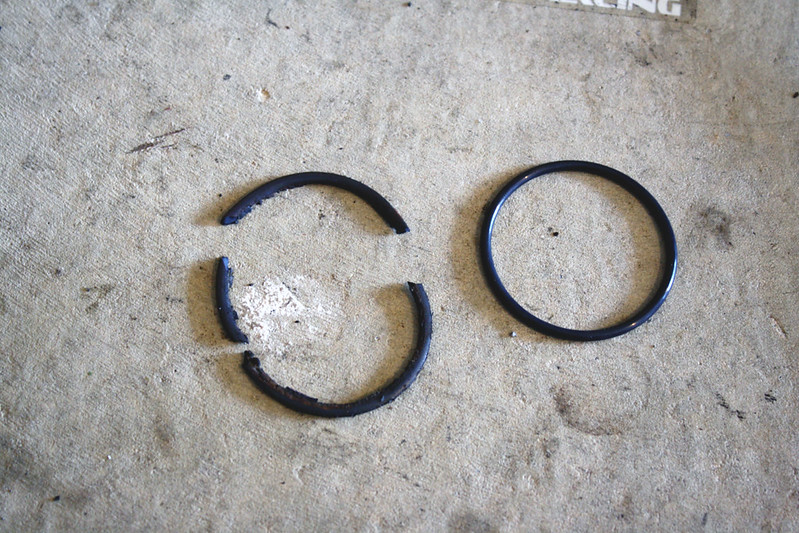 With the o-ring replaced and the new water pump bolted on, I decided to reinstall my camshafts and replacement cam seals. These are a common oil leak culprit on this engine, and I could tell that the seals on my engine were beginning to fail when I first tore into it. 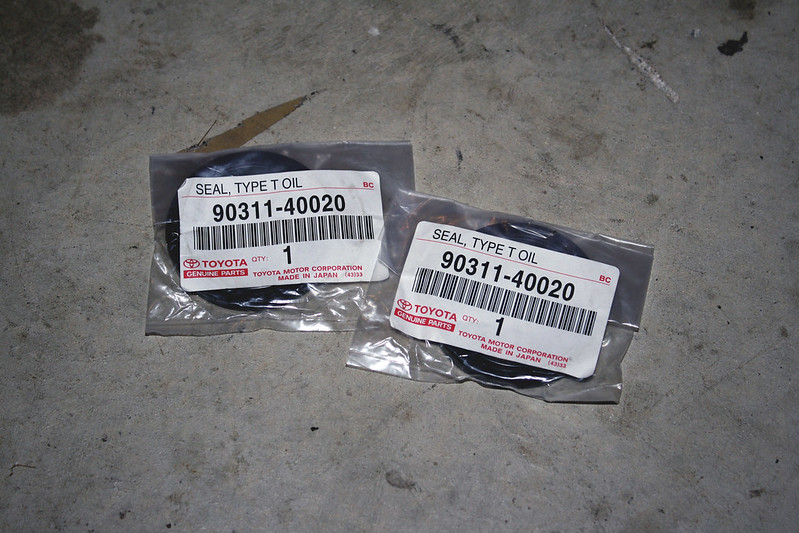 I was really hoping to install a set of Tomei Poncams while the engine was torn down, but I just couldn’t justify the cost right now. There are a lot of other things I could use the money towards to get this car into a semi-completed state, so those items needed to take priority. Definitely something I would love to install someday down the road though. Here’s a shot of the water pump and camshafts installed. Note that the new timing idler assembly is also now in place: 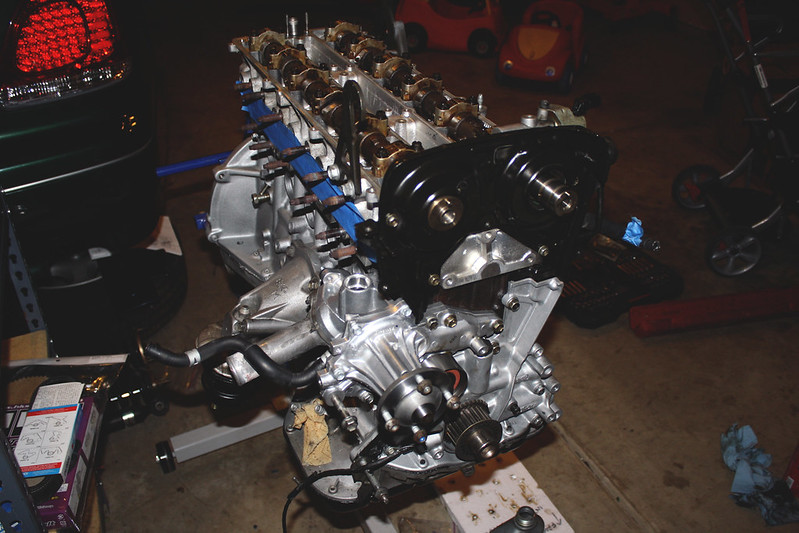 You can also see that I installed my GReddy oil filter sandwich plate and a new OEM oil filter, as well as the sensors for my Defi oil pressure and oil temperature gauges: 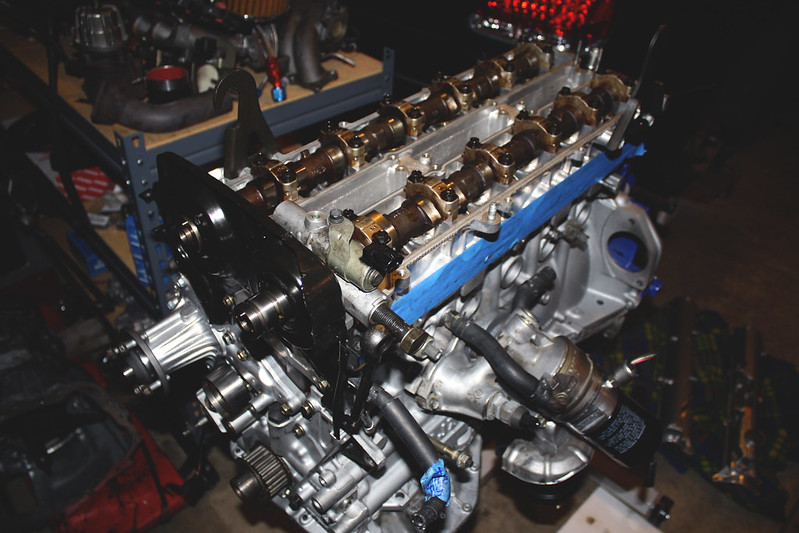 Next came the cam gears. Again, something I would love to upgrade down the road (at least the exhaust side anyway): 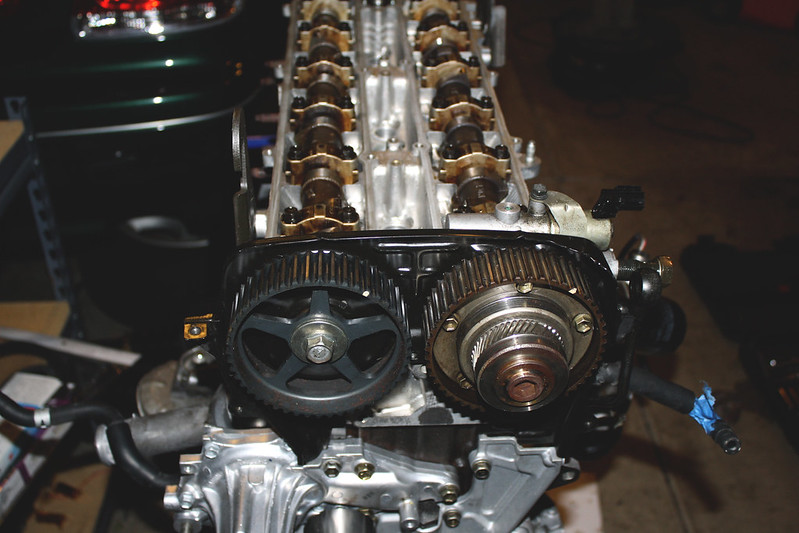 With everything set in the valve train, the next step was to install the valve covers with a pair of fresh gaskets: 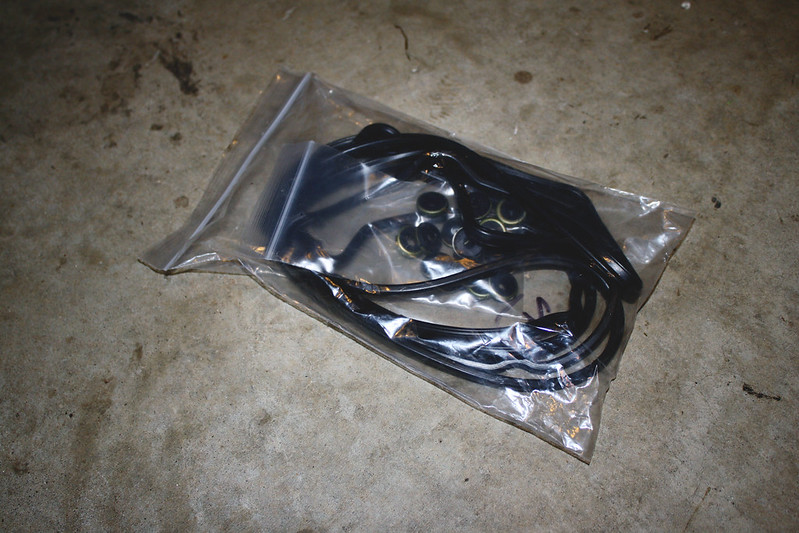 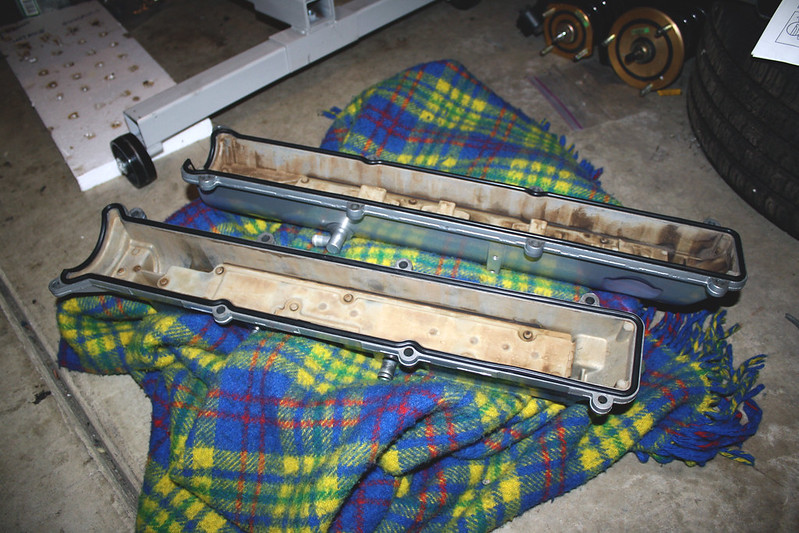 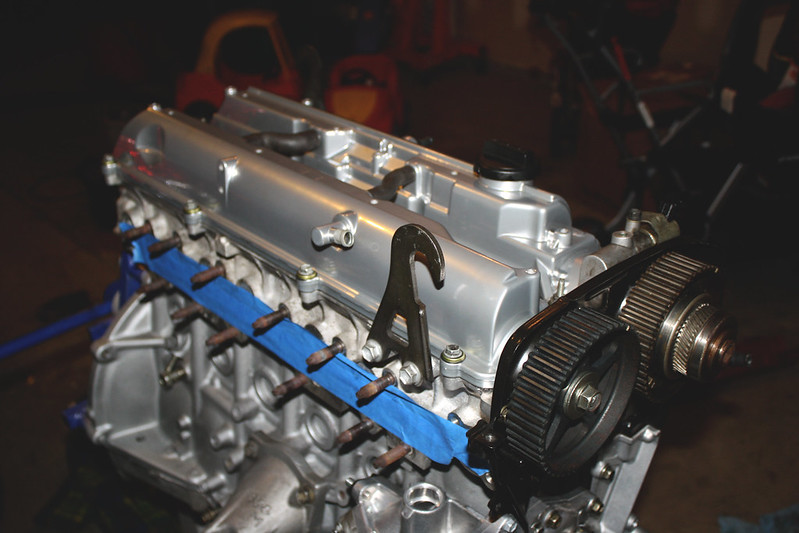 I tossed a new PCV valve in while I was at it for good measure. My oil cap is cracked, so I’ll need to replace that with a much cooler piece in the near future: 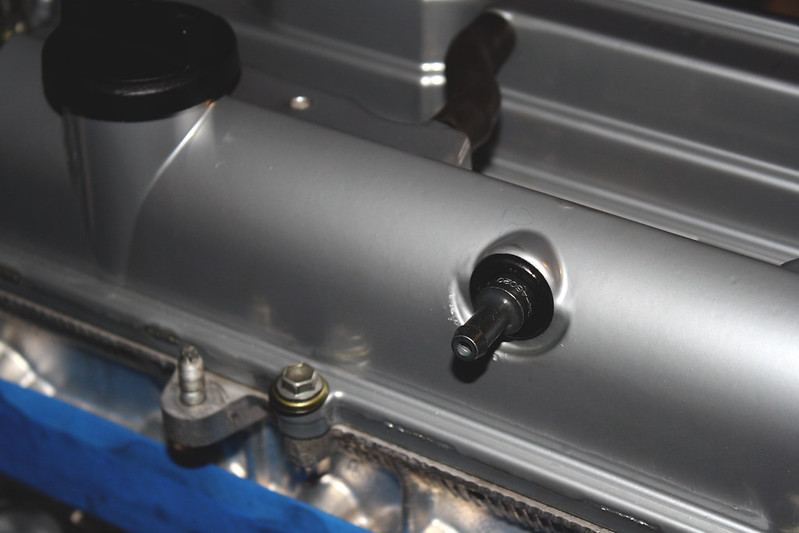 Next it was time to put the timing belt in place: 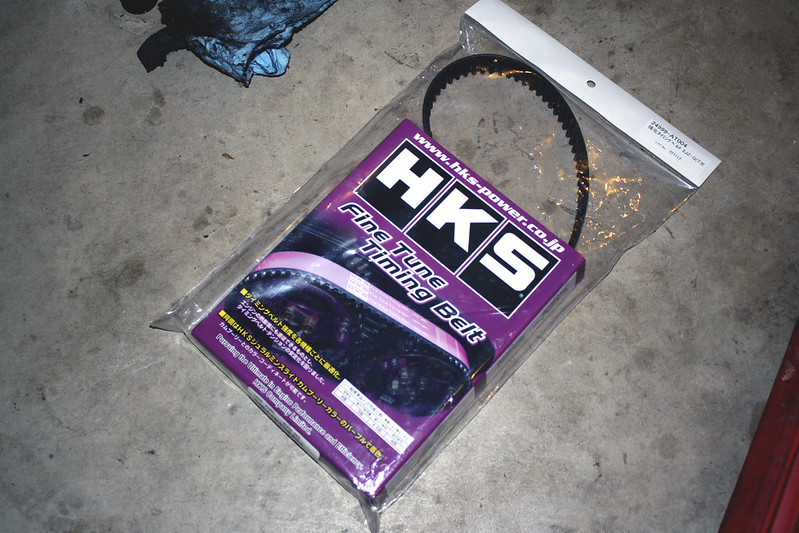 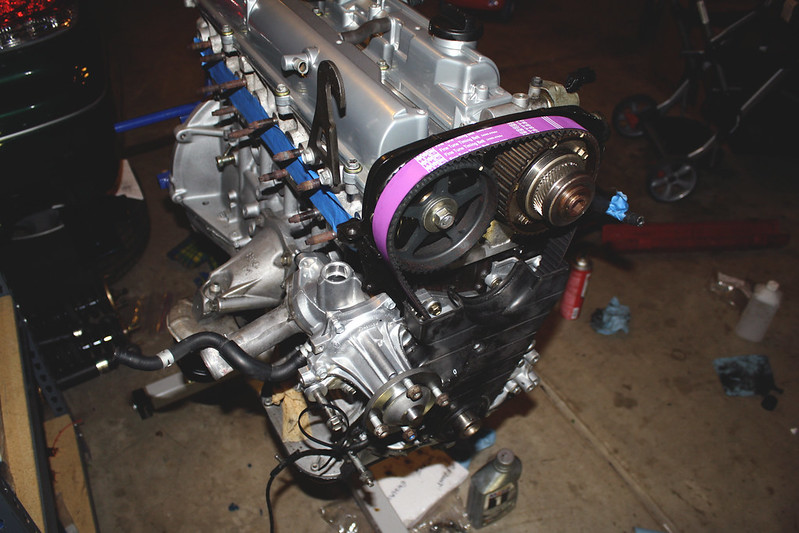 It was at this point that I realized my lower timing cover was looking a bit worse for the wear. It was caked in old oil and had a few broken tabs, so I decided it would be a good idea to replace it: 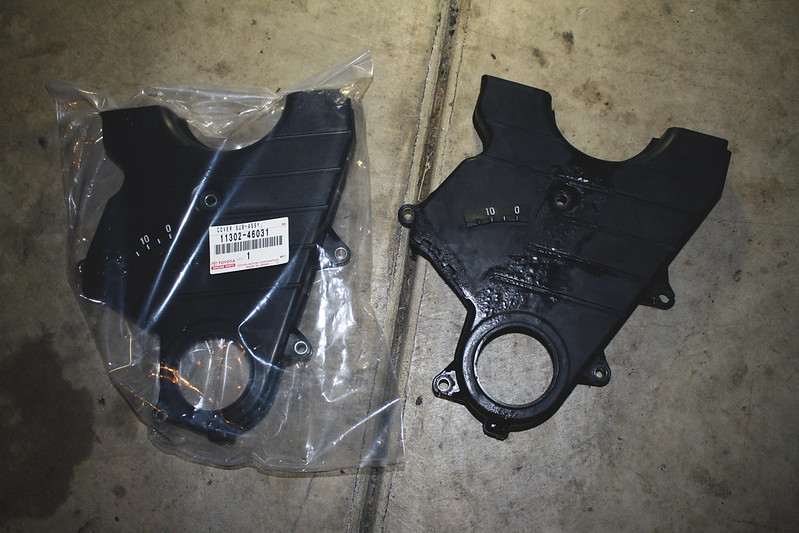 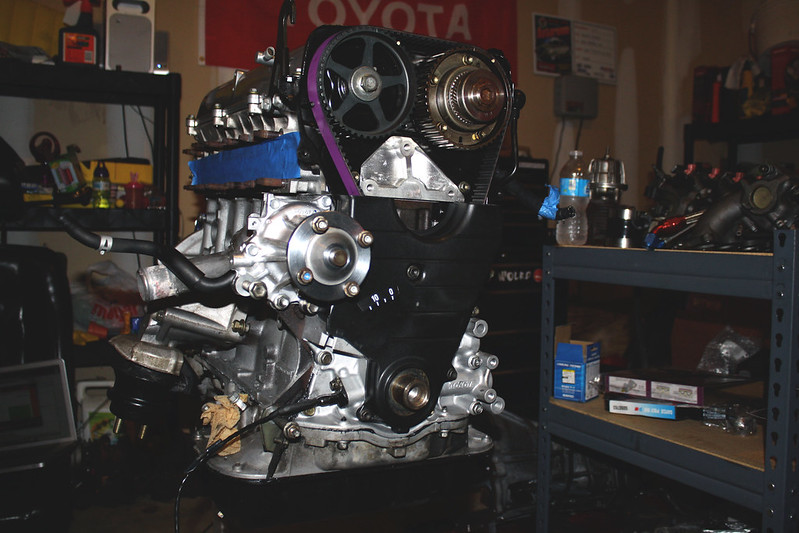 The last piece to the timing assembly puzzle was a new timing belt tensioner: 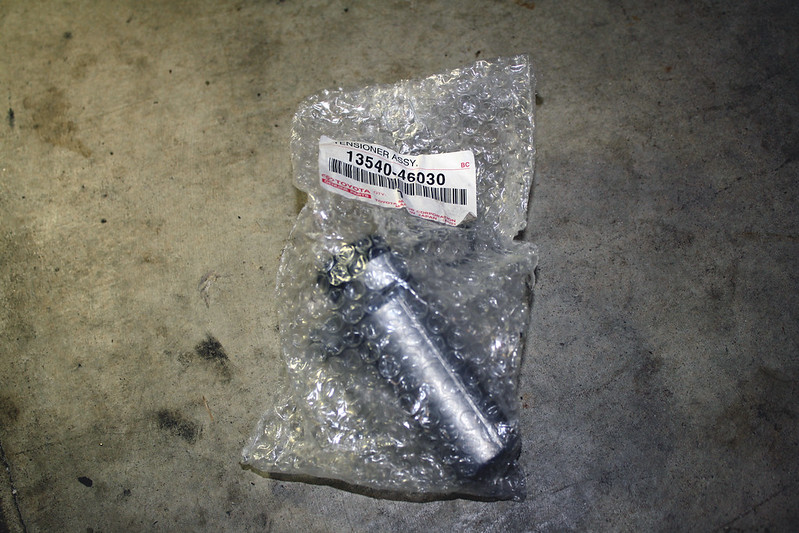 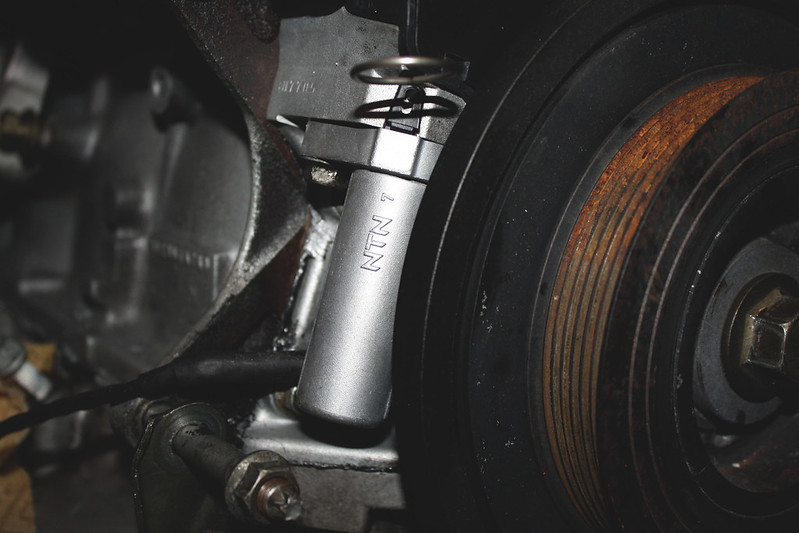 So at this point I am feeling pretty good- the majority of the engine is put together and I can move on to installing the intake and exhaust manifolds, right? Well, when I went to give the engine a couple of quick rotations by hand to ensure everything looked good, I hit hard resistance at just under one rotation. Total bummer… I checked the alignment of the VVTi cam gear and found that I did not have it rotated all the way to the right, but that didn’t solve my problem. If I get the time this weekend, I need to remove the camshafts and try putting everything together again. All of the timing marks are aligned, but I had to have made a mistake somewhere along the line. I suppose that’s all just a part of the build process, but it can definitely be frustrating.

As for new parts arriving, things have been pretty quiet this month. I did however decide on a turbocharger after finding a great deal on one of the forums I frequent. I decided to keep things fairly old school and go with a GReddy T-78 journal bearing tubo. The unit I found was installed on an RB26 but the engine build was never completed, so it is essentially brand new. 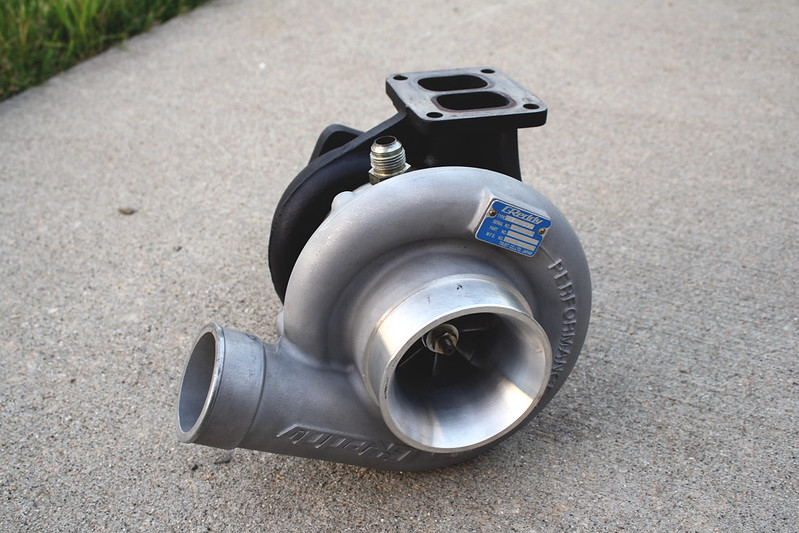 I’ll probably get a lot of flack in the 2JZ community for choosing to go with this turbo as there is a lot of newer and improved technology on the market today. But as I am sure most of you know by now, I really enjoy staying true to genuine Japanese components whenever possible with my builds. This setup is sure to be reliable, and will look and sound awesome in the process. While it may be contradictory to the approach a lot of people take, it’s the way I prefer to go. 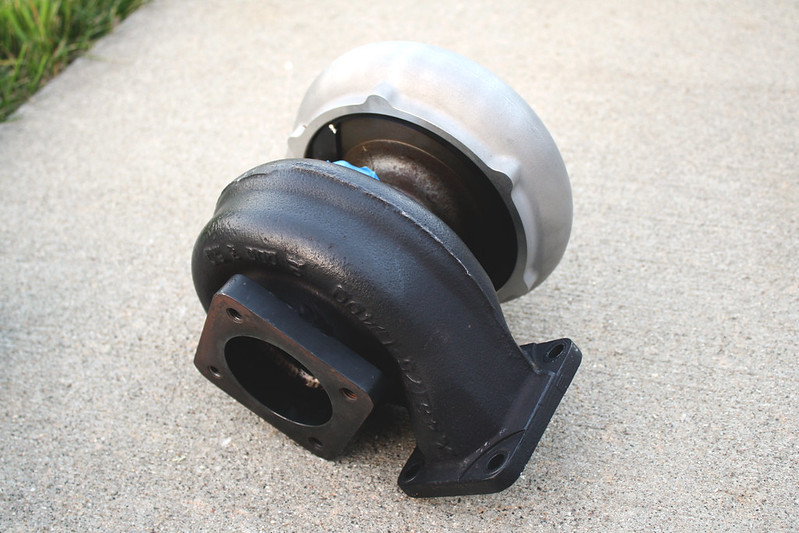 I also managed to source a second hand GReddy Type R wastegate to use with the setup. These are typically more than $1k new, so I was more than happy to find one in decent shape that has seen a bit of use over the years. The dump pipe was included and I don’t think it is a GReddy piece, so I am not sure if I’ll be utilizing it or not. This is my first externally gated setup, so I’ll have to make that decision when it comes time to fab the downpipe and exhaust. 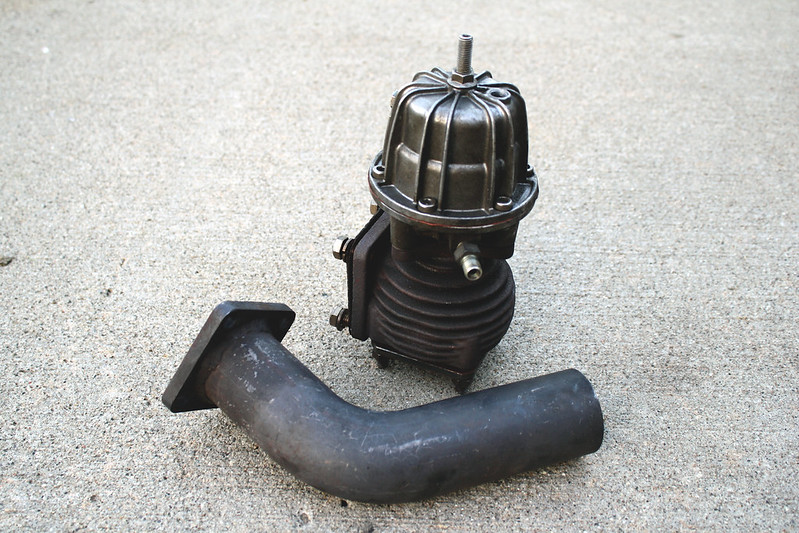 The next order of business will be to source an exhaust manifold and complete the water and oil lines for the new turbo setup. My hope is to find a TRUST manifold originally designed as a part of the T-78 kit, and I believe I might have a solid lead on one of those. We’ll see what happens though.

Finally, I got bored and decided to toss the hood on the car while it continues to wait patiently for the new drivetrain. I can’t wait to see some crystal clear headlights, a new bumper, and my GReddy intercooler looking back at me from the garage. Here’s a blurry photo that I’m going to post anyway: 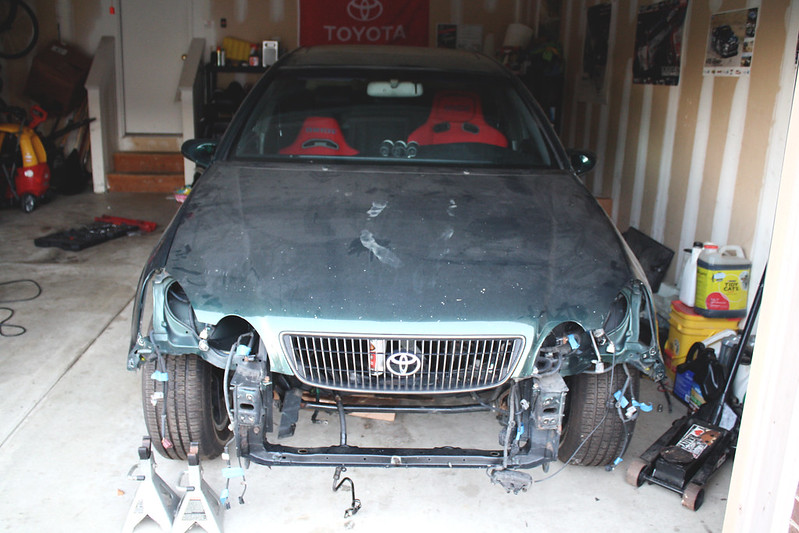 I’ll try to do better at keeping everyone updated through the rest of the summer. In the mean time, keep an eye on www.Speed.Academy for updates on my build. Speed Academy is the new venture headed up by my friends David Pratte and Peter Tarach, the guys that ran Modified Magazine before it was shut down earlier this year. I’ll be posting updates on the build over at their site roughly every two weeks in addition to here on my personal blog. I’ll go into a bit more technical detail over there as well, so if you’re looking to rebuild your 2JZ or swap your Lexus GS it should be worth checking out!