After cruising around the block a couple times on Sunday I found that the car was beginning to run a bit strange. It sounded like it was on three cylinders and there was some white smoke coming from the exhaust. After doing a bit of research I found that this can be caused by a stuck injector or a bad injector o-ring. I replaced all of the o-rings when I had the motor apart, so I suspected a bad injector. I pulled all of the plugs and found that the #3 plug was wet and there was a puddle of fuel on the piston.

I took out my #3 fuel injector on Monday night and found that the o-ring was torn despite the fact that I just replaced them. I must not have greased that one well enough and pinched it somehow during the install. After letting the fuel in the cylinder evaporate for a day, I swapped in a replacement injector and put everything back together. I am pretty sure my spark plugs are in rough shape now so I’ll need to replace those as well (even though they were brand new… bummer.)

Last night I was able to pull the car into the driveway and give it its first proper wash since October of 2012. Pretty crazy to be washing this thing again. It’s definitely in need of some attention, but at least all of the initial grime is off of it now. My oldest daughter and all of her neighborhood buddies were excited to get in on the action. Needless to say I had to redo all of it after they went to bed, but at least they were getting a kick out of it. 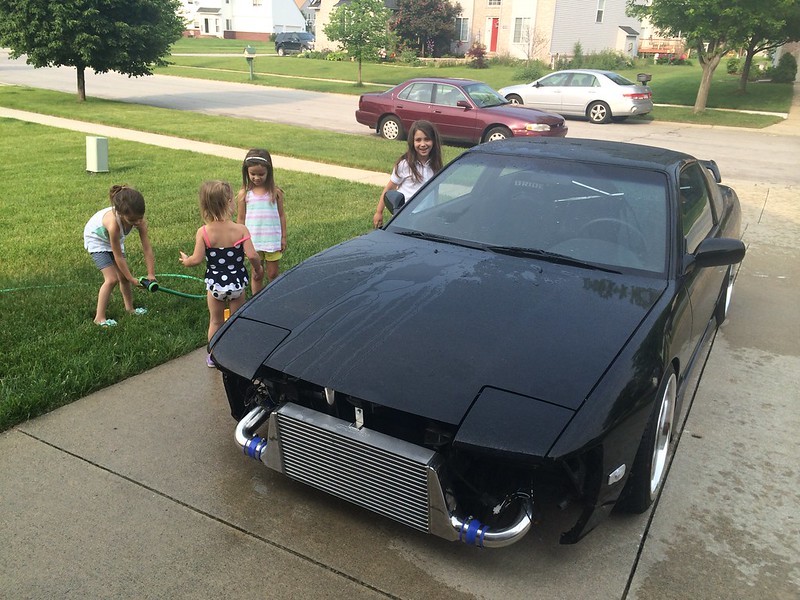 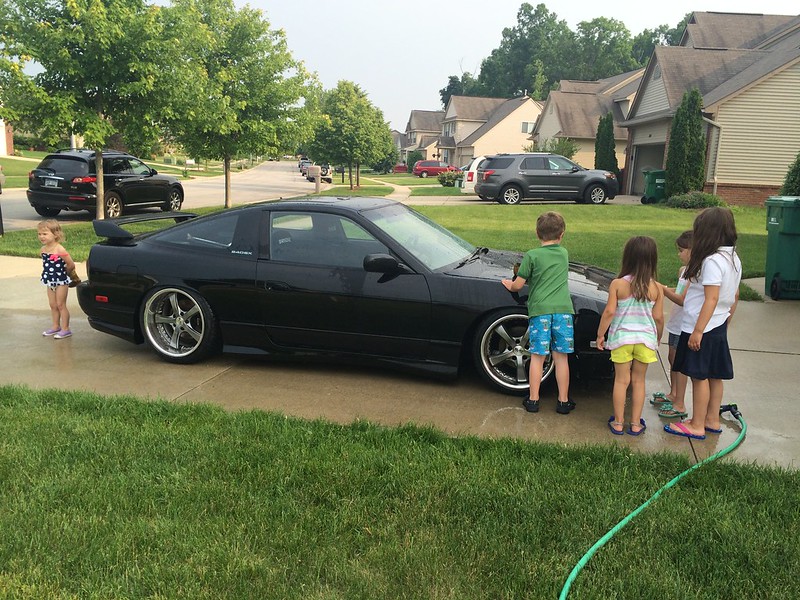 It’s pretty tough for me to troubleshoot anything with the car that requires the engine to be running as it always wakes my kids up. I’m typically too distracted to get anything done while they are awake so that can be a challenge. I was only able to let it run and take it up and down the street for a few minutes, but the car still seemed to be burning some fuel off and smoking a bit during that time. I am hoping it’s just residual and it needs to run a bit longer to be rid of it, but we’ll see if I get lucky or not. I pulled the plugs again and none of the o-rings appear to be leaking now. I’m sure a fresh set of plugs will only help matters. 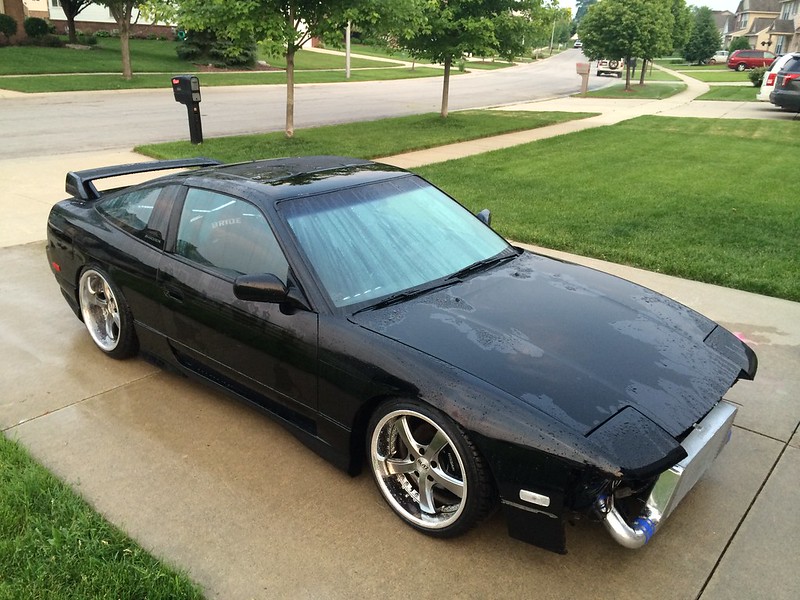 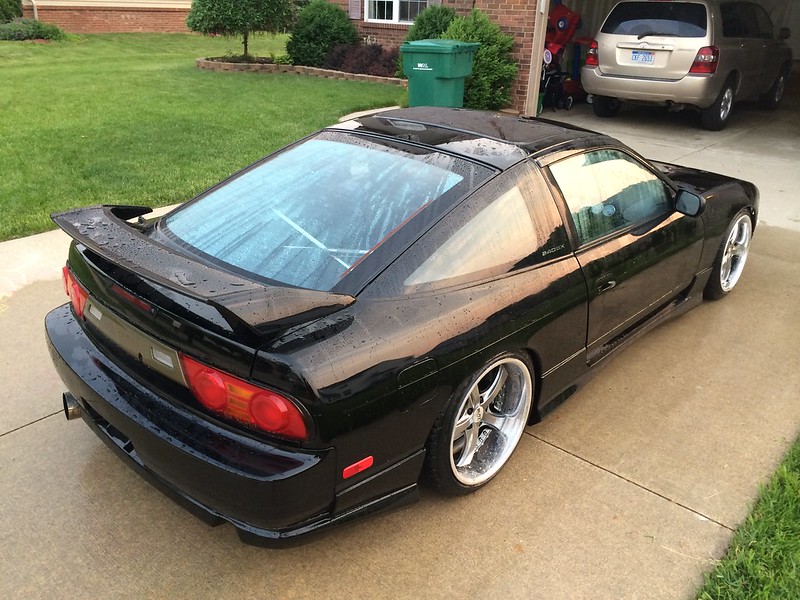 My brother got me a cheap HID kit for the car for my birthday that I installed last night as well. This is more or less the same setup I had on the car previously. 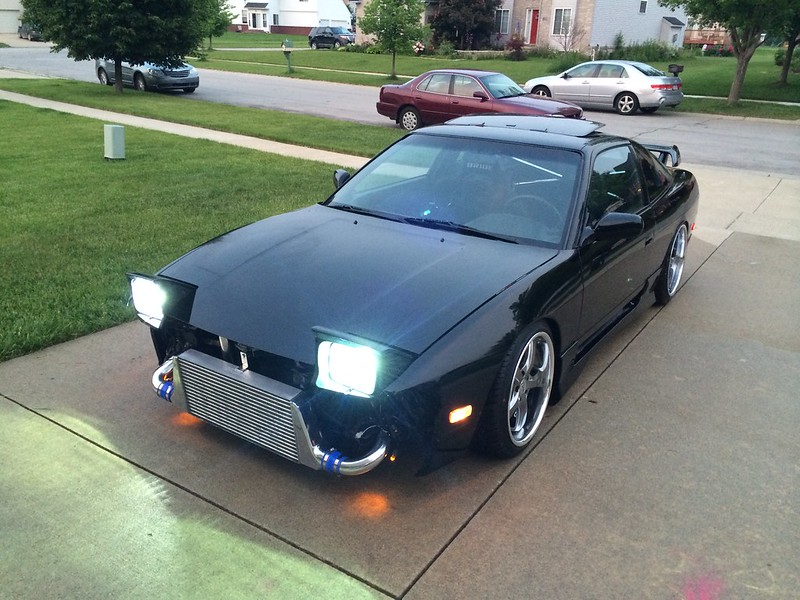 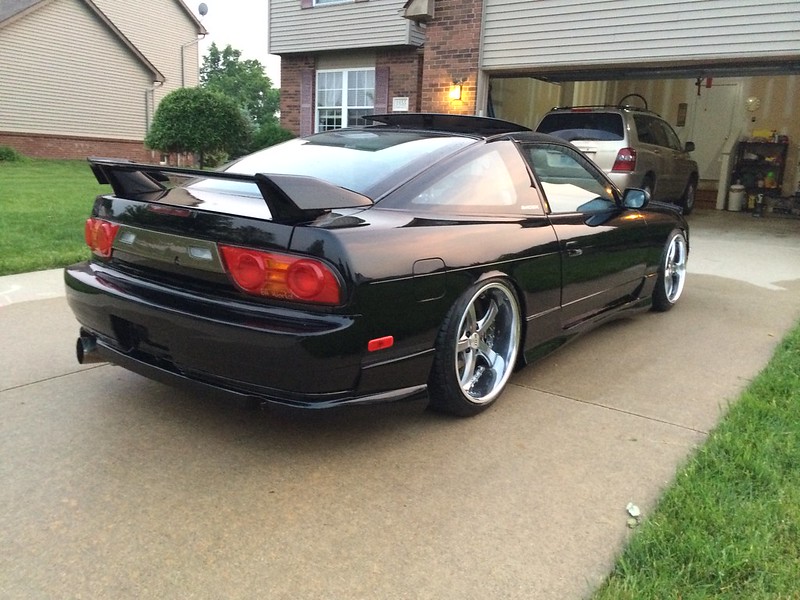 I didn’t get any pics, but after that I reinstalled some of my interior plastics and the glove box that had been removed during the rebuild process. I just need to wire up my gauges and Pivot controller and then the interior should be set. I also sold my Nardi 360mm steering wheel and picked up a different one that will be here Friday, so that will be installed over the weekend.

I’m hoping to keep plugging away at the small details I have left through the rest of the week and with any luck start driving the car soon.