Wow, what a weekend! I’m thrilled to say that I was able to drive my S13 again for the first time since I parted it out back in October of 2012. It was an amazing feeling to take a spin around the neighborhood in my car again. I don’t think you could have convinced me that I would get another chance to do that back when I sold it two and a half years ago. 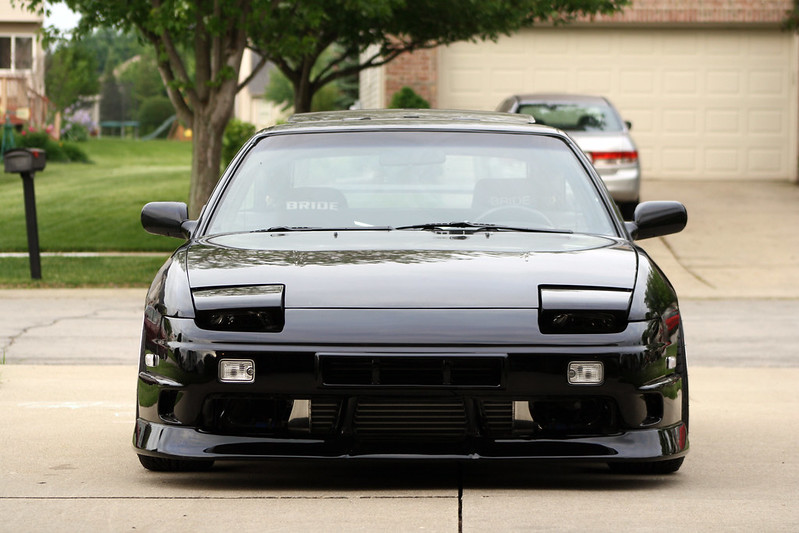 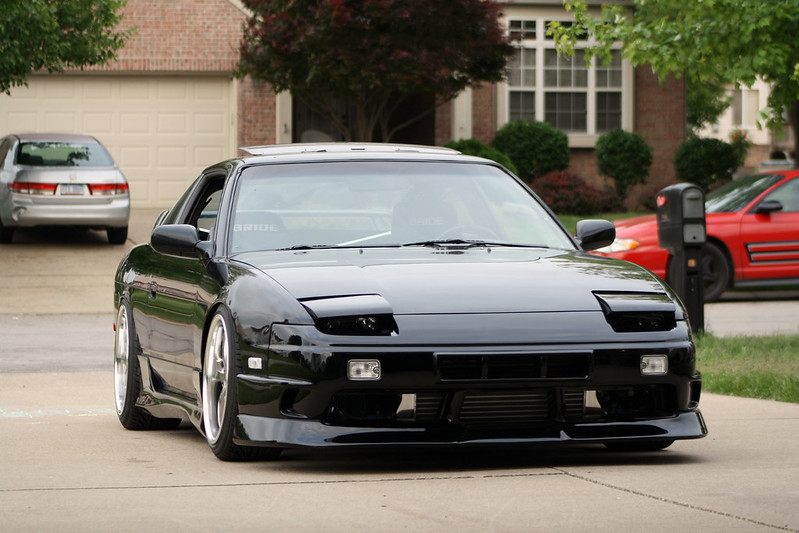 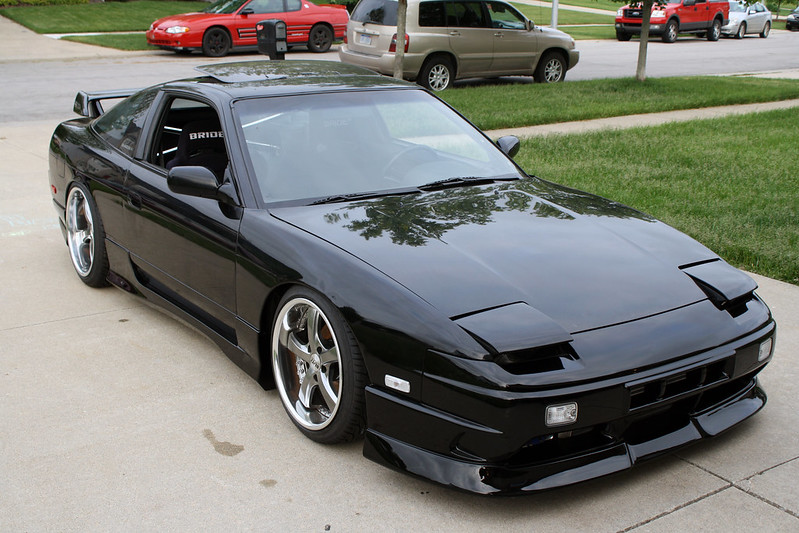 I spent a couple hours late on Thursday night trying to get the suspension and ride height dialed in so that I could pull the car out of the garage on Friday. I knew I was going to be able to get the car out soon and decided it was best not to go into the office so that I’d have some time to putz around with it. After making some adjustments I had the car on the ground in the garage by the time I went to bed early Friday morning. 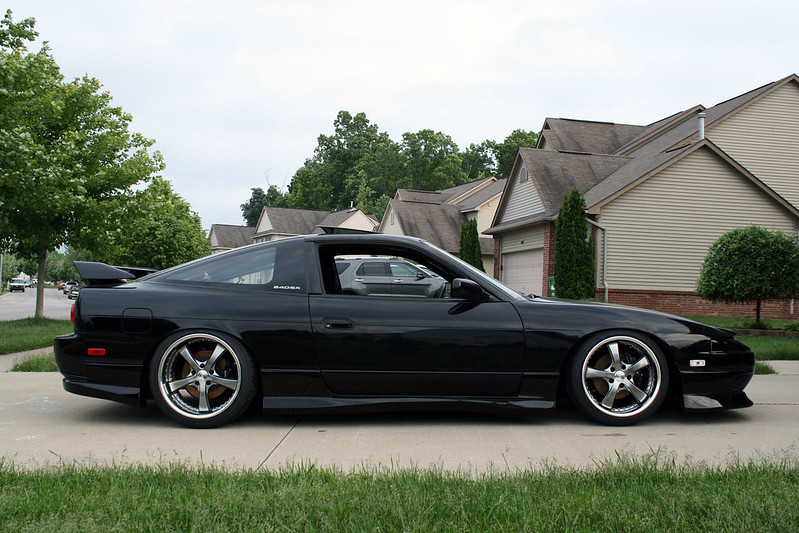 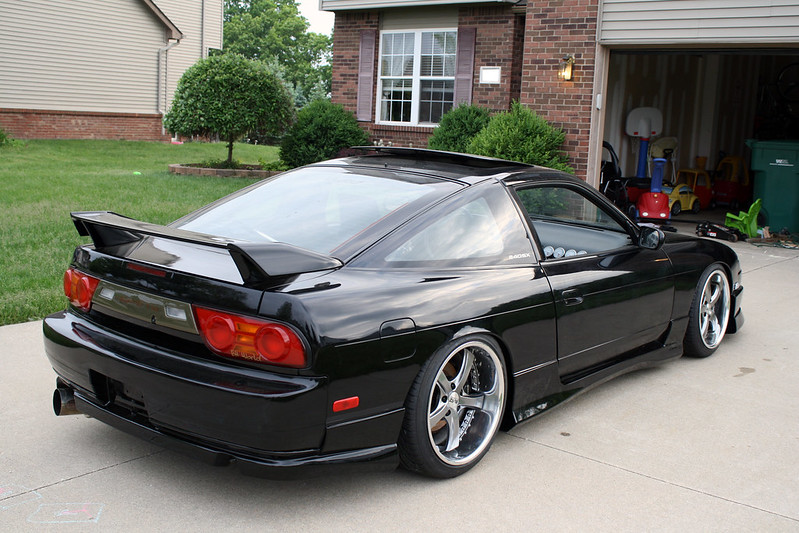 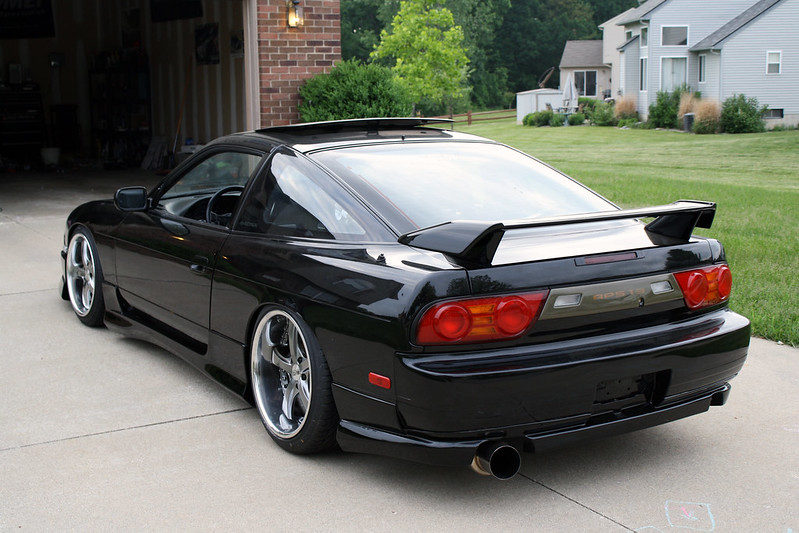 Friday was fairly hectic with attending my oldest daughter’s dance class in the morning and hanging with the family, but after nap time was over Kinsey and I were able to make some modifications to the front bumper, install the position lamps and all of the brackets needed, and finally mount it on the car. With the bumper in place, we fired it up and back the car out into the driveway for our first look at the (more or less) finished product. That’s when we snapped these photos and videos you’re viewing now.

I’ve gotta admit- I was pretty blown away with the outcome. I am pretty indecisive and change my mind all of the time when it comes to my cars, so to see the final product and to be so happy with it is a great feeling. I am really digging the Hot Road aero now that it’s all painted and on the car. I really wanted to try it and almost went ahead with it in 2012, but ultimately sold the car instead. It feels great to have this car back in the driveway! 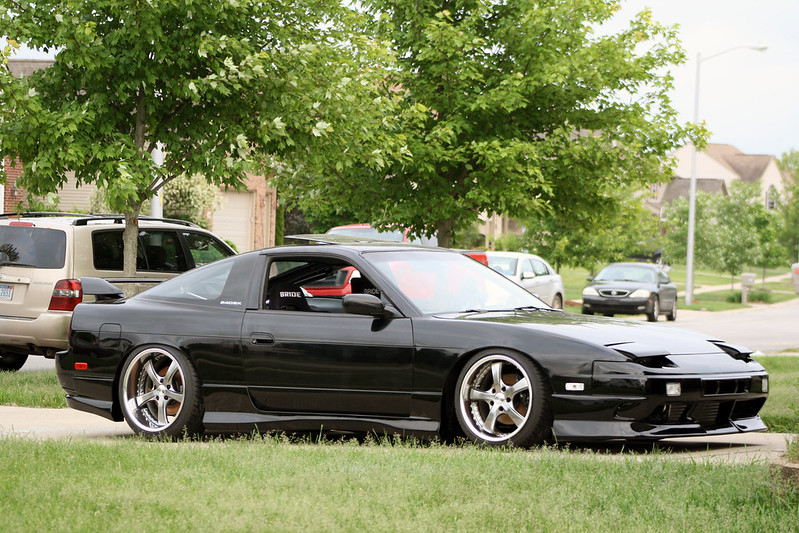 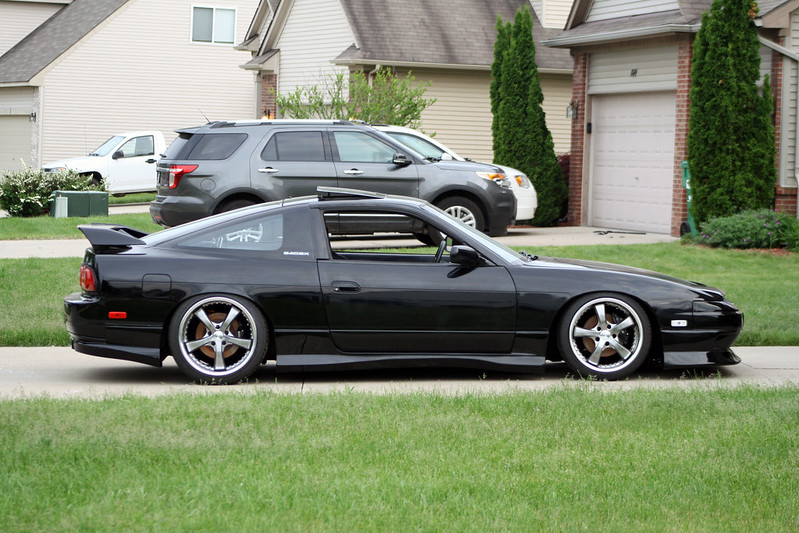 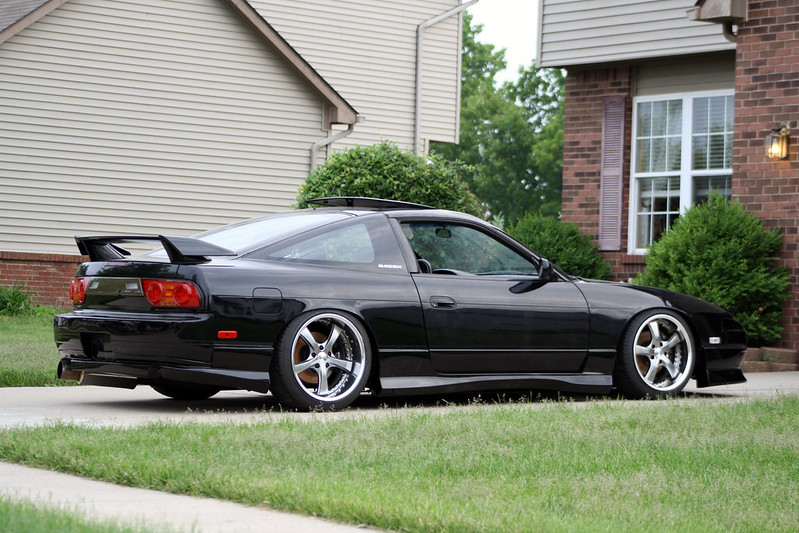 I am also really happy with the wheels. I like Work XT7s a lot, but I just felt iffy about them. I’m glad I decided to go with the Blitz Z2s. Both the front and rear are .5″ less wide than my Blitz 03s were and I think that was a great choice. I should have a lot less trouble with these specs. I said I wouldn’t do lipped wheels again and would only go with monoblocks this time, but man… I really like it! 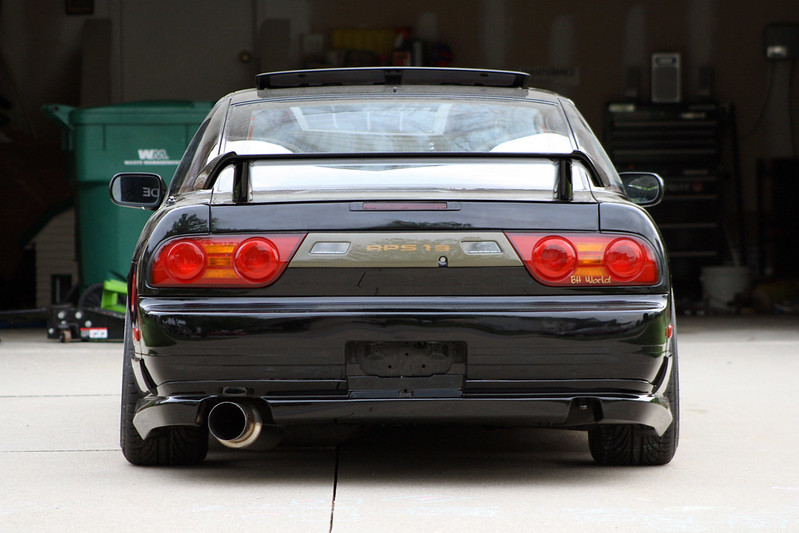 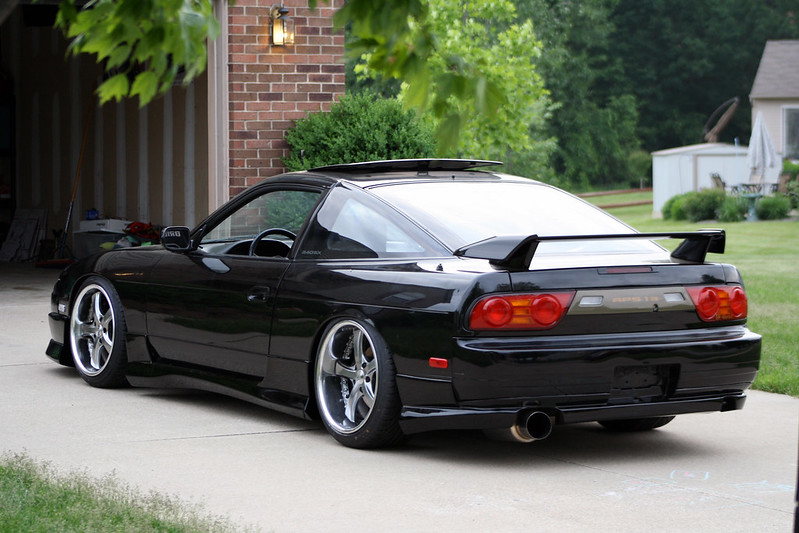 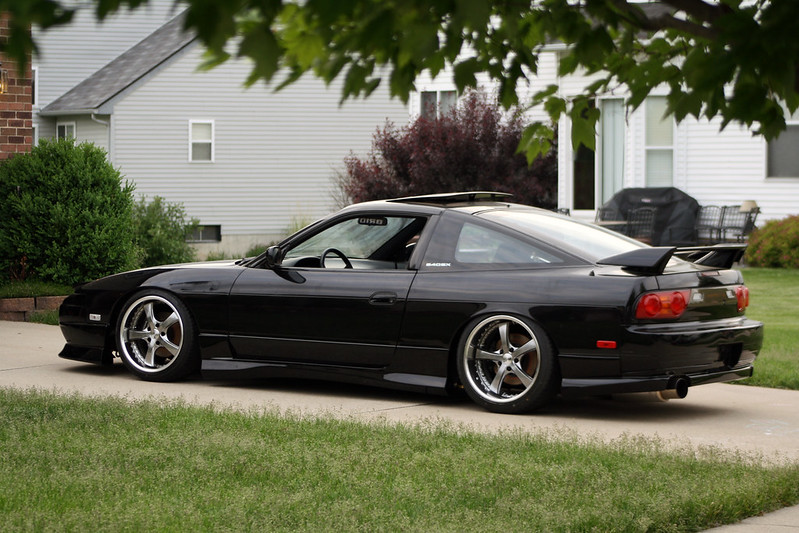 We were busy all day on Saturday, but last night I was able to drive the car around the block. A lot of my neighbors recognized that my project car was out and about and were quick to greet me with verbal compliments and thumbs pointed towards the sky. It didn’t take long before the neighborhood kids were yelling things to me either. Definitely one of my favorite trips around the block! 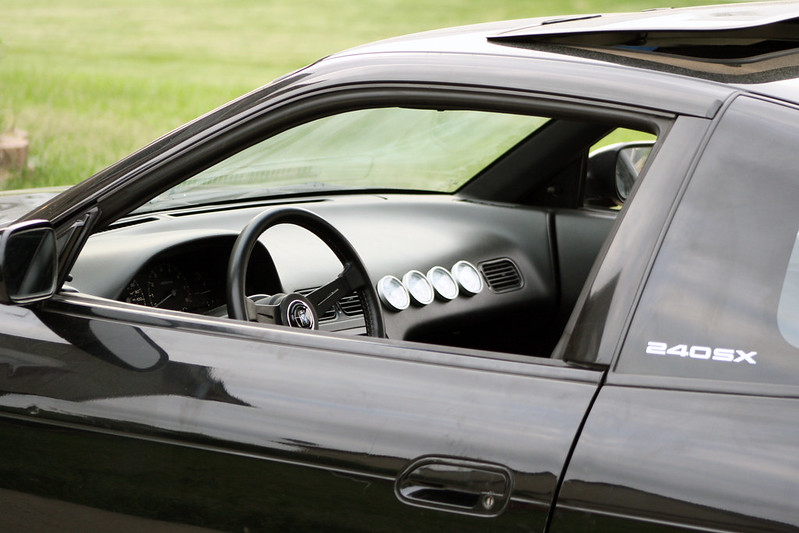 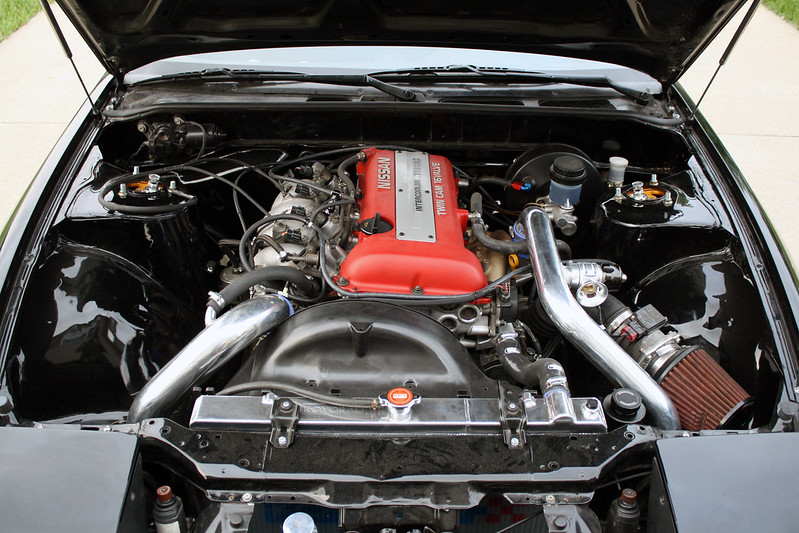 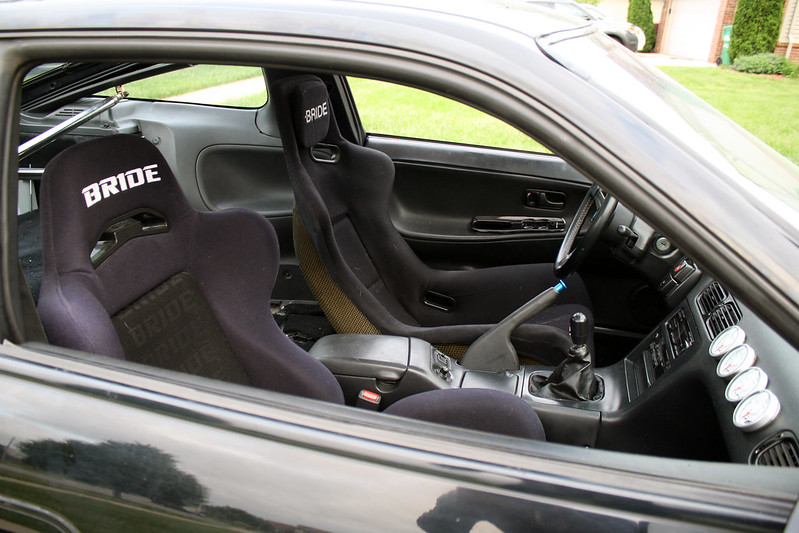 Unfortunately, the car began to run as if it were on three cylinders and was blowing white smoke a bit later in the night. I pulled it back in the garage and was really bummed out and concerned. After a bit of reading it sounded like either one of my injectors was stuck open or one of the o-rings may be bad. I pulled the plugs and found that cylinder number three had a small pool of fuel on the cylinder. I replaced the o-rings when the engine was apart, so I suspect a stuck injector. I’m going to throw a spare in tonight and hopefully that will solve the problem.

Despite a couple of kinks to work out and details that still need to be completed, I’m really pumped about having the car out and about. Hopefully this week I can work out some of the bugs, get the car plated and insured, and try venturing around town a bit!

Thanks as always for reading and sharing in the experience with me. It’s of course enjoyable for me to wrench on the car by myself in the garage, but sharing the build with the masses and talking to people about the car is always rewarding as well!