The Moment of Truth

Well, it’s about that time again. The time where I am virtually out of things that need to be done in the garage and need to muster up the brass to take the car on its first drive to the office. I’m always more paranoid than most people probably are when I finally take the car on its first drive outside of my neighborhood. There are always little issues that arise, but for the most part I’ve been really lucky in the past (knock on wood.) 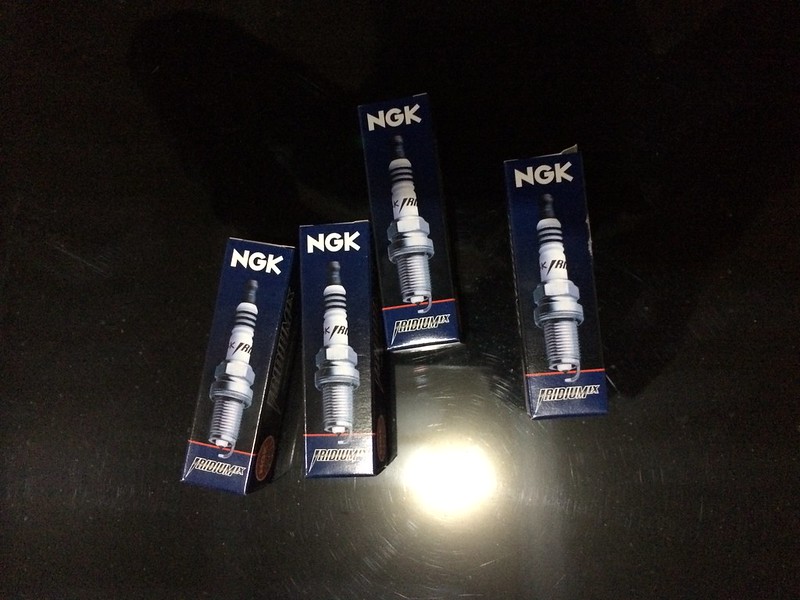 Alicia was out on Saturday night, so after I put the girls to bed I had the night to myself in the garage. I managed to knock out a lot of small things I needed to do to the car. I tossed in a fresh set of spark plugs and finished sorting things out in the engine bay- mounted the boost controller, shortened some vacuum lines, zip tied wires together, attached grounds, etc. I’m content enough with the engine bay for now as I am not really going for the crazy show car vibe I was previously. I should probably replace the air filter though. I really want to pick up an additional valve cover and have it done in gloss black at some point, so I’ll probably try to do that soon. 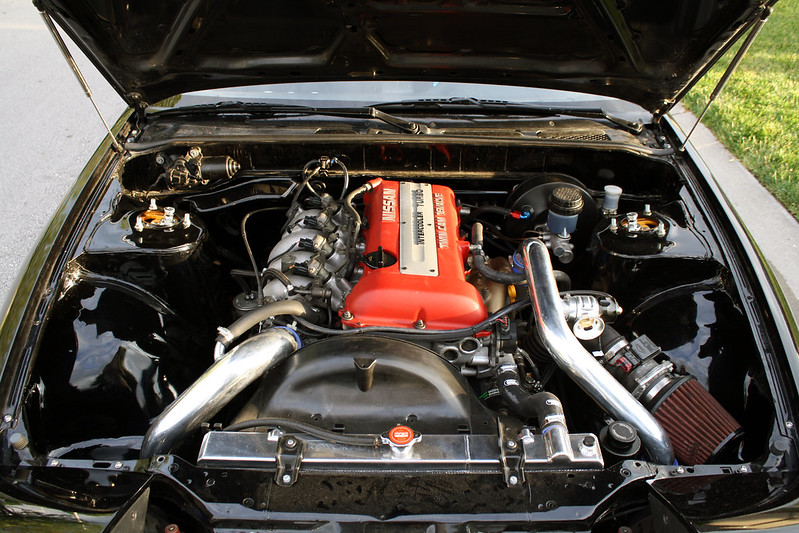 There was a bit of wiring on the front of the car that needed to be sorted and cleaned up so I took care of that as well. I also picked up some bulbs for the position lamps and turn signals. I raised the rear ride height just slightly as it was sitting a hair too low for my taste. 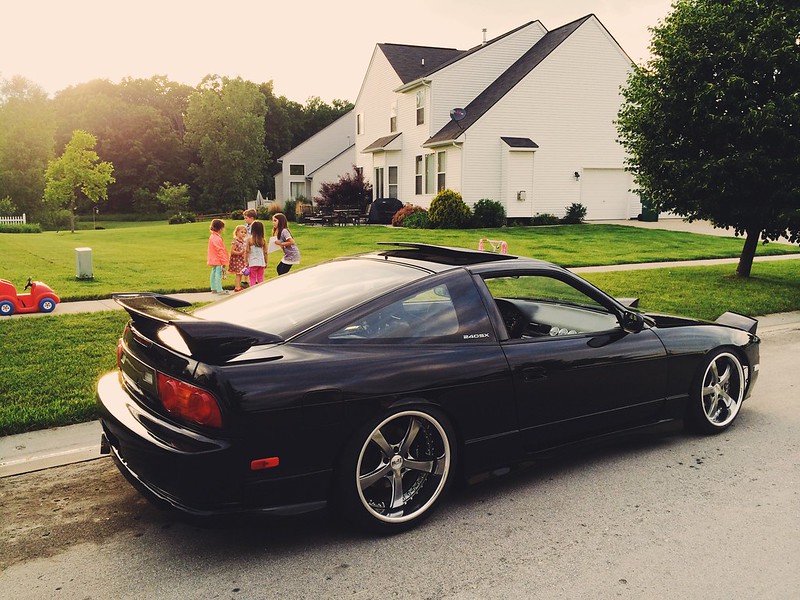 Moving to the interior, I wired up my Defi gauges and mounted my link controller in the DIN pocket below the radio. I found that my oil temp gauge I bought from someone on Zilvia doesn’t work, so I need to find a replacement for that. I’ve decided to just run four gauges in the dash and not add any on the top for now, but maybe I’ll decide to do that later. I also installed a fresh OEM shift boot from Russell at NissanParts.cc 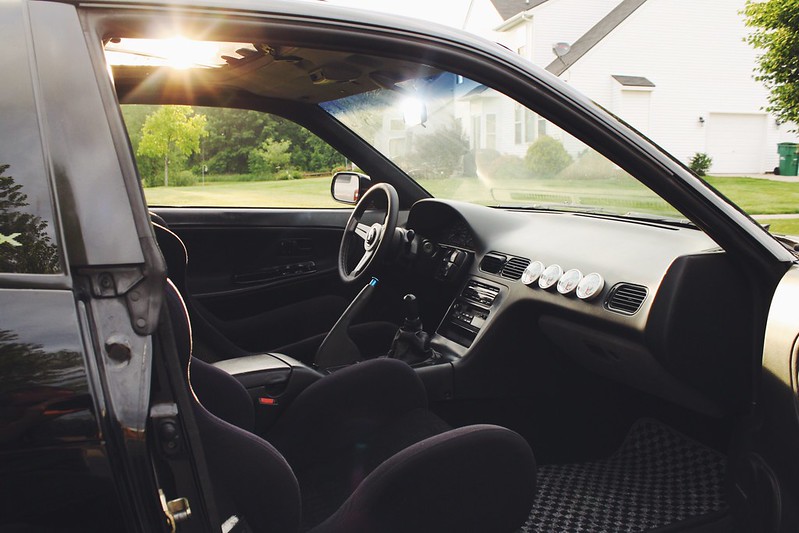 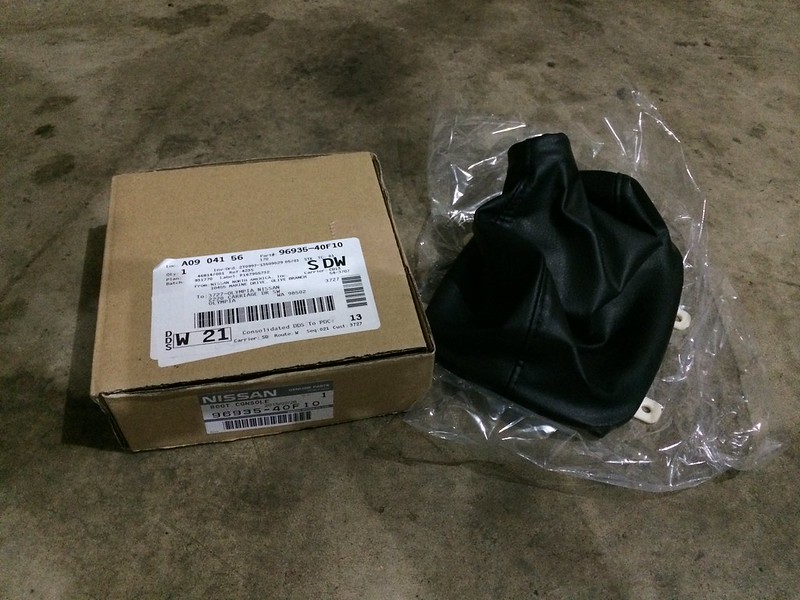 I’ve always used a Nardi 330mm wheel in my S13, initially starting out with a deep corn and then switching to a Classic later during my ownership. I initially installed a 360mm Classic I kept from the Lexus this time around, but found that it was too large and left me without much leg room. I decided to try something slightly different (Inspired by Koguchi) and picked up a silver 330mm Classic. I was iffy on if it would look good or not but I really like it! 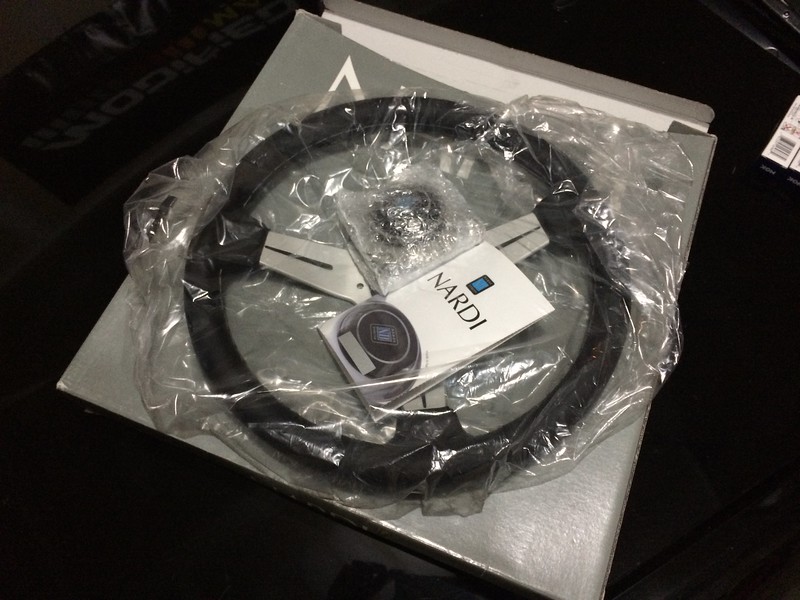 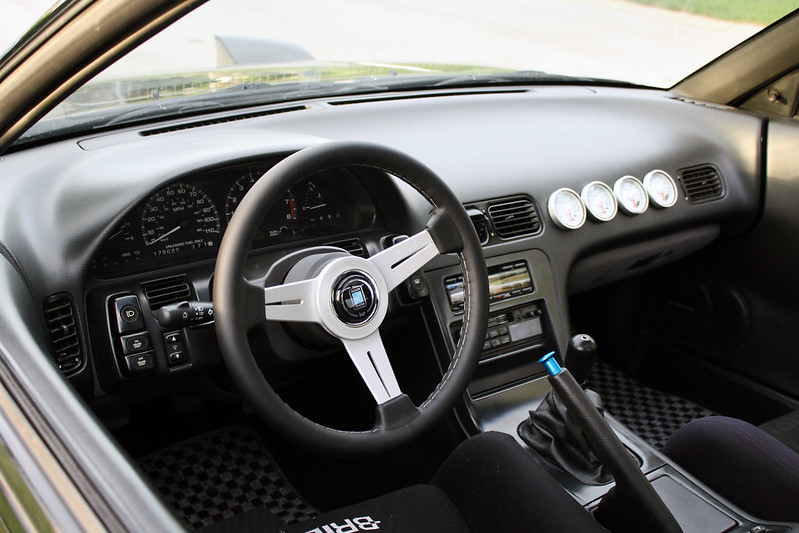 At this point my checklist is looking pretty short. I’m planning to add insurance to the car today and head over to the Secretary of State to handle the title, registration, and get a plate for the car tomorrow. After that it’ll be off to the alignment shop- possibly as soon as Friday, but we’ll see how things shake out. Stay tuned!

1 Response to The Moment of Truth