After getting the car all buttoned up a week or two ago, I went through all of the necessary hoops to get the car titled, insured, registered, and plated. Fortunately we don’t have many restrictions as far as cars go here in Michigan, so all I really had to do was present the title and proof of insurance to the Secretary of State and the car was legal for road use. 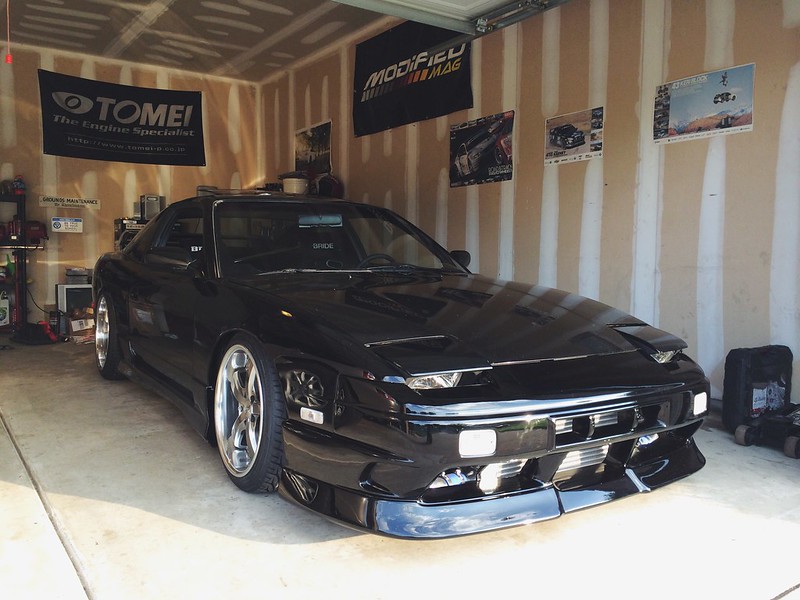 My family was kind enough to allow me the free time to detail the car on Father’s day. I don’t know a ton about detailing on a professional level, so I basically just used some swirl remover, glaze, and wax I had laying around. My car has a ton of dents, scratches, and other paint flaws but I am always really surprised how decent it looks when I put some time into cleaning it up. 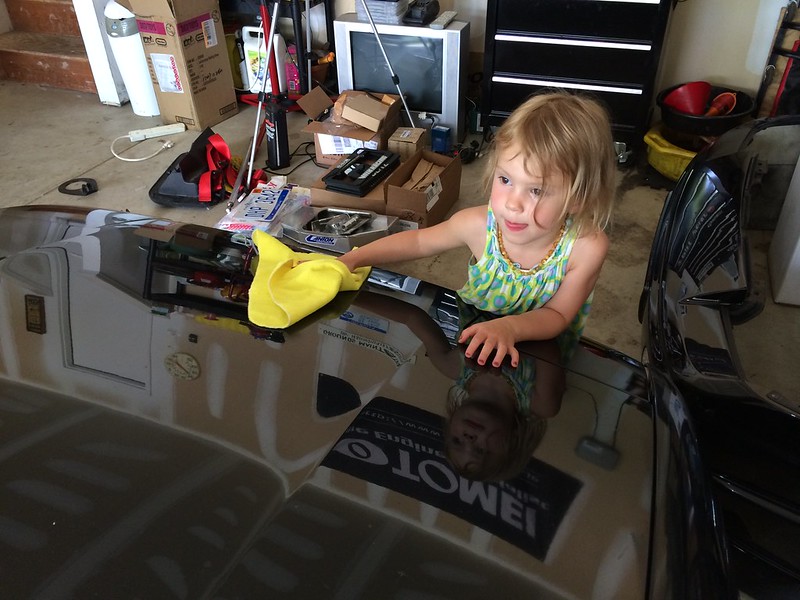 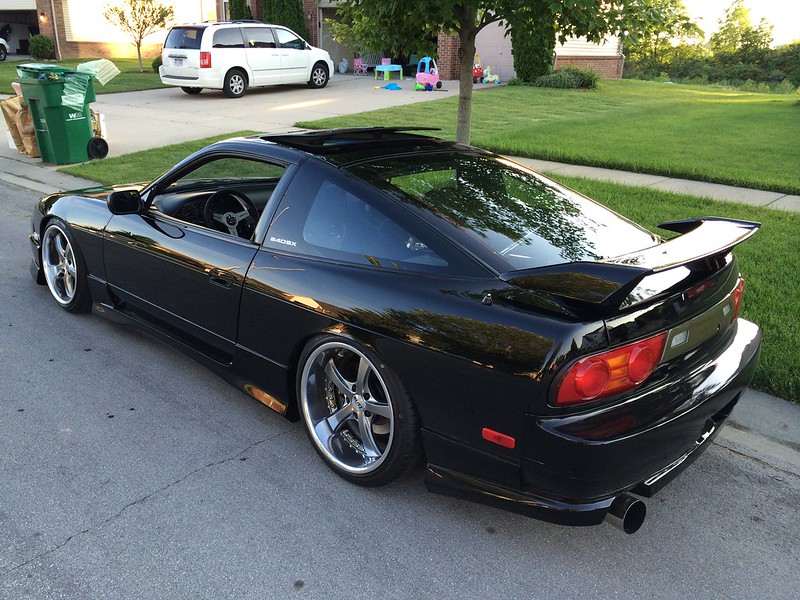 I found that the license plate didn’t fit with the Hot Road rear valence, so I had to pick up one of these license plate angling kits in order to install it. I was skeptical but it seems to do the trick! 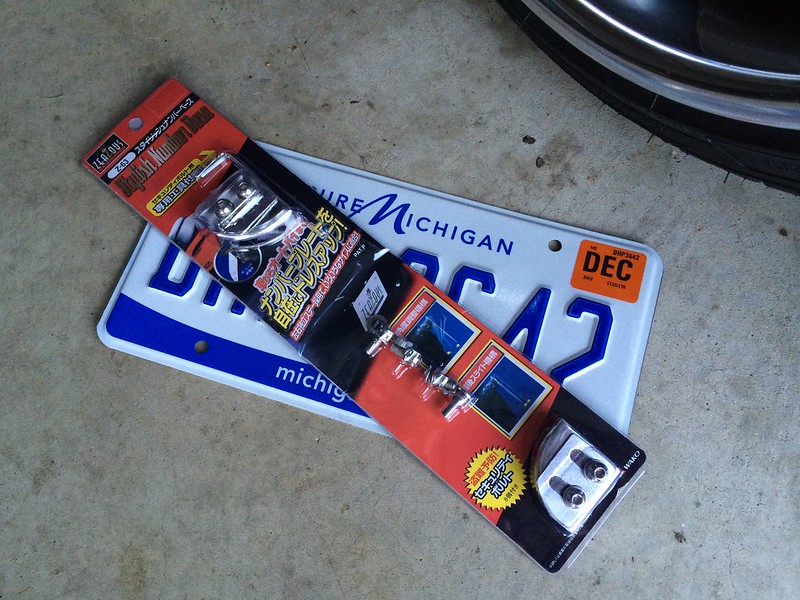 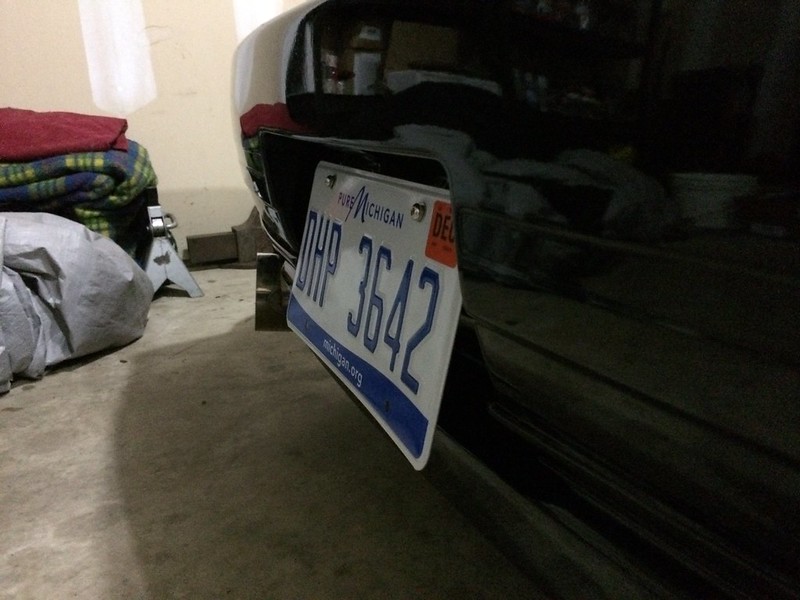 With everything in place I was out of excuses- it was time to get this thing in for an alignment. I wasn’t happy with the place that did the alignment last on this car, one of the reasons being the fact that they had to use 2×6 ramps to get the car onto their rack. Fortunately I found out that my friend Ken is a technician at a Toyota dealership in my area with an in-ground hunter alignment rack. I made an appointment for last Friday and committed to getting the car there that day. 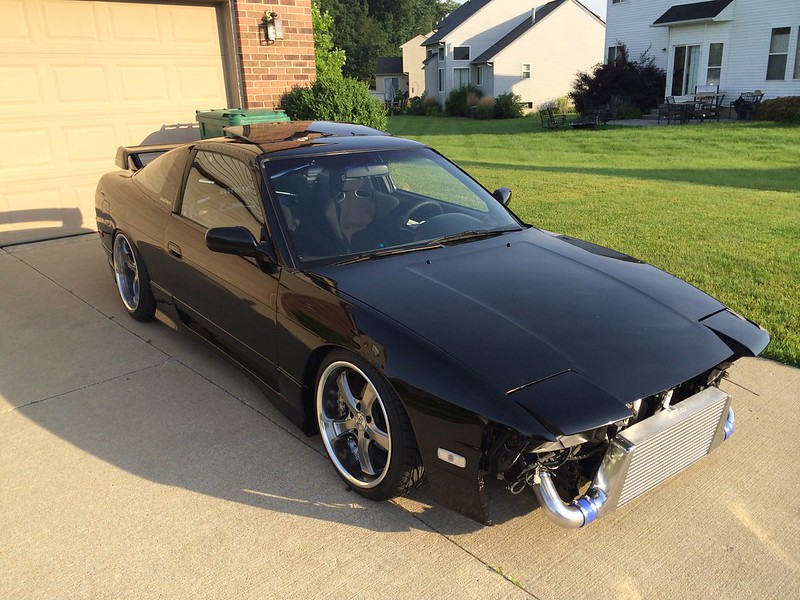 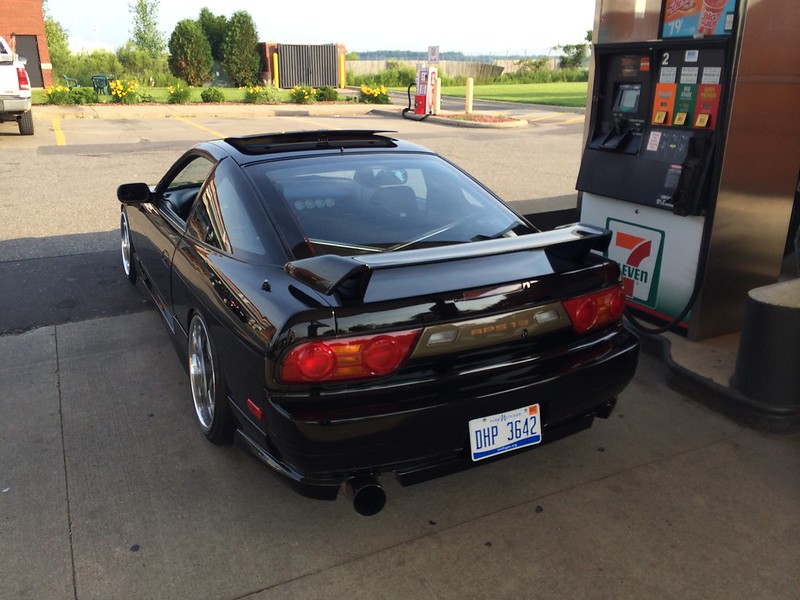 Friday morning came along and I pushed the car out into the driveway to avoid waking my daughters up. After the car warmed up I set out on the 35 mile trek to the office. I decided to take back roads to keep speeds a bit lower with the sketchy alignment (or lack thereof.) It felt awesome to drive the car through the twisty country roads between my home and the office. I was paranoid about the various noises the car makes and constantly worried about something going wrong, but I made it without any issues. 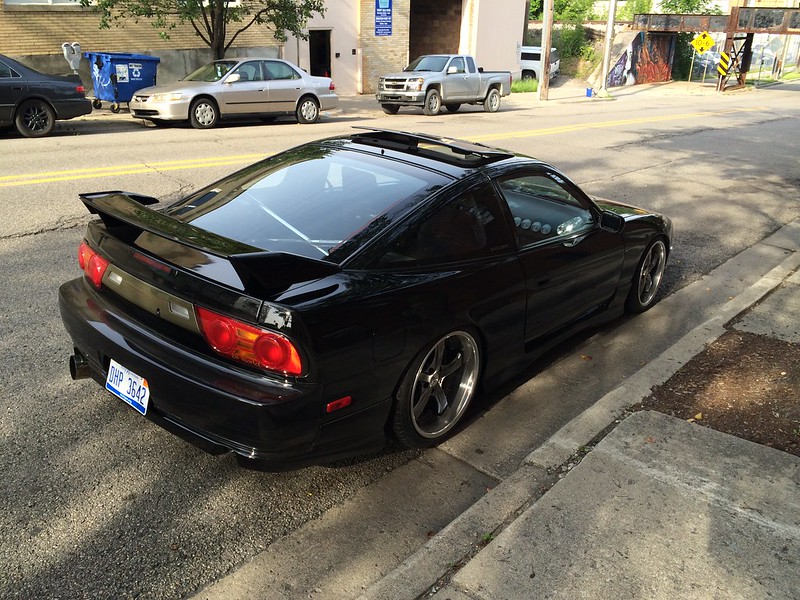 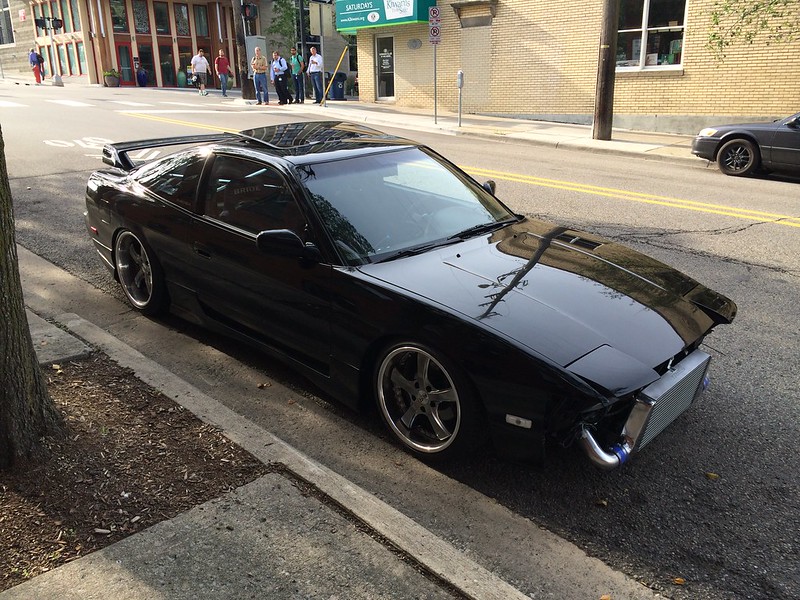 The drive from the office to the alignment shop went off without a hitch as well. It was really nice to have someone I trust align the car and the dealership was very friendly. I ended up with around -3 degrees of camber all around. I like to have a bit more in the front than the rear, but this the least amount of camber my rear pull would accommodate out back and I don’t want to go more aggressive up front. Overall I think it looks pretty solid. Everyone at the dealership was freaking out about the car which was kind of funny and felt cool after getting the car back after so long. 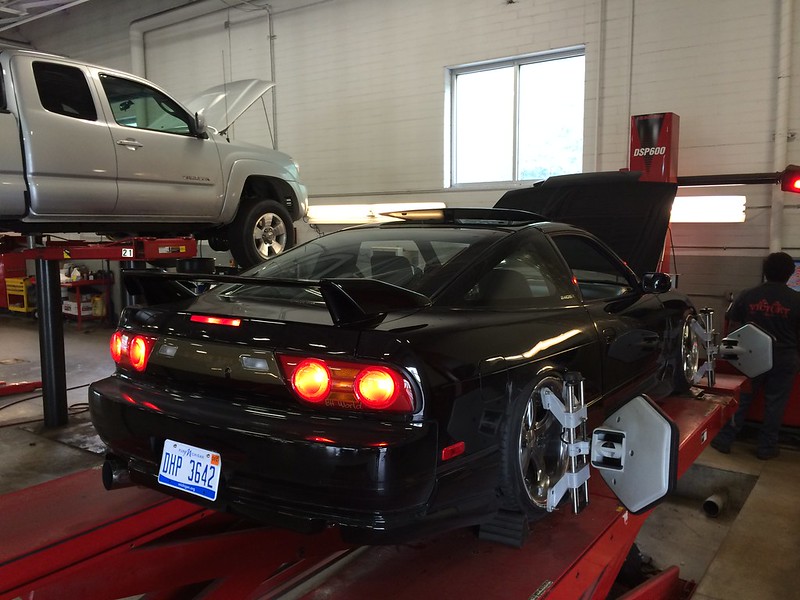 I took the freeway for the drive home and the car drove really nicely. I think I was in shock just about the whole time- it feels weird to be back in this car again! Very cool. The first 100 miles of driving since getting the car back went off without a hiccup. 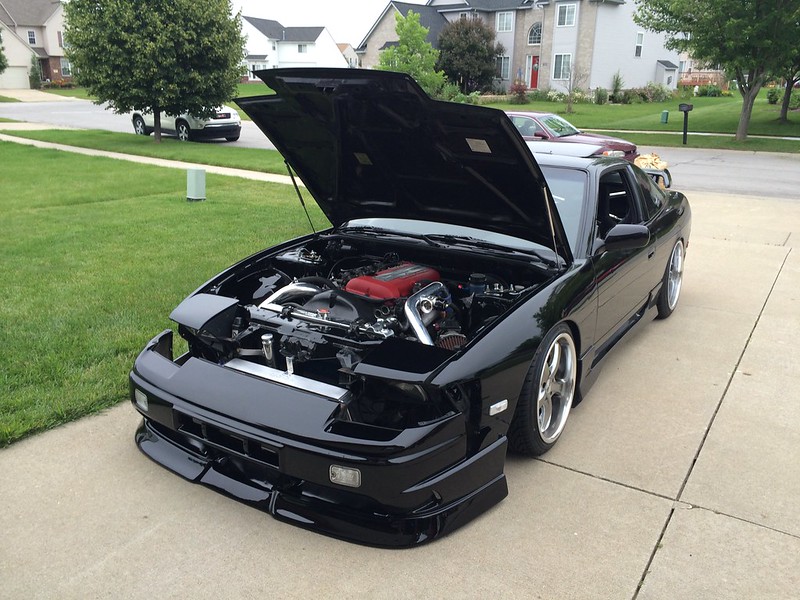 Now that the car was aligned, I was able to install my Hot Road front bumper and DMAX position lamps. Hopefully I am able to keep this bumper together for a while without smashing into anything. 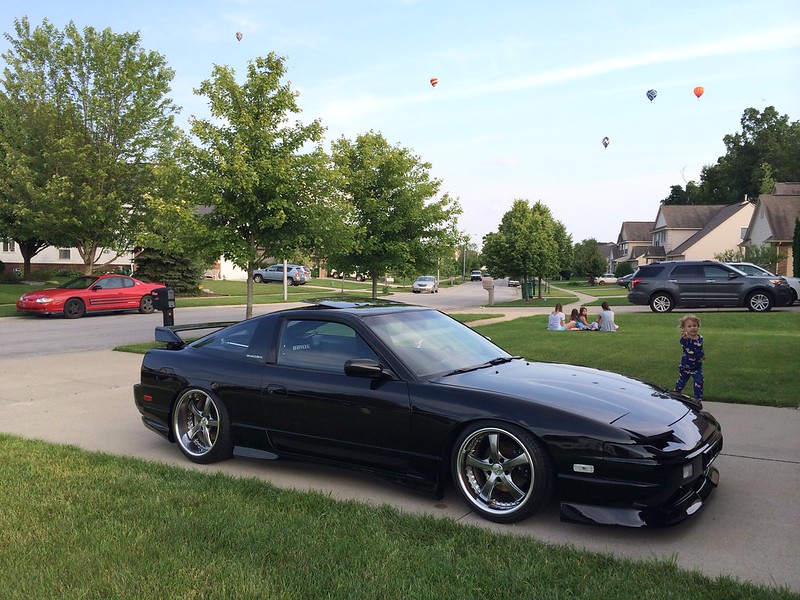 I’m glad that I am essentially done working on the car for a while. I still need to install my aftermarket oil pan, gauge sensors, and my Koguchi Power hood. The hood is scheduled to arrive today, so I took the stock hood off last night to prep for its arrival. 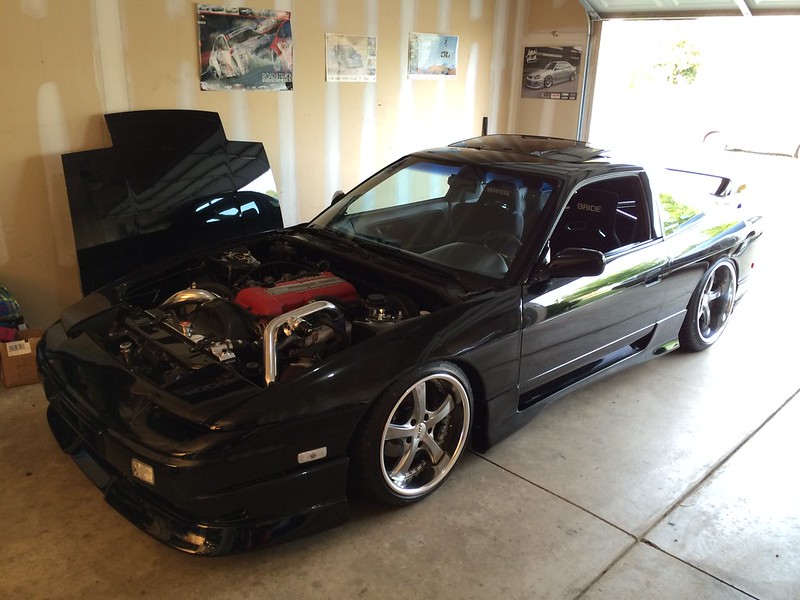 I’m hoping to drive to work a couple more times later this week and into next week on the days that I don’t need to pick the girls up from daycare after work. If that goes well, I am planning to drive the car down to Peoria, Illinois next Friday for Kyle’s wedding. That idea kind of freaks me out a bit, but it will be a great durability test before my wife and I drive the car to Wisconsin for Final Bout in September. Wish me luck!

6 Responses to Back In Action