Posted on April 4, 2016 by camryonbronze

Though it never feels like much when you sit back and jot it all down, I did manage to get a fair amount of work on the car done this weekend. We’ve had some really rough and inconsistent weather lately which made for a cold weekend to spend time in the garage, but I brought my heater out of its basement retirement and spent some time trying to make a little progress during our April snowstorm. 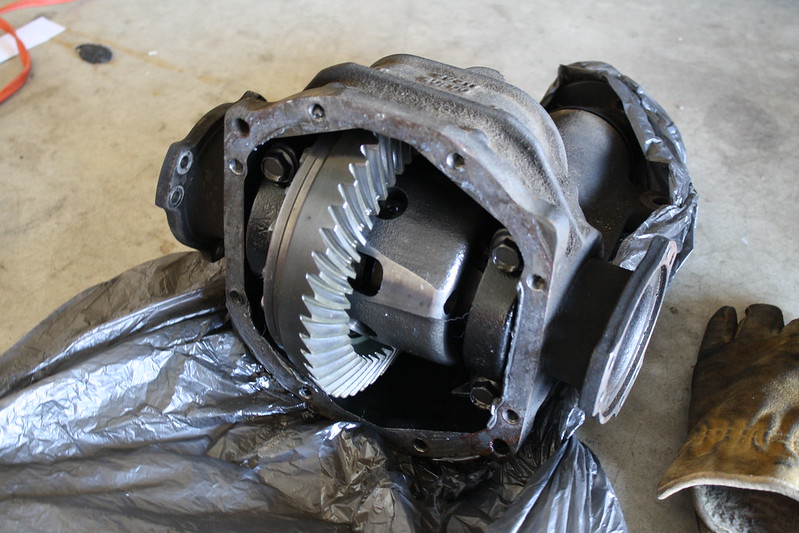 On Friday afternoon I left the office for a road trip of sorts. I began by picking up a NISMO two way differential and a clean dashboard from a local S13 owner. The diff looks to be in great shape and I plan to install it in the next couple days. The dashboard turned out to be a little less clean than the one I picked up last week, so I’ll post this one up for sale. None of the dashboards I came across were as clean as my factory one which made me a bit bummed that I cut it up, but oh well. I’m sure I’ll put it to use again in the future when I can afford a decent set of gauges again. 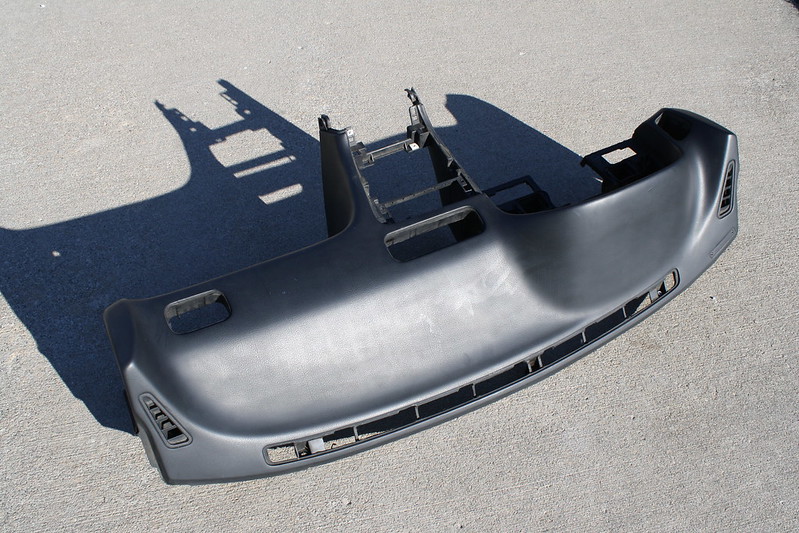 After picking up those items, I continued on to my friend Tim’s house to pick up the OEM metal fenders he had his body guy paint for me. They turned out really nice and I’m pumped to finally have a clean pair of front fenders that are free from major defects. We stood around in Tim’s shop for a while staring at his current S13 that’s totally stripped down for a complete color change as it was cold out and we couldn’t muster the motivation to get anything done. I had planned to install the Moog ball joints and Energy Suspension bushings in the pair of S14 front control arms I purchased, but the ball joint press I rented from AutoZone was severely bent. Thankfully Tim offered to take them to work with him this week and press everything in before shipping them back to me- a good friend indeed. After hanging out for a while I made the trek home and decided to get some sleep. 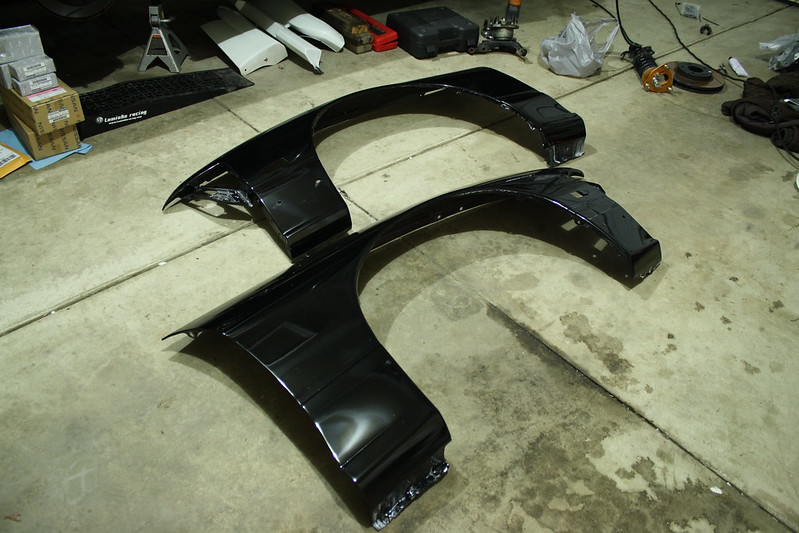 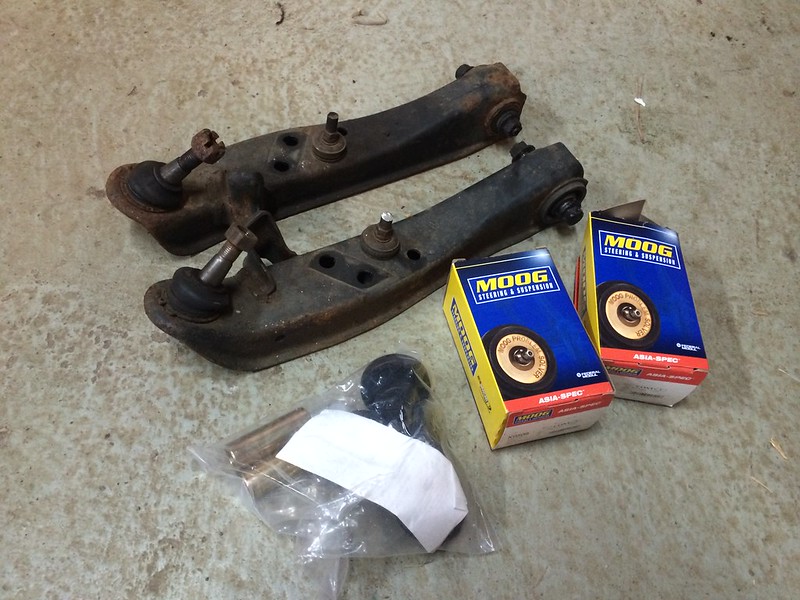 On Saturday night I unloaded everything into the garage and got to work. The first order of business was adding some fresh 3M rubberized undercoating to the front fender well areas to clean things up a bit prior to installing the fenders and liners. After spraying the undercoating I bolted up both fenders and put my Redline Tuning hood dampers back on. I love my Koguchi Power vented hood, but man is it nice to have a hood that fits correctly and stays up when I open it without needing a hood prop! You just cant beat the convenience of that setup. 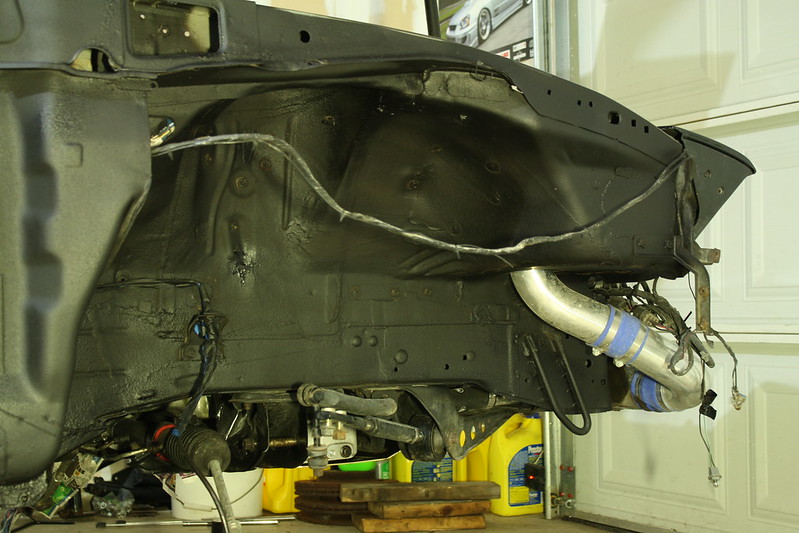 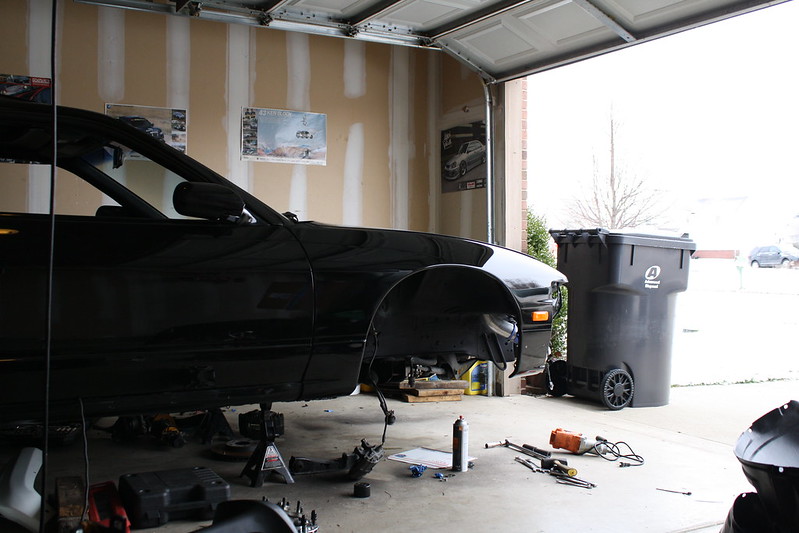 I’m really excited to have found a pair of new OEM fender liners again. Having these was a tremendous help to cleaning up the car’s exterior and keeping debris out of the engine bay and door jamb area when I had them on the car back in 2010. I’m looking forward to installing these once the front suspension is back together and I can check for clearance issues as I modify them to fit properly on a car that sits a little bit lower than factory specs. 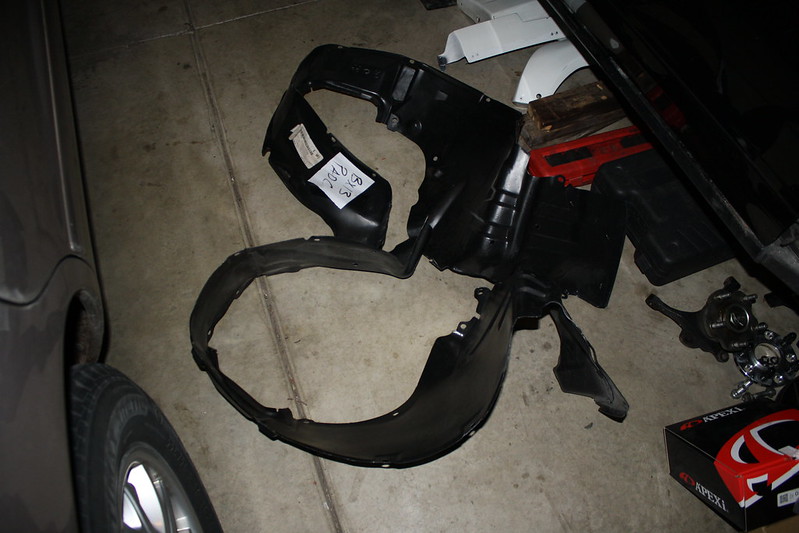 Once the fenders were installed, I wired up the front side markers. I’ve never had the proper wiring or bulb sockets for my side markers up front as I have been running DMAX clear versions over the years. The sockets were hard wired and basically glued into the lights with silicone, meaning I had to take everything apart each time I needed to remove them. I used some OEM plugs I sourced from the coupe I parted out last year and a set of USDM to JDM adapter harnesses I purchased on Zilvia to finally wire everything up properly. I also elected to go with the factory Nissan JDM side marker lights this time around, something I have never used on my car before. I’ll keep my DMAX clear units on the parts shelf should I decide to change up the look, but for now I’m liking the change a bit. Not to mention the minty fresh lights and clips are really nice. 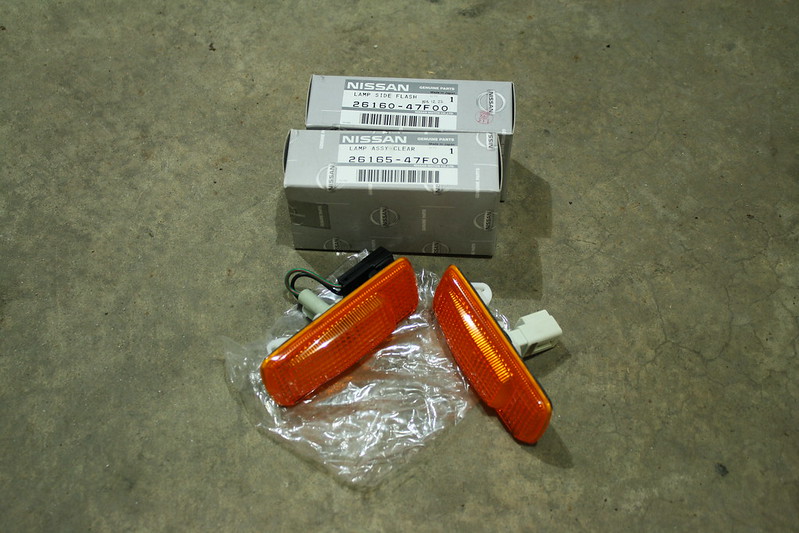 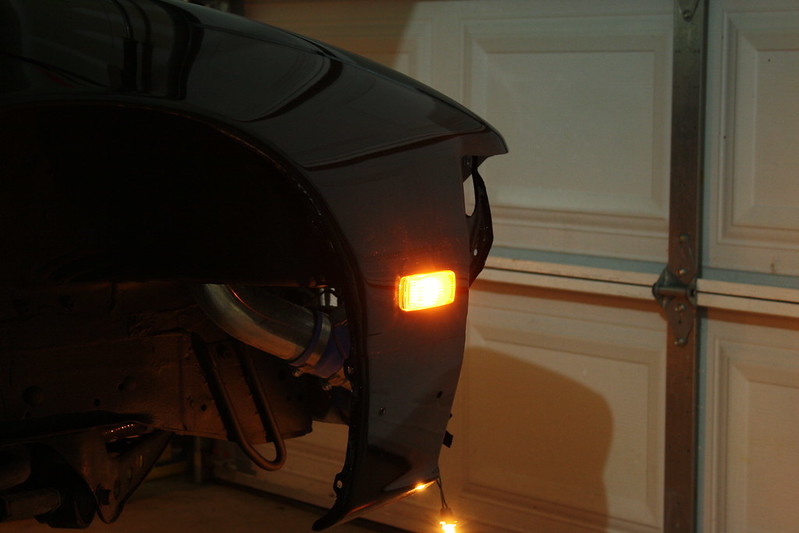 While on the subject of lighting, I also received my JDM OEM position lamps and turn signals over the weekend. I owned a set of these at one point but I ultimately decided not to use them. I’ve always liked the common Japanese circuit 180 look of running clear position lamps and side markers without the lower turn signals in place, and I still really like the look today. But in the spirit of going a bit more subtle and OEM this time I decided to give running all of the lights a try. Eventually I would like to pick up another pair of DMAX dual function position lamps (I sold my previous pair with my Hot Road aero) to have on hand should I want to change the look, but for now I’ll stick with the complete factory setup. With as much as I change my mind, it will be good to have options on hand. 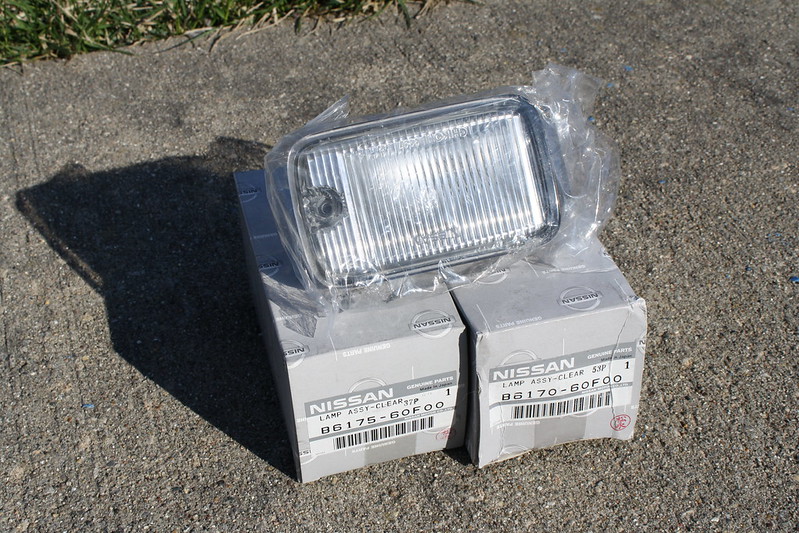 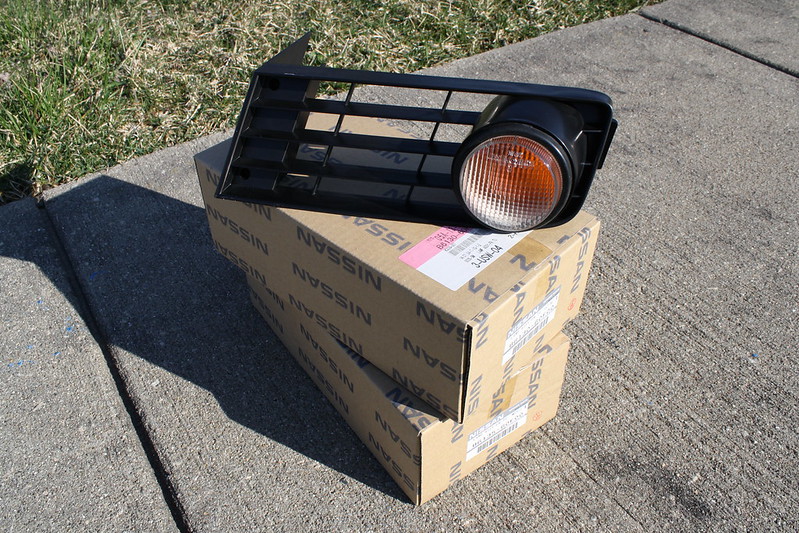 The USDM to JDM wiring adapter harnesses I picked up also work for the turn signals and position lamps. Unfortunately the USDM plug was cut off of my car years ago, but even if I direct wire these in they’ll be super nice to have. I’ve been trying to find a pair of USDM plugs to wire in from someone parting out a car but haven’t had any luck thus far. It sounds stupid, but finally having the correct bulbs, sockets, plugs, and mounting hardware for whichever lighting I decide to run is so nice to have and makes things much more convenient than they have been for me in the past. This front setup is the perfect compliment to the brand new kouki 180SX tail light and harness adapter set I installed on the car last year. 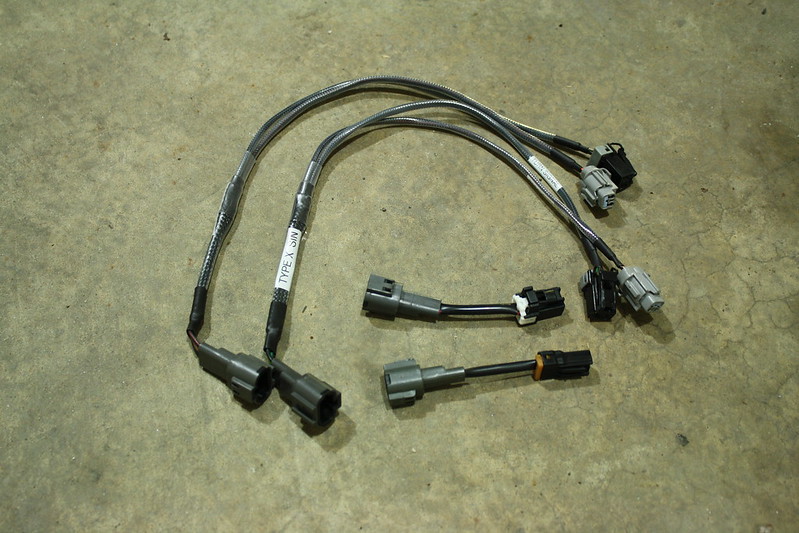 As for the aero itself, I sourced a complete kouki 180SX front bumper setup from Russell at NissanParts.cc. You can’t beat OEM fitment and quality- a very welcome sight indeed. 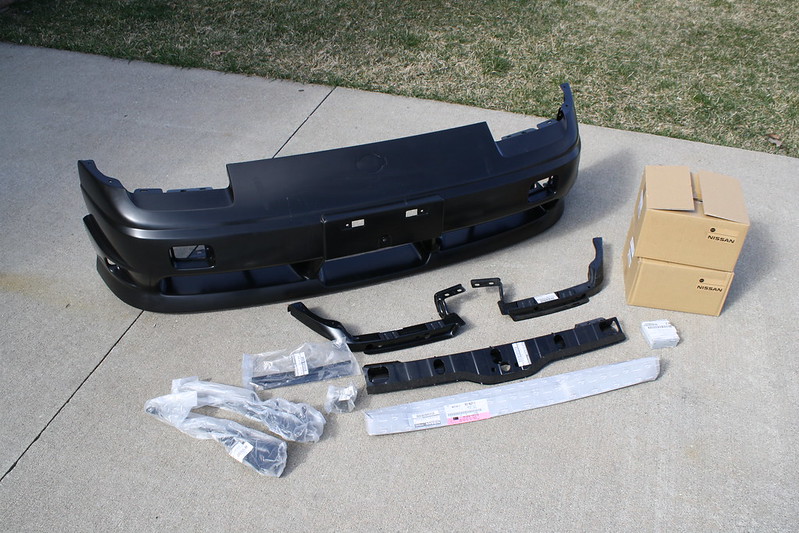 As I mentioned, I also scored a brand new OEM pair of R33 GTR N1 vents that arrived late last week. I’ve been toying with the idea of using these for years but have never pulled the trigger. The same goes for the common license plate cutout. I suppose now that I finally have a pair of these I should put them to good use. These are much nicer than the FRP copies I bought a year ago and ultimately never used as I ended up going Hot Road. Mounting hardware is also a huge plus. 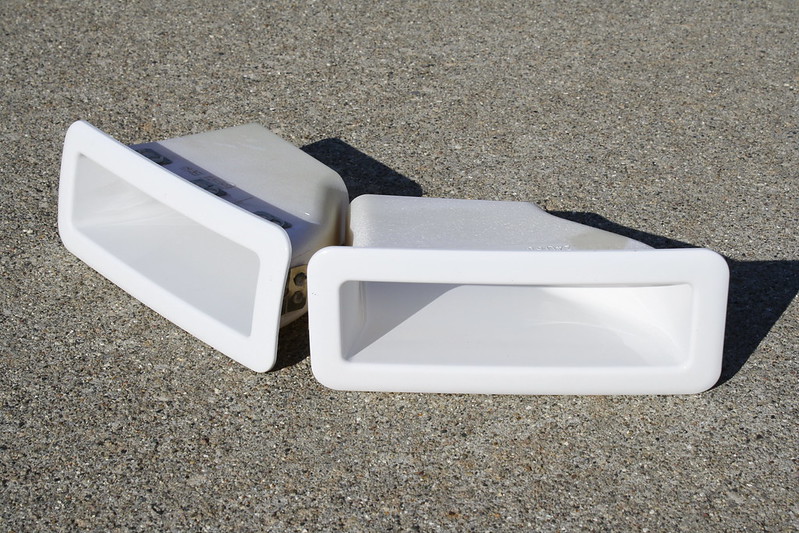 My genuine OEM rear valences arrived about a week ago as well. They’re not perfect, but I am glad I was able to find a set. I’ll likely try to get these and the front bumper/N1 ducts dropped off for paint this week if I can. My side skirts and front lip are still on the way from Thailand but should hopefully be here by the end of the week so that I can take those to the body shop as well. I’m just hoping everything arrives and gets painted in time for the Club FR Drift Day later this month. 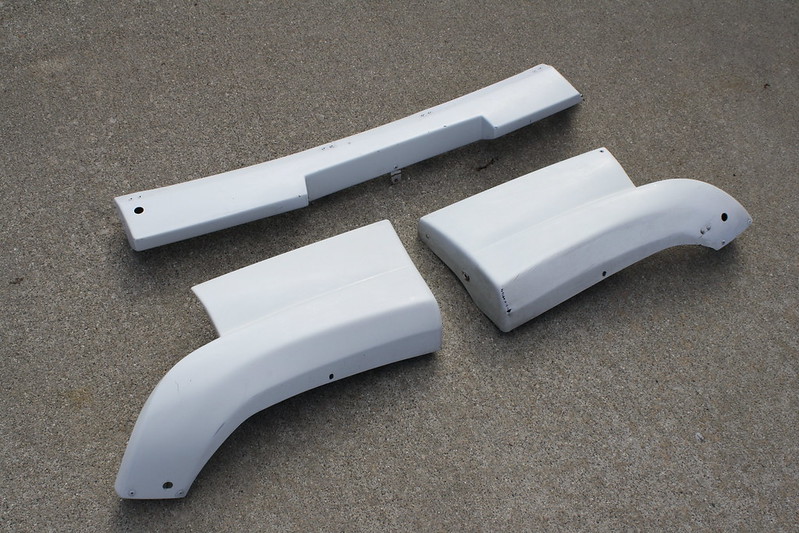 After working on the front fenders and lighting for a while, I turned my attention to the interior. I spent about an hour removing my cut dashboard and swapping in the replacement unit I picked up. It’s kind of refreshing to see the more toned-down factory interior in the car. I’d like to replace my cut up carpeting for a fresh unit and maybe even add some all black floor mats, but that will come in due time. My 180SX front and rear seats will be here this weekend when Joe and Matt come to visit, so I’ll be able to get the interior back together then. Joe is also bringing me a 180SX headliner that I will need to install. With any luck my brother will come visit from Chicago this month so that I can borrow his Bride Zeta III, but if not we may need to pick it up on the way to USAIR- or just use the factory 180SX seat, which may be a bit frustrating for trying to learn how to drift. 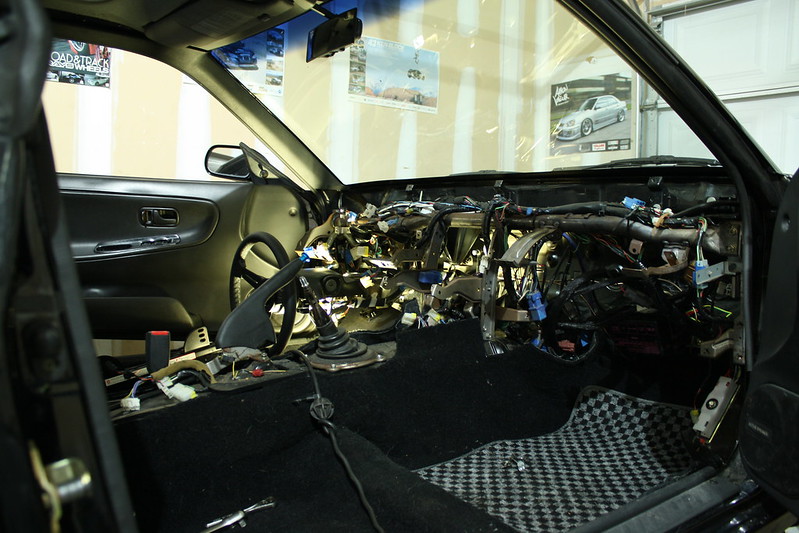 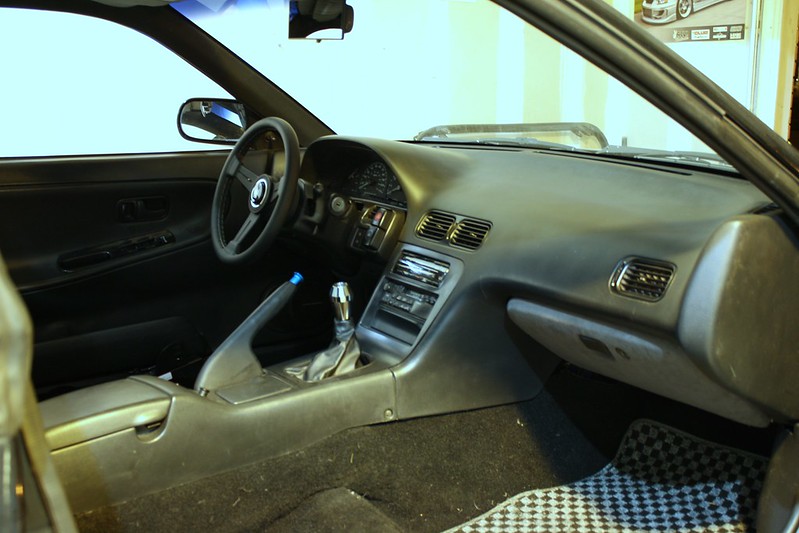 Here’s a better photo of my Trust DD exhaust. I’ll be able to put this on the car once the NISMO differential is in place. My catalytic converter will finally be here later this week so I’ll bolt that on at the same time. I had picked up this Apexi exhaust control valve to help keep the car quiet when I leave for the office at 6:30 AM, but recently found out I’ll actually be moving my office to a new location that’s very close to my home. This means I won’t be leaving the house as early and probably won’t need it very often, so I’ll likely just sell it to recoup some funds. 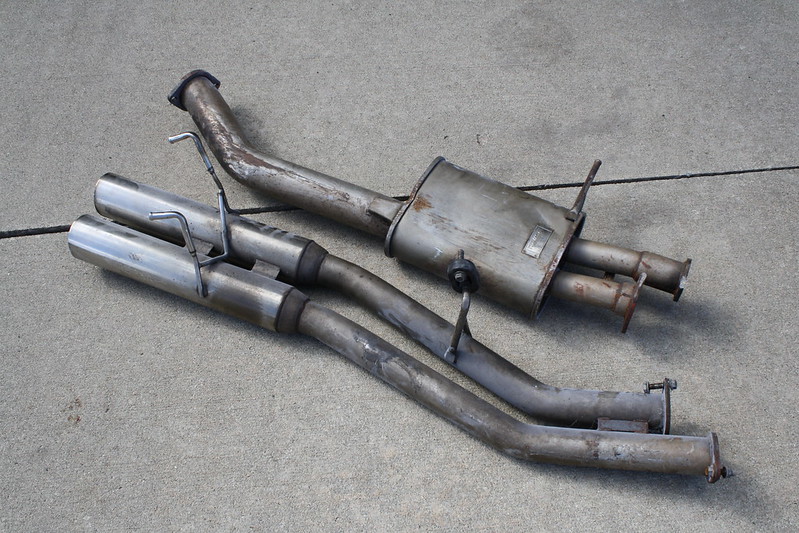 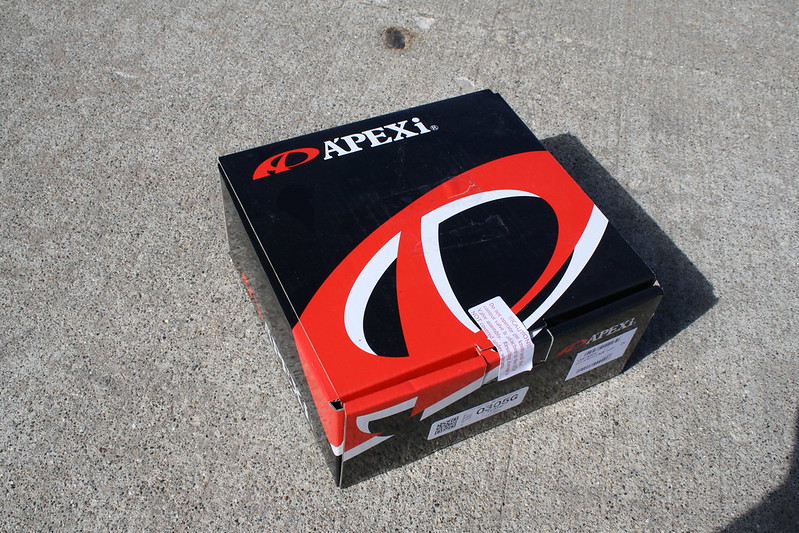 All said and done, here’s how the car sits as of last night: 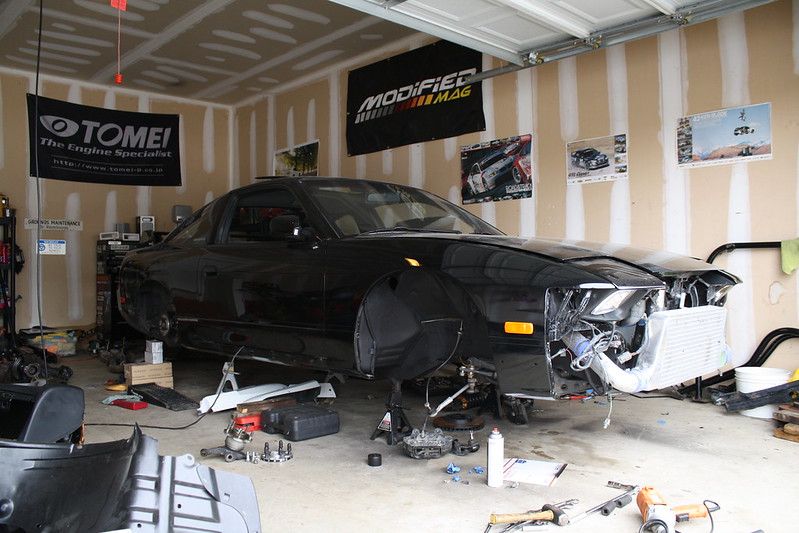 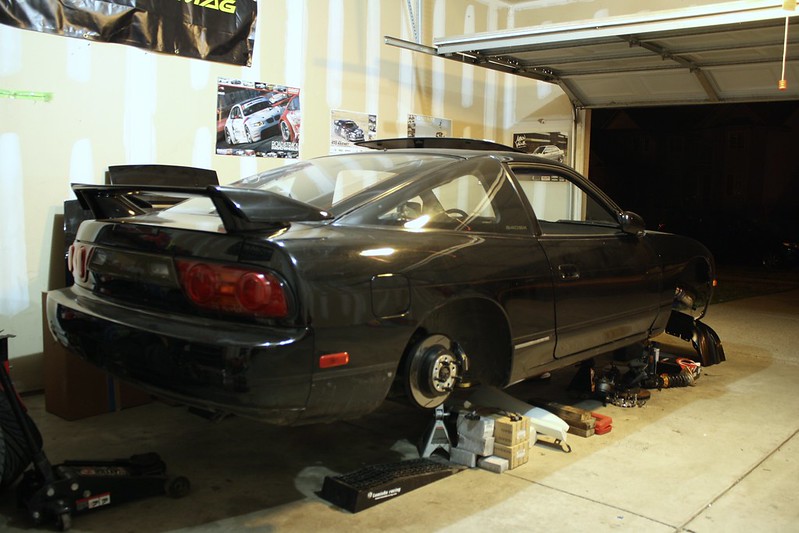 As of today I have 19 days to get the car put back together and road worthy prior to Jimmy’s arrival for our trip to the Club FR Drift Day in Wisconsin. It’s going to take some time and a couple of things falling into place, but I am confident I can make it across the finish line. Cross your fingers for me! I’ll try to post more updates through the week.