Posted on April 5, 2016 by camryonbronze

I’ve been getting in the habit of spending about an hour in the garage each night over the last few days. It’s difficult to find the time to get my car together while working full time, taking care of the kids, and spending time with my wife but fortunately I have a very understanding and supportive family that allows me to spend a bit of time doing what I enjoy each week. 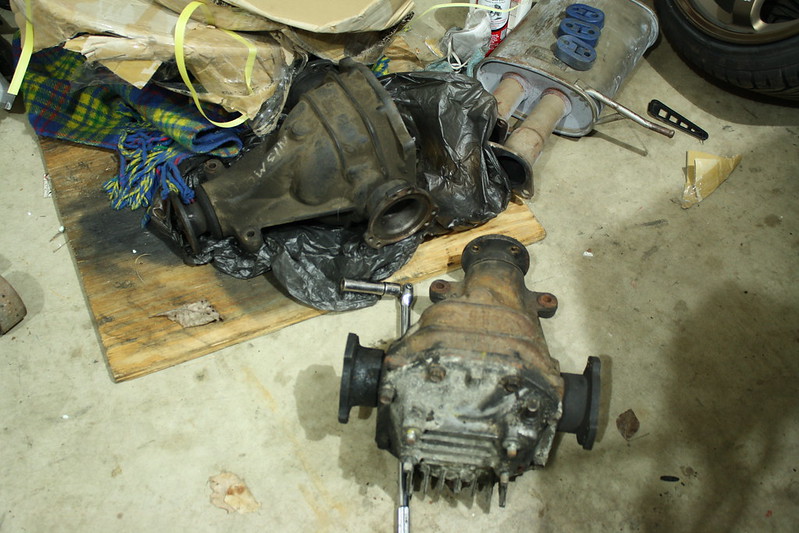 I managed to pull the VLSD out of the car last night and started swapping the diff cover onto the NISMO two way only to hit a couple of snags. The bolts holding the cover on my old diff may have been installed by a gorilla, so I need to take an impact to those tonight before my kids go to bed (note: a two year old sleeping above the garage can cause issues.) I also noticed that my passenger side inner CV boot on the half shaft tore itself to shreds once again. I had just replaced it with a used axle before Final Bout last September and haven’t driven it much at all since then, so that was a disappointing discovery. I might try to raise the rear of the car a smidge to see if that helps, but I definitely need to find a solution to this issue. I’ve torn CV boots in the past, but they usually seem to last a bit longer than this. I scooped up another axle on eBay so I’ll have to toss that on when it arrives. 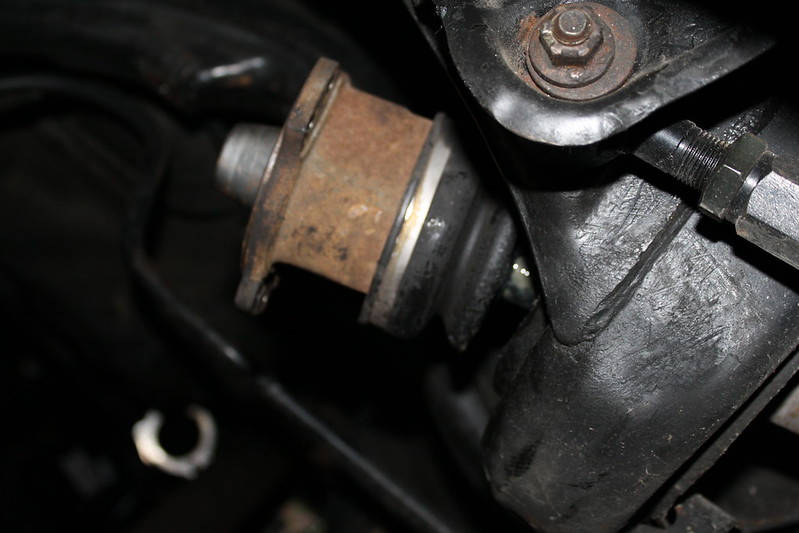 I also found that one of my lug studs on the rear of the car seems to have some play to it. Upon discovering this and that one of my front wheel bearings is making some noise, I’ll probably need to replace my hubs at some point. I think both issues should hopefully be OK for now, but I need to start looking into solving these problems sooner rather than later. 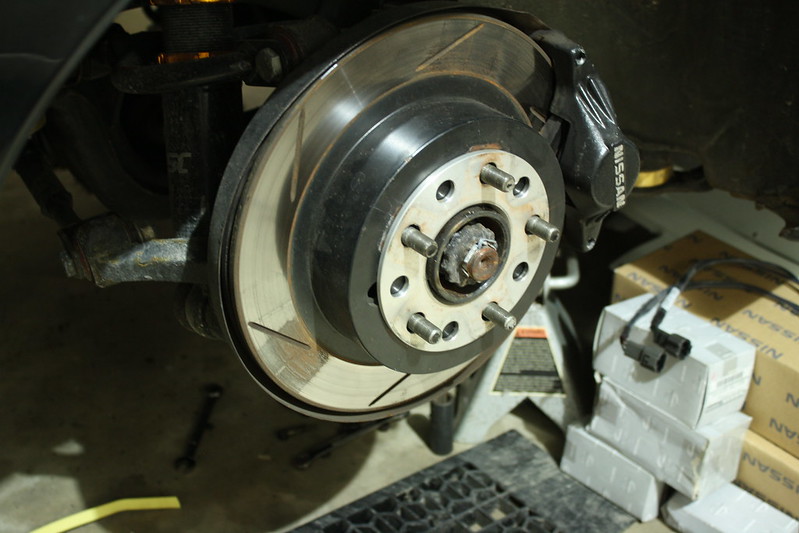 My friend Tim went to install my ball joints and suspension arm bushings into my S14 front control arms last night and found that the Energy Suspension bushing design is less than desirable. After some research we found that the Whiteline bushings are a much better design that looks closer to that of the OEM bushing. I ordered a pair of those and sent them to Tim’s house, so hopefully he will have those by the end of the week. 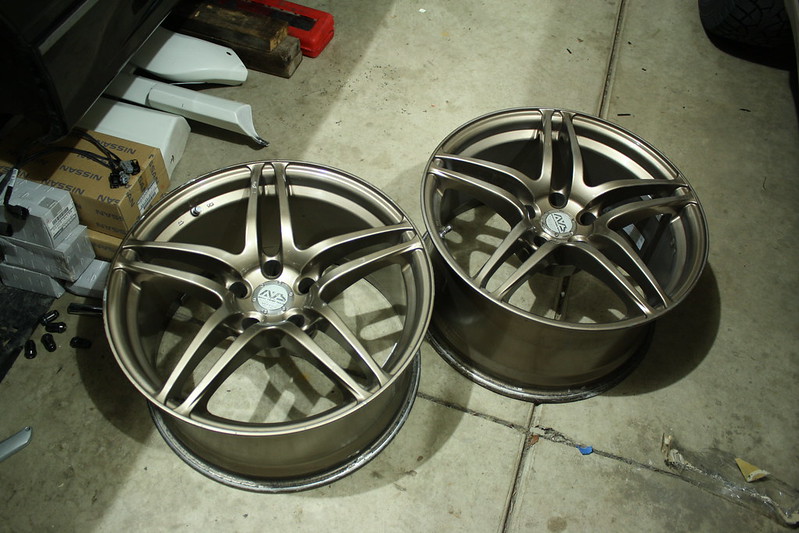 As for what was probably the only thing that actually went right for my car yesterday, I received a pair of AVS Model V from Jesse Streeter to use for the Club FR event. The specs are 18×9 +20. I’ve always wanted to see what some Model Vs would look like on my car so I am pumped. The tires should be here today and then hopefully I can get those mounted up.

Eighteen days left to get this car done. It sounds kind of scary when I put it that way. Hopefully it will all come together!