Posted on August 3, 2017 by camryonbronze

For some reason I am full of ramblings and deep thoughts about cars this week, as well as motivation to document them. Whatever the cause, maybe it will help you kill some time at work, haha.

When you really want something, you tend to idealize it in your head. You imagine having it and at the time it feels like nothing could be cooler than to realize that vision. This is true of most things in life, but it is especially true of modifying cars. I’ve been shown this lesson more times than I can count in the last decade, but it’s one that I always have trouble grasping. Sometimes its the thrill of the chase we enjoy (I know this is the case for me when it comes to building a car.) Other times its the realization that something isn’t what you thought it was once you obtain it.

I think it’s important to set realistic expectations for any young folks out there trying to build a car. It’s easy for kids to look at my 240SX on Instagram and think that it’s perfect. We all want to project success and the best image of ourselves to the world via social media, and rightfully so. This often results in our lives looking perfect when they are anything but.

With that being said, I thought it would be comical to make a list of all of the things that don’t work on my S13. I was pondering this yesterday while driving in the S13 to an off-site meeting for work. Maybe making this information public will help people to set realistic goals and expectations for their own builds. 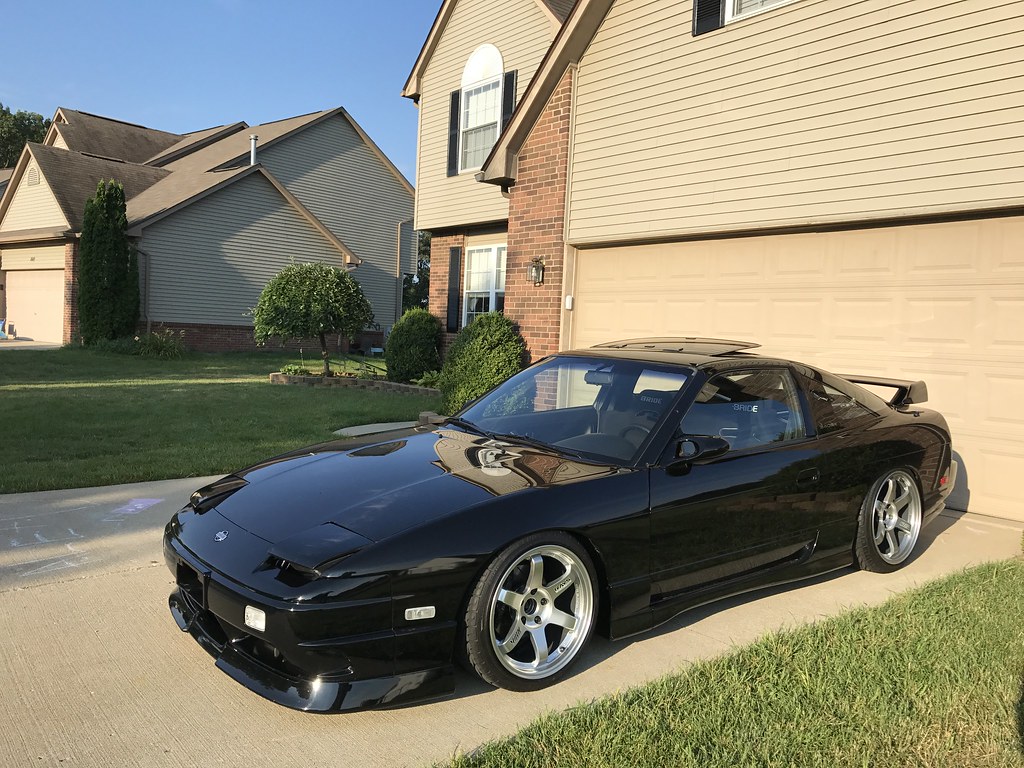 Things that don’t work in my Nissan 240SX:

Air Conditioning: Boy, this sure would be a nice one to have wouldn’t it? Thankfully temps don’t get too unbearable here in the midwest, but it can be pretty miserable on long trips. I once sourced most of the items to install AC, but found that most of the wiring had been cut out prior to me owning the car. I ultimately gave up and decided to tough it out.

Heat: I thought it would be a good idea to remove the heater core, blower motor, and all associated ducting when I shaved my engine bay in 2012 in order to fit the fuse boxes under the dashboard. My blower motor didn’t work at the time anyway, so it wasn’t a huge loss. Thankfully the downpipe keeps me fairly warm on drives during cooler weather.

180SX Digital Climate Control: Oh, that? It’s just a faceplate. No wiring of any kind- it doesn’t even light up at night- though I wish it did!

Defrost (Front and Rear): Probably pretty obvious knowing the above things have been removed. This makes driving in the rain or parking the car outside in cold weather a real treat. Better keep a microfiber cloth in the glove box for extended rainy driving! I’ve also had to scrape the inside of the windshield with a credit card to remove frost before when driving in the fall.

Cruise Control: This one I would LOVE to have working. My heel used to hurt for days after long road trips in this car. Thankfully since my discovery of Crocs, I no longer have that issue. Best shoes ever for long road trips in a ratty old S13! They’re also very stylish- just ask my wife.

Intermittent Wipers: Everyone knows how gross and ashy the turn signal and wiper stalks become in S13s. I was lucky enough to find a clean pair on Zilvia many years ago, but found that the first setting that allows you to adjust the intermittent function of the wipers doesn’t work- only the medium and fast speeds do. This means that I need to shut the wipers off at the perfect time while in the down position to avoid them stopping in the middle of a swipe across the windshield. I have gotten pretty good at this over the years, haha.

Front and Rear Window Sprayers: Yeah, those are long gone. These were already partially removed when I bought the car.

Pop-Up Headlights: This one is a bit of a technicality, but you’ll catch me with the hood pop winding my headlights up manually by the motor mechanisms after dusk. My headlight motors actually work, but I have unplugged them to maintain the perfect sleepy eye look. I learned this from my friend Tony and actually prefer it to a Pivot controller as it is more precise and saves the life of the motors. It also allows you to turn the headlights on while in the sleepy position which is really neat.

Radio: My 240SX is still equipped with the factory Nissan tape deck and speakers, most of which are blown by this point. I used to use it with a tape to AUX input adapter and quite enjoyed having something to listen to (even with the terrible sound quality and low volume) but the tape deck decided to start ejecting every five seconds, rendering it just about worthless. The antenna is unplugged because it looks ugly in the up position and doesn’t really pick up any radio stations anyway. I’ve come close to installing some aftermarket stereo stuff over the years, but I love the simple look of the factory tape deck. At this point I’ve grown accustomed to driving the car with nothing more than the hum of the SR20.

Window Seals: All of the rubber seals on the car are aging and failing, meaning that water sometimes leaks into the car when it rains in various places. Nothing too alarming, but enough to be noticeable. I don’t usually let this stop me from driving the car in the rain though. My wife and I did have an incident where the carpeting was soaked during our drive back from Final Bout II due to holes in the floor from my old roll cage that I had forgotten about, but those have since been sealed up and the carpet has been replaced.

Horn: The horn was removed when I bought the car and I have never bothered to install one. The exhaust functions as a horn when the light has turned green and the car in front of you doesn’t seem to want to go.

Power Mirrors: I believe these have been broken since I bought the car as well. I’ve run a few different types of aero mirrors over the years and never bother to wire them up. Not to mention the fact that I can’t see much of anything out of my Ganador mirrors. The side view mirrors as a whole are more or less worthless.

Map Lights: I removed the overhead map lights when I converted to a 180SX headliner, as it did not have a cutout for it. I could have easily added one, but I like the cleaner look. My door striker has a habit of not closing the door completely, which used to cause my dome light to stay on at random times, killing the small battery. I leave the dome light turned off for this reason, so it’s always dark getting in the car at night. 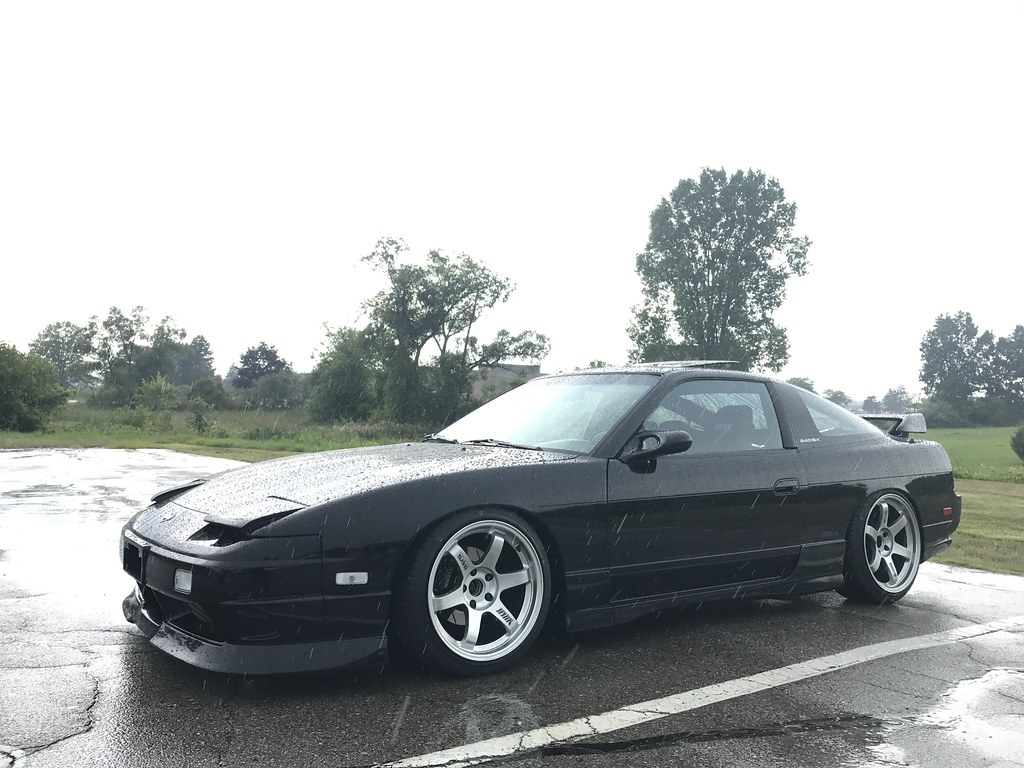 I think it would have been easier to make a list of everything that does work! haha. This list doesn’t include things like stinky exhaust fumes, creaks and odd noises, ride quality, or the various nicks, dents, and dings throughout the car. These things used to bother me, but to be completely honest, since getting the car back I don’t think a single one has truly caused me any stress. While it sucks that some of these issues have popped up in one form or another, I am so grateful that I have this car sitting in the garage. Driving this car never fails to put a smile on my face, even despite all of its shortcomings.

The thought for today: Keep your expectations realistic. Nothing is ever as perfect as it seems from the outside. Appreciate what you have and try your best not to take it for granted. While it may not be perfect, it’s probably better than the alternative- not having it at all.