I had my car sitting out in the street one night last week and it reminded me of a photo I took around the same time last summer, so I thought it might be fun to try to replicate it and compare the two. The car is more or less the same as it was last summer with a few minor changes. 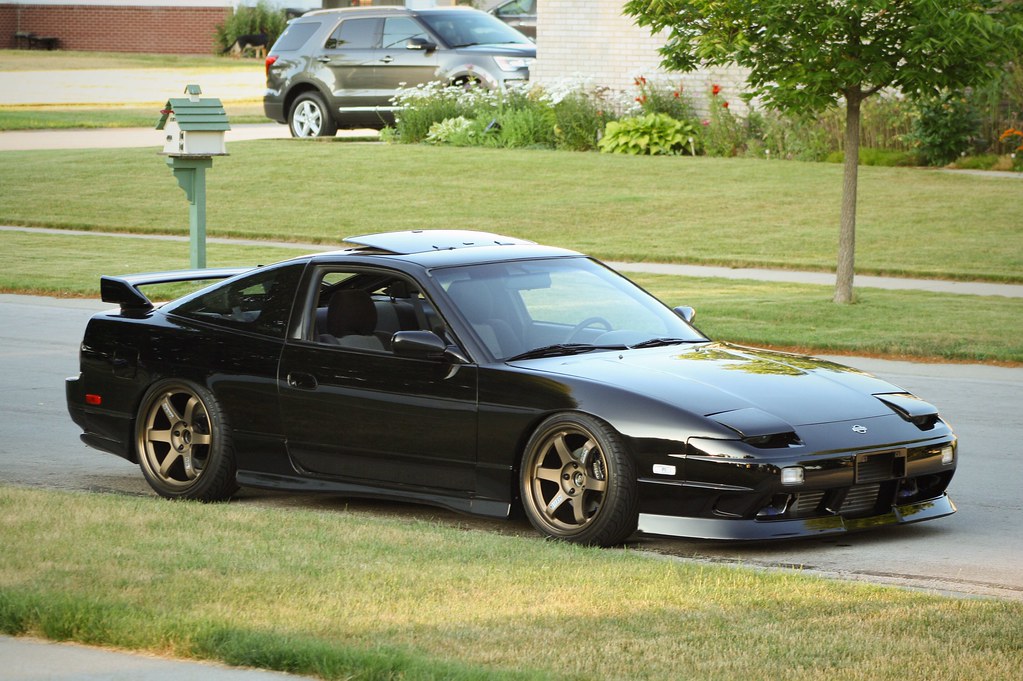 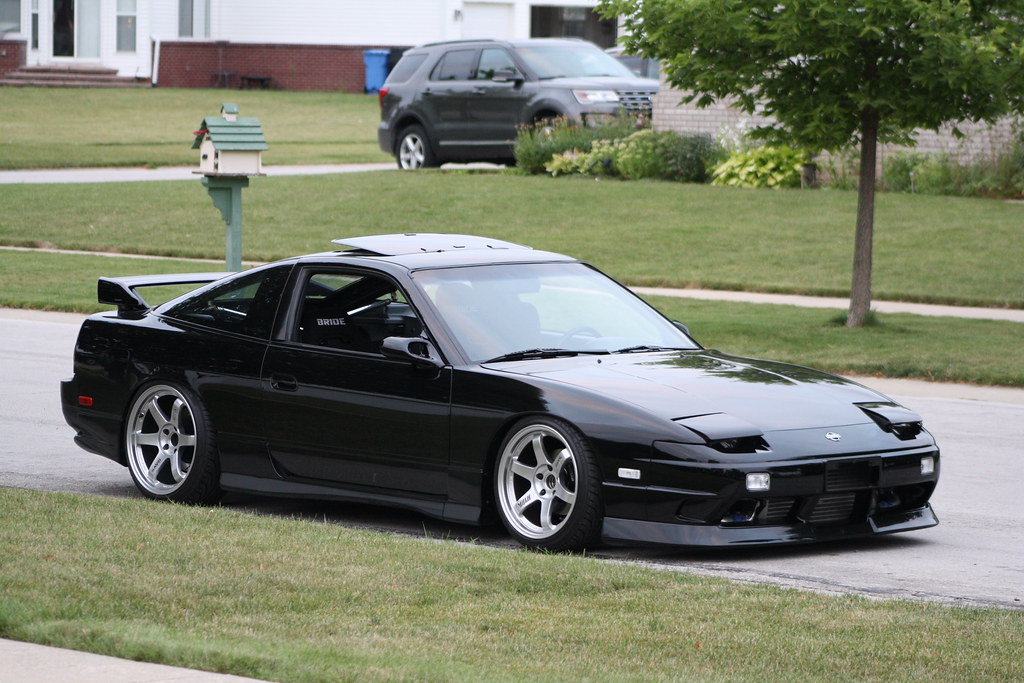 The bronze TE37s have been replaced with my old mercury silver set that I originally imported back in 2011. I am no longer running the GK Tech front roll center adjusters as a result, so the front camber is slightly less aggressive. The only other exterior change is swapping the stock mirrors out for yet another pair of Ganadors, which I really like with the silver TEs.

As for the interior, the OEM kouki 180SX front and rear seats have been swapped out for a Bride Maxis/Brix combo, along with another NeXt Miracle Cross Bar in place of the rear seat. Technically my pair of red Bride Brix are what was replaced, but I had those a bit later in the season last summer after the 2016 photo was taken. Though I have still taken my two older daughters around the block in the front passenger seat, I do think they miss being able to ride in their car seats in the back. I might explore installing the seat belts on conjunction with the miracle bar this winter to see if I can make it work. The only other interior changes not visible here are the return of Defi Link Meter II gauges mounted in the dash board and some new black carpeting. The engine and other aspects of the car have remained untouched in the last year.

I am kind of a dork when it comes to comparisons like this, but I always think its fun to change things up from time to time and look back on past iterations of the car. The way it sits now feels like a pretty good grouping of all of my favorite stages of the car, save for maybe one or two cool things I wouldn’t mind owning again someday. It feels like a great balance, perhaps the most timeless combination of past iterations in my humble opinion. Which version did you prefer?