If you’re one of the few that has managed to follow the story of my S13 from the beginning in 2008, it’s probably pretty obvious that things have slowed down a bit in my garage over the past couple years. When I first bought the car, I was finishing my last semester in college, eventually starting my career a couple months later. Despite what I may have thought back then, I had the time and disposable income to dive into a very involved and in-depth build. The car was essentially a blank canvas that required a massive amount of improvement so there was plenty to do.

Fast forward nine years and things look a bit different. I’m married with three beautiful daughters and a mortgage payment. We decided it would be best for my wife to stay home after our third was born, so I am now the sole source of income for the household. Time and money are no longer things I have an abundance of, but fortunately my passion for the car has not faded. Not to mention the fact that I feel like I can finally say that I have the car more or less where I want it. Swapping out different parts numerous times during the years has allowed me to assemble what I feel is a great culmination of the different stages of the car. There are always things that would be nice to have, but additional major modifications aren’t really a part of the plan at this stage in life. 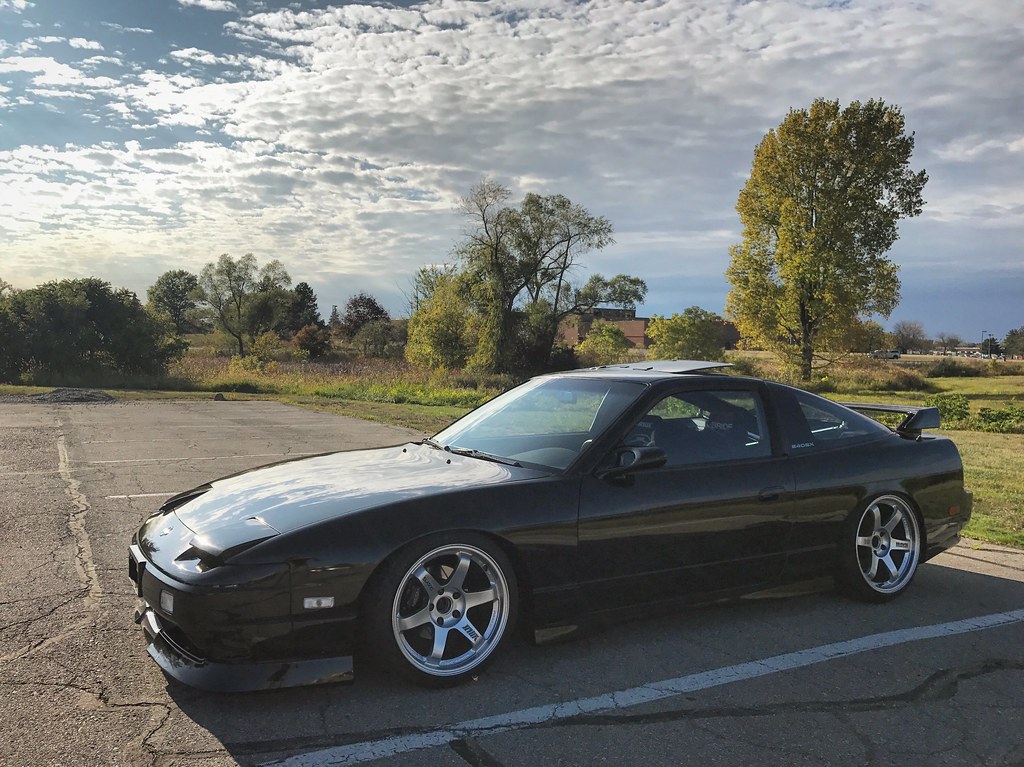 So, what to do? While pondering this and washing the car one night a couple weeks back, I discovered that the headliner near the windshield on the passenger side was wet. I knew there were a few spots of rust on the roof and A pillars that have been there since I bought the car, but I did not realize how bad the rust along the windshield has gotten. Upon further inspection, I could see that the rust along the reveal molding is likely causing the leak. 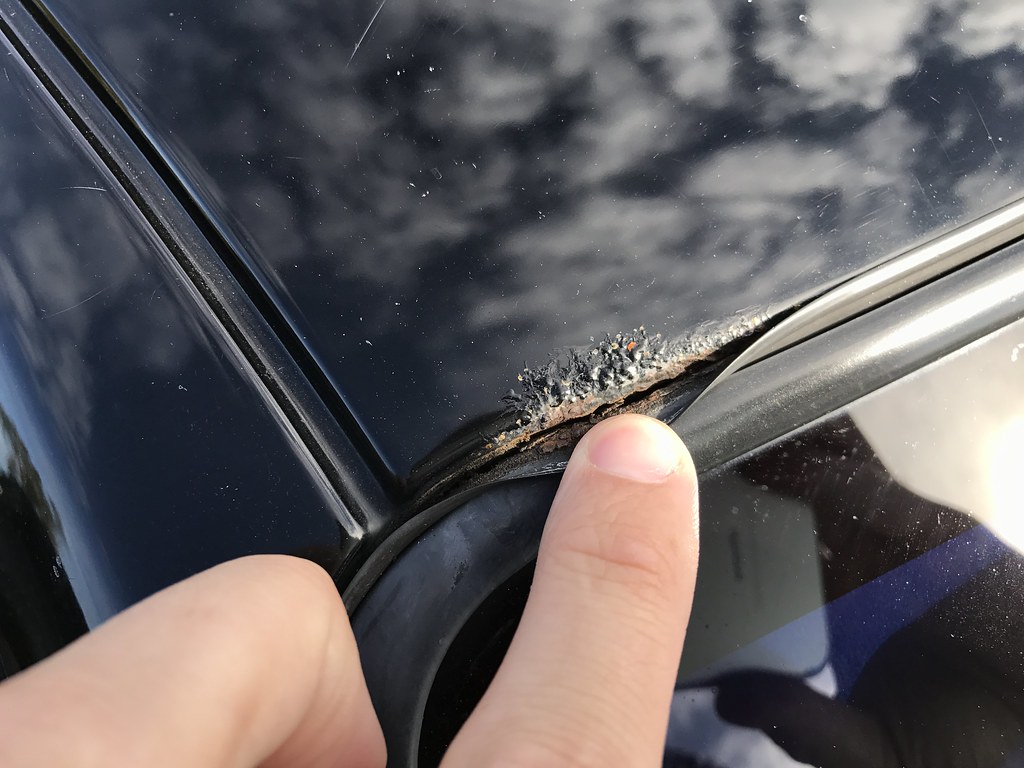 I’ve got to admit, this discovery got me pretty bummed out. At this stage, virtually every pane of glass on the car leaks in some way, but this one felt a bit more serious. It would need to be addressed soon to avoid my 180SX headliner being destroyed from the water. One thing I love about this car is the fact that I can always drive it, rain or shine. Driving in the rain can be a little bit of a hassle at times without heat or AC in the car, but I always manage to enjoy it- even despite the leaky windows.

The weekend rolled around and I payed my longtime friend Tim a visit to help him work on assembling his recently painted S13 chassis. He had purchased all new seals and moldings, removing the glass to properly spray the entire car. I began to research which OEM Nissan items are still available and was pleased to find that there’s more out there than I had expected. 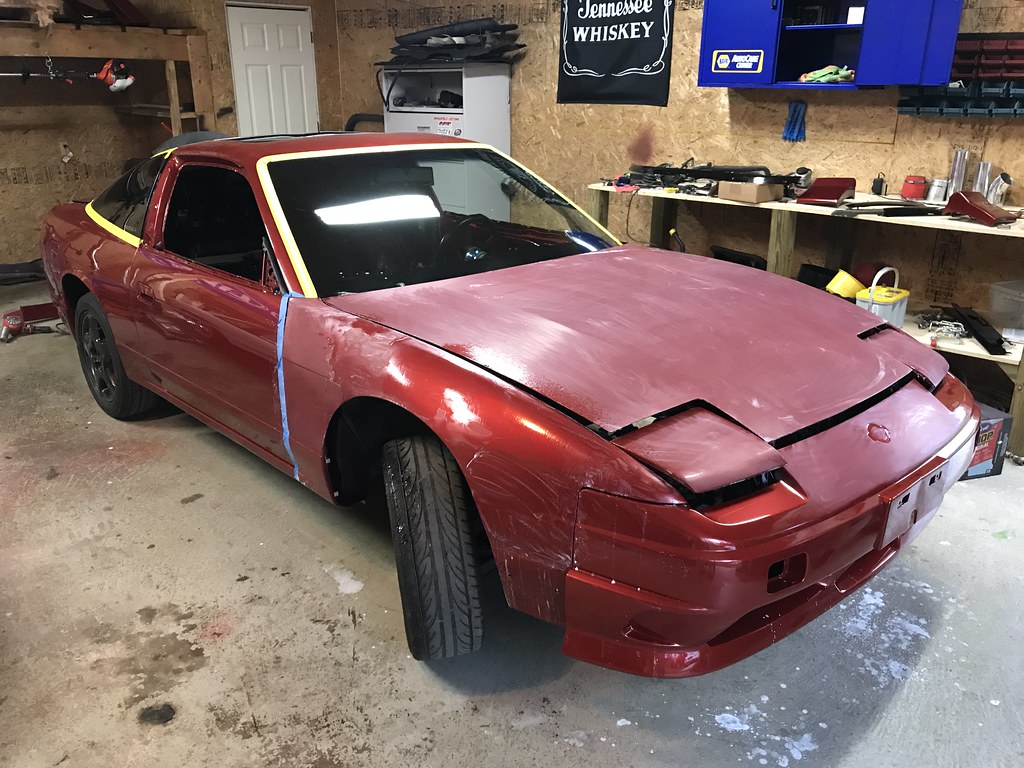 All of this further fueled a shift in my mindset that has been brewing in the past few weeks- a shift from modification to restoration. The new found feeling of contentment this summer with the way the car looks has allowed me to see that it is time to focus on the details- the little things about my car that have been nagging at me for the last several years that I often ignore or brush aside in favor of more exciting projects.

My first instinct when hanging out with Tim and his painter (who was there cutting and buffing his freshly painted car) was to sell parts off of my car in order to fund a full paint job. Surely if I let go of some of the “bonus” parts like the seats, cross bar, and mirrors I could afford to have the car completely worked over and repainted. While that would accomplish something I have wanted to do since I bought the car, it would also destroy the feeling of contentment I have finally managed to obtain. I’d essentially be taking two steps back with a freshly painted car. 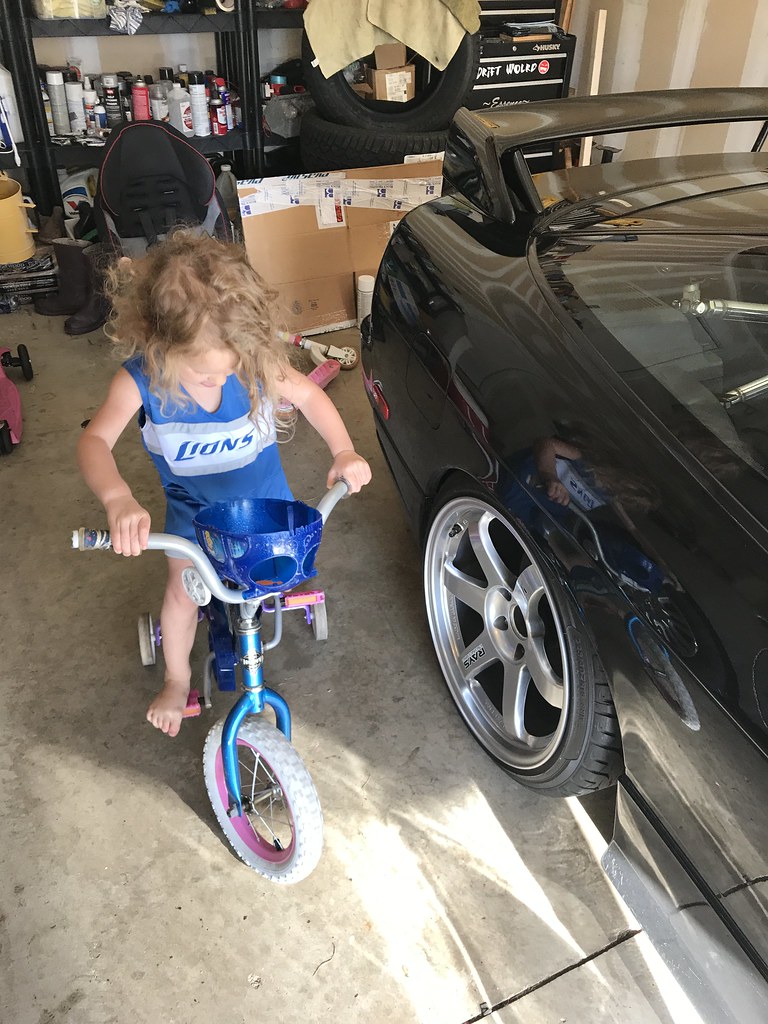 The other issue is my current life situation. Stroll past my garage on any given night of the week, and you’re likely to see my car getting hit with a Tinkerbell umbrella, grazed by a pair of training wheels, or covered in greasy hand prints. While I like to believe I could further train my kids to respect the car, kids are just that- kids. I try not to be too high strung about it, but these things happening to a car I just had completely worked over would surely turn any brown hair I have left to gray. Having this car fully painted is something I have wanted since I bought it- and it’s something I only plan to do once. That being said, that’s something that needs to wait until my kids are a bit older.

For now, the plan is to have the windshield removed this spring when the weather warms up. Tim’s painter TJ is going to repair all of the rust and dings on the roof. My hope is to replace the majority of the moldings and weather stripping on the car to stop all of the leaks I am experiencing in the rain so that I don’t need to worry about it anymore. I’m undecided if I want to install the moldings or hoard them until I paint the entire car one day, but that could be a long ways off- probably best to install them now and seal everything up. 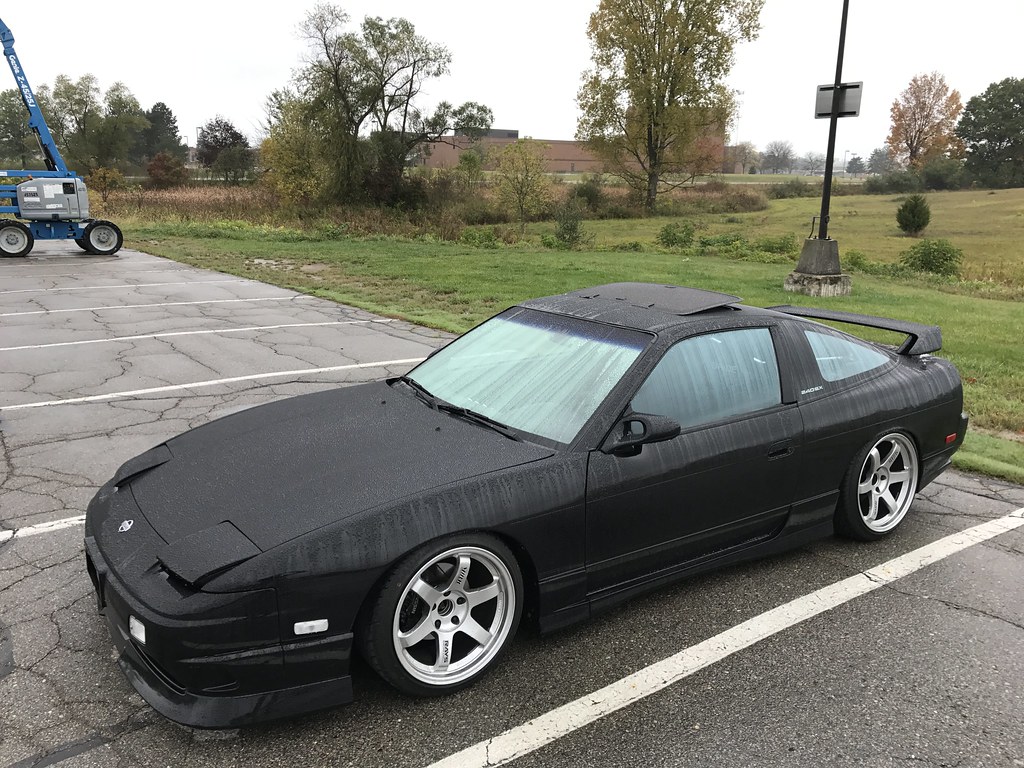 The new door strikers were the first piece of the restoration puzzle. It’s fun to do something so simple and inexpensive that can provide so much satisfaction. The doors make a completely different sound when they close now and the gaps make a big difference in the appearance of the car. Last night, I spent a couple hours in the garage wiring up the rear window defroster. The original hatch on the car had numerous rust holes and wiper on it, so I swapped it out many years ago for a wingless and wiperless version. In doing so, I wired the third brake light but never bothered to wire up the defroster. I did some driving in the rain this week and the back window quickly fogged over like it always does. I decided to do some research and spend the time to wire it back up properly.

My wife and I will be driving the car a few hours North this weekend for a quick getaway- the first we have had since having our third daughter. There’s some rain in the forecast, so that will be a good test to see if the defroster wiring fix worked or not. After this trip, the car will probably be out for just a couple more weeks before the temps really drop off and the threat of snow and road salt looms. I’m looking forward to going over the car a bit this winter and attempting to restore many of the aspects that have been neglected for the last nine years.

2 Responses to Preservation vs. Modification