Posted on September 26, 2017 by camryonbronze

One thing that has bothered me since I bought my car in 2008 is the door strikers. The original owner had taped some cut up refrigerator magnets to the driver’s door in an effort to ensure that the dome light turned off when the door was closed. I tried to adjust the door strikers to pull the door in further, but ultimately turned the dome light completely off so that I didn’t need to worry about draining my battery when the car is parked. Not only that, but the doors never lined up with the rear quarter panels. It was a subtle issue, but one that bothered me. 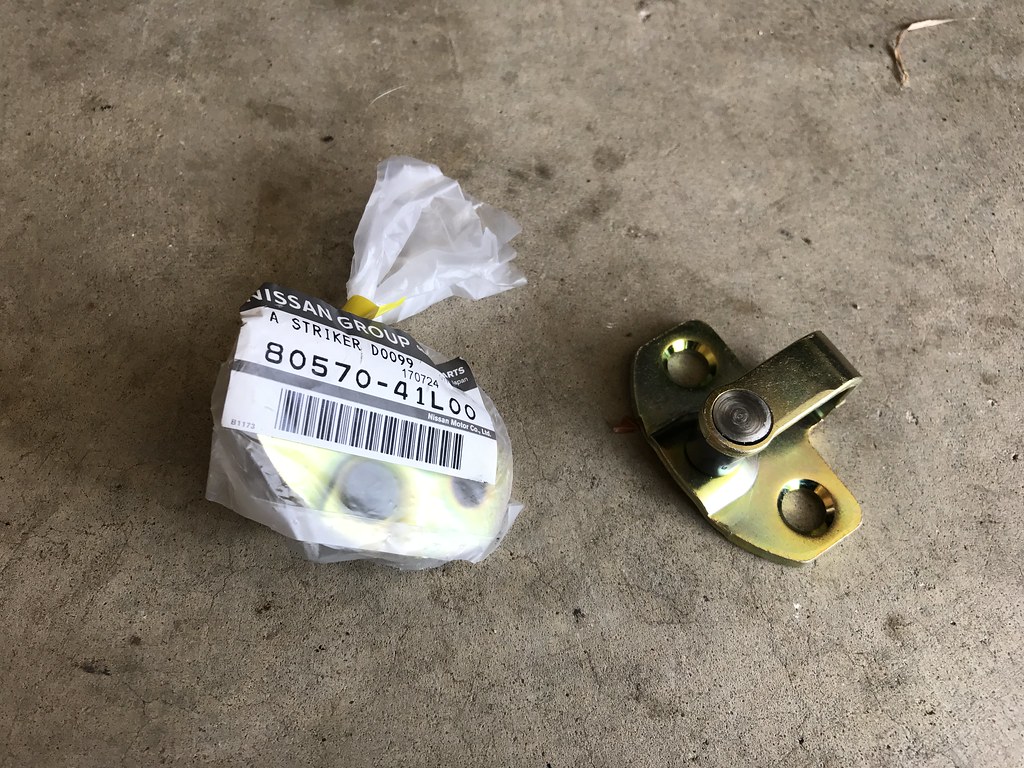 Nine years later, I have finally solved the issue with a pair of new OEM door strikers from NissanParts.cc. The plastic/rubber bushing on the strikers wears and develops play over time, which prevents your door from closing properly. It’s fairly straightforward to swap them out with a phillips screw driver, unless you manage to strip one of them like I did. I ended up having to drill one screw out on the passenger side and replace it. 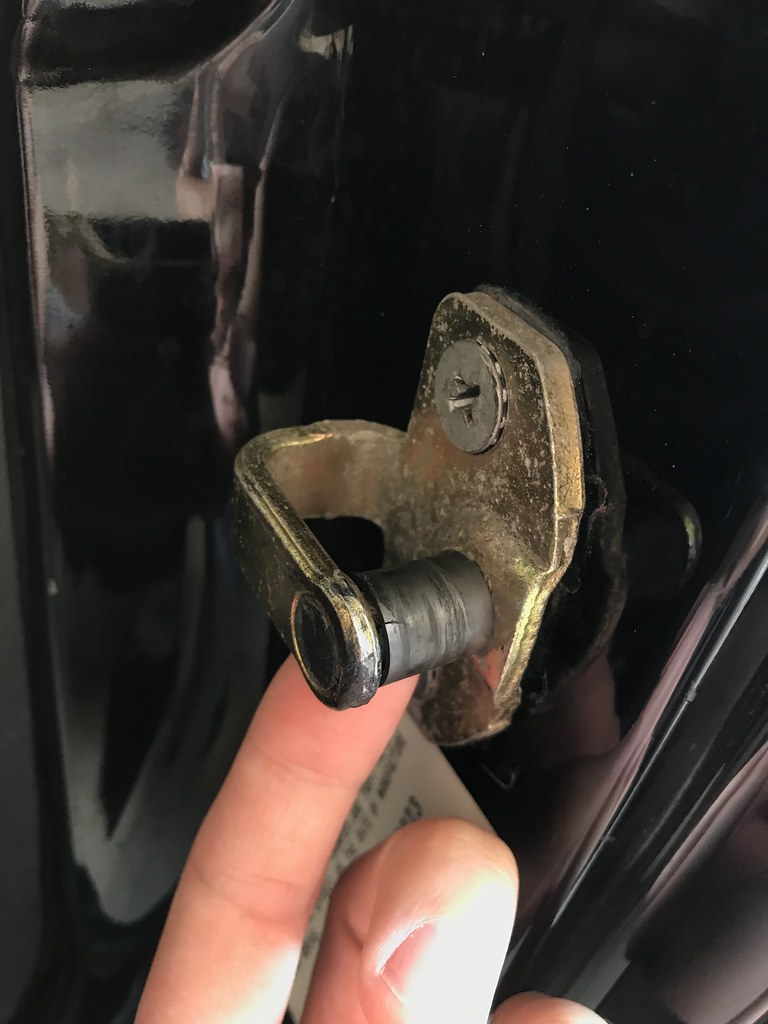 The worn out bushing on my original door strikers. 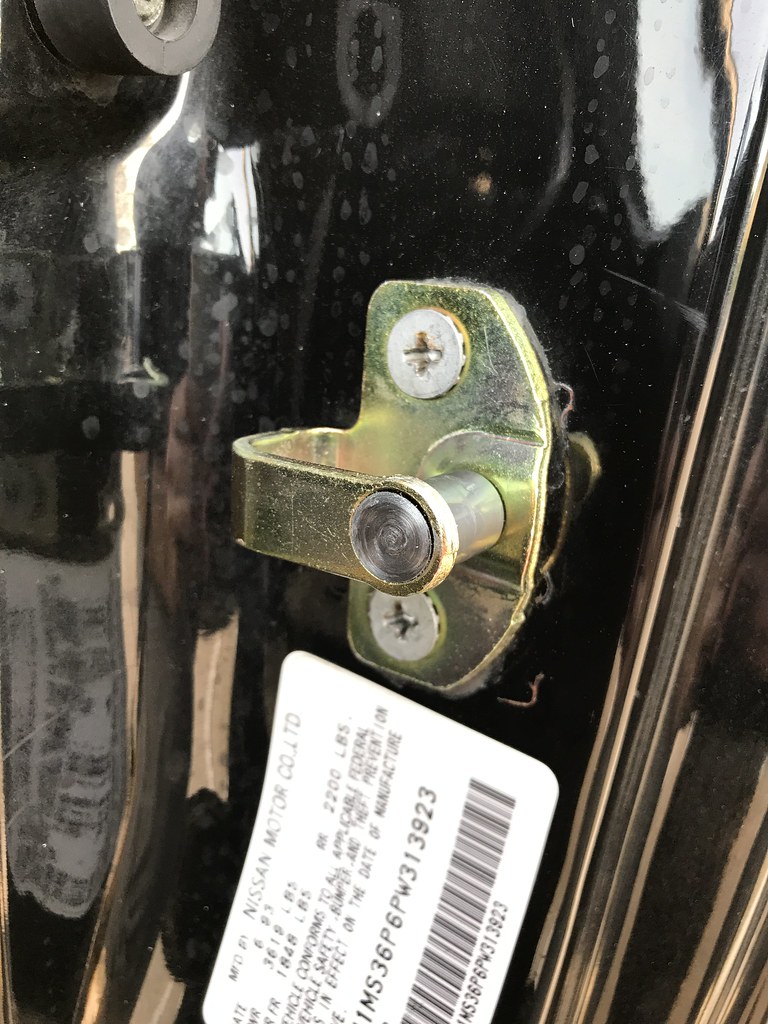 It takes a bit of adjustment to make the door close smoothly and ensure the door lines up with the quarter panel, but this is a cheap and easy part to replace to help your S13 feel like new again. Thanks to Ron at RestoMod for the recent inspiration to tackle little details on my car like this. 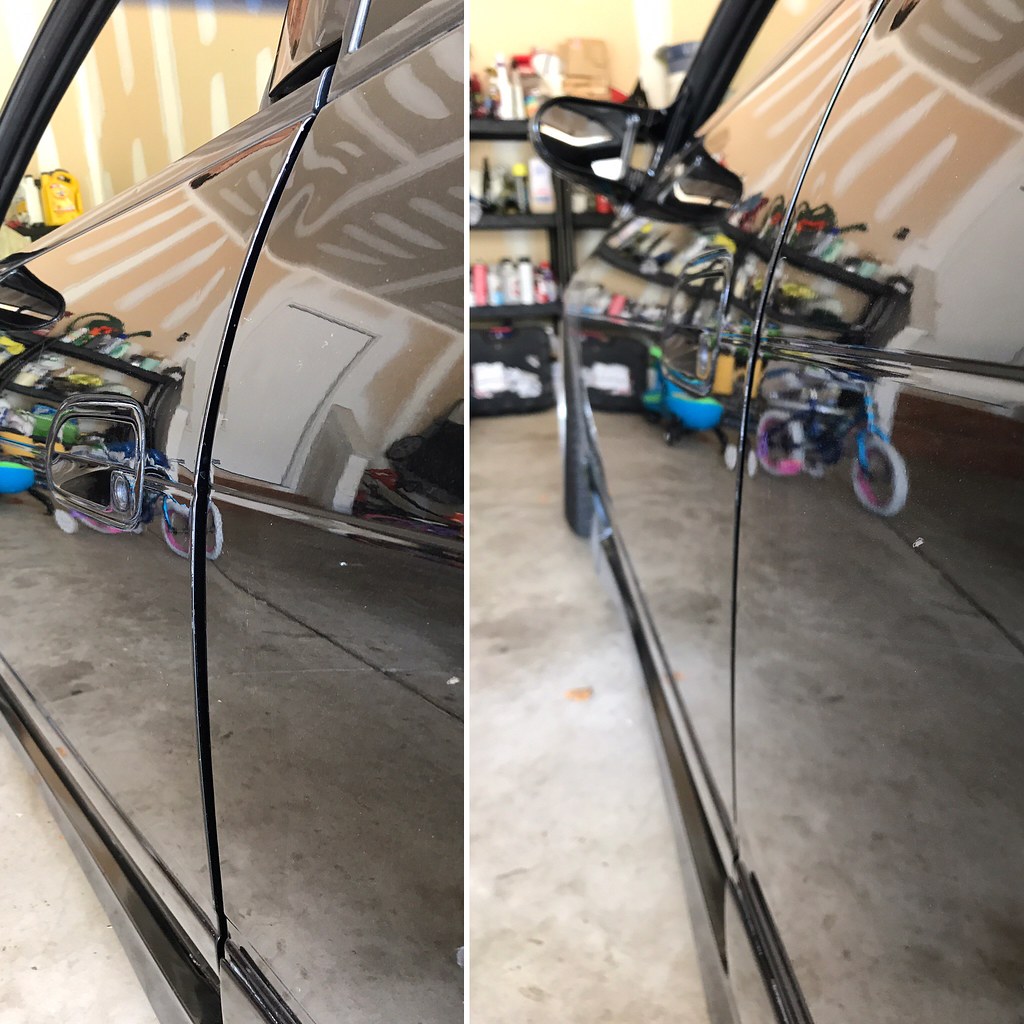 Before & after comparison of the door gap with old strikers vs. new.

Aside from that, there isn’t much to report. It’s been in the low 90s here in Michigan for the last few days, but it appears temps should begin to feel a bit more like fall again beginning tomorrow. It’s nearly time to start thinking about putting the car away, but I’ll try to keep it on the road until the first time they salt the roads. It’s going to be tough to park the car this year after driving it nearly every day- I’m very grateful for how well it has held up this season! 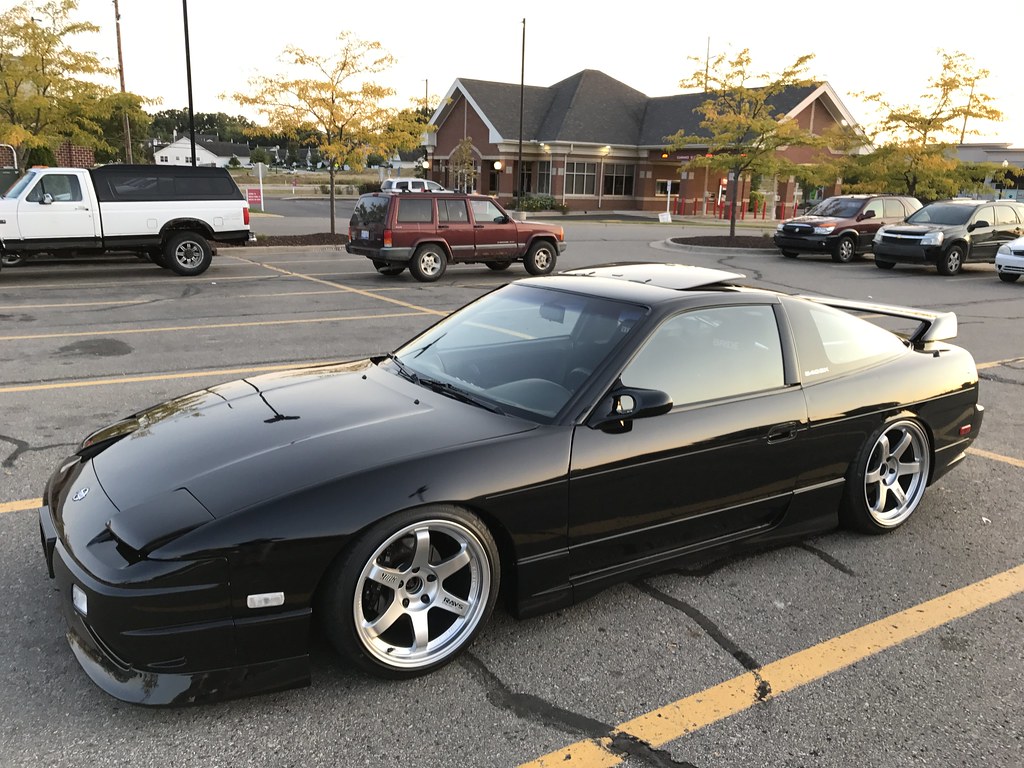 I’ve got one more trip planned for the car in the coming weeks that I’ll be sure to write about sometime in October. Here’s to hoping the good luck continues!

2 Responses to Mind the Gap