Today’s post focuses on another S13 component that is often overlooked- the weatherstripping. If your experience with these cars has been anything like mine, you’ve probably noticed that water leaks from just about everywhere you can imagine. It has become routine for me to notice water on the inside of all of my windows after washing my car- and heaven forbid I get stuck in a downpour on a road trip (which literally happens every. single. time.)

After dealing with wet carpeting one too many times (which was mostly a result of some other holes in the chassis not related to this, but still), I decided enough was enough. I began to talk to friends that had restored their 240s and do some research to understand why this was happening and found that it is likely a result of the rubber strips running around all of the doors and body panels (otherwise known as weatherstripping) deteriorating and losing their shape over time. As was the case with the moldings, I assumed that none of these items could be purchased from Nissan anymore. Thankfully when I began looking into it I was pleasantly surprised.

I started with the front doors as that was where I often noticed water when washing my car. There are two main pieces of weather stripping here- one that runs along the top of the glass spanning from the A to B pillar, and another one that runs around the outside edge of the door itself. The door one is nice as it wraps around the side view mirrors- an area that has been ripped on my car for a very long time. Fortunately these were pretty easy to track down- and they’re the same for both coupes and fastbacks. 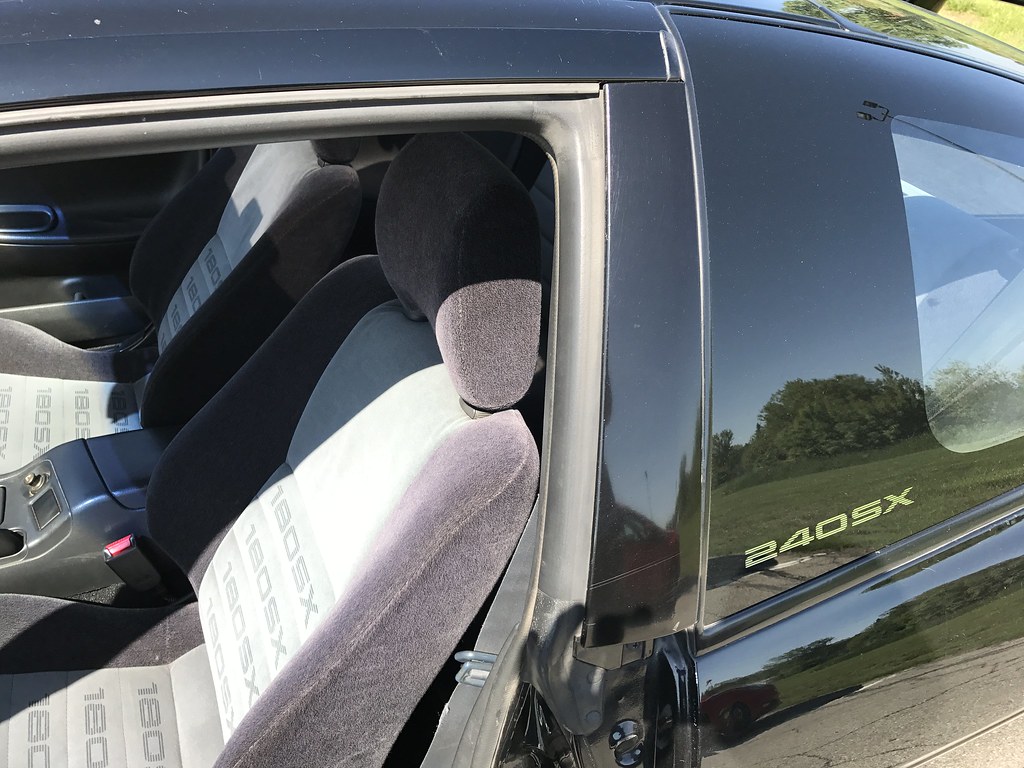 This is the first weather strip that spans the A and B pillars and butts up against the side glass when the door is closed. 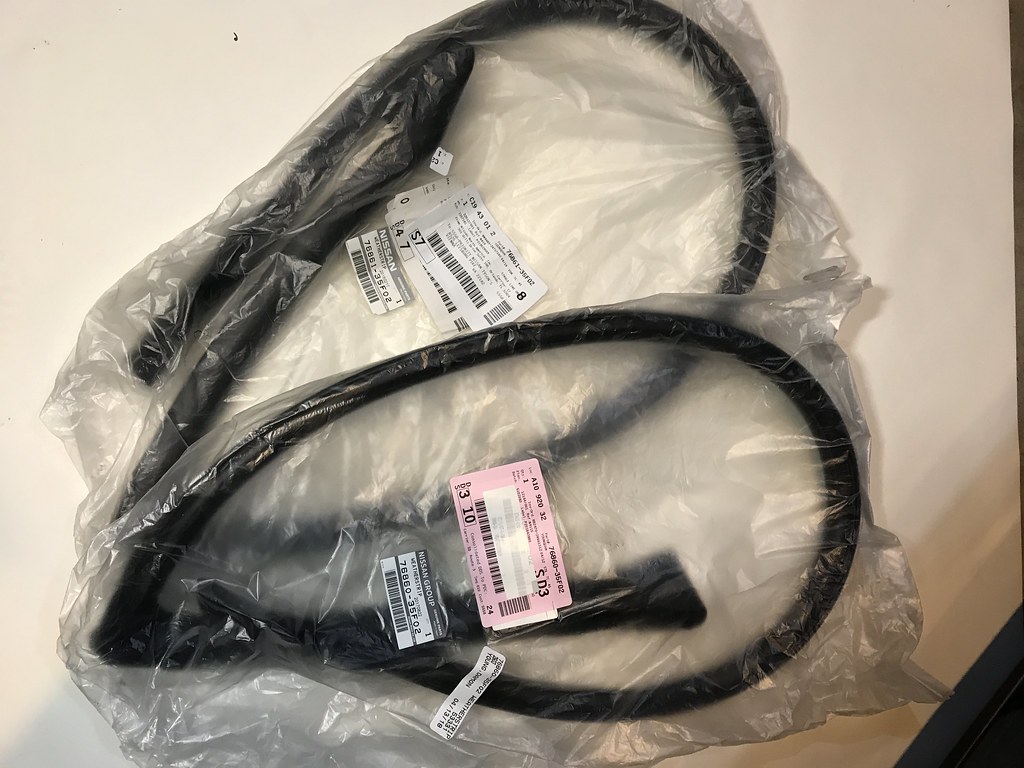 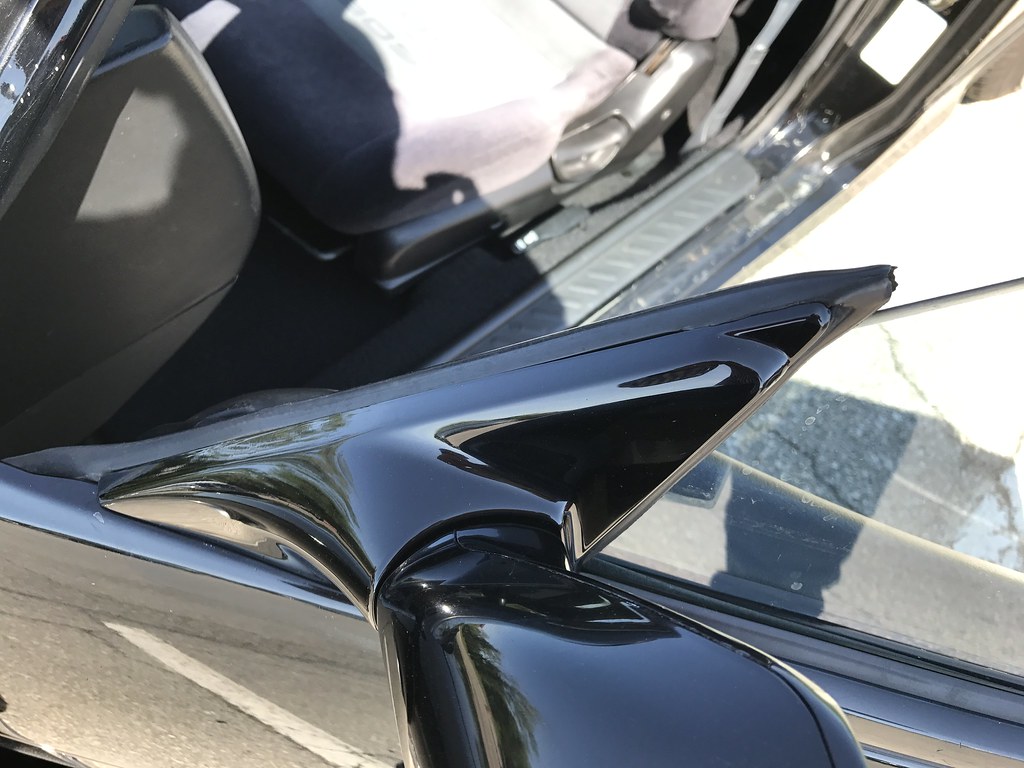 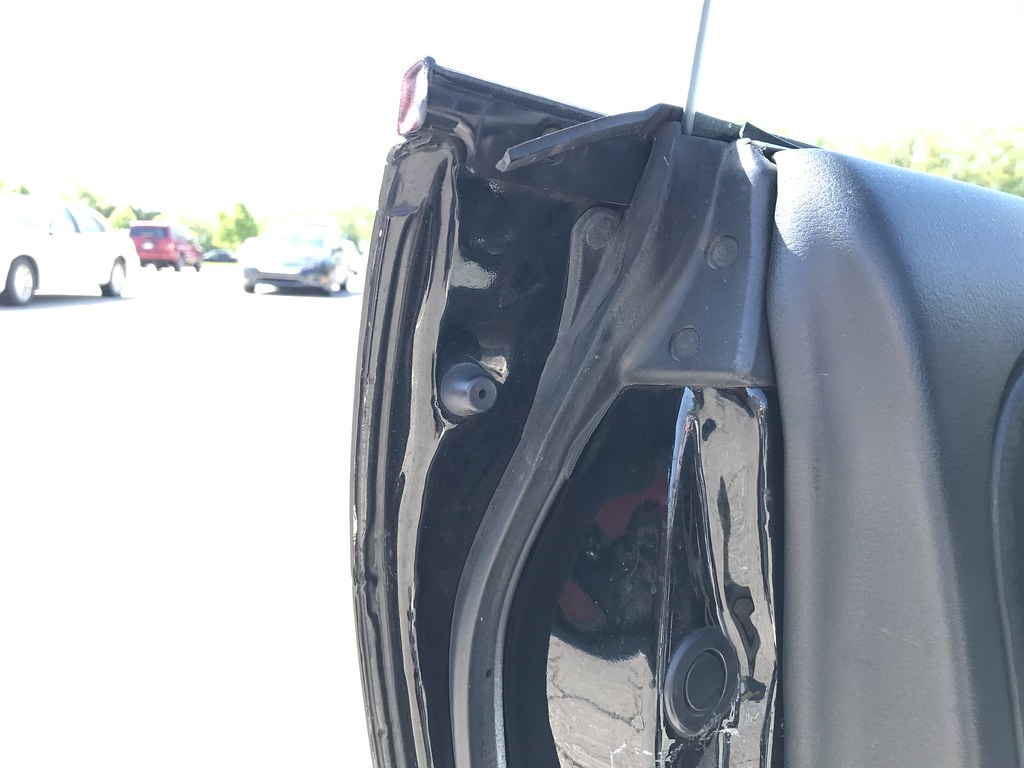 The second one begins at the side view mirrors and wraps around the outside edge of the door, sealing the door against the door jam. 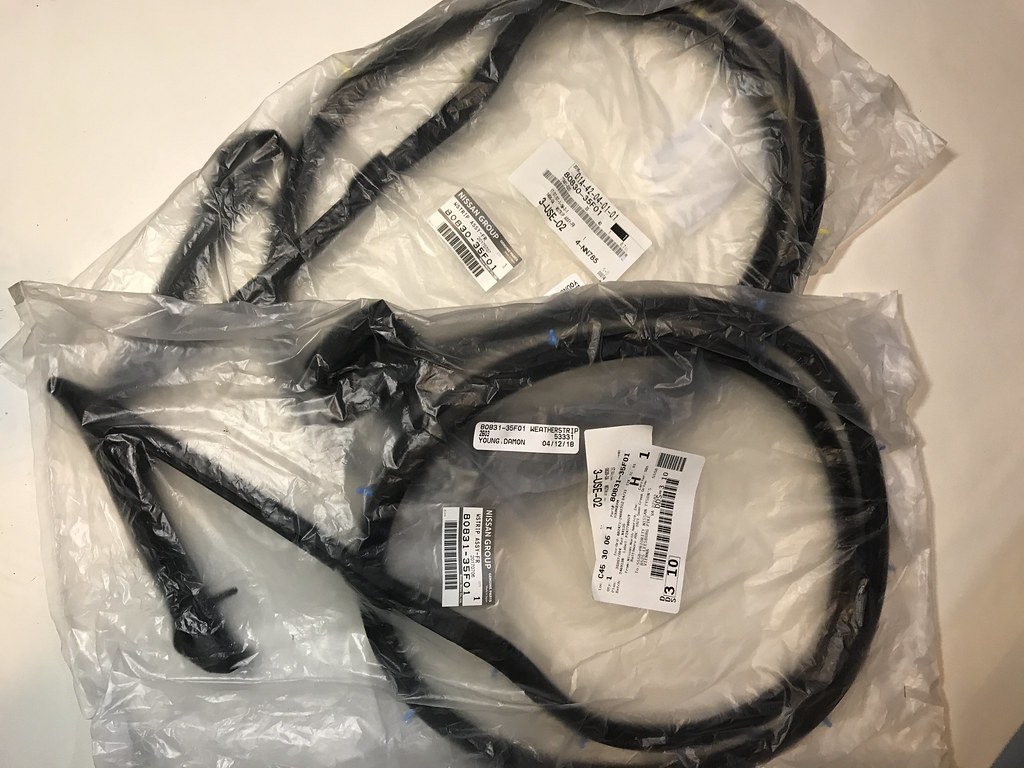 The next piece of weatherstripping I tracked down was for the sunroof. This seal mounts on the interior of the car and includes a portion that should match the color of your headliner. If you have a leaky sunroof, there is a chance this is likely the culprit. This is one piece that could be installed without painting the car, but I’ll likely just wait and do it all at once. 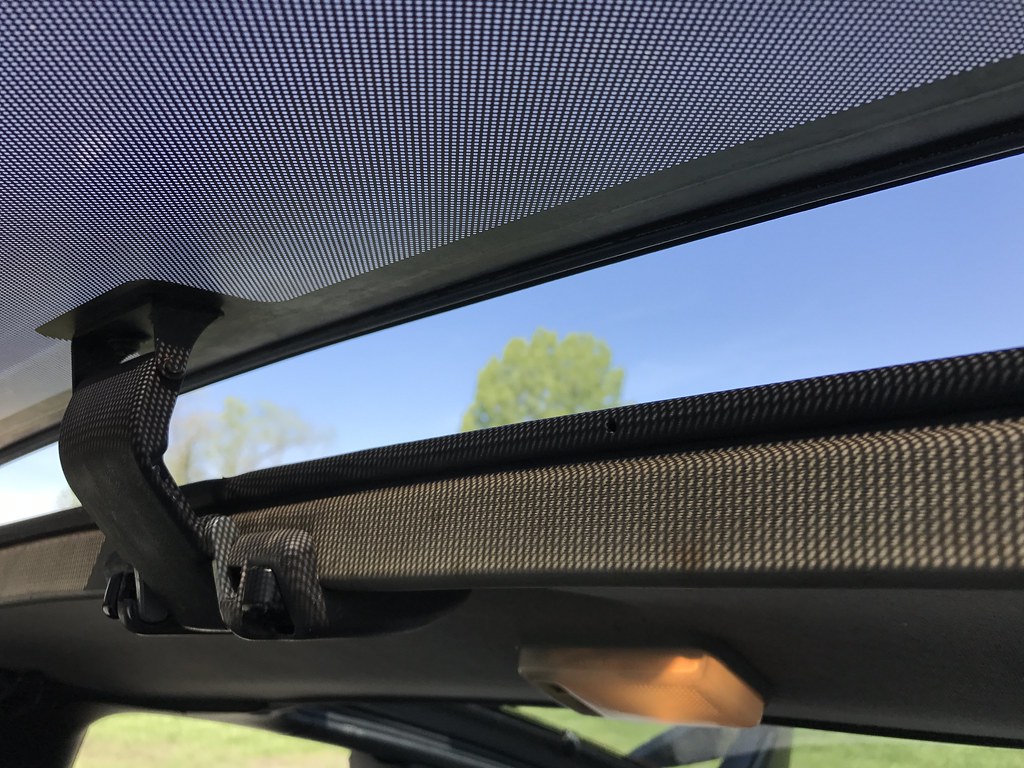 The upper portion of this seal is the weather strip, while the lower portion overlaps and matches your headliner. It is sold as one complete piece. 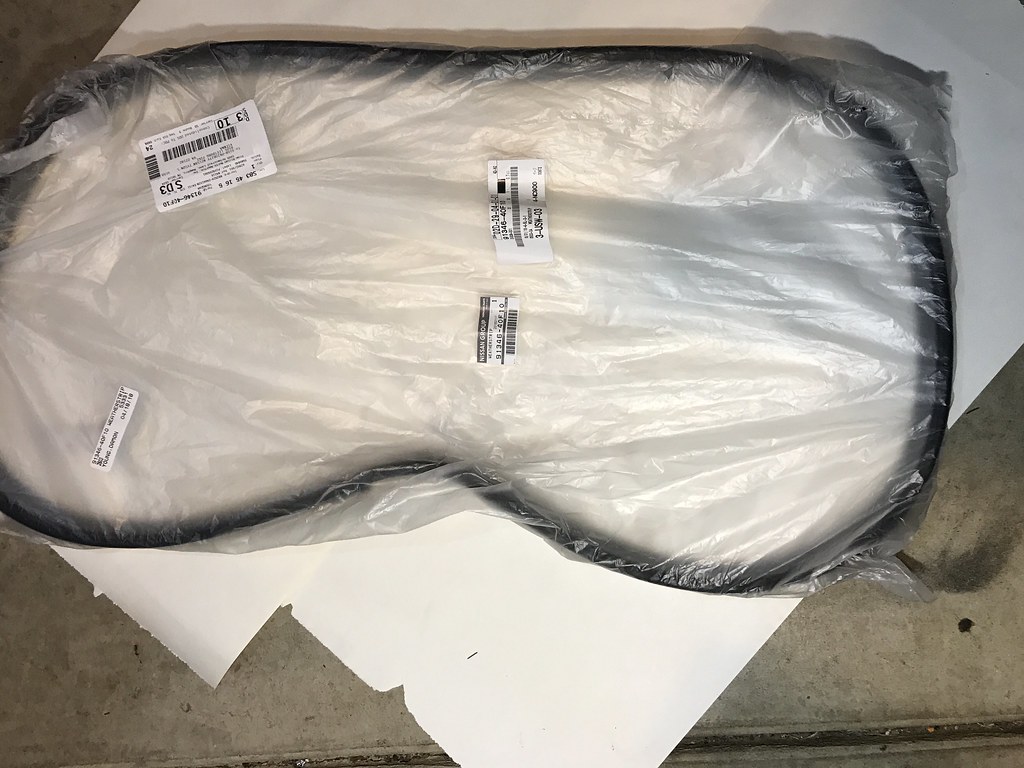 At the back of the car there is a large rubber weatherstrip that runs around the opening for the rear hatch. I get a decent amount of water back here when it rains, so I am pretty confident that mine is completely shot and should be replaced. While the wait is going to be difficult, it will make all of the leaks and other issues much more bearable knowing that a solution is stored away in my garage when the time comes. 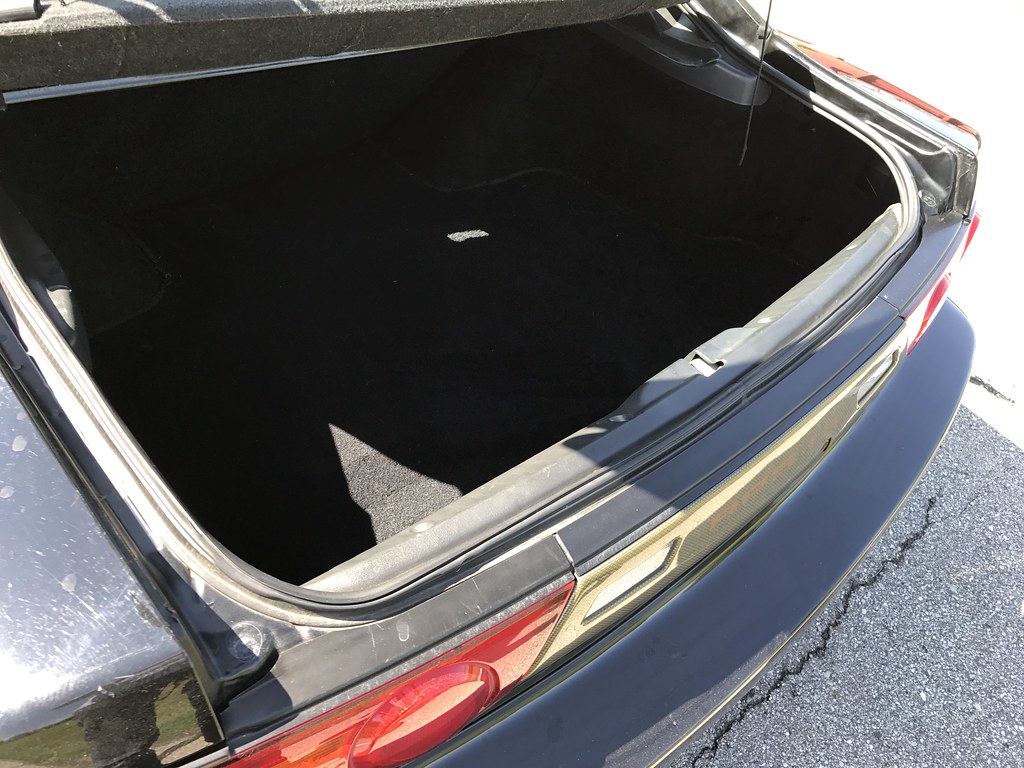 The lower half of the rear hatch weatherstrip can be seen here. It spans the entire rear hatch opening from top to bottom. 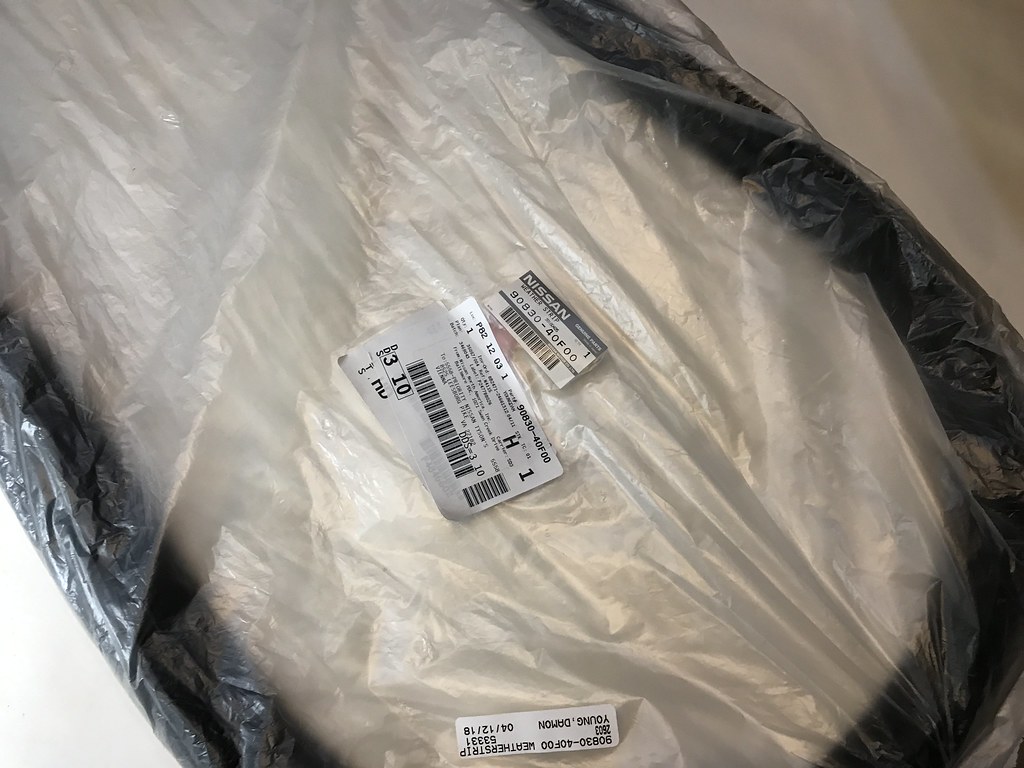 The last two pieces I chose to replace are often overlooked. Did you know there are actually two pieces of weatherstripping located under the hood? One is attached to the hood itself and the other is located on the cowl. I replaced the cowl seal back when I got my car in 2008, but decided it would be good to replace it again so everything is in new condition at the same time. The hood seal was missing from my car altogether so this will be a nice addition. Both of these were discontinued stateside so they took a bit of work to track down. 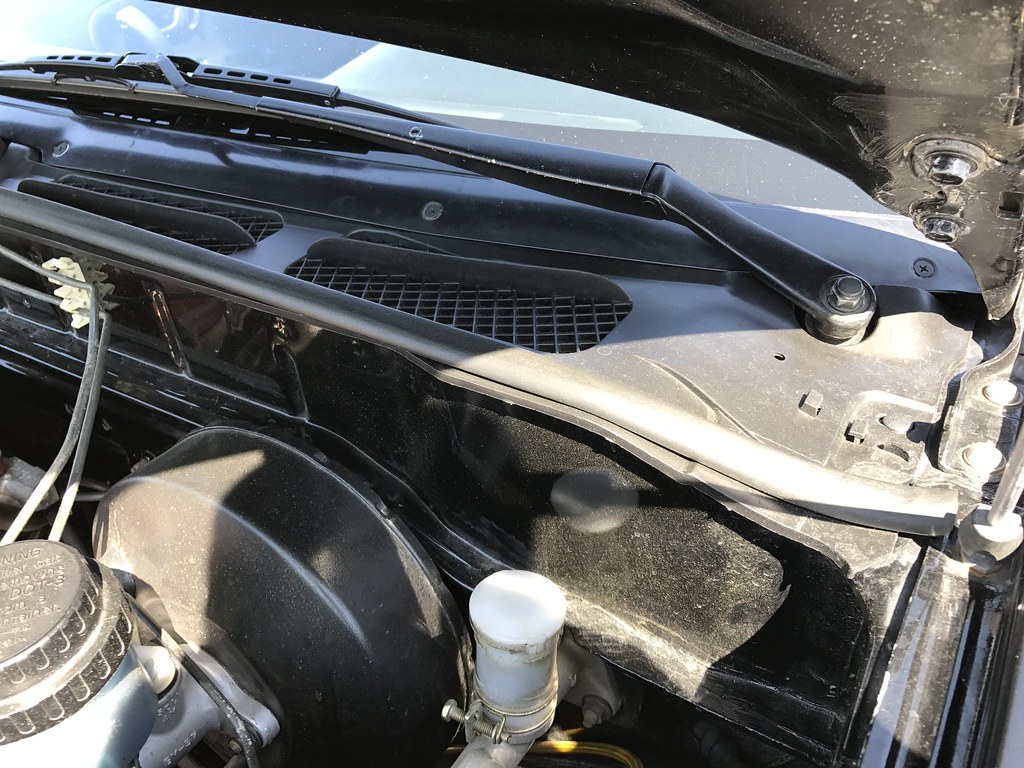 The cowl seal. Plenty of other items to address in this photo in a future cowl/underhood post. 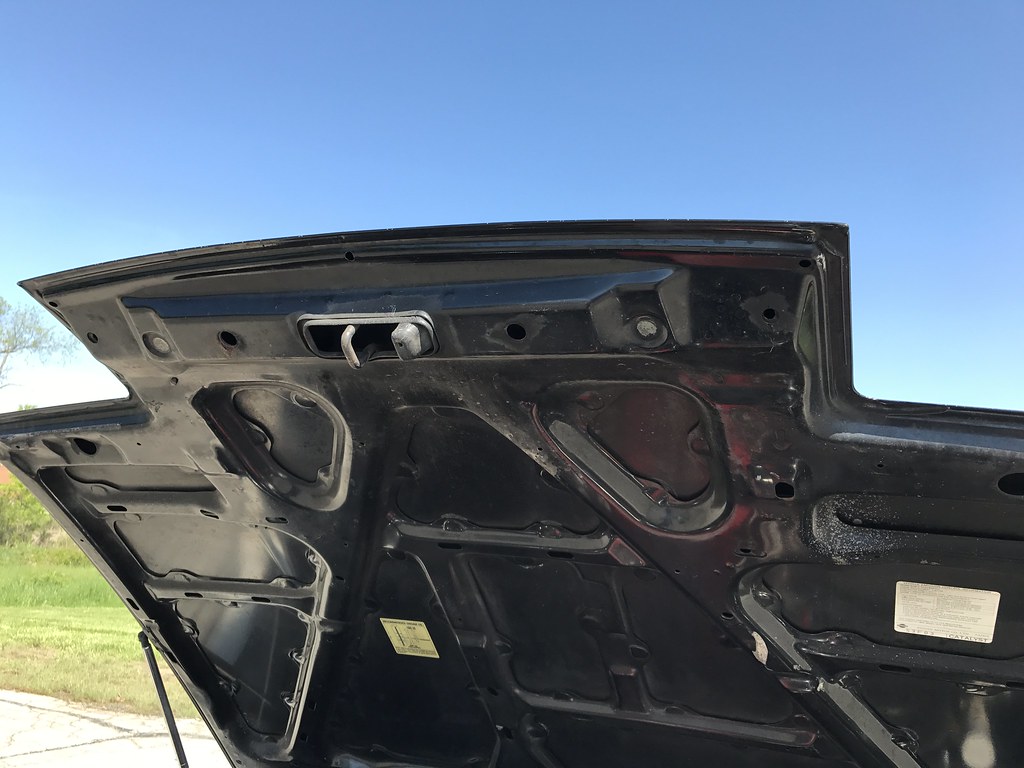 There should be a seal here that runs along the perimeter of the leading edge of the hood and mates with the front core support when the hood is closed. My seal and clips are still on the way, but I’ll provide photos when they arrive.

I was initially stressed out about attempting to restore these items, but with a lot of patience and a bit of luck it really hasn’t been too bad to track all of them down. I’m looking forward to snapping all of these into place on a freshly painted chassis one day in the future.

Thank you for stopping by! As always, if you have any questions or want to know more about anything mentioned in this post, feel free to leave a comment or shoot me an email at Damon@camryonbronze.com and I’ll do my best to help.