Posted on December 14, 2018 by camryonbronze

Things have been picking up steam for me since my return from vacation in Florida late this past Saturday night. My garage has probably seen more activity in the last week than it has in the last couple of years combined which is pretty exciting. 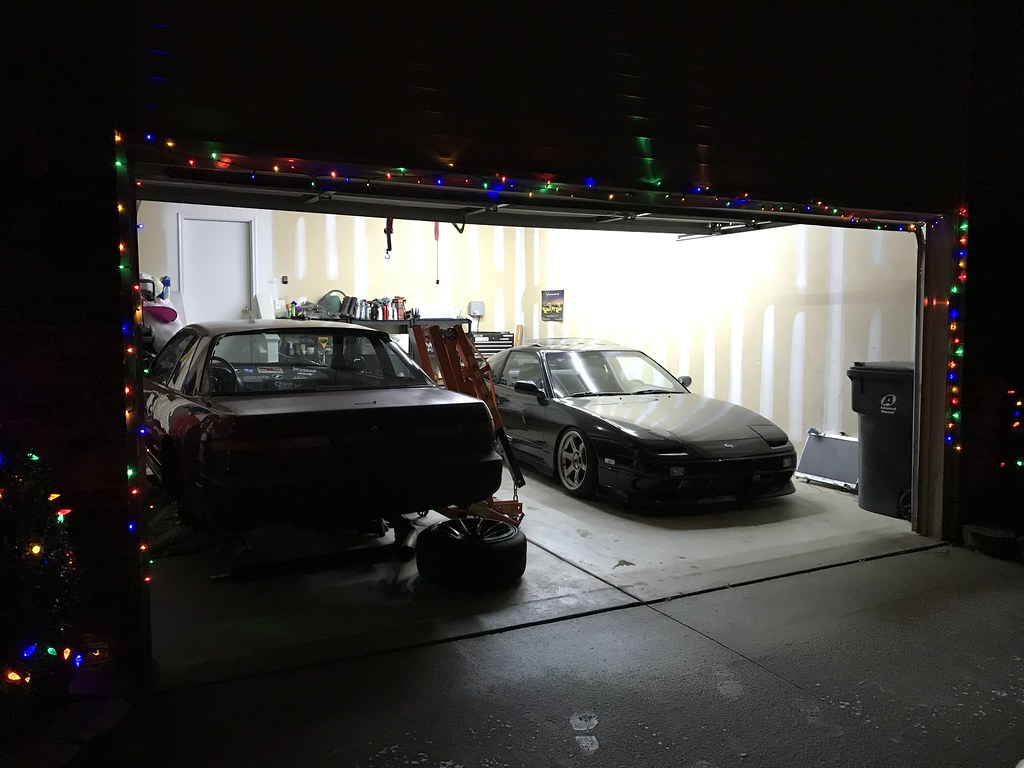 Tis’ the season… to play with junky old Nissans!

I didn’t have much time in the few short days between purchasing my new donor car and leaving for Florida, but I did manage to get a few things removed from the car before we left on our trip. It was tough to bring the car home and immediately need to leave for eight days, but I wanted to snag it before any more snow came down or someone else could purchase it. 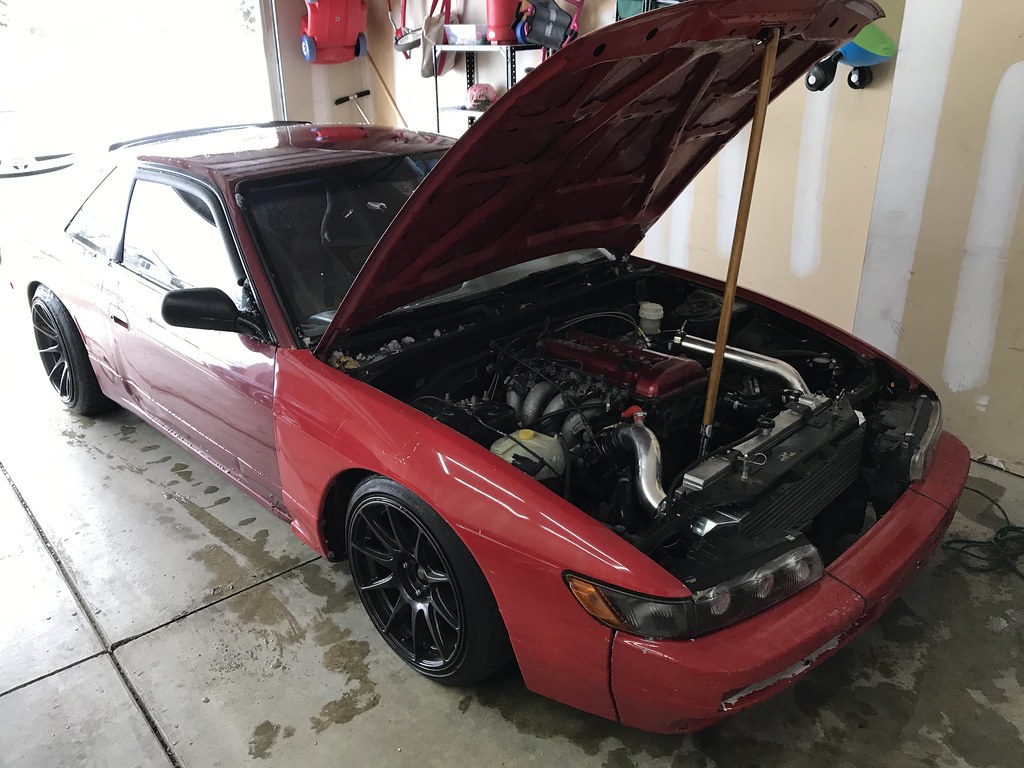 I snuck into the garage in between packing and managed to remove a few simple items like the Silvia front end, replica Bride seats and Buddy Club seat rails, Corbeau harnesses, Mishimoto radiator fans, Circuit Sports catch can, and even a brand new Cusco rear strut tower bar that was mounted in the trunk (this was a surprise to me since it was not listed on the for sale post for the car.) This allowed me to list some of these items for sale from Florida and ship them when I returned home. 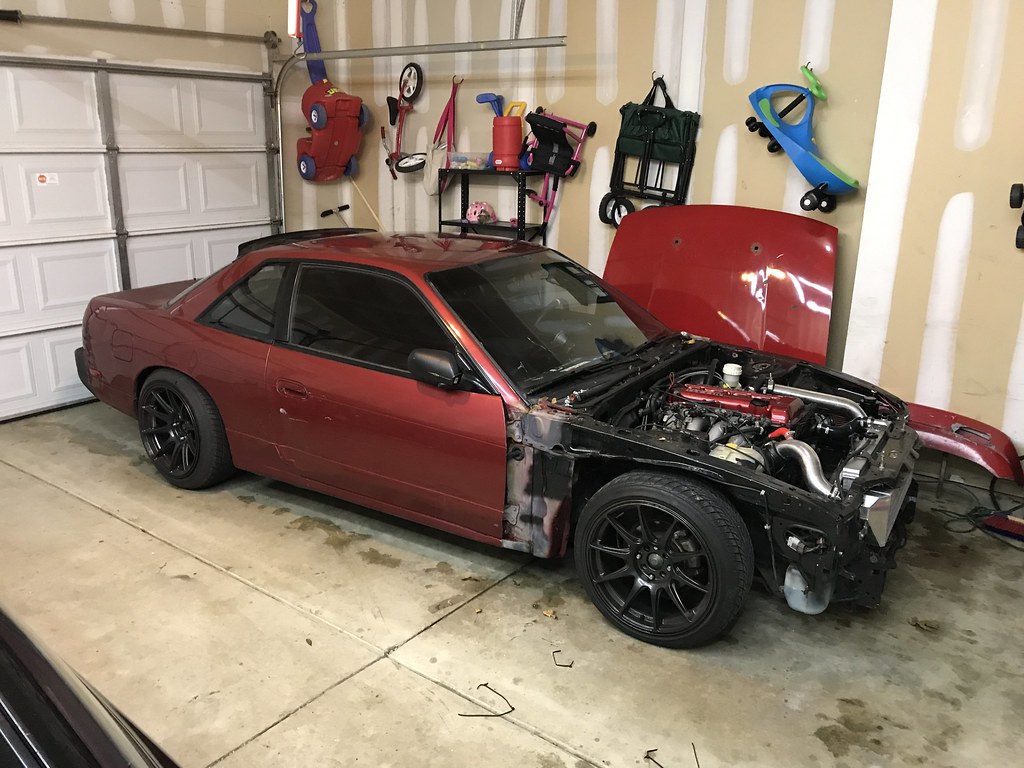 This car is your stereotypical S13 drift car build in every sense of the word. When I removed the front end, I found that both headlights and corner lights were held in place with one zip tie each. There were no PS13 brackets for headlight mounting and the front bumper was held in place with two bolts from the crash beam to the chassis. There was no factory hood latch installed, so someone decided to drill into the nearly mint OEM Silvia hood for hood pins. It was clear that not a lot of energy was put into assembling the car, but it felt good to confirm that a majority of the parts were there to meet my original goal of getting my money back out of the car. 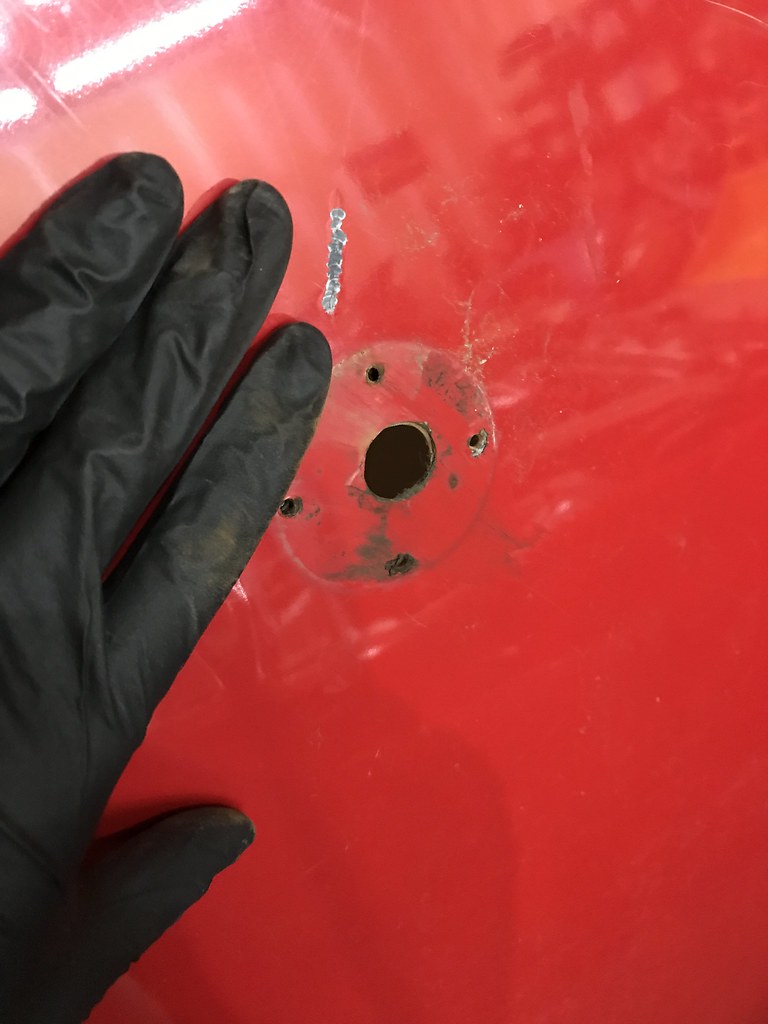 It’s OK friend, I won’t let them hurt you anymore…

Upon returning home from Florida, I began to really tear into the car. I put it up on jack stands and removed and sold the Parts Shop max high mount intercooler. It’s a really nice kit and the engineering behind it makes sense, but it’s not really the look or style I am going for on my build. I did find a like new Koyo radiator on the car (despite the ad saying it had a Mishimoto radiator) so that was a nice surprise as I planned to purchase one eventually for the build anyway. I also elected to remove and sell the Chase Bays power steering kit from the car. I’m not sure what I will end up using for a power steering setup for the coupe, but we’ll see what happens. 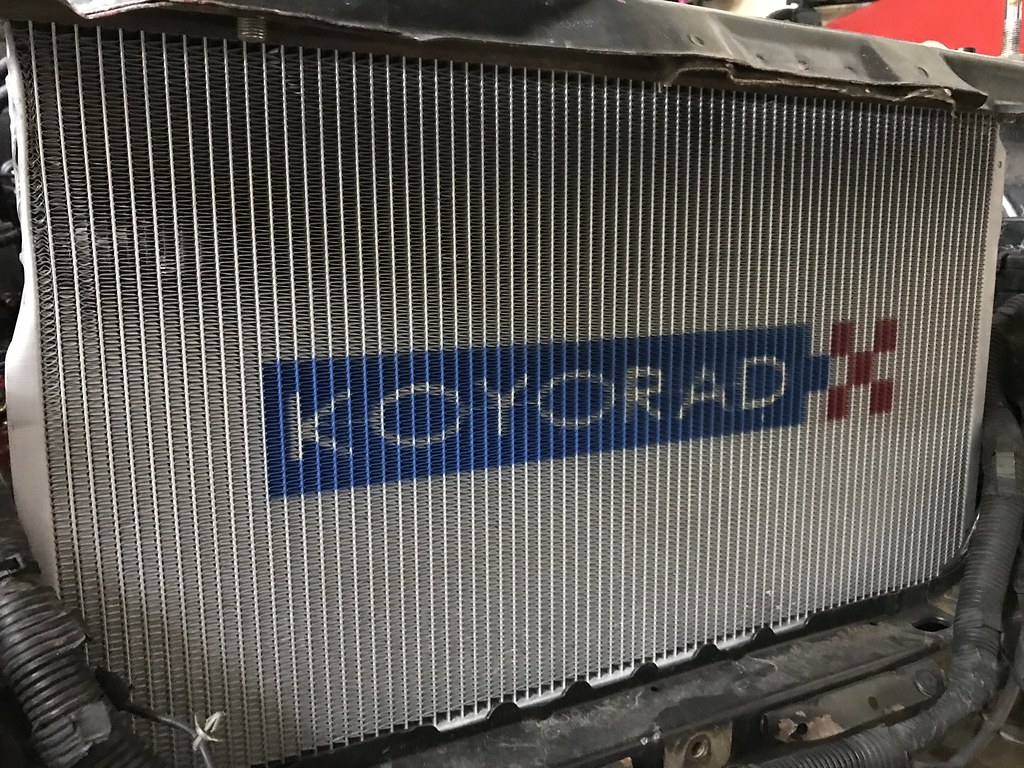 It’s a shame the side of this new radiator was banged flat for the intercooler to clear. Hopefully I can straighten that back out…

After having the car in the air, I pulled the XXR wheels, EMUSA coilovers, and Godspeed rear suspension arms. I’ll likely install the stock suspension and steel wheels from my project coupe to sell this car as a rolling chassis. It was during this process that there was more rust on the car than I was led to believe (I was told there was none and saw pictures of the frame rails, but I assumed that was probably not likely.) Upon closer inspection, portions of the floor and the frame rails have definitely been repaired. This was a bit disappointing, but I should still be able to find a buyer for the chassis.

At lunch time yesterday I did a quick compression test on the new SR and things seem to be in pretty good shape from what I can tell. I’m planning to go through the engine and do a very light refresh, so hopefully applying the same maintenance to this one will treat me well like it has in my other car. Speaking of the other car, it was fairly nice out while I was home yesterday so I decided to let the hatch run and pull it out of the garage for a little bit. It’s only been about a month and a half since I put it away but I definitely miss driving it. It is nice to have it sitting there while I work on this car though to remind me of what the end goal looks like. 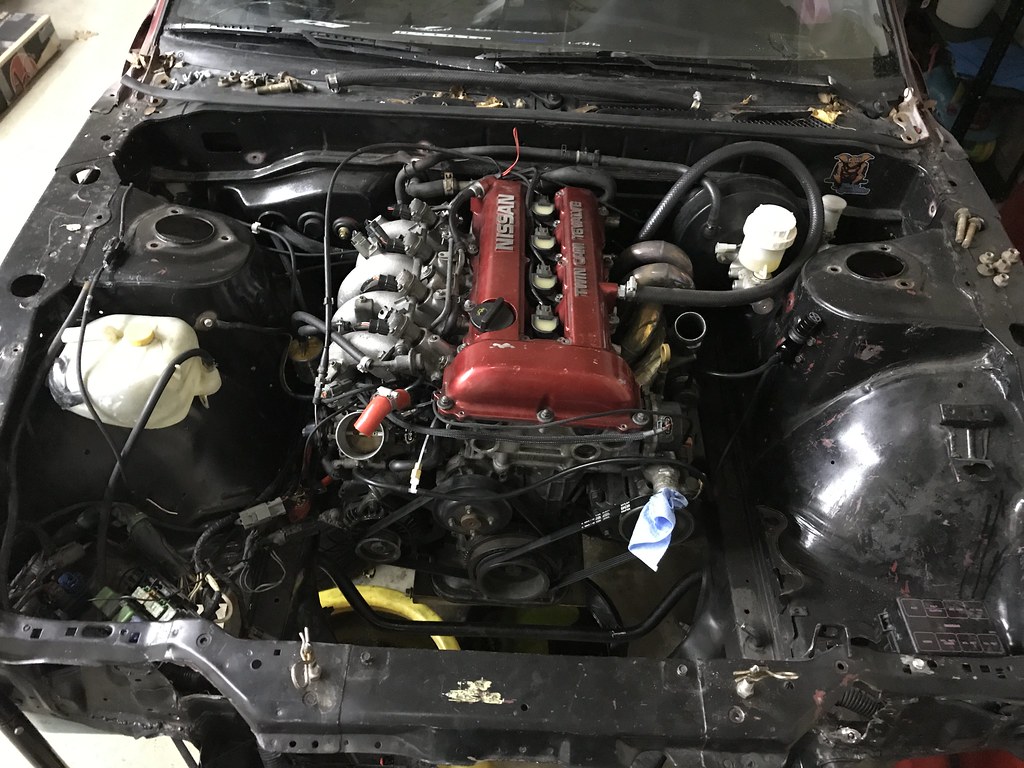 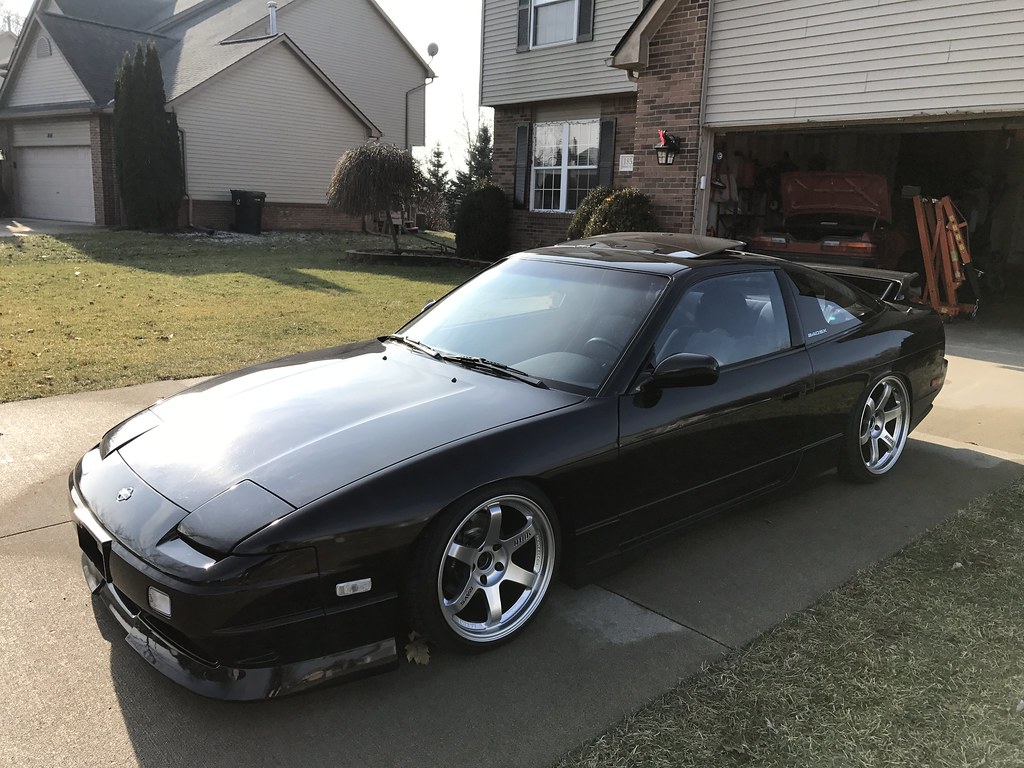 My OEM gasket kit arrived during the compression test yesterday- the first piece of the puzzle for refreshing the new SR20. I am really looking forward to having the engine on the stand and cleaning everything up! 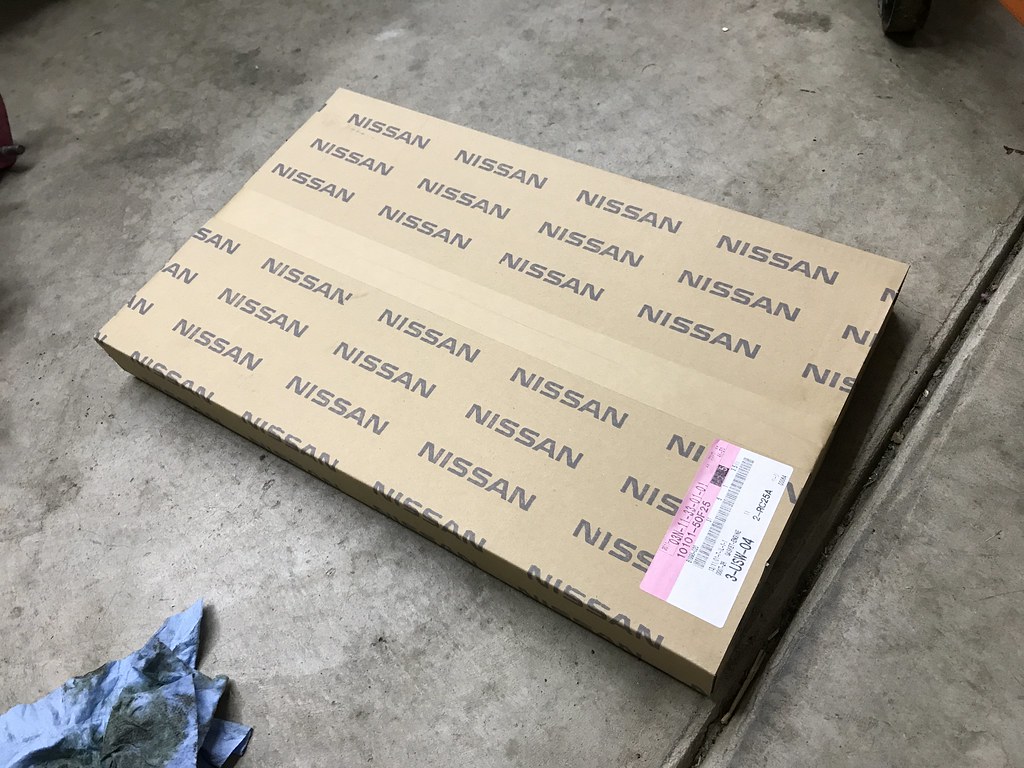 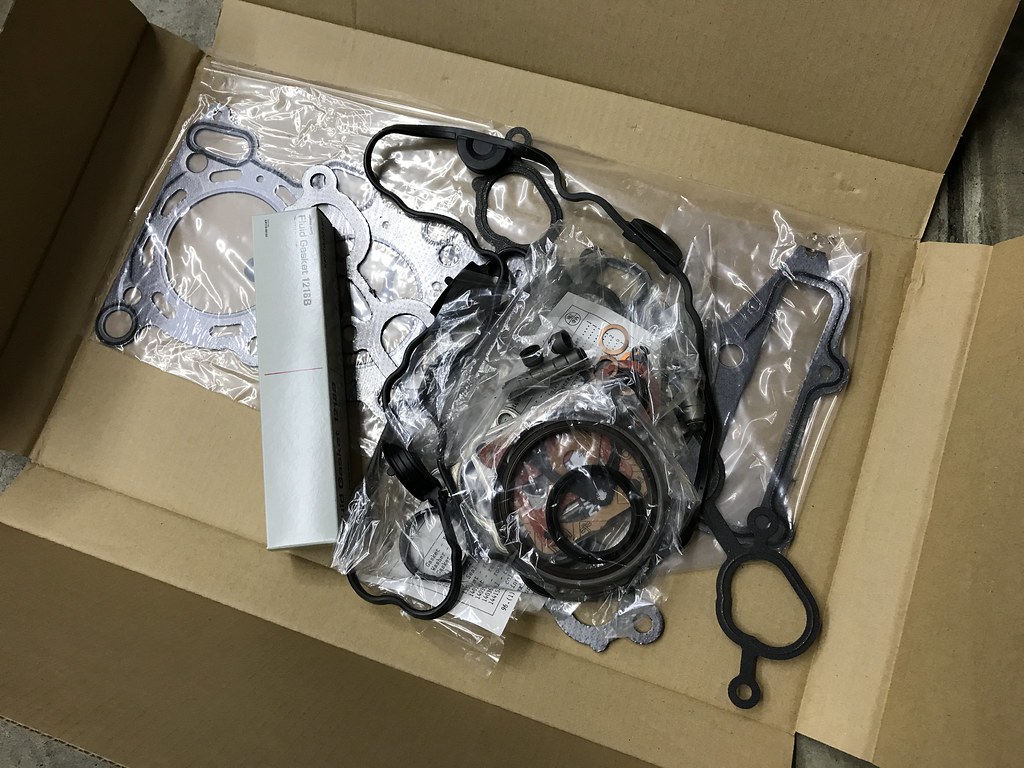 After making steady progress removing parts from the car and selling them through the week, as well as completing the compression test, I was finally able to remove the drivetrain from the car late last night. It’s crazy to me how many nuts and bolts are missing in important places on this car, including the turbo outlet pipe, turbo manifold, and O2 housing. The more time I spent under the car, the more fortunate I felt that I made it home in one piece driving this thing down the highway! 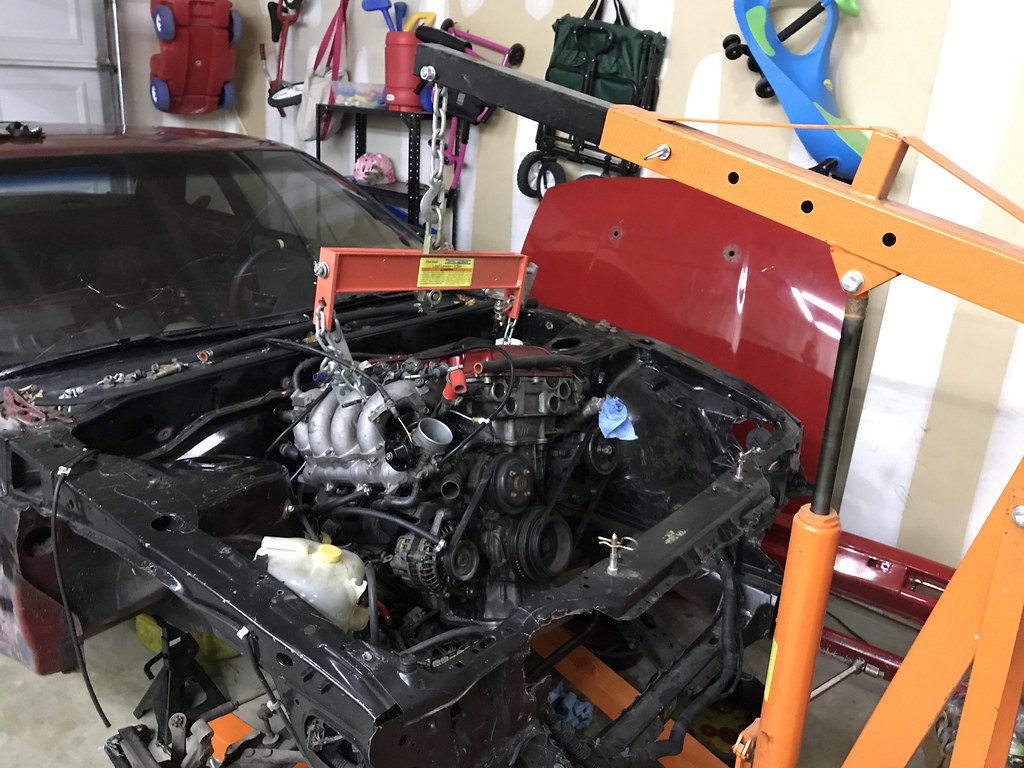 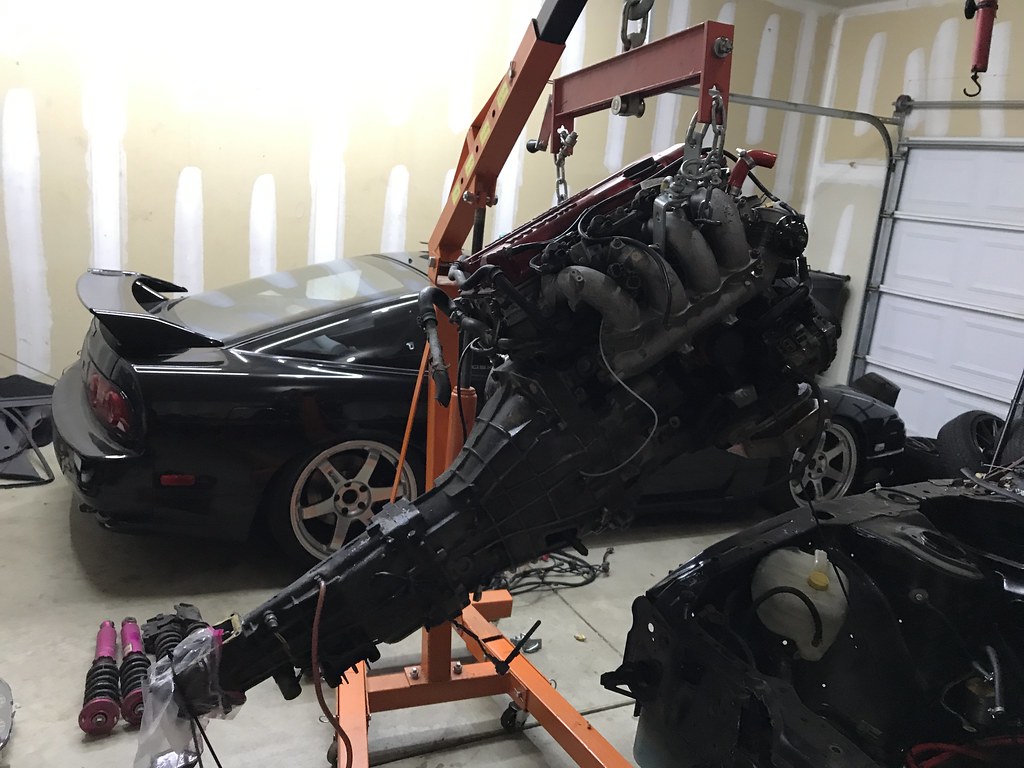 I pulled the transmission off of the engine late last night and am planning to remove the clutch and flywheel to put it on the engine stand tomorrow morning. My four year old daughter Hattie has shown a lot of interest in working on cars and really wants to use the cherry picker, so I decided to put that off until the weekend so that she can give me a hand. 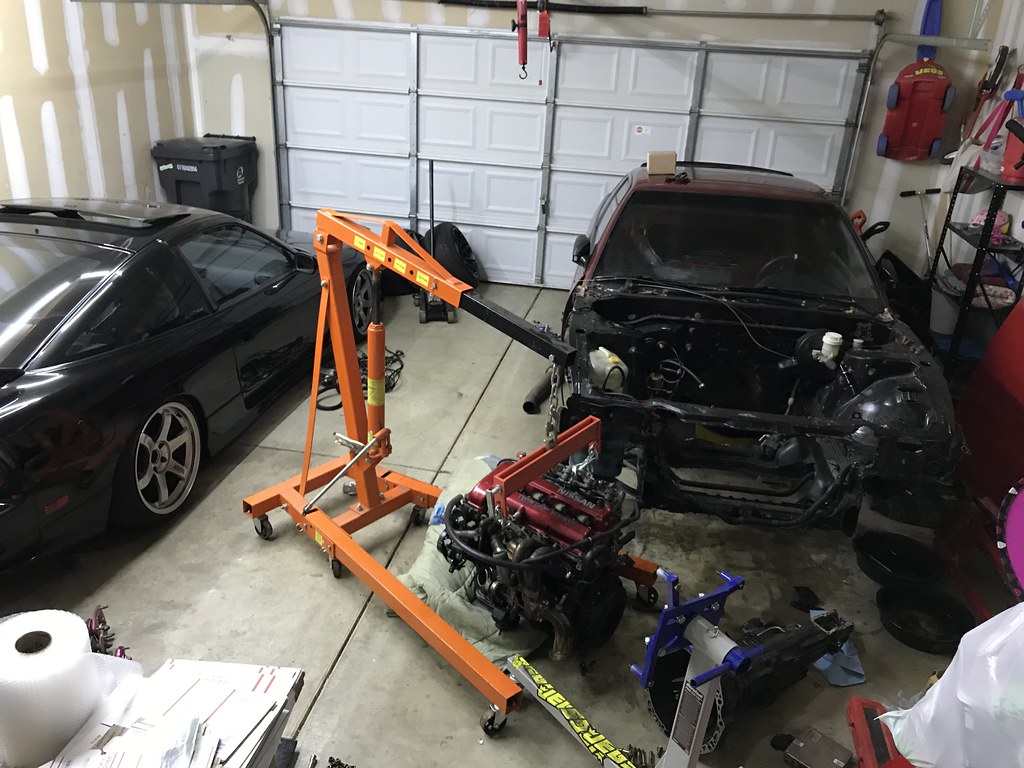 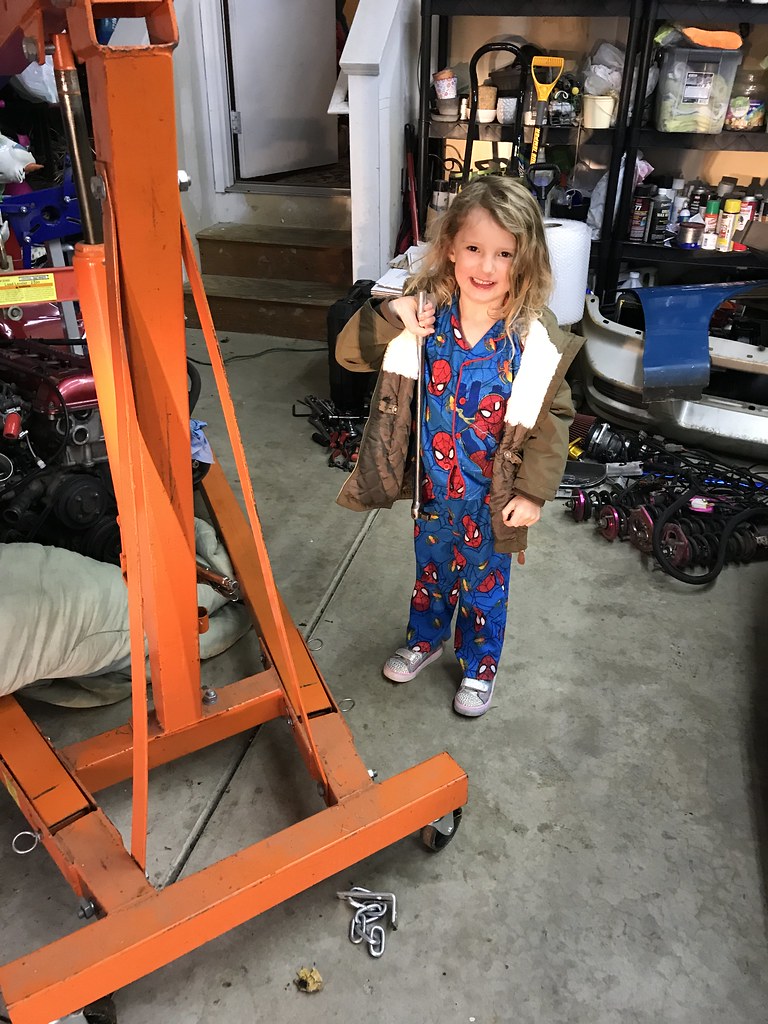 Hopefully you’re as excited about this progress as I am- it feels great to be out in the garage and doing some serious work again! I’m looking to continue to stay motivated and make some more progress with the part out in the coming weeks. Thankfully the weather has been pretty mild without much snow so parking my wife’s van in the driveway has not really been an issue. It will be great to get the donor chassis out of the garage and put the Sienna back in until spring time.

Thank you as always for stopping by and have a great weekend!