A Visit to Houston, Texas

Posted on February 15, 2019 by camryonbronze

At around 4:30 AM last Friday I dragged myself out of bed and made the snowy (and very windy) trek to Detroit Metro Airport to board a flight down to Houston, Texas to visit my friend Jimmy. Jimmy and I met at the first Final Bout event in 2014 and have remained very close friends since then. It’s hard to believe that nearly five years have passed since that event. Neither of us had our cars there that time as we both came to hang out- Jimmy had a white S13 at the time and I was in the midst of trying to build my GS400. Our personalities are polar opposites in many regards, but for whatever reason we remain the best of friends. 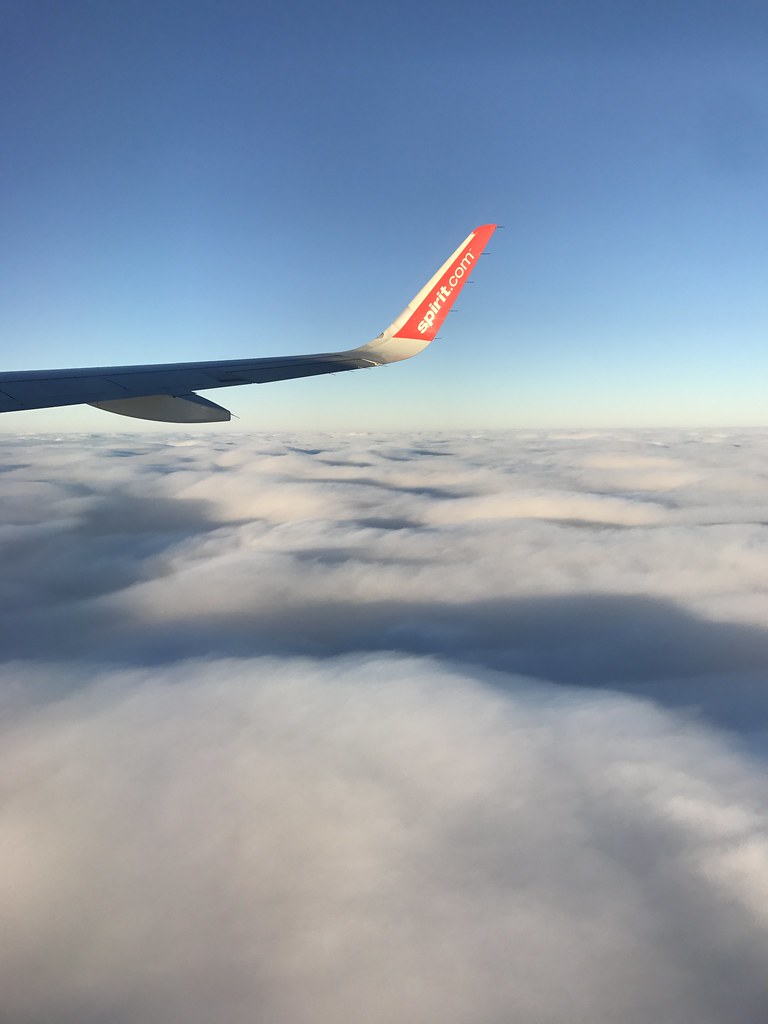 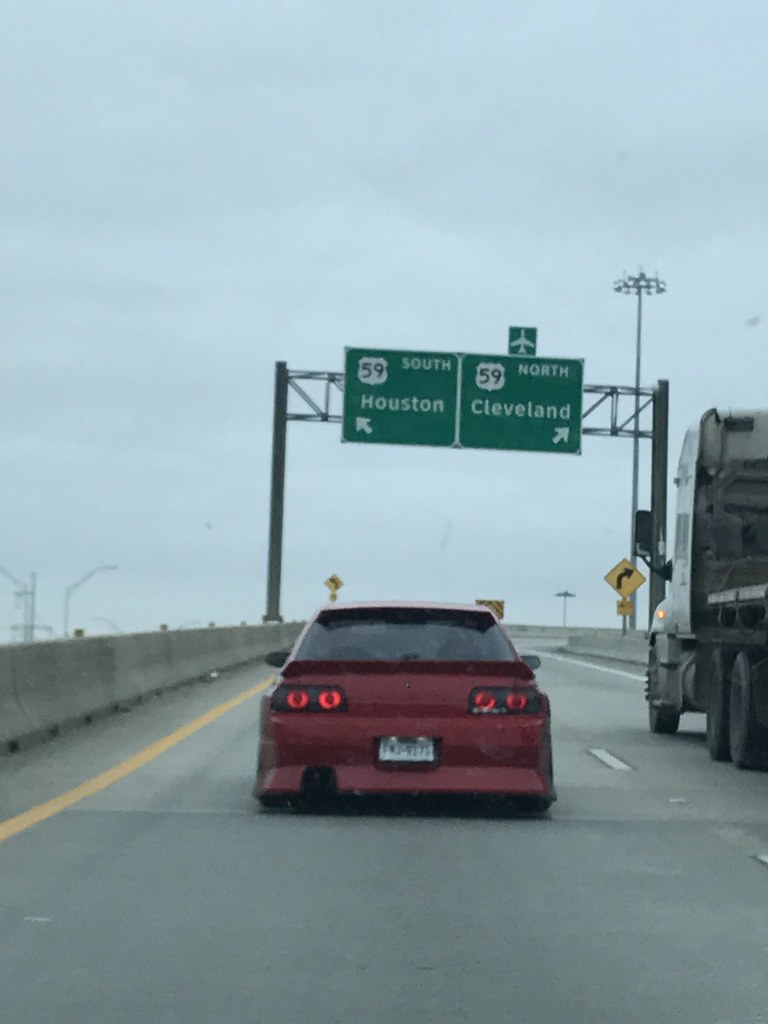 I was greeted by the rumble of an SR20 as I exited the airport terminal and Jimmy rolled up in his bright red BN sports R32. Despite this being my 4th visit to Houston, I had never actually ridden in Jimmy’s car while visiting. It was always torn apart, locked in a damaged garage that someone decided to back into (that’s another story,) or at the body shop being painted. Despite seeing it at Super D last September, I had not actually ridden in the car since Final Bout II in 2015. It was really fun to cruise around- despite the fact that it was a mere 36º in Houston that morning and the car does not currently have functioning heat. My visit was blamed for the unseasonably cold weather the entire weekend, though it did warm up to about 60º or so on Sunday before I left. 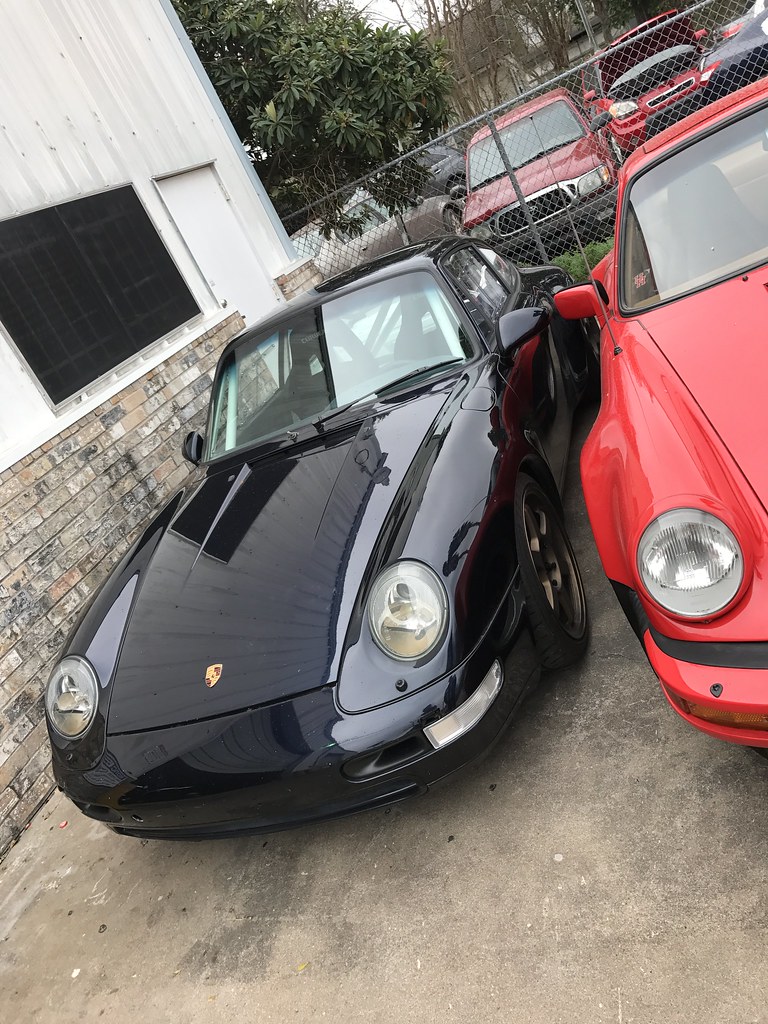 After stopping for some Chick-Fil-A, we went to visit our friend Harris at his chosen place of employment- Modern Aircooled. The shop was filled with lots of Porsches and even a Ferrari, all of which I knew just about nothing about. But in any case, it was fun to roam around the shop and check out the 1995 993 that Harris had just recently purchased. He bought it in a fairly rough and incomplete state, but he has been doing a great job bringing it back to life. I got a chance to ride in the car later in the weekend and it was a real treat. The car features a pretty wild roll cage, completely stripped interior, lexan side windows, a rebuilt motor with cams, KW coilovers, and my favorite part- the Porsche PCD Volk Racing TE37s. I’m far from a Porsche fanatic and really don’t know much about them at all, but I love this thing! Great job Harris. 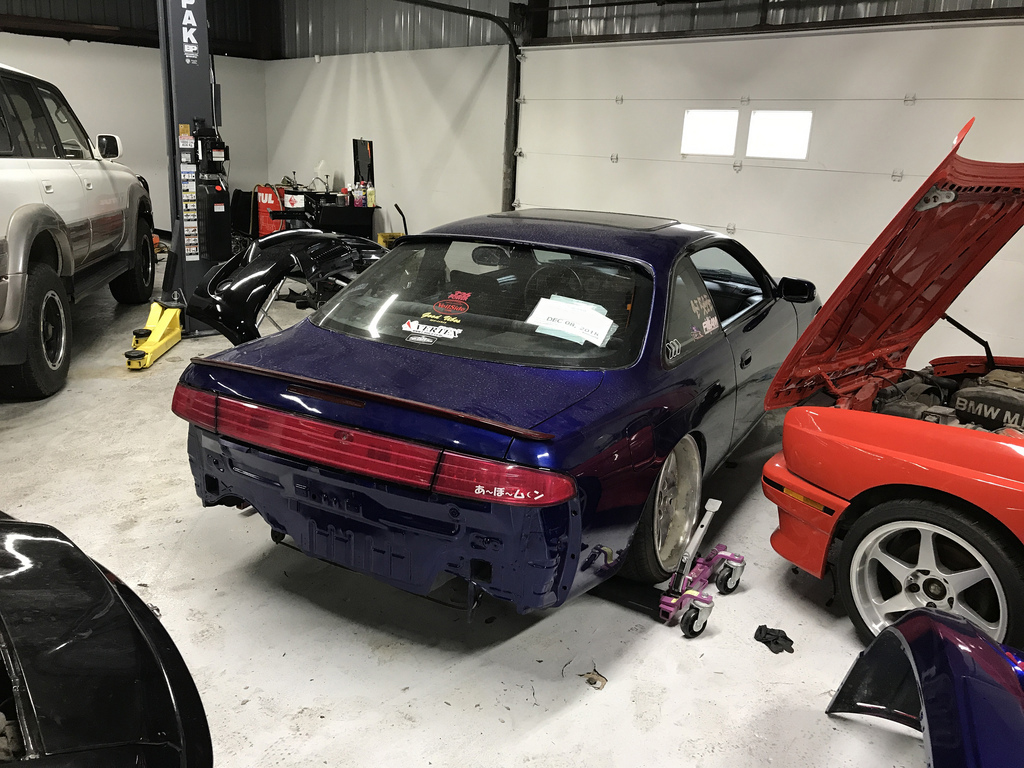 Our next stop was to see some of the guys from FatCats at EMG, their BMW tuning and maintenance shop. I believe Mike and Josh started the business about a year or so ago and seem to be doing very well which is awesome to see as they are great guys. Mike’s S14 drift car was hanging around the shop waiting for a replacement SR20 after it popped at an event a couple months back. It was cool to check it out as the car is home to my former bride carbon kevlar Zeig II- I miss that thing! Super comfy seat. 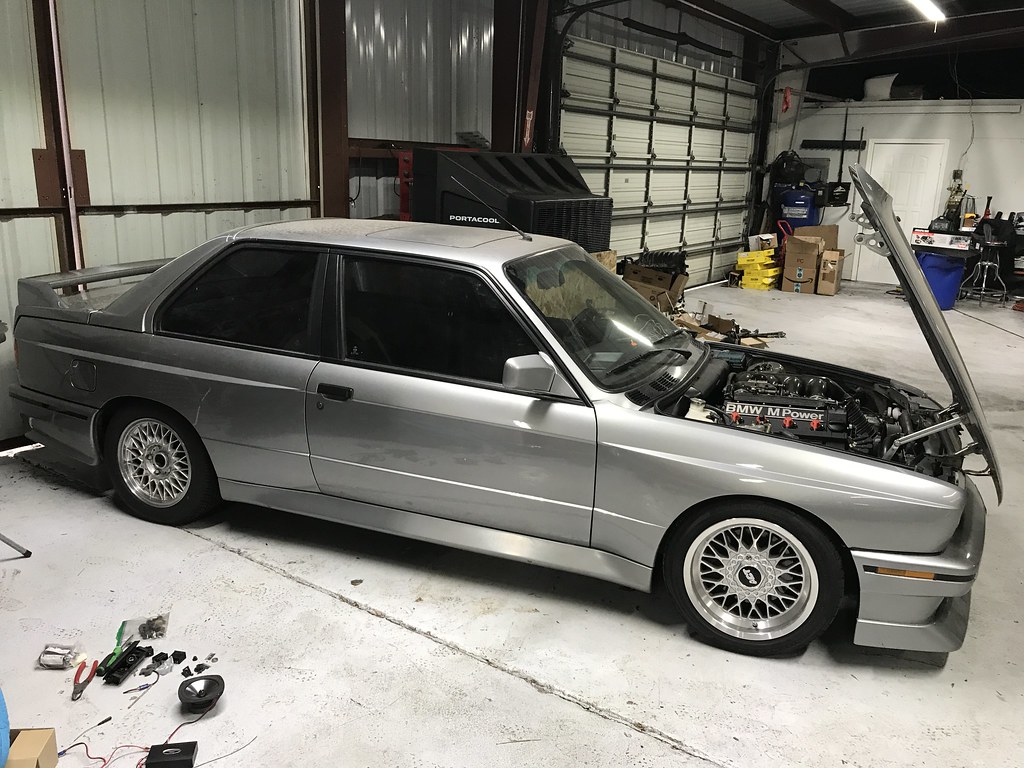 I believe we spent the rest of the day hanging out with various people, eating delicious food, and watching video game streaming on Twitch. Jimmy and Harris are avid gamer nerds and love this stuff, so it was interesting for me to step into that world a bit. I used to be fairly into video games when I was younger, but I haven’t been able to keep up with much of anything going on in the last ten years or so. Typical dad move. 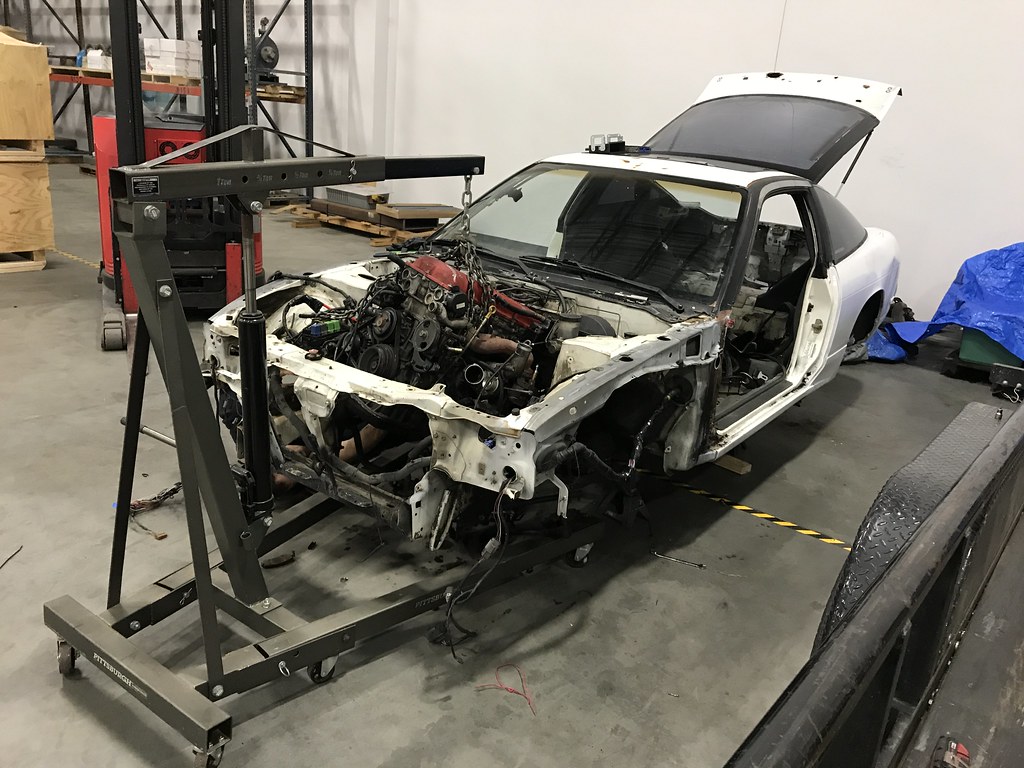 On Saturday morning, I headed over to the shop with Jimmy and Harris. Jimmy has been parting out S13s for the last year or so as the opportunity pops up. This is part of what inspired me to purchase and part out the donor coupe I had recently. It’s a ton of fun to take a car apart knowing you don’t need to put it back together. We have been joking about ripping a car apart on one of my visits for a while, so I had a lot of fun helping him remove the SR20 swap, chassis harness, and other items from the rusty shell before it was scrapped. I’m sure most people wouldn’t want to spend their vacation working on S13s, but man- it sure was a lot of fun.

We kept things fairly low key on Saturday night and hung out at Jimmy’s house with some good friends including Justin and Andrew of ~Essence~ Garage fame. Our friend Kev was also with us for most of the weekend. We made sure to eat dinner nice and early on Saturday afternoon to ensure that we had room for some Taco Bell and Baja Blast around 10 PM. I don’t drink alcohol, so I essentially go wild with eating terrible food instead when I am on vacation. Too much fun. 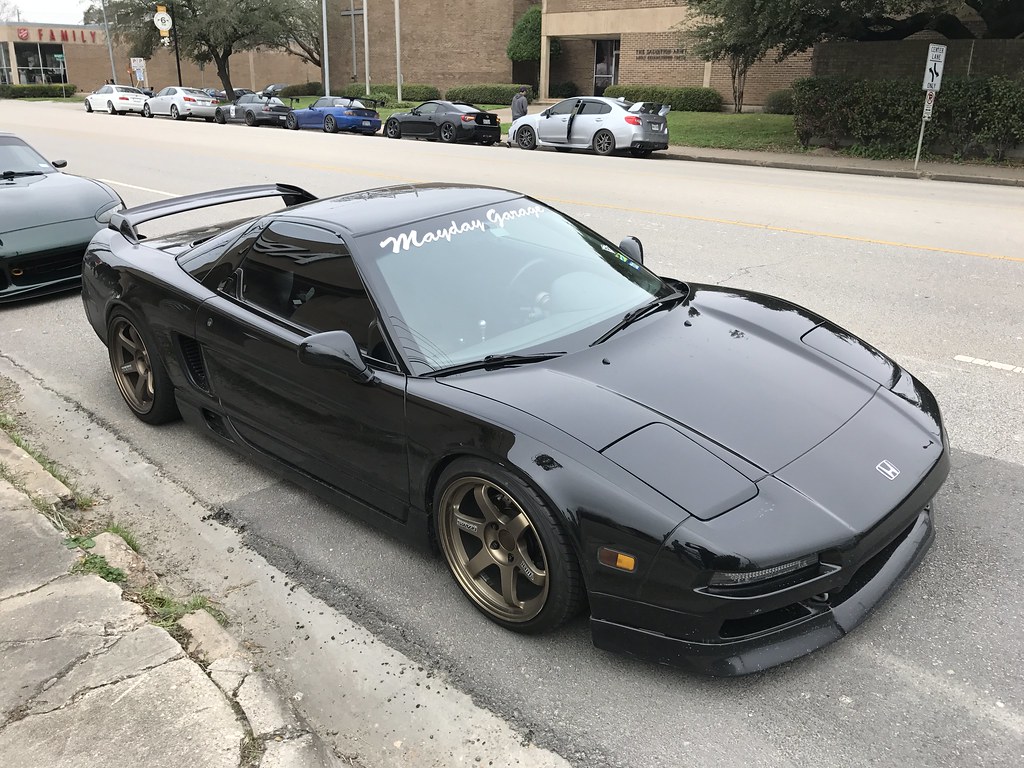 On Sunday morning, we woke up and decided to attend the Coffee and Rice event at Catalina Coffee. This is a local “Cars and Coffee” type event that happens every Sunday organized by the infamous John P of MayDay Garage fame. I was able to meet John a couple years back on my first trip to Houston which was really cool for me since I had been following their content for years and years. John has a really nice NSX on bronze TE37s that I was fortunate enough to see once again in person at the meet. 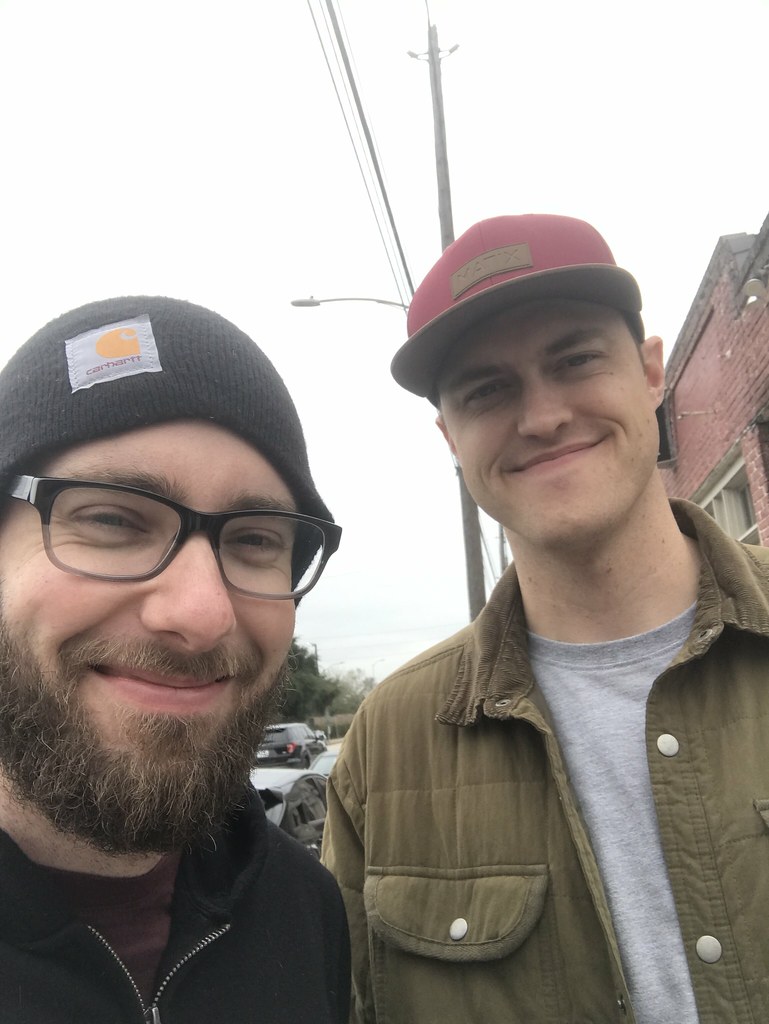 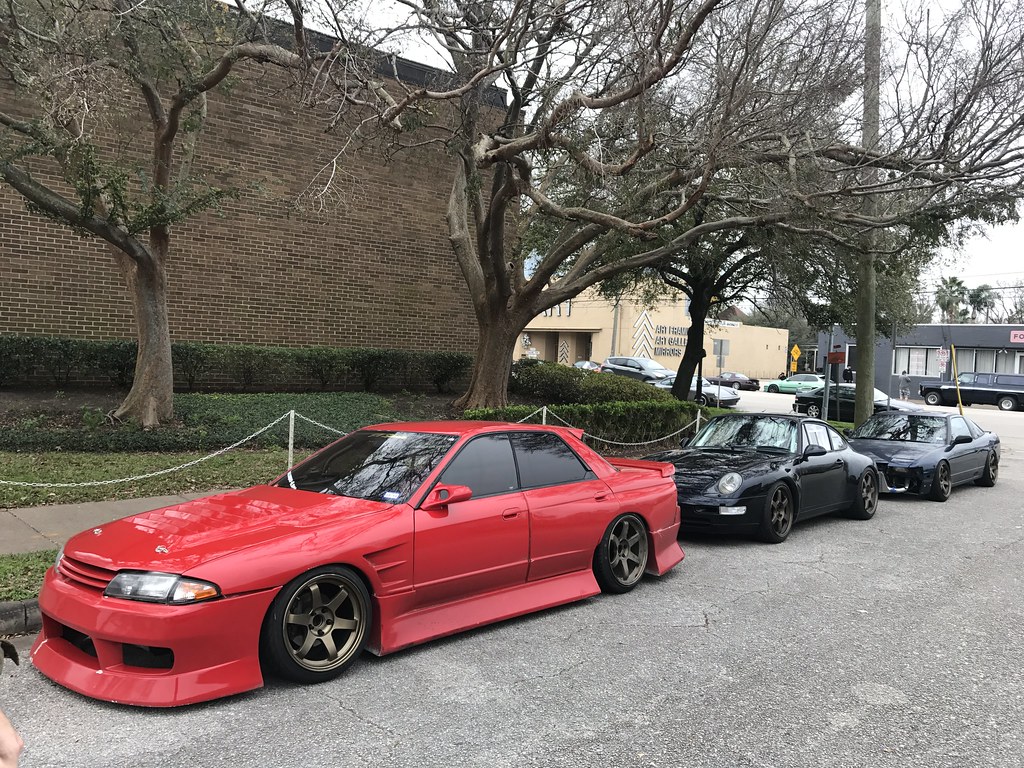 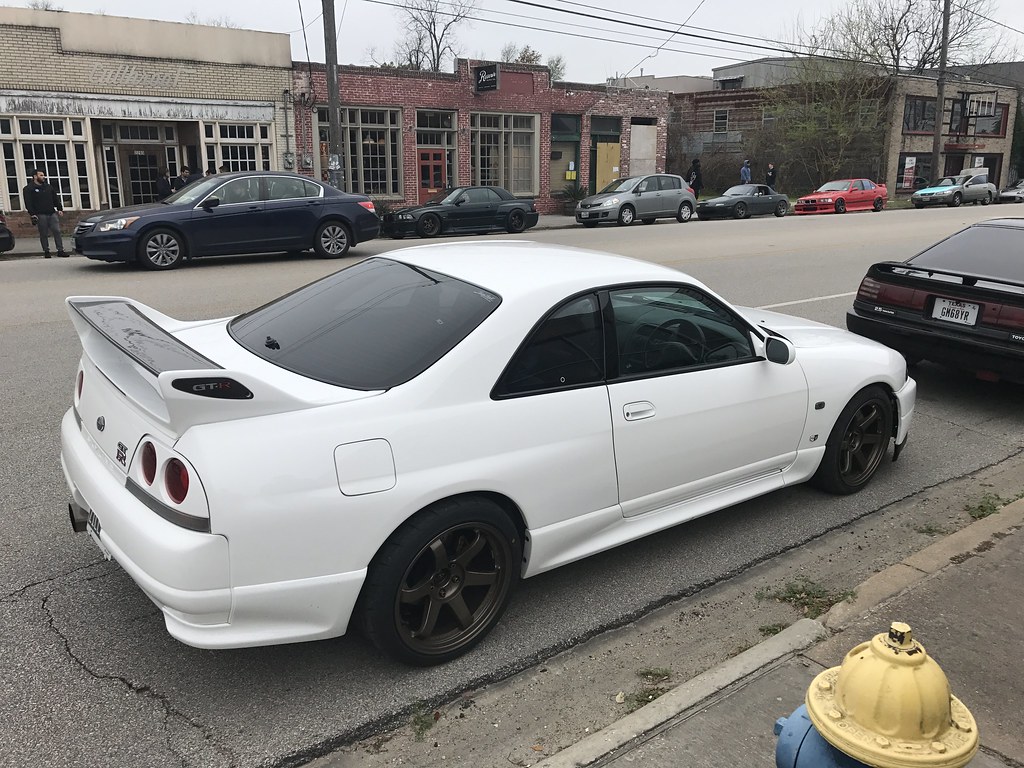 Speaking of Bronze TEs, the trio we rolled in included Jimmy’s R32, Harris’ 993, and Kev’s recently S14 SR20 swapped S13- all of which had Bronze TE37s. It definitely made me miss my bronze set, but I don’t think I will be able to let go of my silver ones any time soon. Perhaps I can eventually get some for the PS13. 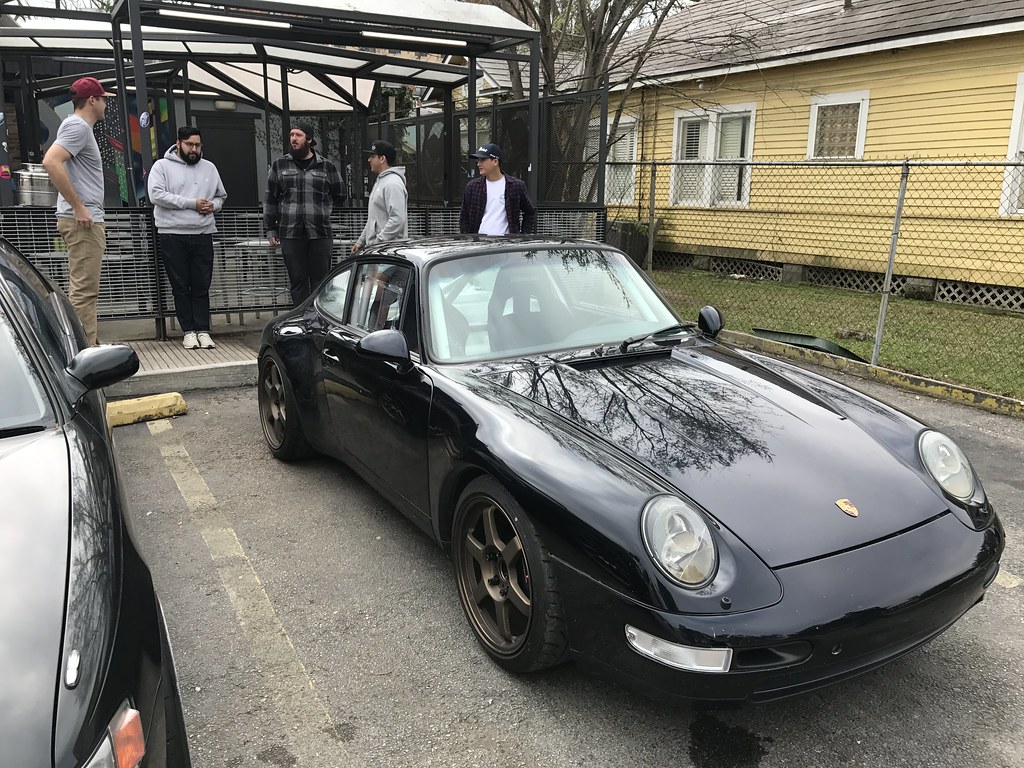 After the meet, a bunch of us all headed over to The Rice Box for some delicious eats. Rice Box is a restaurant owned by John P of MayDay Garage. They currently have two locations in Houston with a third set to open next month I believe. The food is always amazing so I make it a priority to get there and support John every time I am in town. A great lineup of cars and people were present, including a gentleman named Alan that I have been talking to recently on Instagram. Alan is a former S13 owner that takes some really amazing photos and is a big supporter of the site- it was great to meet you sir! 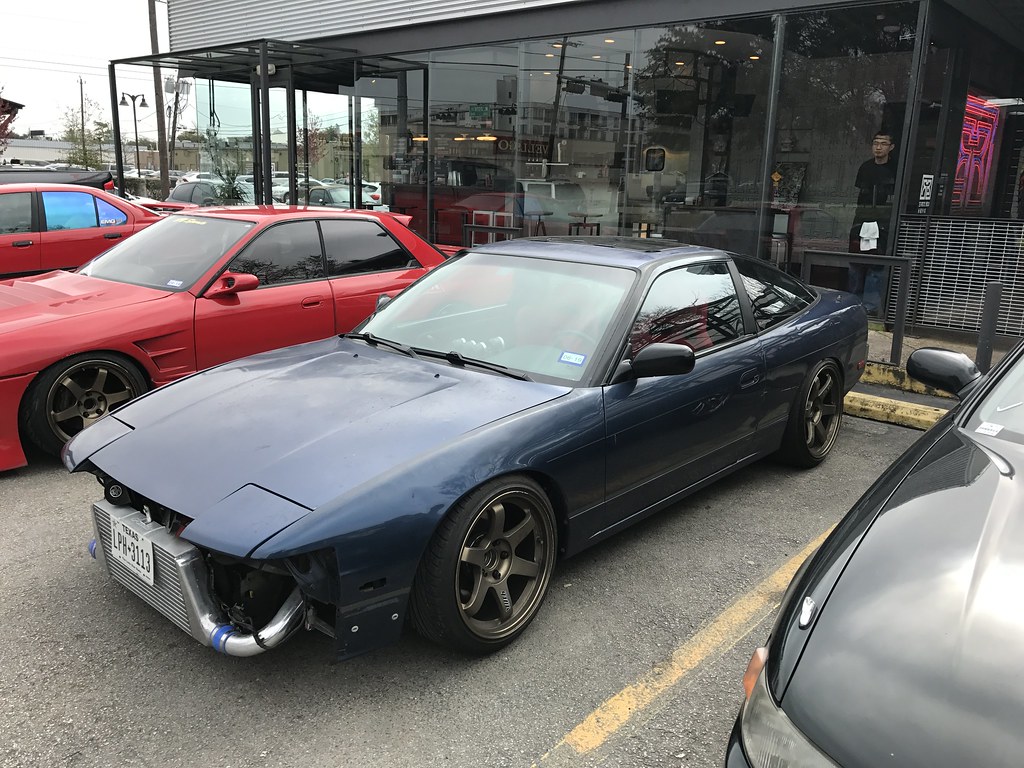 Kev’s car is coming along rather nicely after all of the hard work he has been putting into it. It was great to see it again and go for a spin! 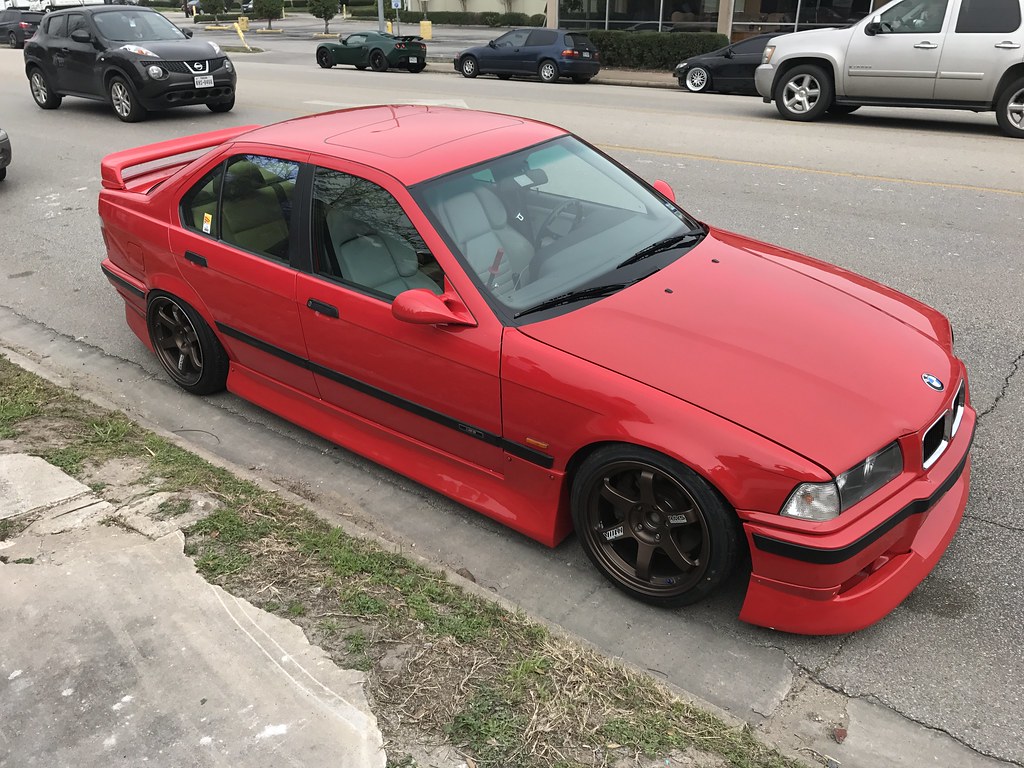 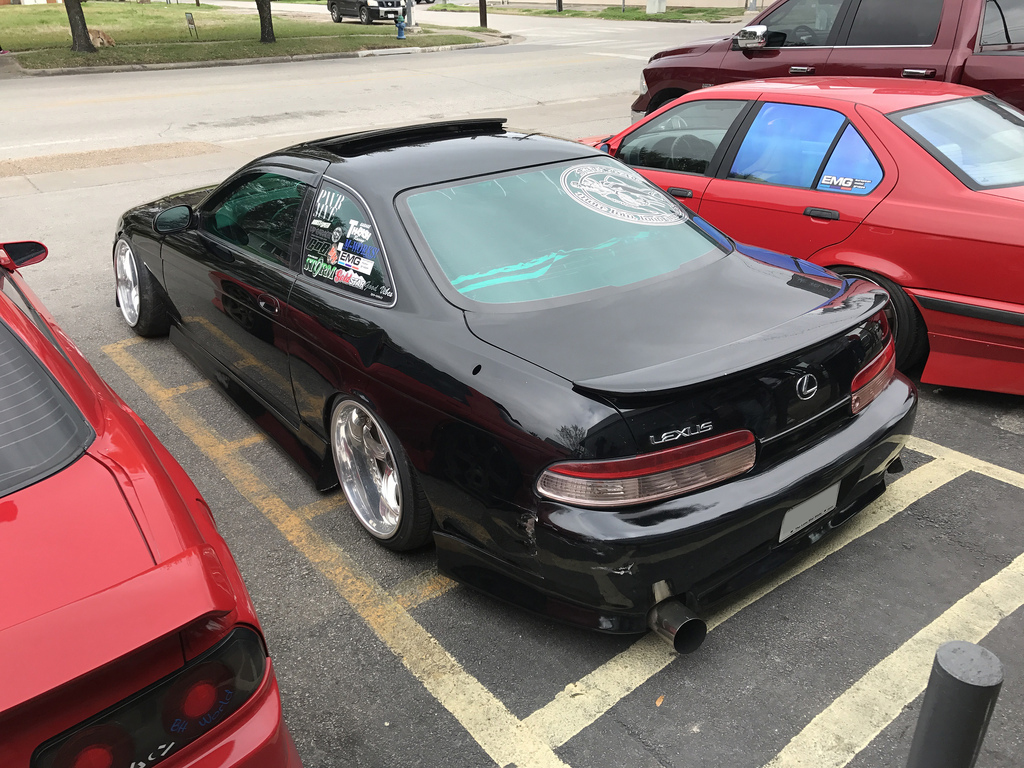 KC and Triggs were also in attendance with their beautiful cars- super cool. 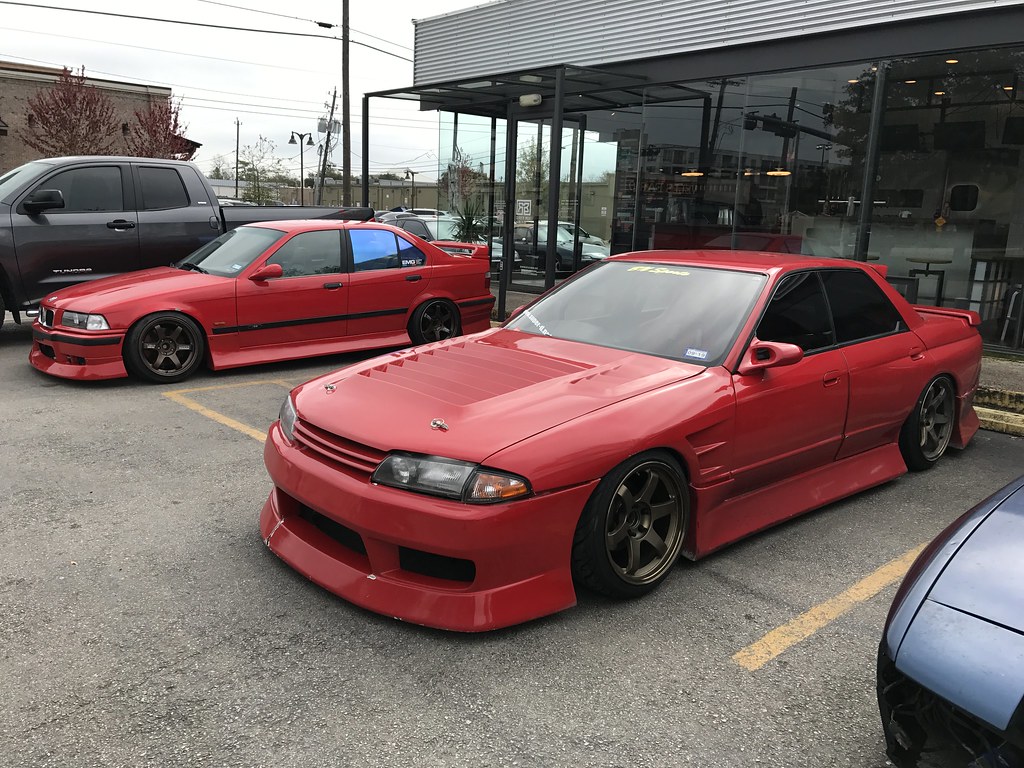 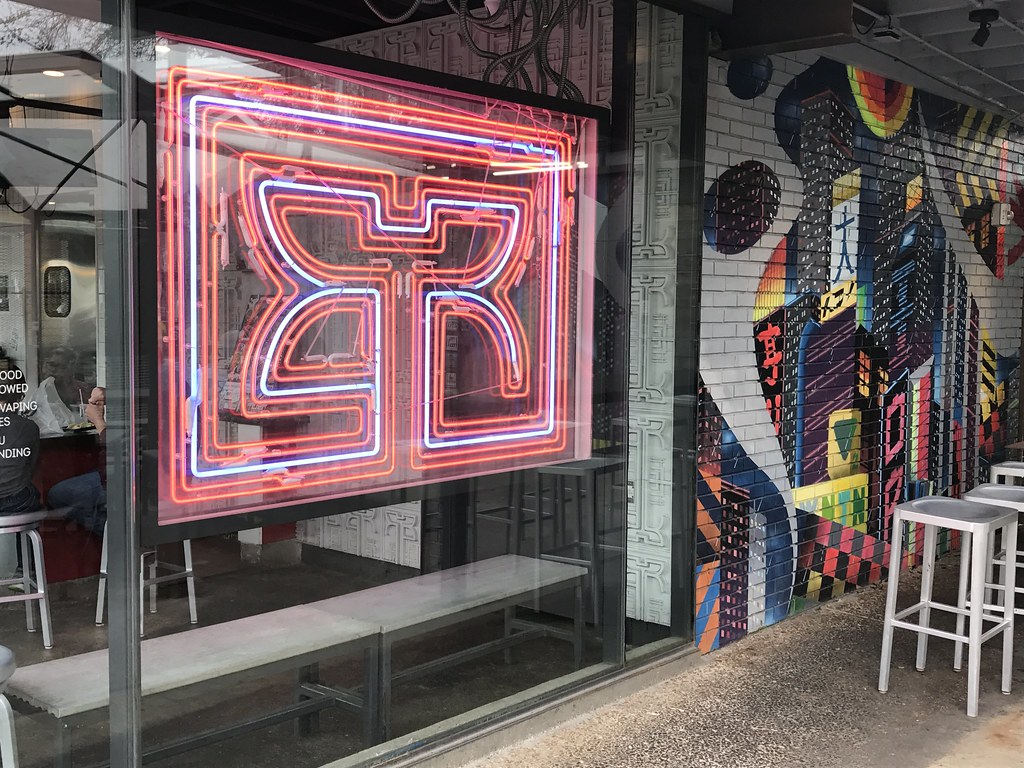 After hanging out for a few more hours, it was sadly time to say my goodbyes and return to snowy Michigan. I am very thankful for Jimmy and all of the amazing friends I have made down in Houston- all thanks to tinkering with these silly cars. It’s funny how these things work out sometimes. I wouldn’t trade the experiences and friends I have made from a mutual interest in junky old Nissans for the world! 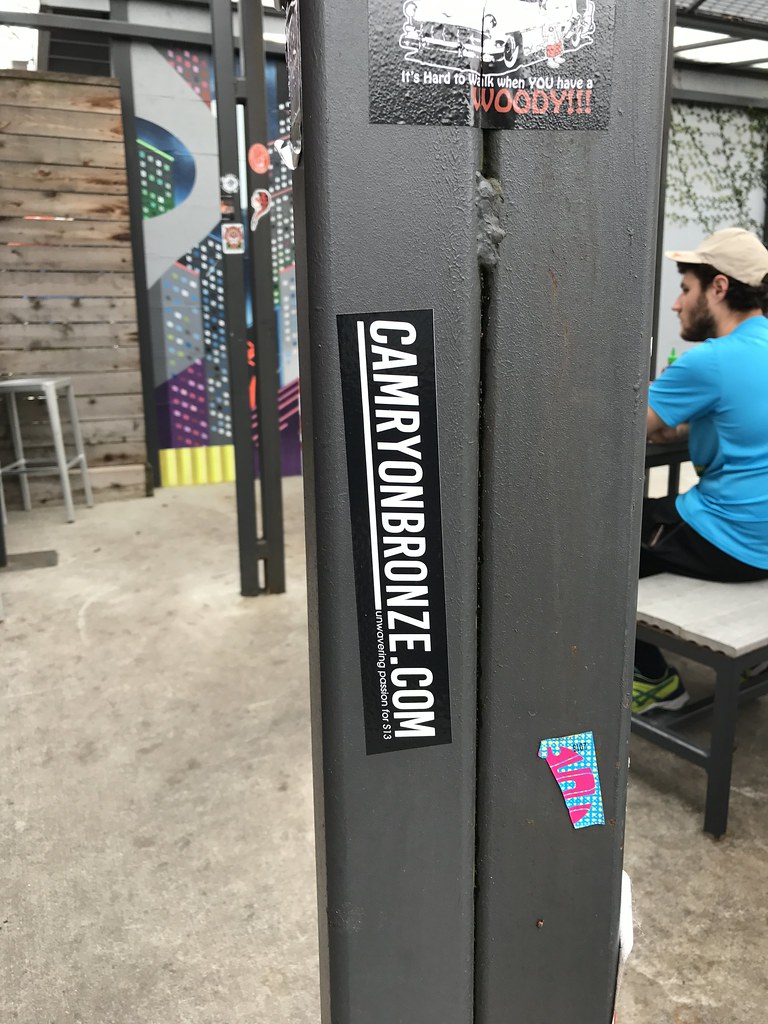 Speaking of junky old Nissans, I am hoping to return to the garage a bit this weekend to get some work done on the SR20 for the PS13. I’ll share an update on that very soon.

Thanks for reading and have a great weekend!

PS- I’ve added some new items to the store page- be sure to check it out! Thank you for the support.