I don’t have a ton of time this week to provide an update, but I’ve been experiencing the typical ups and downs that come with the hobby as of late. I shared a bit about this on my Instagram account this week and had some really cool discussion with lots of different people about it. I think questioning whether or not to continue dumping money and time into these cars is something that many of us struggle with but rarely discuss. I guess it comes with the territory- especially now that I am getting a bit older.

In any case, I haven’t spent much time in the garage at all lately. The weather has been up and down a lot and can’t seem to make up its mind which I don’t think has been helping much with motivation. The good thing is I am not really in a rush in any way- and I need to remind myself of that. I’ll probably work on the coupe’s engine a bit more next week if I am feeling up for it.

A couple of items arrived for the cars from Japan this past week. Here’s a quick rundown of what showed up: 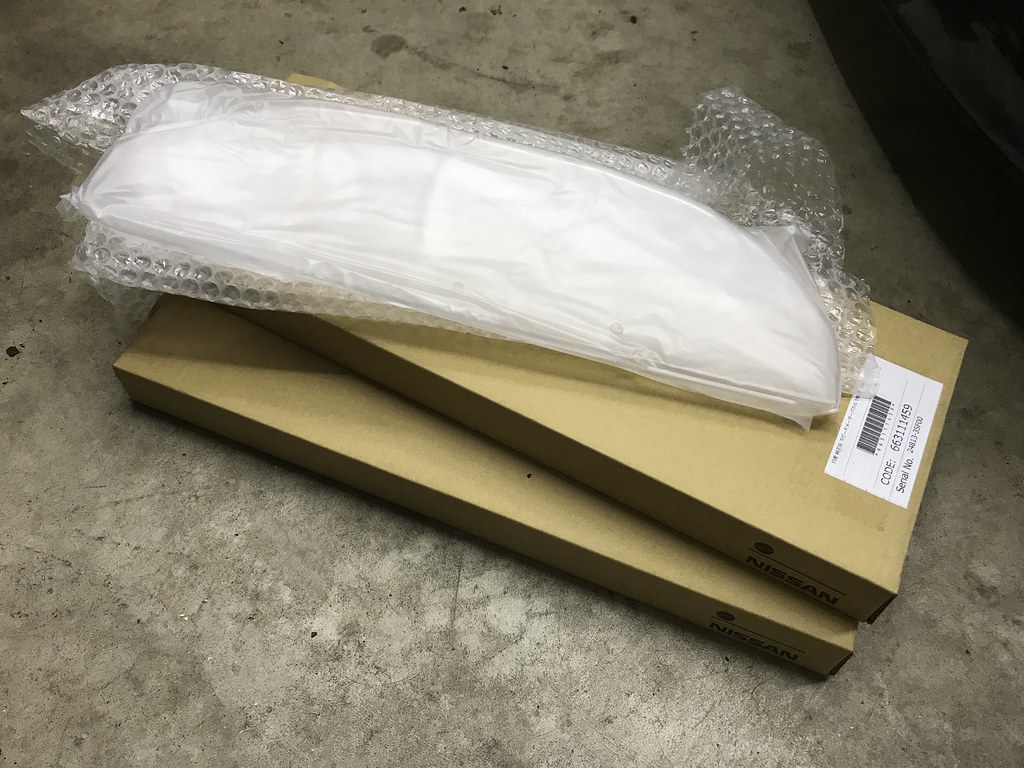 I was excited to find some new old stock from a seller in Japan- S13 gauge cluster plastic covers. Most of the plastic covers on S13 gauge clusters are very hazy and covered in swirl marks at this point being that they are all 26+ years old. While I have seen great results with people polishing them, I thought it would be cool to replace mine entirely as they were pretty affordable. I was able to snag two of them- one for each car. 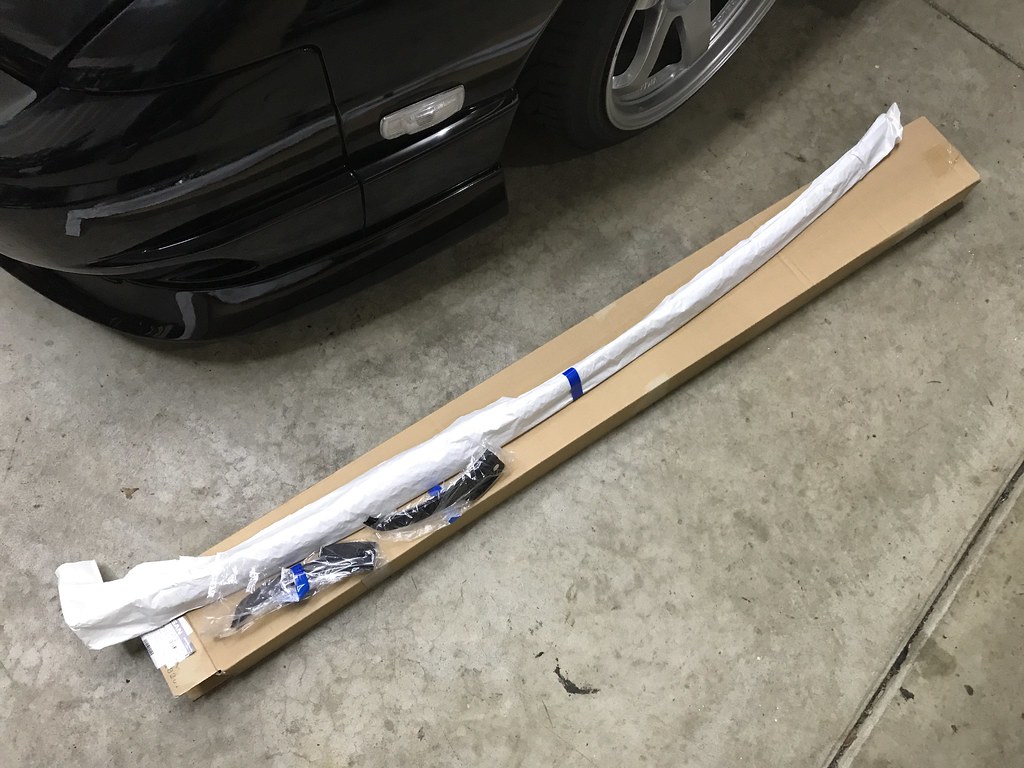 The next order of business was securing some of the exterior restoration items for the coupe that have been discontinued here in the states- much like I have done for my hatch. These items will eventually come in handy when I am able to paint and restore both vehicles at some point in the future. The first item I secured was the rear window molding set. Unfortunately one item from the kit was missing upon arrival, so I am currently working to secure a replacement from the seller. Fingers crossed, but worst case the piece missing is still available stateside- so that’s a relief. 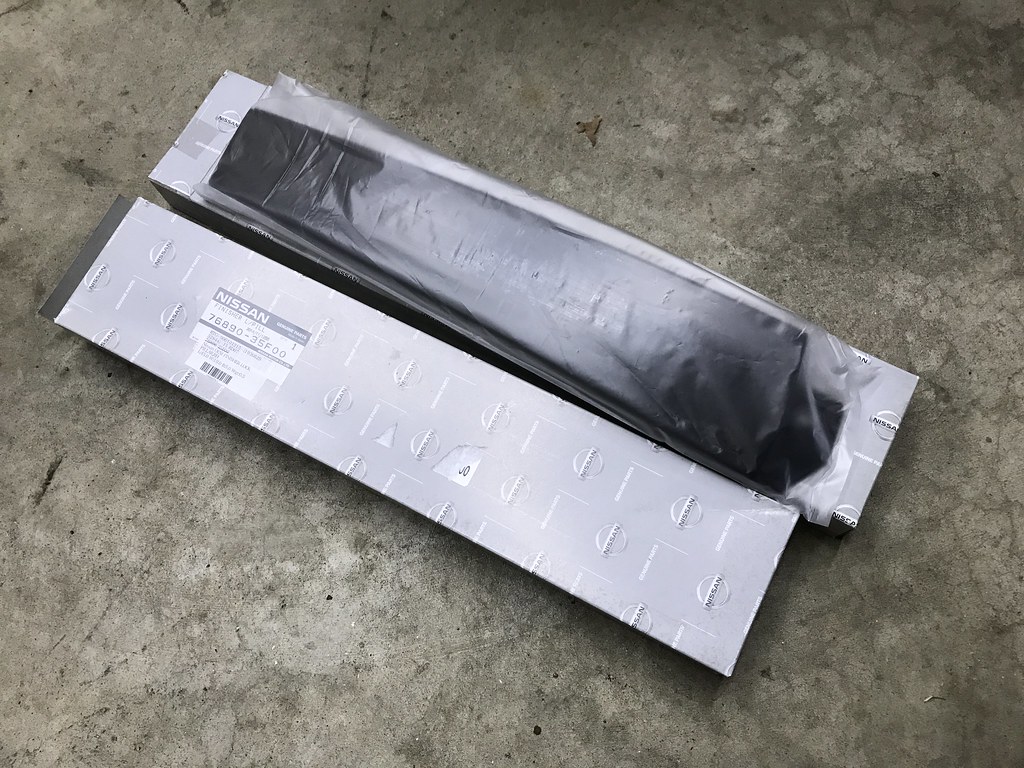 I also picked up another pair of B pillar plastics for the exterior of the car. I really wanted to get some new weather strip retainers for the coupe like I did for the hatch, but those have been discontinued sadly- along with the quarter glass. It’s unfortunate I can’t replace those items, but hopefully I can get them looking presentable enough with some SEM paint. These B pillars are great to have though- it’s crazy how glossy they are when new. 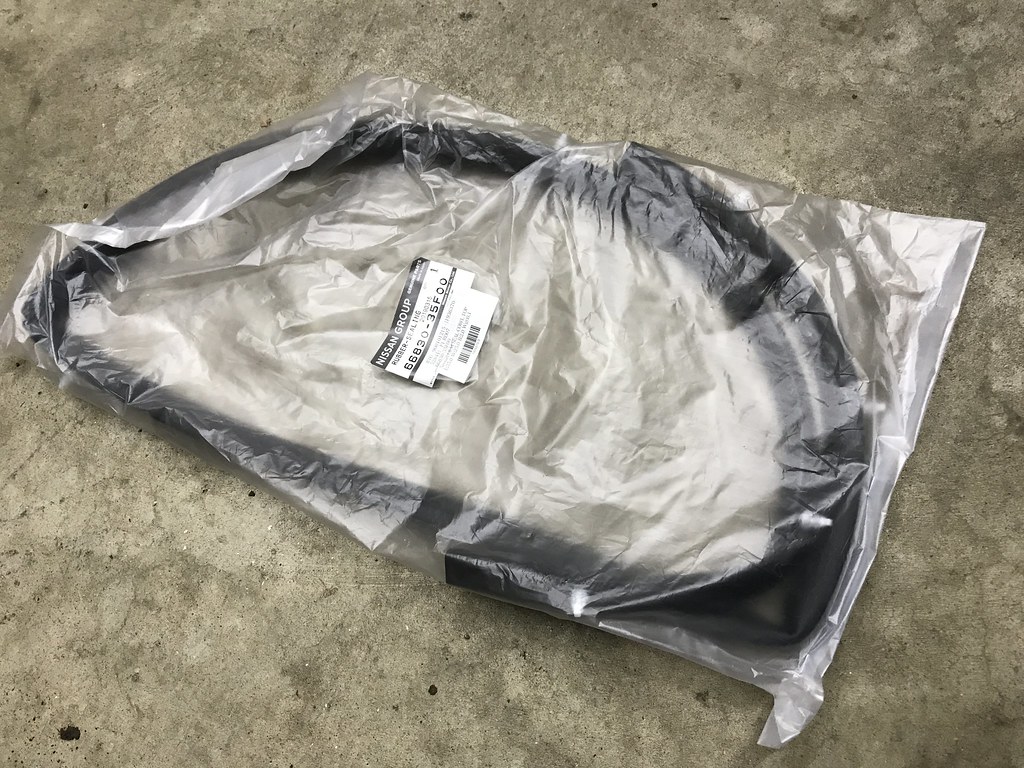 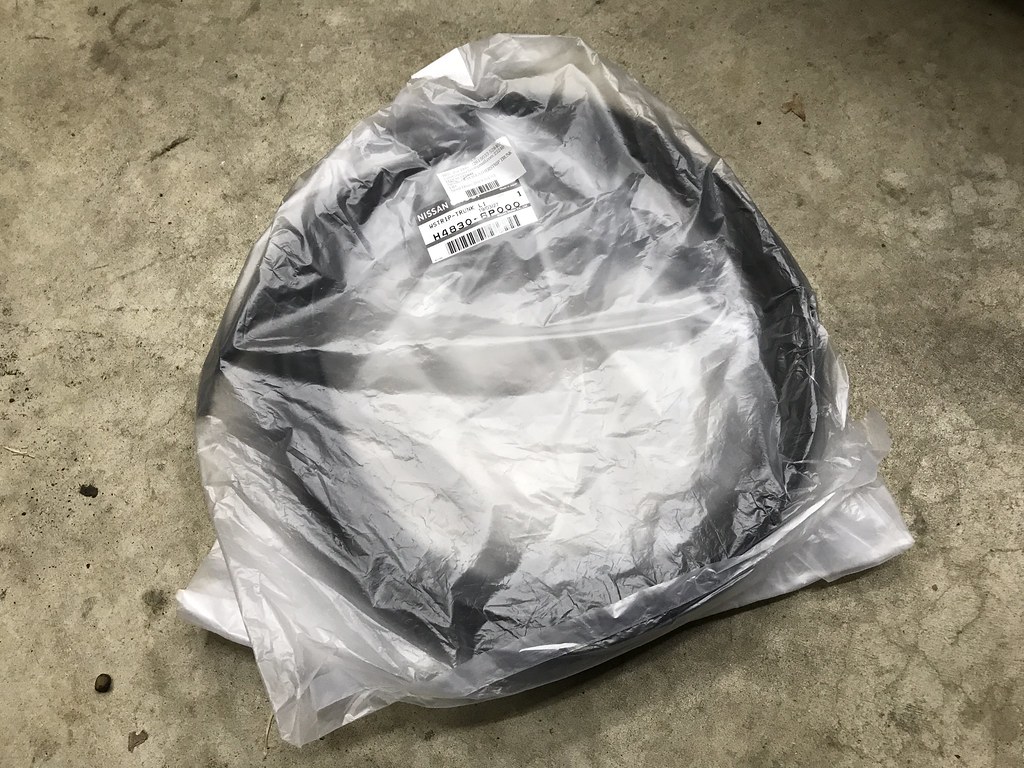 I began the quest for new weather stripping as well by picking up the seal for the trunk. This one has also been discontinued in the states so I wanted to get a hold of it before they’re gone. 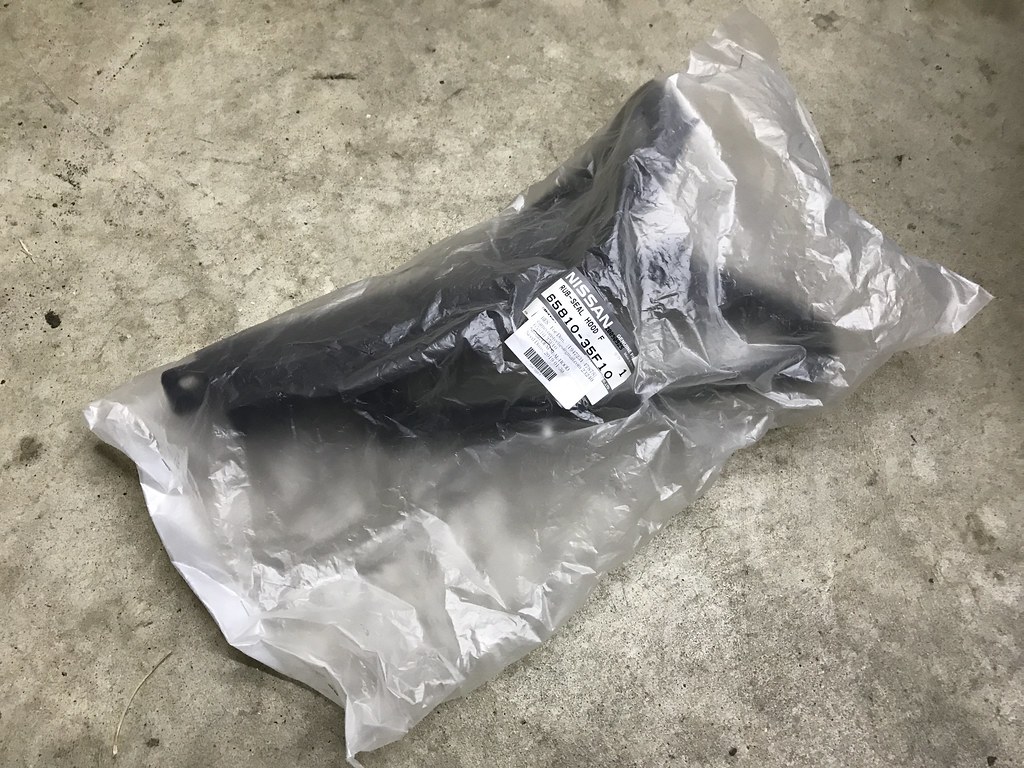 Moving into the engine bay, I picked up a new cowl seal and a front hood seal for the Silvia hood. The cowl seal is still available in the states, but was quite a bit cheaper from overseas. 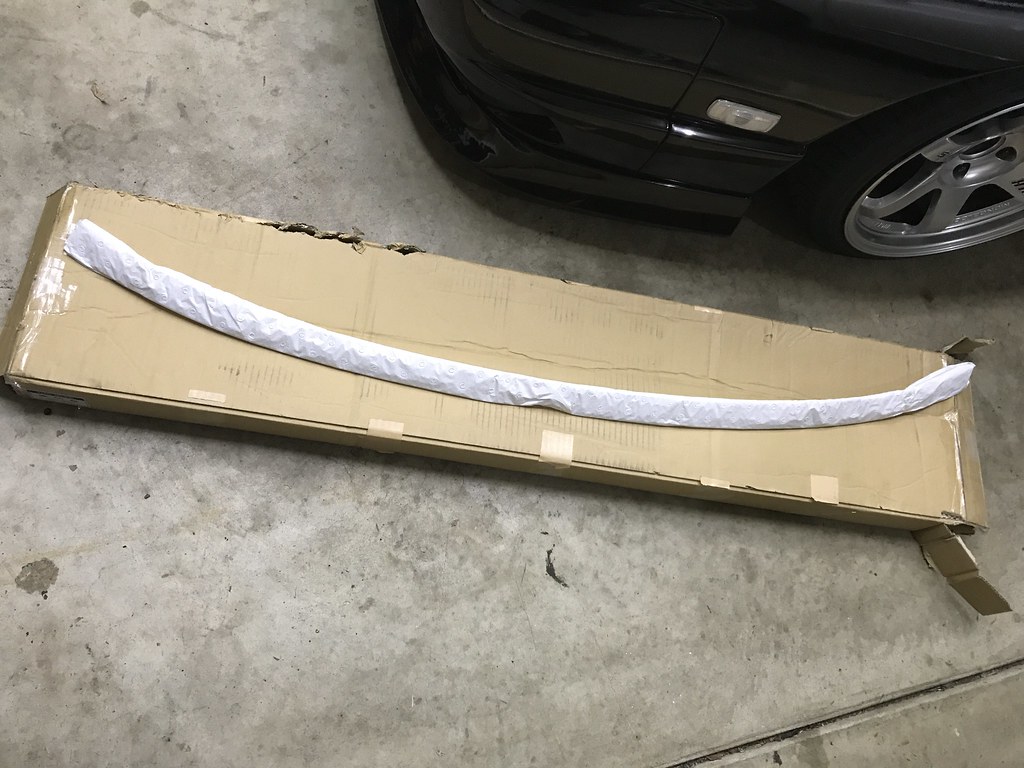 Finally, I elected to replace the large metal trim piece between the windshield and the wiper cowl much like I did for my hatch. While this piece can easily be painted, it does have a small rubber seal that runs along the top of it. I was pleased to find it was still available from Japan and priced pretty fairly. Should be a nice addition when they are installed someday.

For whatever reason I’ve chosen to primarily focus on the interior and exterior of the coupe as of late. I’m feeling pretty good about both areas at this point- neither is complete from a parts list standpoint, but they’re maybe about 80% complete. I have the complete Silvia front end and OEM aero setup for the car and a good start on moldings and weather stripping. I still need those items for the doors and windshield, but after that I should have the exterior complete (aside from painting it someday of course, but that is a long ways off.) I’ll likely continue on with the interior next and try to get that as complete as possible before attempting to get the car running. All of this in due time though- like I said, there’s really no rush.

Thanks as always for stopping by. Have a great Easter weekend.