Posted on April 1, 2020 by camryonbronze

I’m a little behind on last Friday’s blog post, but I really wanted to take the time to get something posted here to document my accomplishments a little over a week after my most recent post. For whatever reason, all of the craziness surrounding the COVID-19 thing has made me desire a creative outlet and some time on my own to do some tinkering and problem-solving more than ever. I debated waiting until Friday to share this update, but at this point most of us don’t even know what day it is or what life will look like by the weeekend- so why not share it now?! 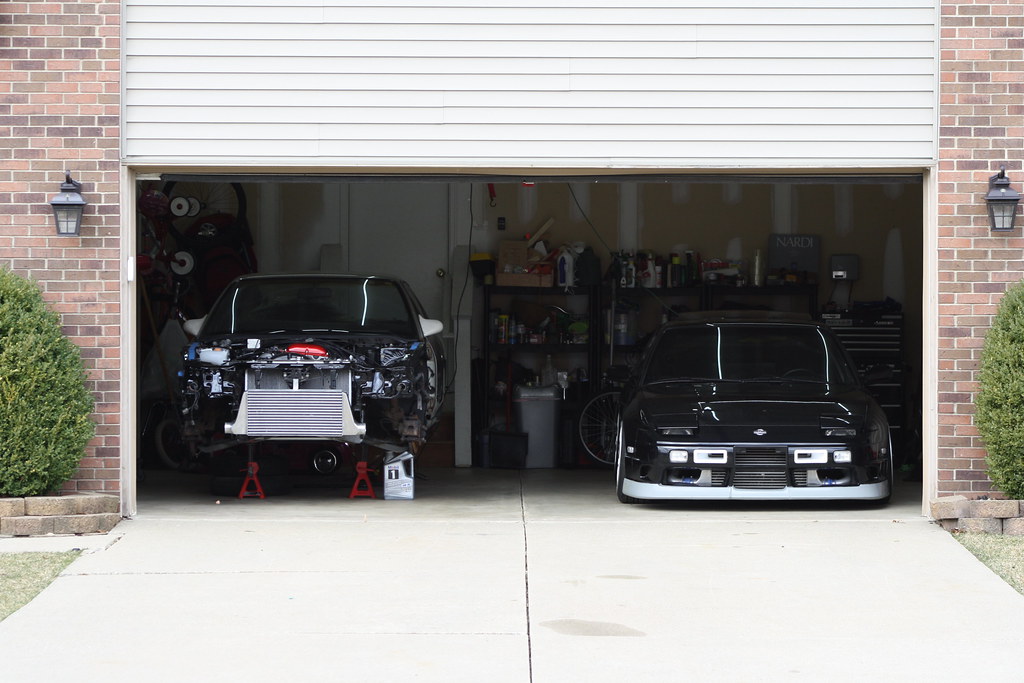 While the recent stay at home orders have given most people a ton more free time to tackle their projects, I can’t necessarily say that rings true for me. I still spend the same amount of time (arguably more since all of this happened) working during the week, I just do it from my home instead of the office. My wife is busy caring for all three of our kids during the day (since my older two daughters are currently out of school) instead of just one, so this adds a lot of craziness to both of our lives. We still have the dinner routine and play time in the evenings with them like usual, and though we don’t need to worry about packing lunches, the typical tasks that come with taking care of a house full of little girls have not gone anywhere. 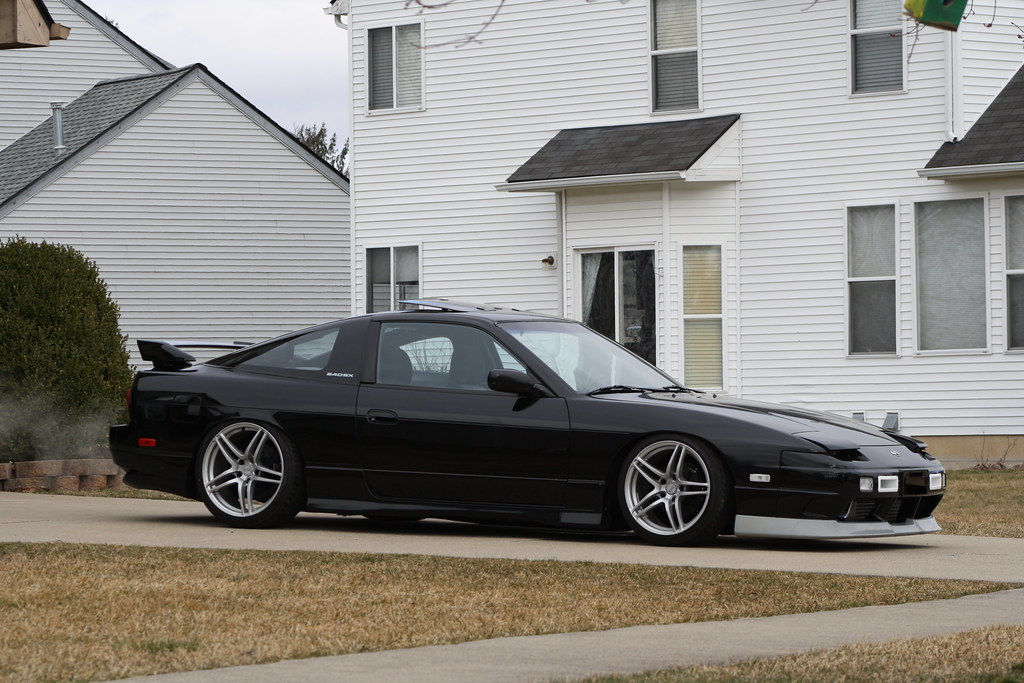 This usually leaves me with roughly 3 hours every evening to myself. But wait- that also needs to include spending some quality time with my wife. So yeah, the amount of time I have at my disposal is largely the same as it was before all of this happens- but that doesn’t mean I can’t get some work done on the cars. 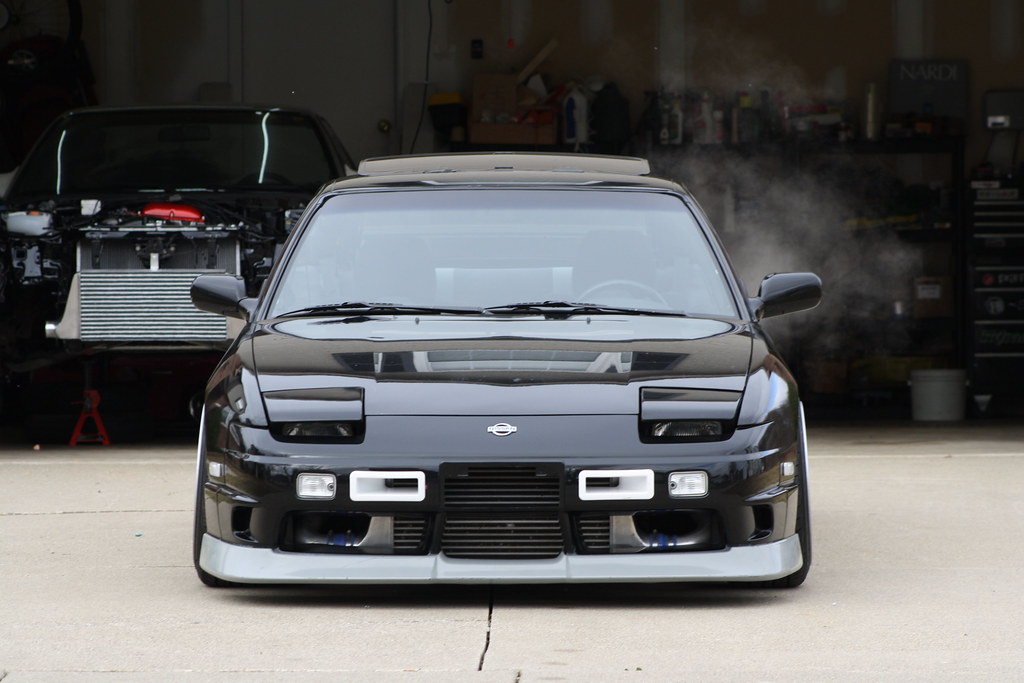 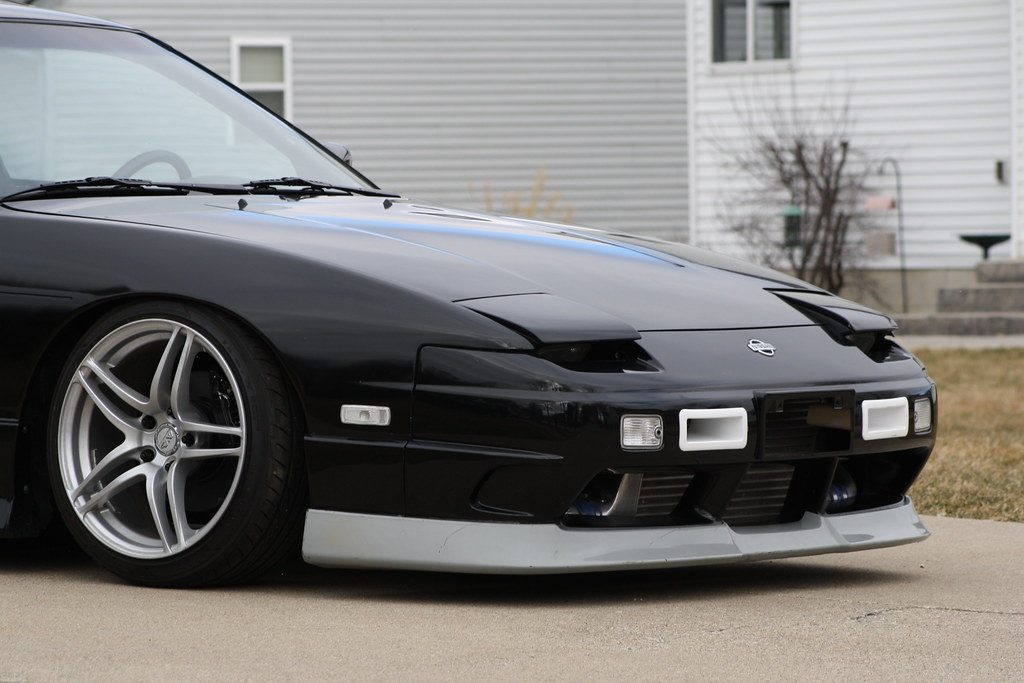 My wife and I alternated nights last week between hanging out together and spending some time on personal projects. Alicia wanted to contribute to everything going on by sewing some masks to donate to local hospitals and health care workers which I thought was very admirable. My free time was spent working on getting my coupe running- a much more selfish prospect, but I suppose it might bring joy to a few people other than myself in the process. 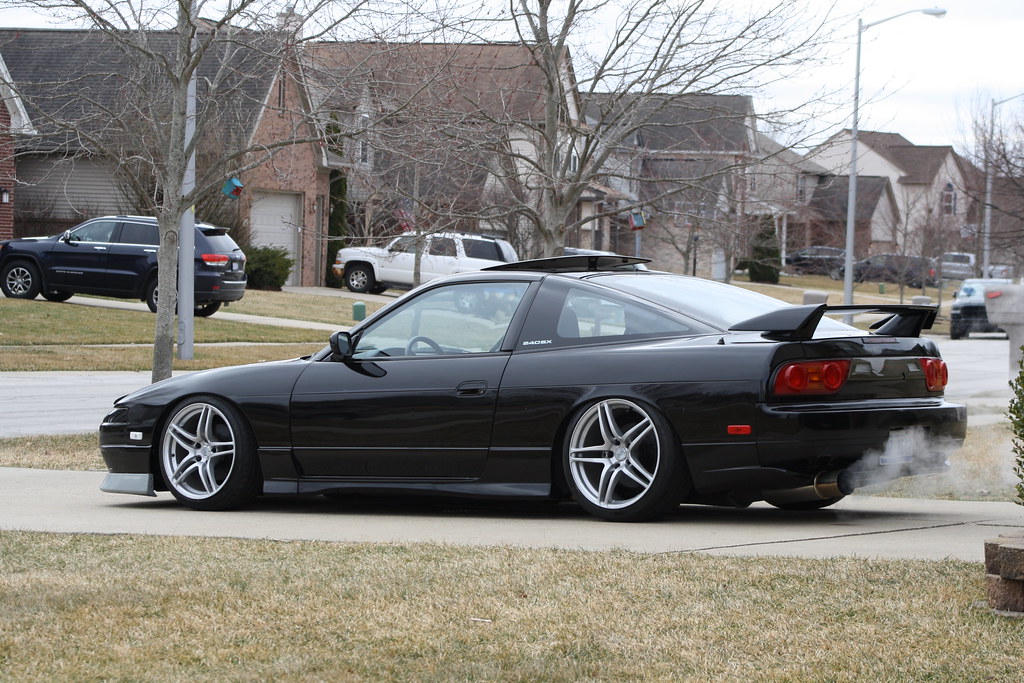 So let’s see… where did we leave off last. The day after I made my most recent post, I was finally able to pull the hatch out of the garage for some photos with the Model Vs, N1 ducts, and OEM front lip installed. I am really pleased with the look right now and how the photos turned out. You’ve probably seen most of them via Instagram at this point since I just haven’t had time for updating the blog, but here they are for your viewing pleasure. 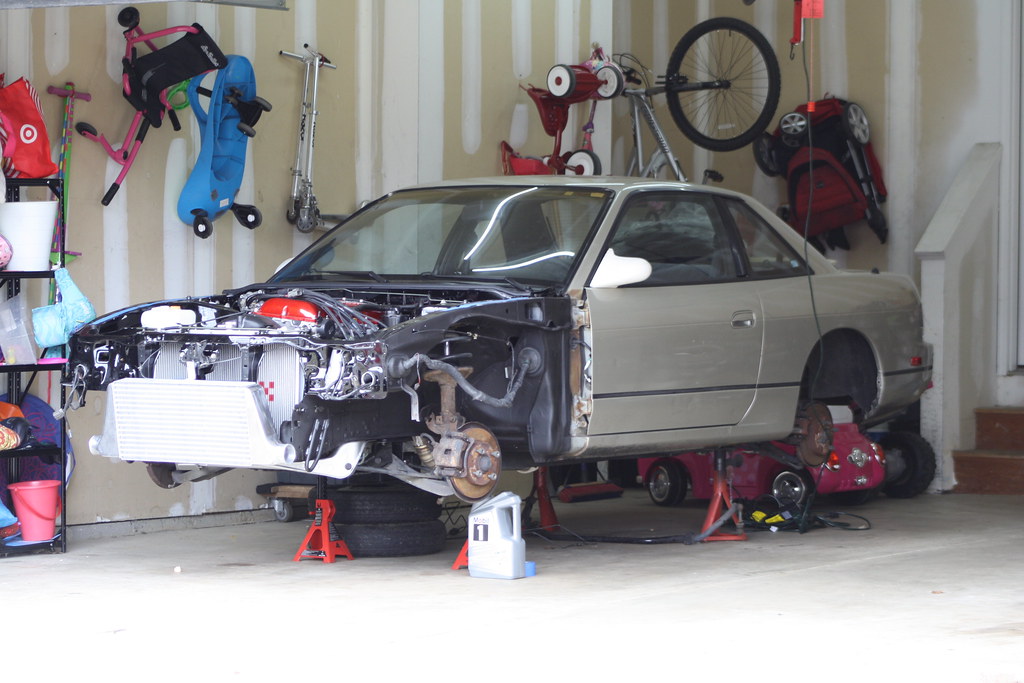 I couldn’t leave the coupe out, so I grabbed a few shots of that as well. It actually felt cool to get some shots of the two cars together. This was one of the first times that it started to sink in that I own two of these things. Even though the coupe is far from finished, it was a pretty cool feeling to experience. 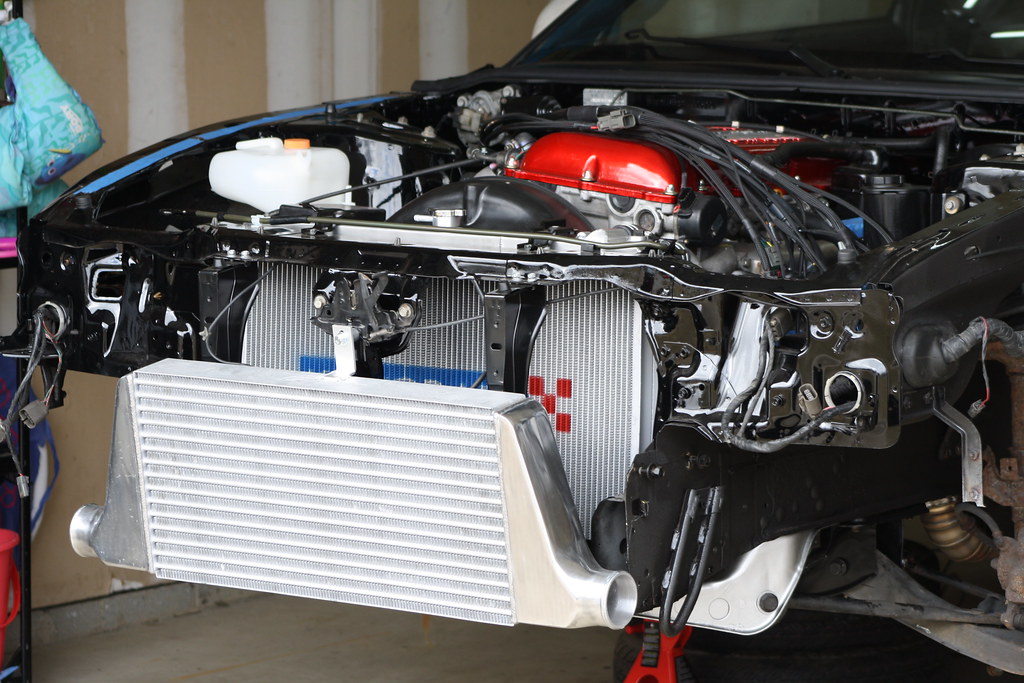 The first task I set out to complete on the coupe last week was installation of the intercooler piping. The TRUST GReddy Spec LS kit came with just about everything needed for installation aside from a hot pipe, which I purchased from Enjuku. Plan to run without a blow off valve on this car just like I do currently on my hatch- and actually use the same intercooler setup on that car as well. After some measuring via my painter’s tape trick I used on the hatch years ago, I ended up drilling the 2.5″ hole through the battery tray. I prefer to go with a bit larger of a hole just to give myself some room for error and ensure that everything fits safely the first time. 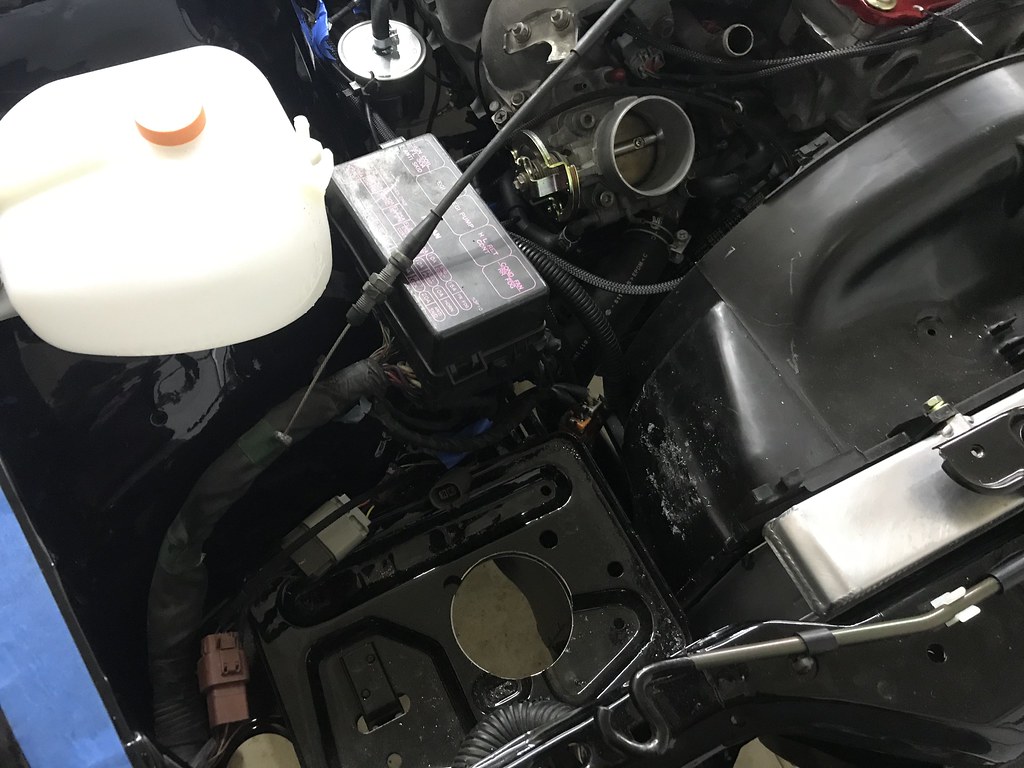 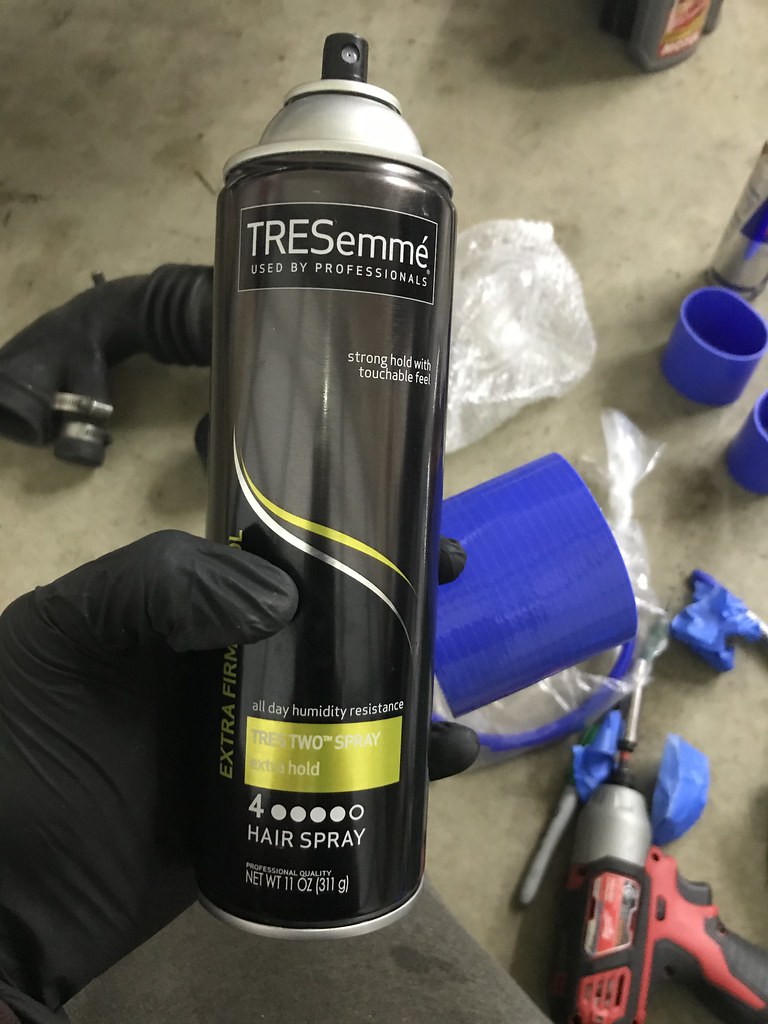 A neat trick a friend taught me many years ago: use hair spray on your intercooler couplers. It makes them easier to slide together and adjust, but dries tacky to keep them from popping off under boost. Plus it smells great…

With the intercooler setup in place, I filled the oil and coolant. I roughly tossed the power steering hoses together and added a little fluid for startup even though I am still waiting on the return hose and some clamps to finish that portion of the install. I also mocked up the intake pipe and filter from my hatch to prepare for the first startup. 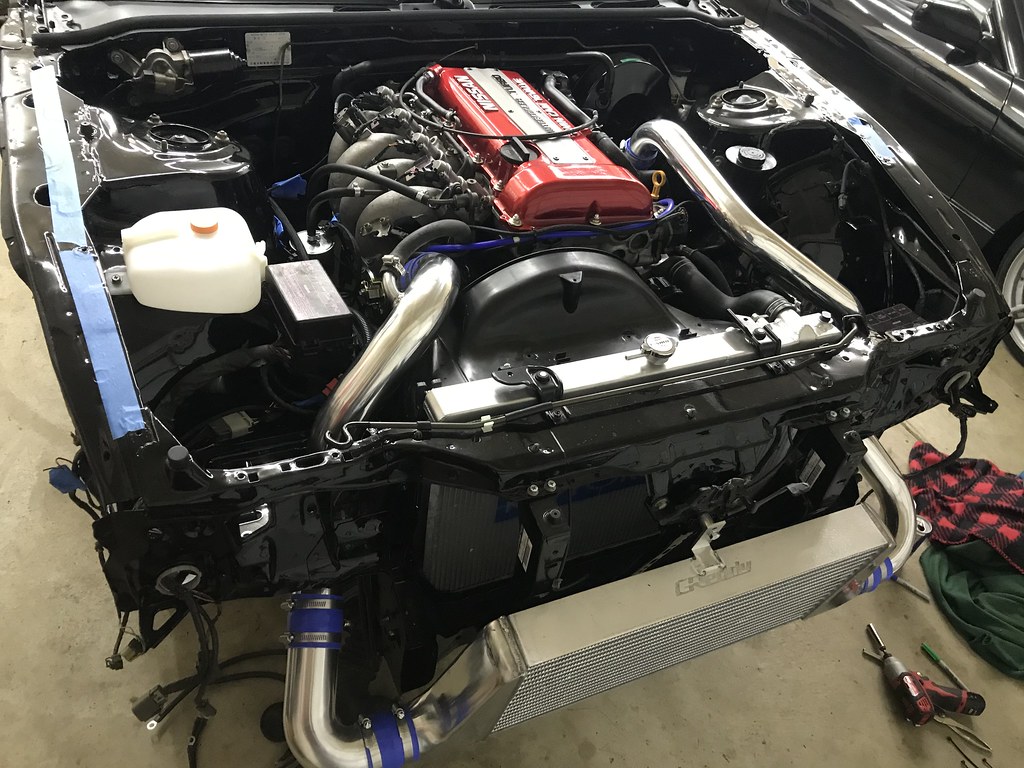 The next thing I did was complete the installation of my Wiring Specialties engine harness on the coupe. This is something I have done a few times in the past over the years on my hatch, but I ran into some issues this time around. After installing everything and attempting to connect the battery, I found that the negative cable would spark and make a clicking noise as soon as I tried to connect it. I later came to realize the car was actually trying to start as soon as it had battery power, even with the key out.

After some amazing diagnostic work from my friend Kev down in Houston, we found that I had mixed up three pairs of plugs on the harness that could all be connected together. The “jumper harness” that’s used to trick the ECU into thinking the car is always in park so that it will start was mistakenly plugged into the starter signal plug for the fuse box, so that is why the car was attempting to start. After Kevin helped me fix all of my connections, I was able to connect the battery and hear the all familiar door chime- which always feels like a huge accomplishment.

At this point the car would crank nicely, but the fuel pump was not priming. Last Friday, I applied power directly to the fuel pump (again with Kev’s great expert virtual support) and found that the pump was in fact working properly. Since my volt meter bit the dust a few months back and I have not yet bought a replacement, I made a crude test light out of an old side marker pigtail and some wire I had laying around. With the test light connected in the trunk, I had my daughter Hattie (who is always down to help) stand at the back of the car while I turned the key on to see if the pump was getting power. She confirmed that the light came on for a few seconds before turning off. Confused, we plugged the fuel sending unit back in, jiggled the wires, and went back to the front of the car to give it another shot.

To our delight, the fuel pump primed this time. After a few cranks to circulate the fuel, the car stumbled and fired right up before idling smoothly. I didn’t let it run for too long since I was watching the kids and the fumes were pretty bad without a cat or exhaust on the car, but it was enough to know that it’s now in running condition. Firing up your car for the first time is always a massive milestone and managed to put a huge smile on my face. To bring home an ugly, junky-looking beige rolling shell of a car without a drivetrain or interior with my wife, kids, friends, and neighbors giving me funny looks and manage to slowly turn it into an actual running, driving car feels amazing. There is still tons to do, but knowing the car runs is awesome! 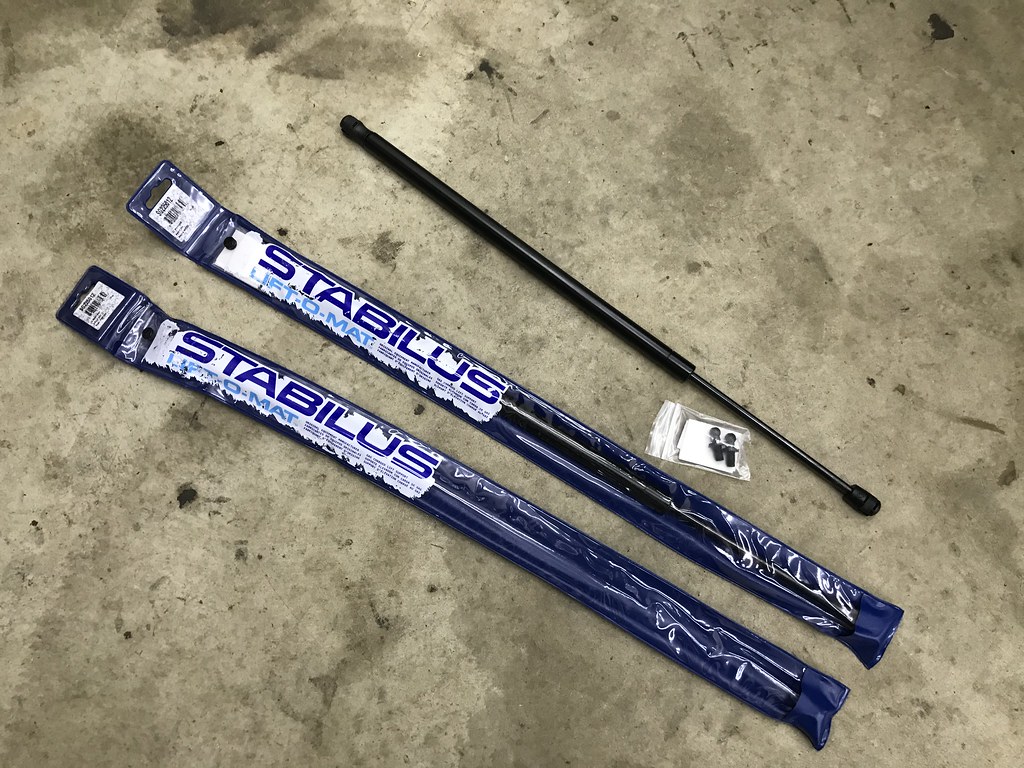 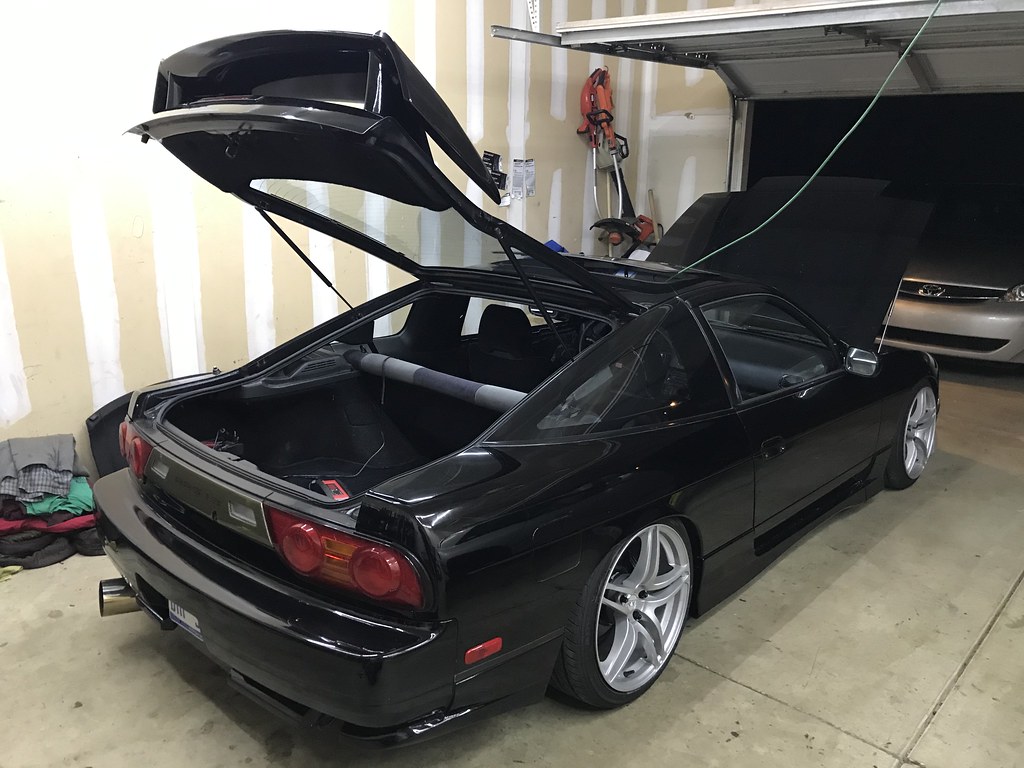 As for parts that arrived this past week, the first item I got a hold of is a pair of new hatch struts for the 180. My struts have been worn for years and it always made getting into the trunk a hassle, especially for Alicia on road trips. I wanted to source a pair of 180SX struts from Nissan since the 240SX ones are discontinued, but the price was just too much to stomach. I ended up grabbing some aftermarket ones from Rock Auto for about $12 a pop and the results are amazing. It’s so nice to have this taken care of! I wish I had done it sooner. 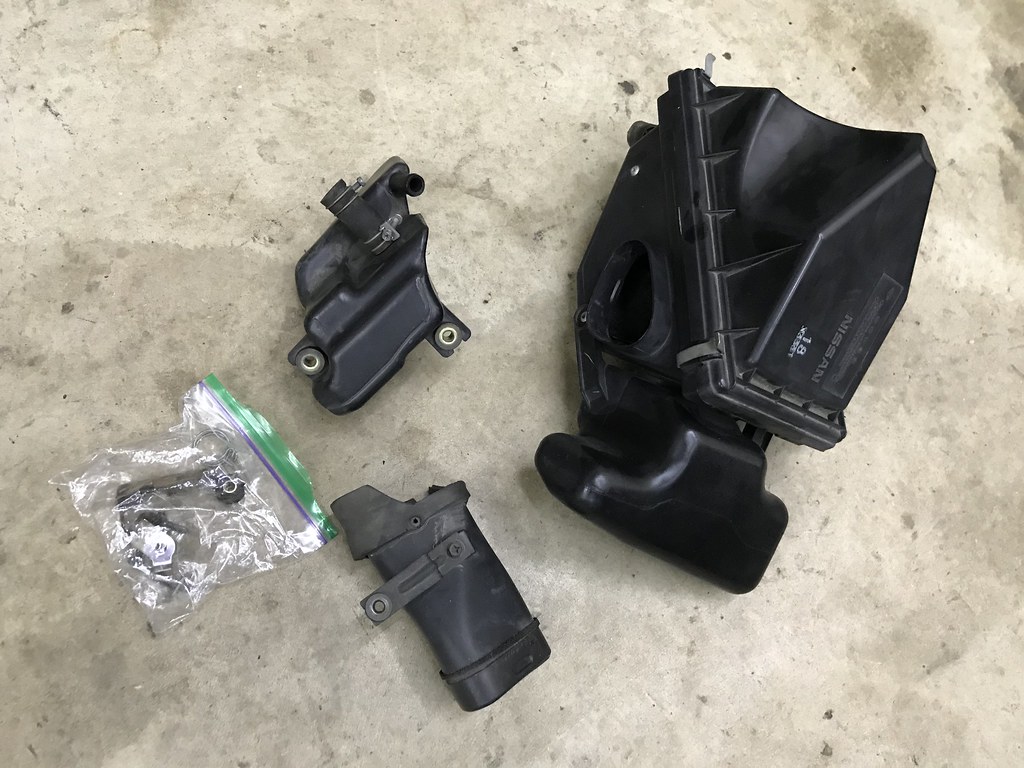 The next item that arrived was a stock PS13 airbox for the coupe. I elected to leave all of the factory airbox brackets in place this time around to run a tidier setup since I am tired of the cone filter adapter on the MAF in my hatch bouncing around and scratching up the paint in the bay. I found someone in Washington that had just imported a Silvia and wanted to sell his complete setup, so I elected to snag it. I’m hoping to install this in the bay soon. 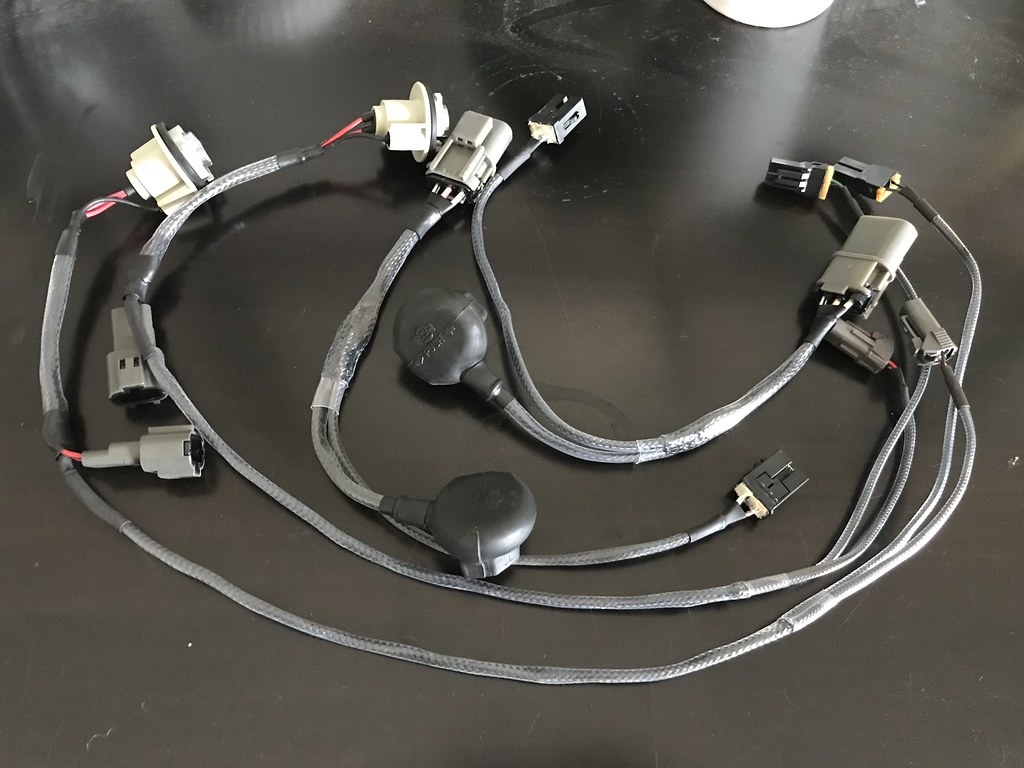 Finally, I picked up a set of USDM S13 pop up to JDM Silvia front end lighting conversion harnesses from Specialized in Nissan, an eBay seller and longtime Zilvia member. I am currently using his harnesses on my hatch as well to convert the US front and rear wiring to utilize kouki 180SX lights with a plug and play solution. The eBay store seems to be down at the moment, but I was still able to order them via DM to his Zilvia account, username “driftkeni.”

The future feels a bit uncertain with job security and the economy due to everything on. I know this is going to impact my and my family in one way or another, but just how much is still in limbo at the moment. I just want to say that I wish everyone out there reading this the best with the days, weeks, and months to come.

Everything is going to be OK in the end! We’ve just gotta be good to each other as we navigate all of this craziness. Take care & talk soon! Thanks as always for following along.