Well, I am happy to report that the car survived the 800+ mile trek down to Illinois and back this past weekend for my friend Kyle’s wedding. I was a bit nervous about the whole ordeal having only driven the car to and from work twice since buying it back and rebuilding it from what was essentially a bare shell, but the car held up really well and didn’t present me with any issues along the way. 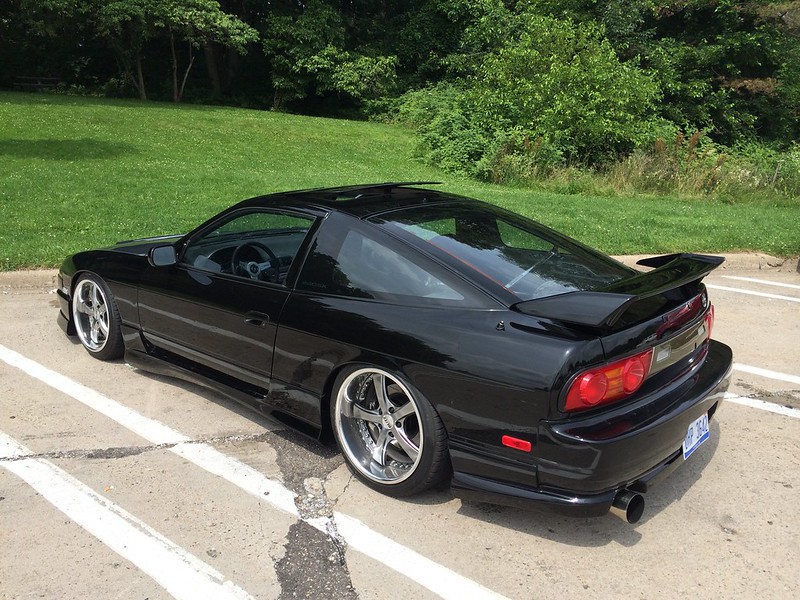 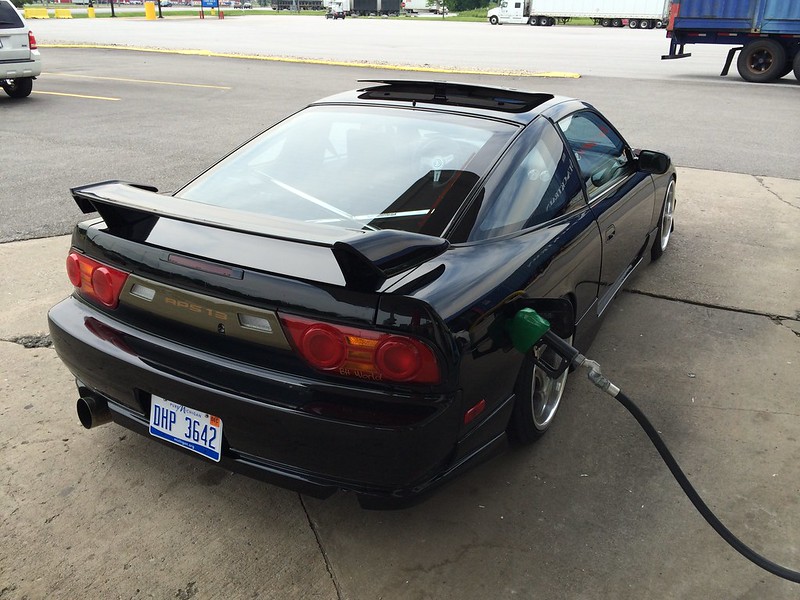 I left town at around 11 AM on Saturday in perfect weather. I was really relieved that the skies were clear, it wasn’t too hot out, and there was no rain in the forecast for the drive down to Peoria. I made my usual rest stop and gas station stops at the same points I always used to stop at along the way on my drives down to Illinois, so that was a bit surreal. I arrived at Kyle’s house without issue around 5 PM or so. I had definitely forgotten how much the fumes, loud exhaust, and sun take the energy out of you on long trips in this car- but I wouldn’t trade it for the world. 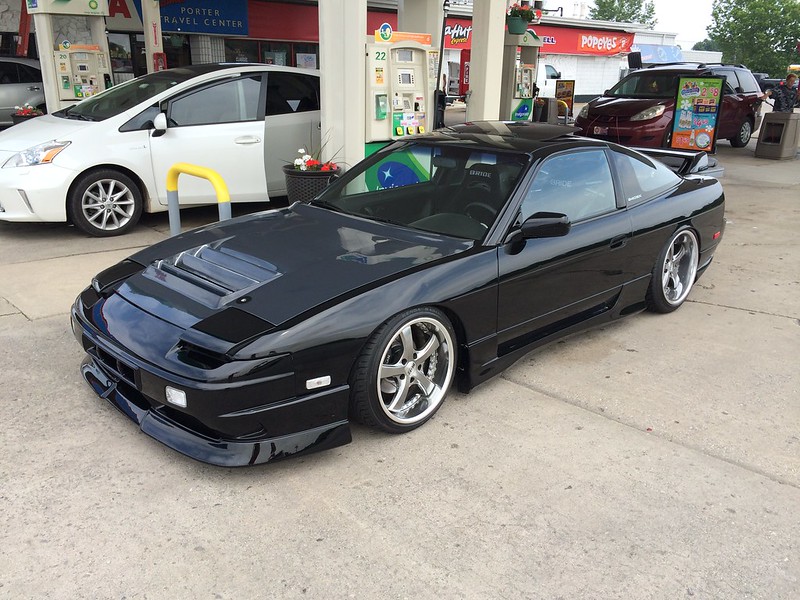 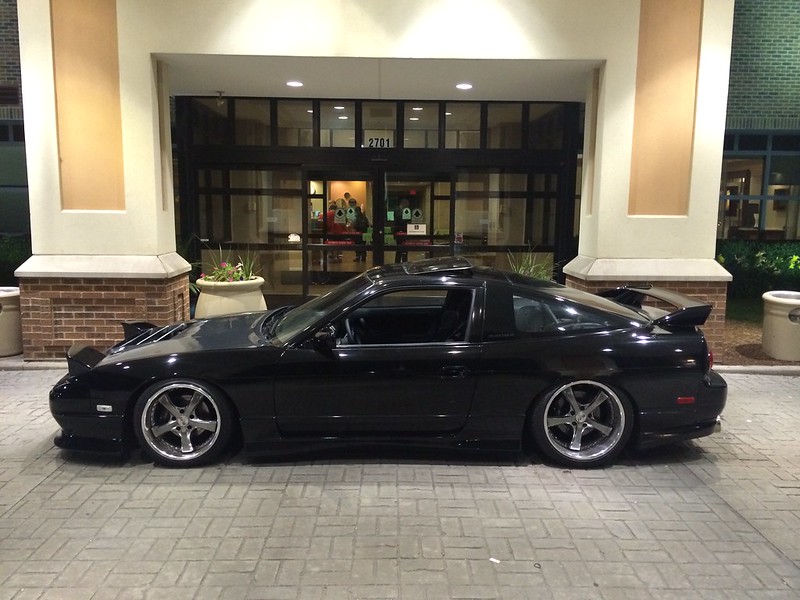 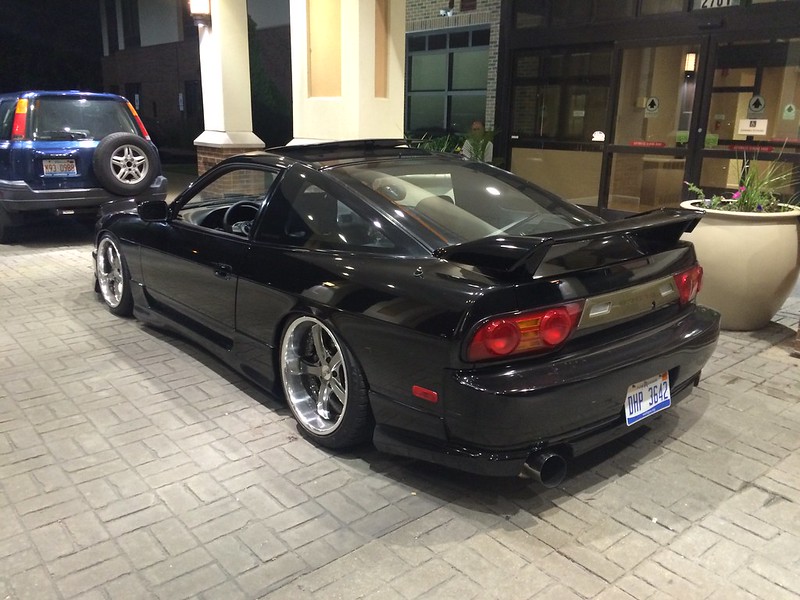 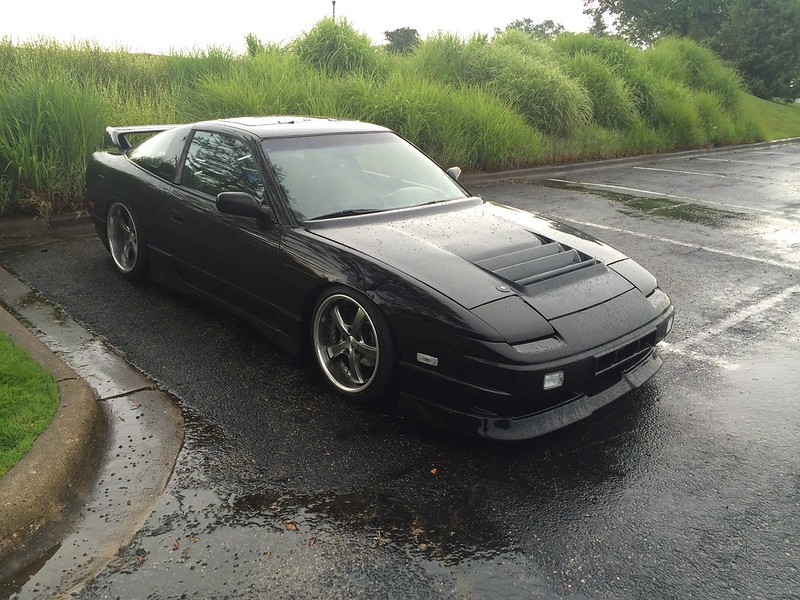 Unfortunately, it rained heavily on Saturday for virtually the entire day and into the night. The wedding was moved inside, but I think it still went really well overall. I left the venue around midnight and it was super foggy out which made driving to where I was staying a bit sketchy, but I managed to get there and get some sleep before heading home early the next morning. 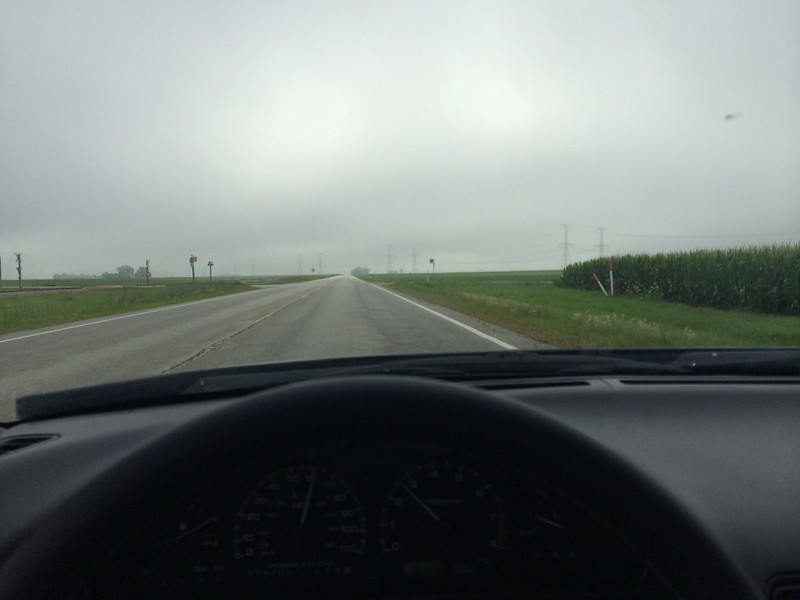 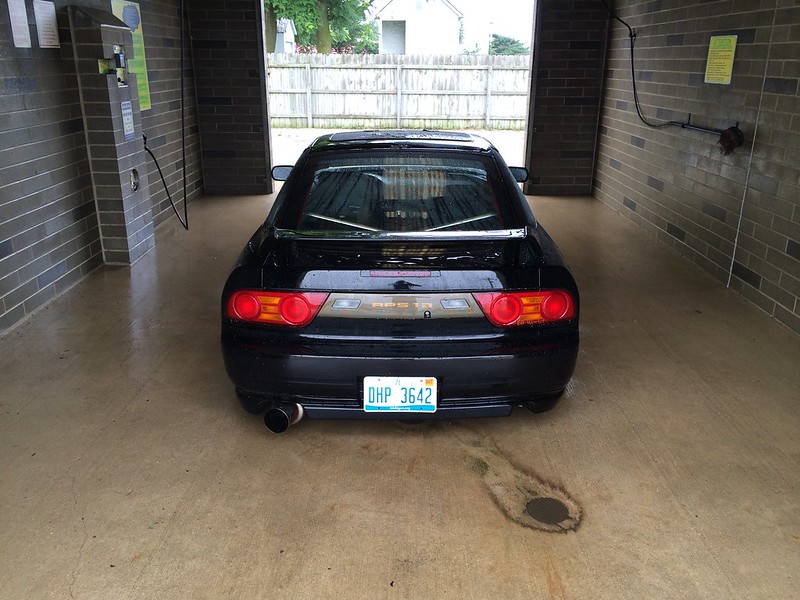 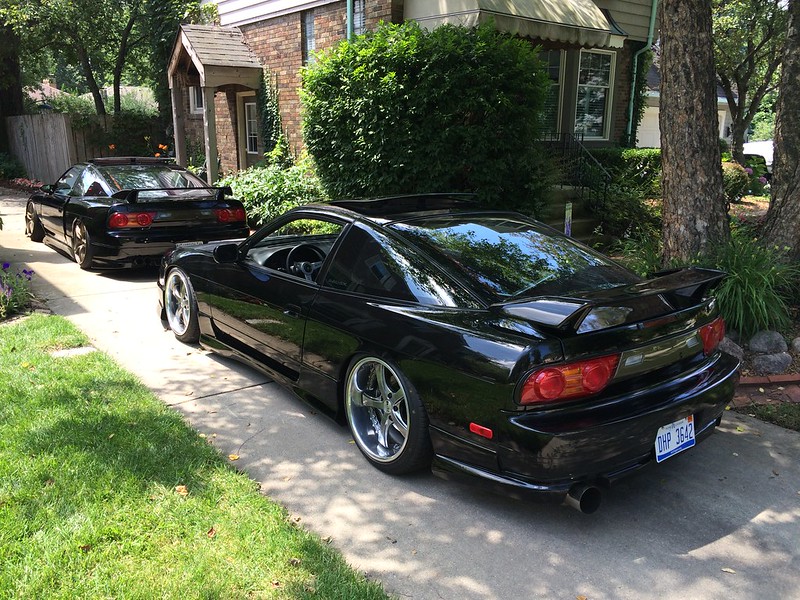 The skies began to clear during the drive home Sunday morning and it got fairly hot when the sun finally peeked out. After about two hours I stopped at the Illinois/Indiana border to hang out with my friend Tony of BLOODRUNNER fame. Tony is a super nice dude and just so happens to own a very cool S13, so we had a good time cruising around, getting lunch, and nerding out about all things 180SX. 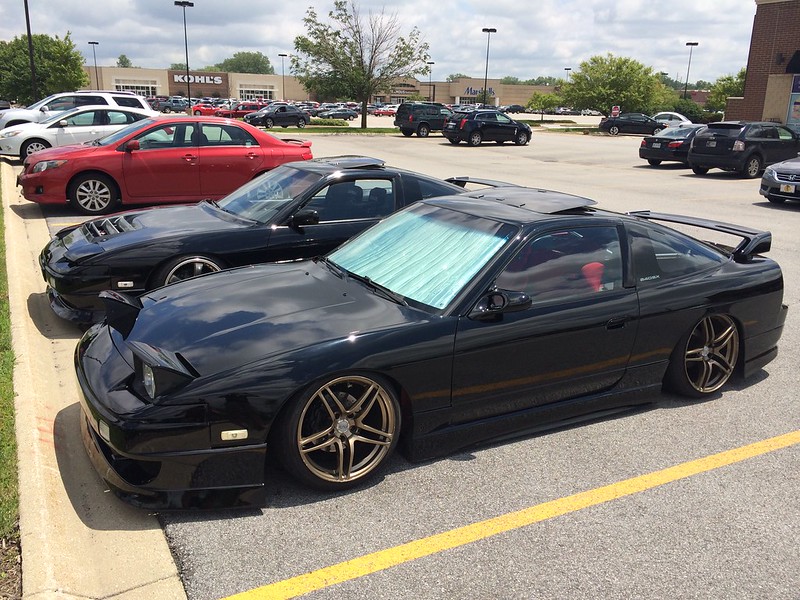 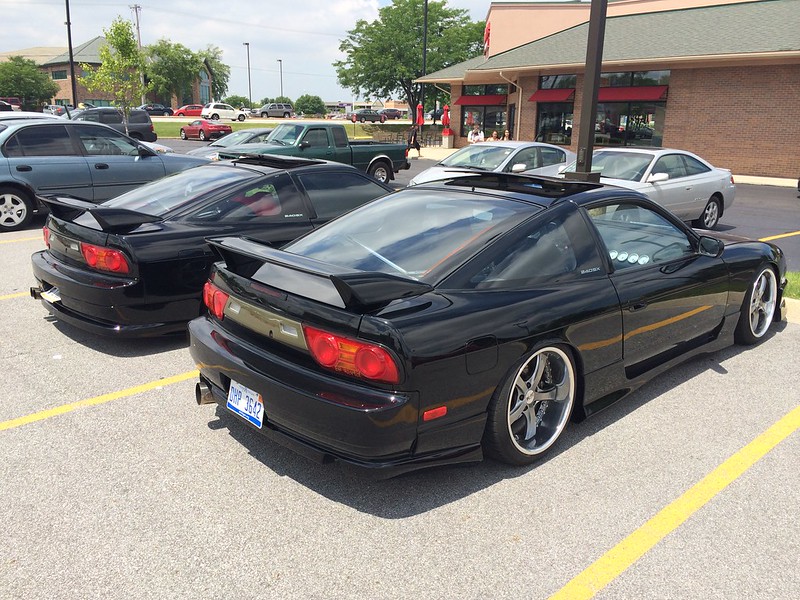 Tony’s car is insanely low. It actually makes mine look like an old man’s car with virtually no camber and manages to make my car look really high off the ground. I have no idea how he manages to drive this thing around, but he definitely does it. It kind of made me a bit bummed out about my car, but I do really appreciate that I can drive mine on long trips into unfamiliar territory and not have to be too stressed about it. He also made me want bronze monoblocks, but I don’t want to get rid of my Blitz right now. Maybe this winter I will change them out for something else. 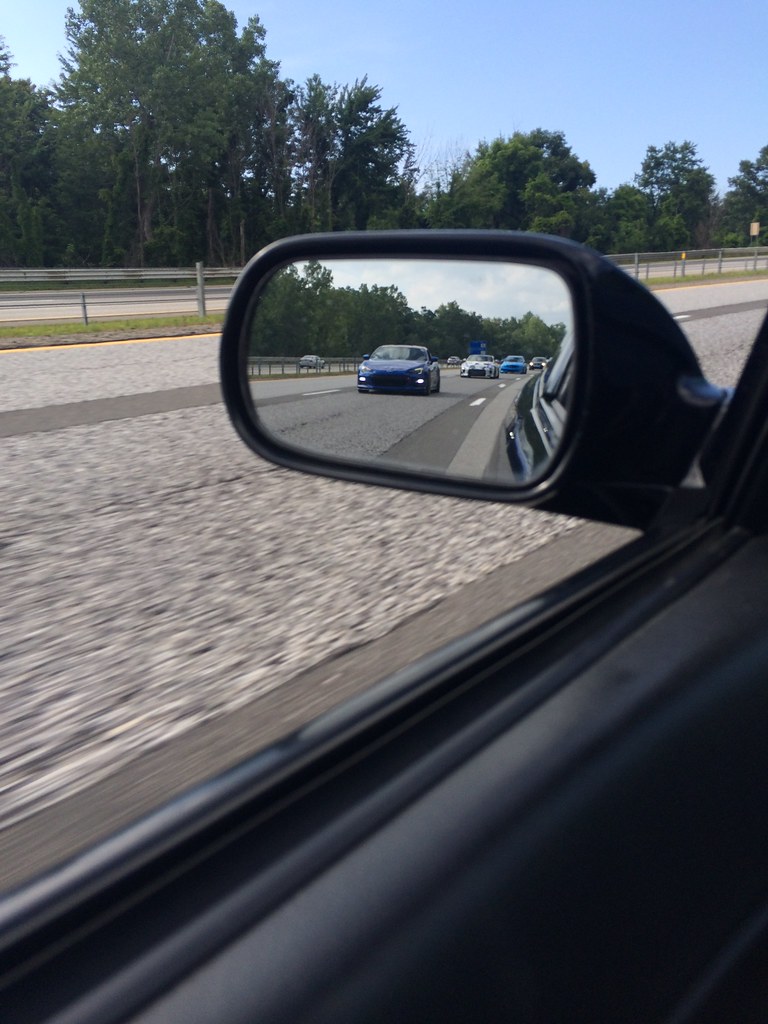 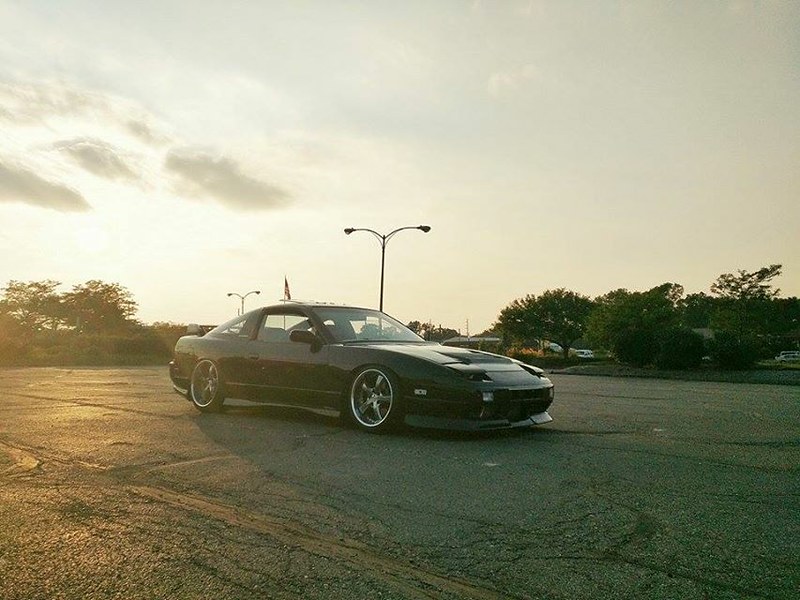 The rest of my trip was fairly uneventful. There were some guys from Motor City Gumball driving back from HIN in Chicago (which I heard absolutely nothing about) that ended up cruising with me for a couple of hours. Really happy to have some serious seat time under my belt without running into problems. That makes me feel a lot more confident about Alicia and I driving the car to Final Bout in September! 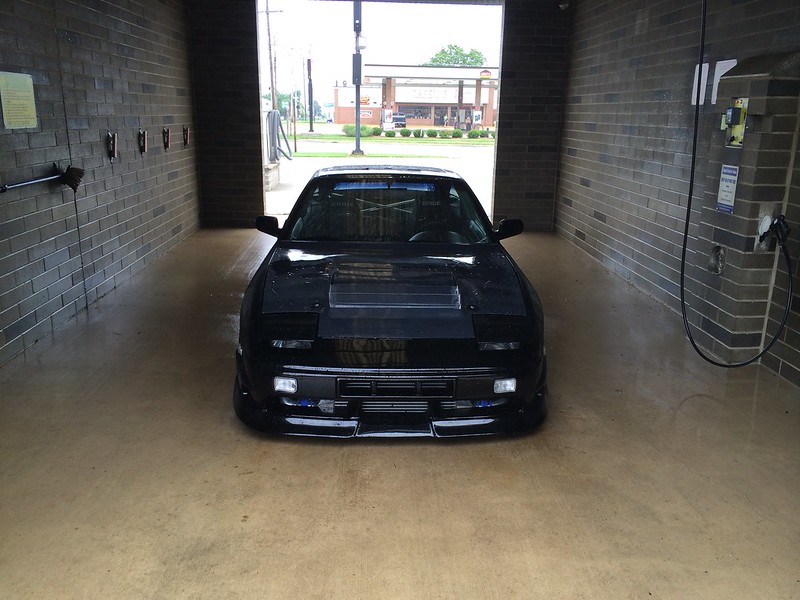 The next order of business is to get the hood painted and install my new oil pan, along with the sensors for my water and oil gauges. Aside from that I don’t have much on the agenda and that feels kind of nice. I’m looking forward to washing the car, driving it to the office, and just generally appreciating the fact that the car is in my garage once more. Feels great to have it back and be at this point with it!