I had a chance to toss the car on stands last night and begin giving everything a once over before the trip to FB3 in just a little over two short weeks. 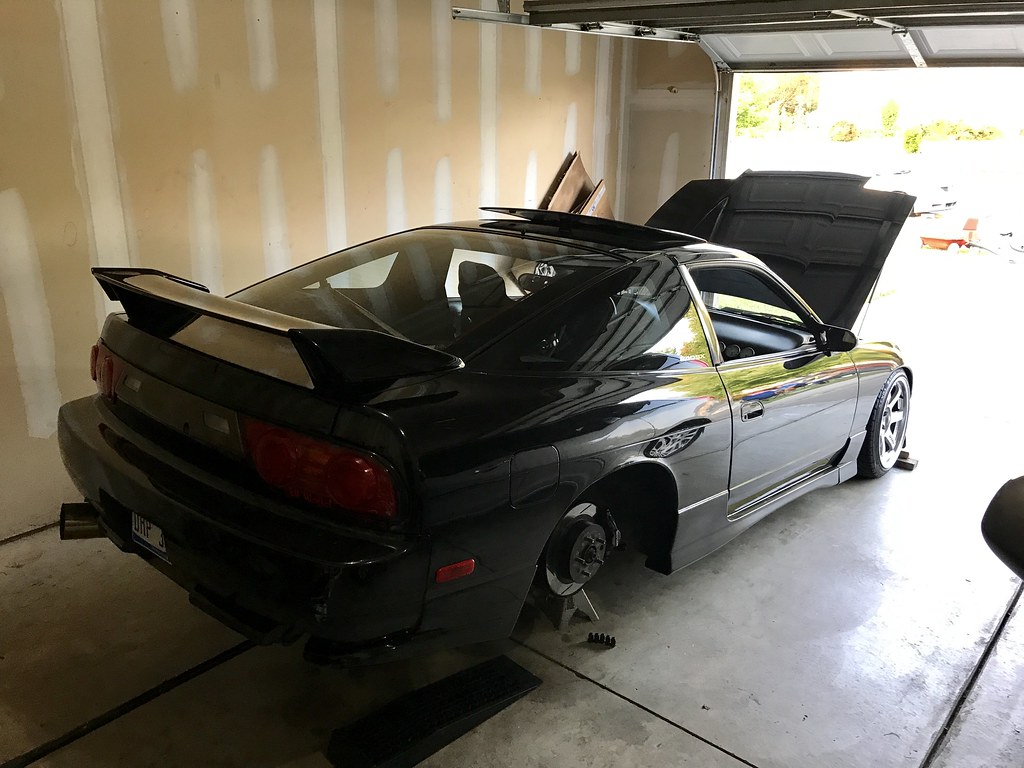 I’ve been hearing some creaking sounds from the back of the car lately, which is fairly common as this thing is always making strange noises. I’ve tried to track it down a bit, but it doesn’t seem to be coming from the Miracle brace or the coilovers. I think the source might be the Energy Suspension poly bushings I installed in the rear uprights back in 2009 shortly after I bought the car. I haven’t greased them since installation, so I am sure they are long overdue and are causing some binding issues back there. At some point I’ll have to replace them with something nicer- maybe SPL spherical bearings or NISMO bushings, though I think the latter are discontinued. For now, these will do just fine. 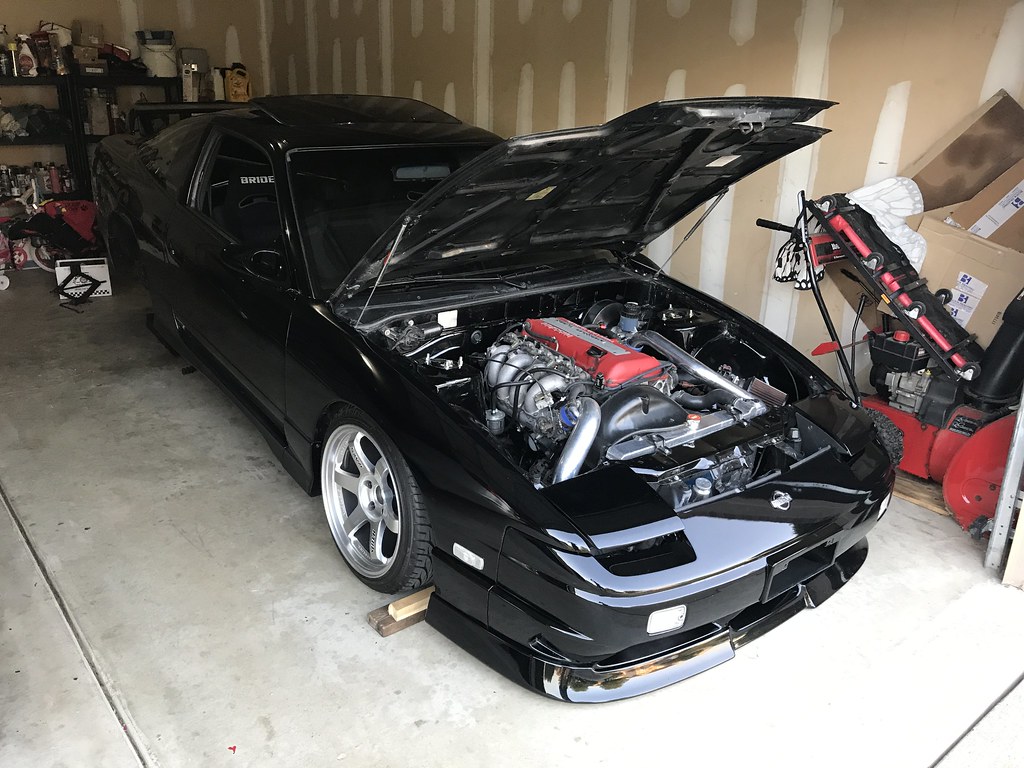 I half expected to see a torn CV boot or two like I did before our trip to FB2, but thankfully they all appear to be intact at the moment. I’ll go over all of the jam nuts to be sure everything is tight as they tend to make a habit of loosing themselves. I think I’ll also try to even out my ride height a bit while I am back here. I’m beginning to suspect that the carrier bearing on my driveshaft might give up the ghost at some point too, so a one piece driveshaft will likely end up on the list at some point when that happens.

Overall, things seem to be in order at the front of the car. I’ll finish up tonight and move on to the front end soon.