Posted on September 12, 2017 by camryonbronze

My apologies for the lapse in posts here for the last week and a half or so. Not only have I been recovering from my trip to Final Bout III in Shawano, Wisconsin during Labor Day weekend, but my oldest daughter Kinsey started kindergarten last week. The transition from two to three kids quickly followed by transitioning into her starting school has been wild to say the least, but I am pleased to report that all of us seem to be adapting to the new routine fairly well. Life is never without its surprises! 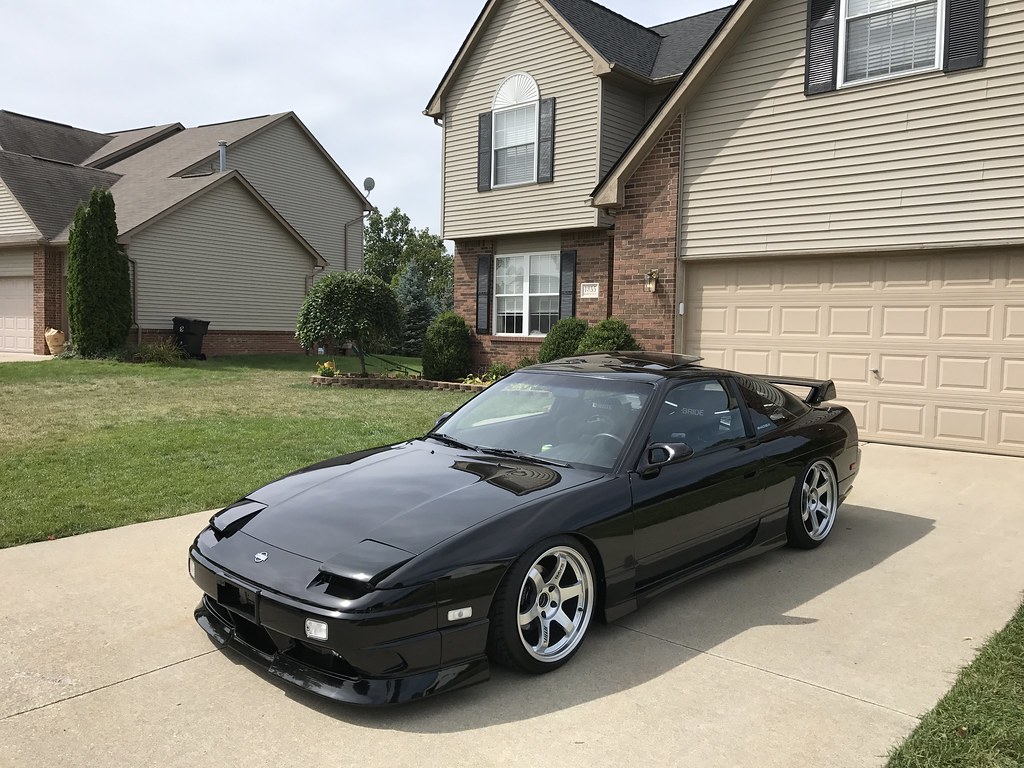 So, back to my road trip for the year in the S13. As I mentioned previously, my youngest daughter Alexi was due to be born on August 25th, one week before Final Bout was going to take place. Knowing this, I had no thoughts of being able to attend Final Bout this year. But as fate would have it, she arrived early on August 7th and my wonderful wife asked me if I would like to make a quick solo trip out there. I was really bummed that she couldn’t come with me, but beyond appreciative that she was so willing to allow me to go despite all of the changes to our life and routine in the past month. 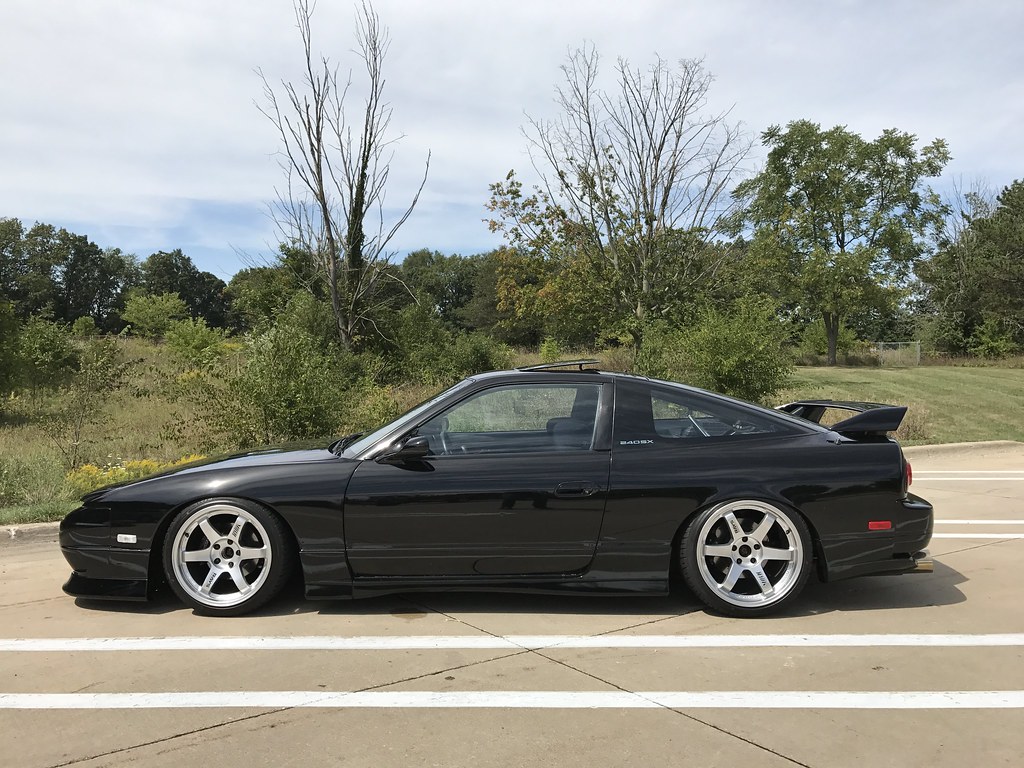 Rest Stop along the way.

My office closed early on Friday for Labor Day weekend, so I hit the road around 1:30 PM or so. After gassing up and grabbing some cash from the bank, I was on the road to my first destination in Munster, Indiana to meet up with my friend Tony for the second leg of the journey. The temperature was perfect for the drive this year- not too hot and not too cold. I managed to get stuck in some nasty construction traffic in Indiana, resulting in driving about 15 miles in an hour and a half span. This was a bummer, but it was nearing rush hour after all. Finally, I made it to Tony’s house. 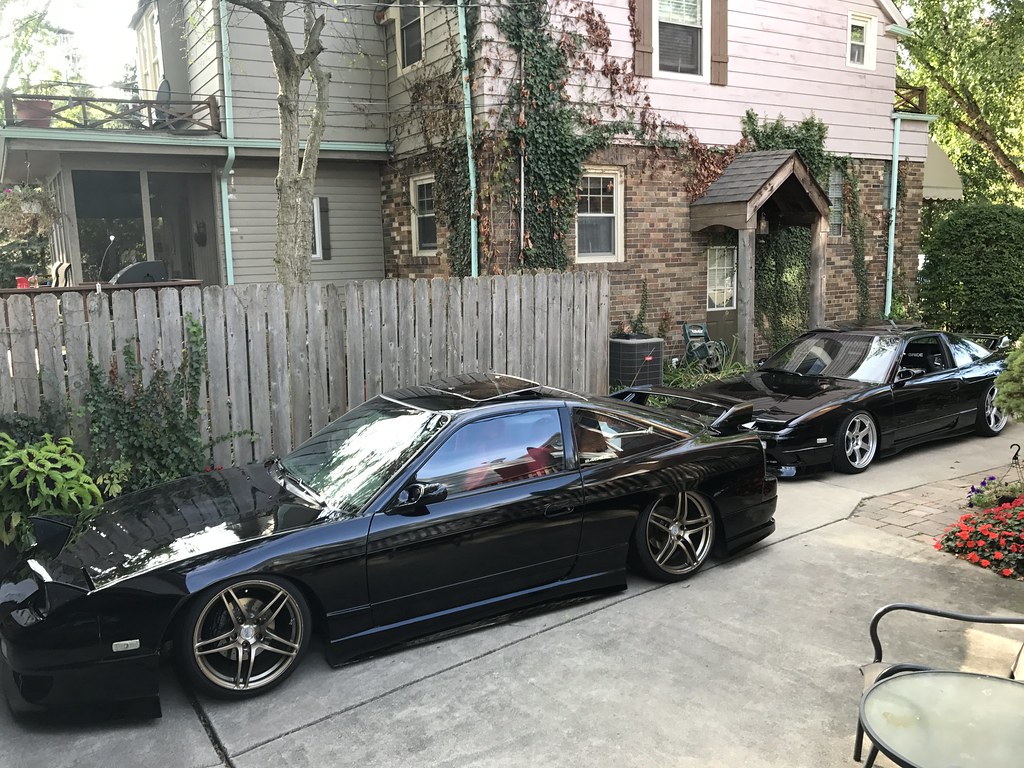 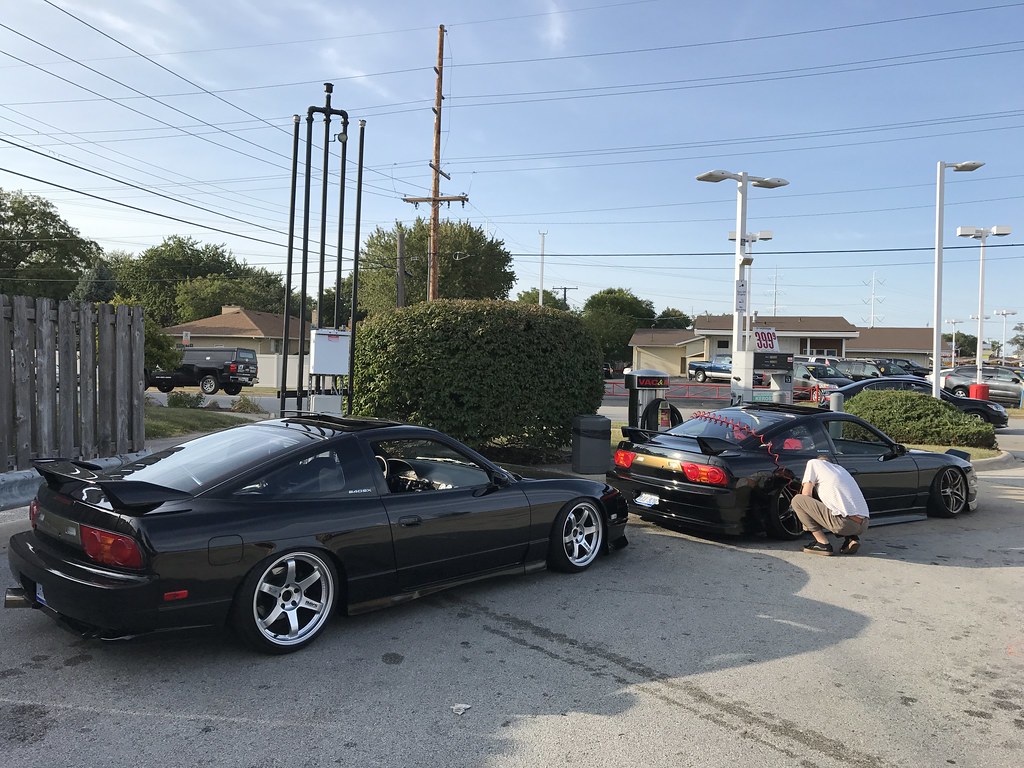 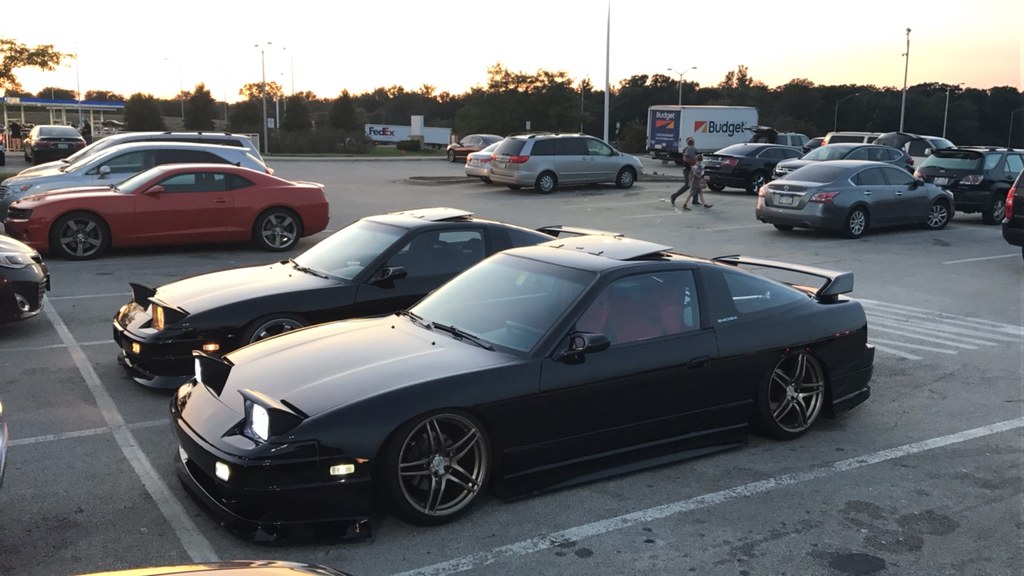 After chatting for a bit and filling my water bottle, we cruised around town to get gas and air up Tony’s tires. We jumped on 290 to swing West around much of the Chicago rush hour traffic, though we still had our issues. After a short while we pulled off at the last Oasis on the way out of town to grab some dinner and crank my headlights up for some night driving through rural Wisconsin. 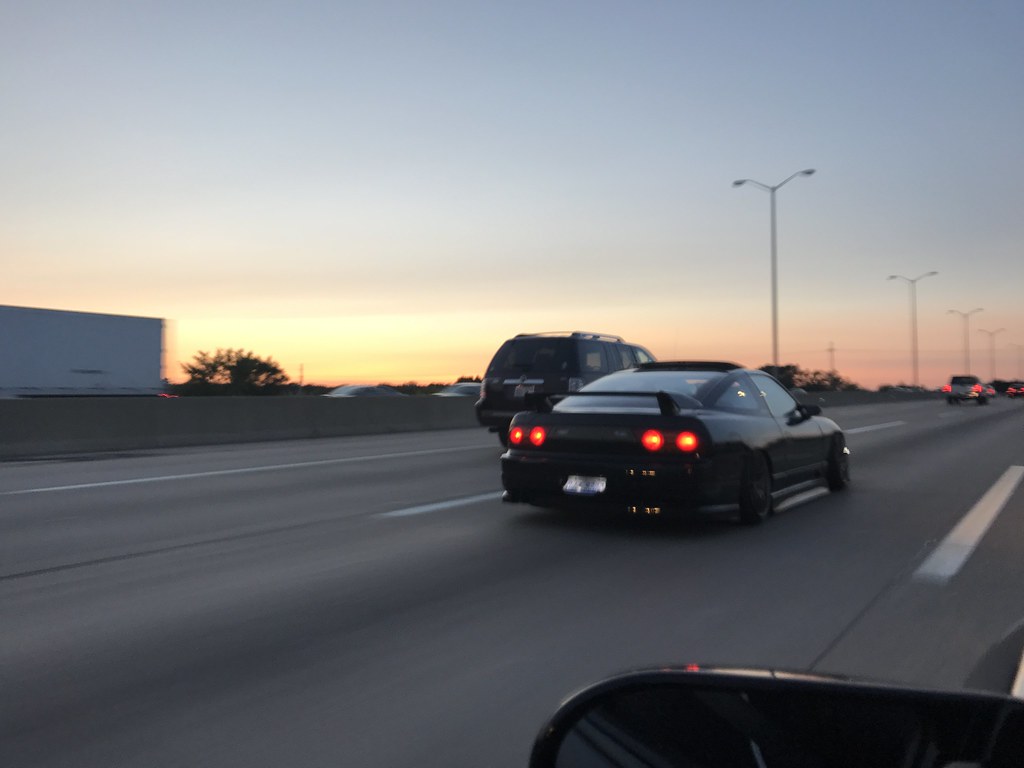 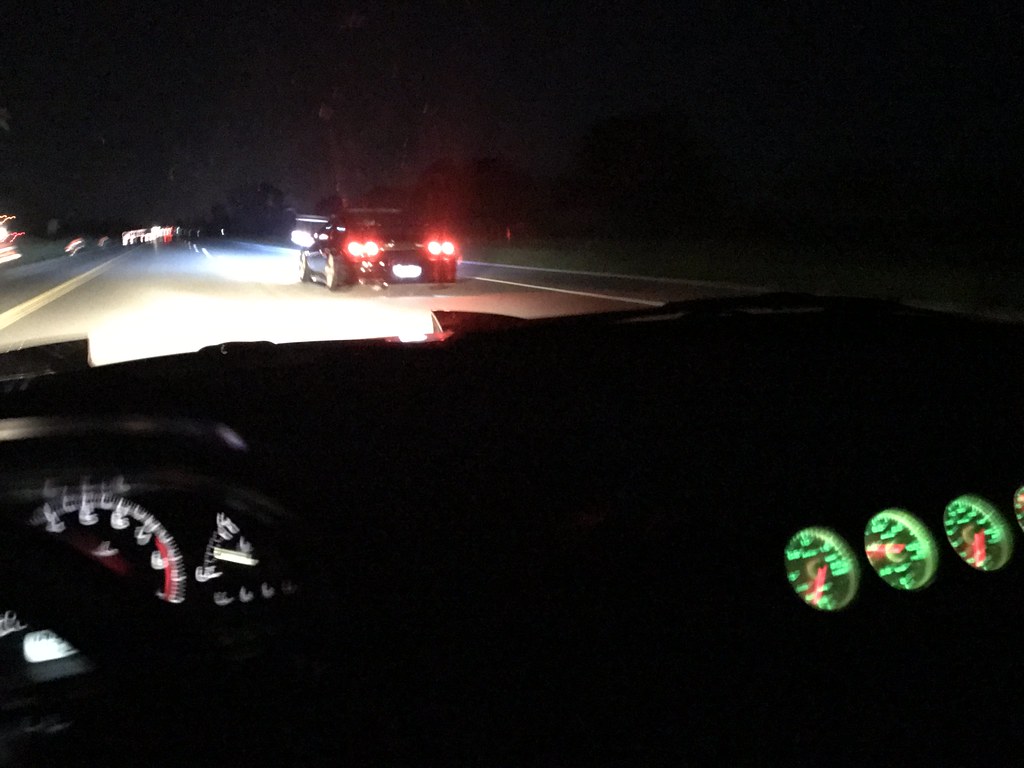 We took our time on the way up and eventually arrived at the Longhorn Saloon in Shawano, Wisconsin: a small local bar that all of the Final Bout gang completely inundates with our of towners each year at around 10:30 PM, gaining an hour due to the time zone change on the way. I was pretty exhausted from the trip but running on pure adrenaline. It was amazing to see all of my friends from all over the world, many of which I had not seen in years. Most notable was my very good friend Jimmy and crew from Houston. I was beyond excited to see these guys considering the fact that they narrowly escaped Hurricane Harvey down in Texas to make it up to Chicago. I am so grateful that they were able to make it! I’m not sure what time we finally went to sleep, but it was a pretty wild night- and I don’t even drink. Jimmy was kind enough to let me crash in his hotel room for the weekend as I had not made a reservation due to baby Alexi, so I’m indebted to him for helping me out. 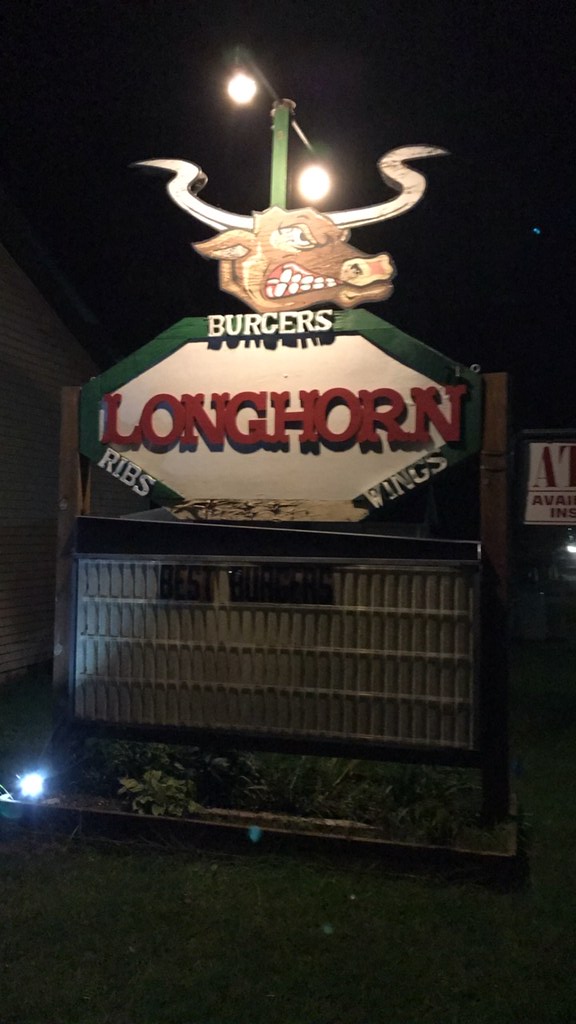 We eventually made our way to the track at some point on Saturday morning to find that it was cloudy and a bit brisk outside. After being sent to the infamous grass parking area once again by my good friend and US Air track operator Pat, it began to rain- a lot. A fairly large system was moving through the area, bringing wind and driving rain. Fortunately I had packed my umbrella, winter coat, and trusty Lions knit cap to keep me warm. I felt stupid for packing them, but I was so glad I did. Chob was nice enough to allow us to take shelter in one of the pit buildings where we hung out for a couple hours and allowed the storm to pass. 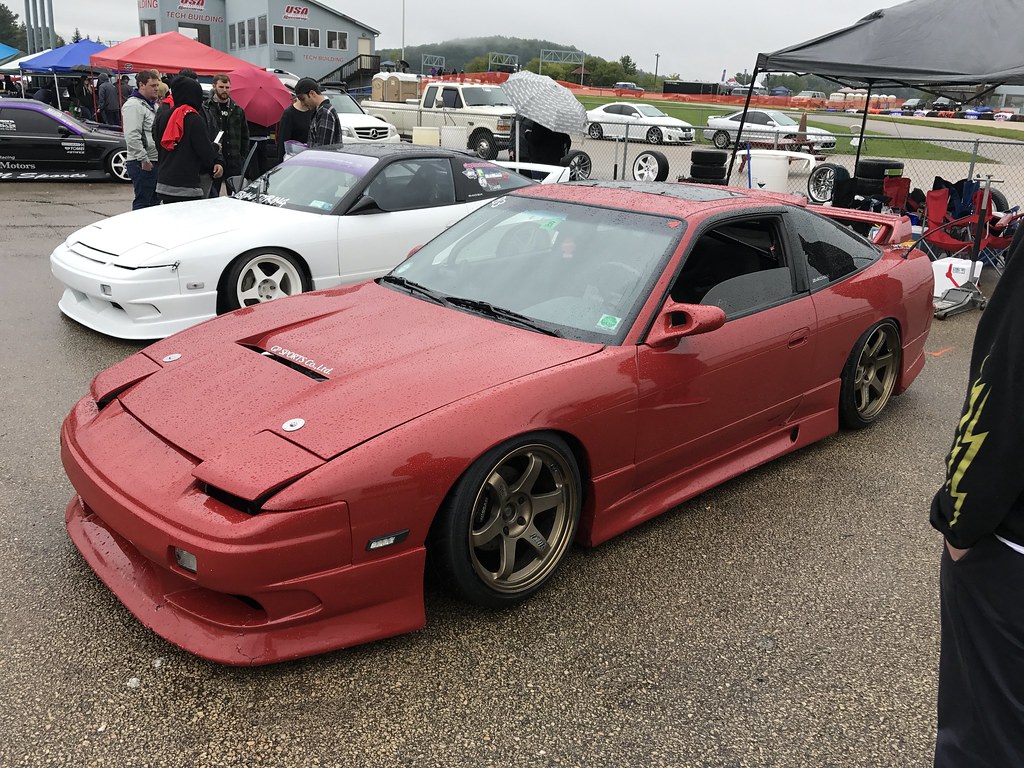 My favorite car at the event- Bosstown Shane 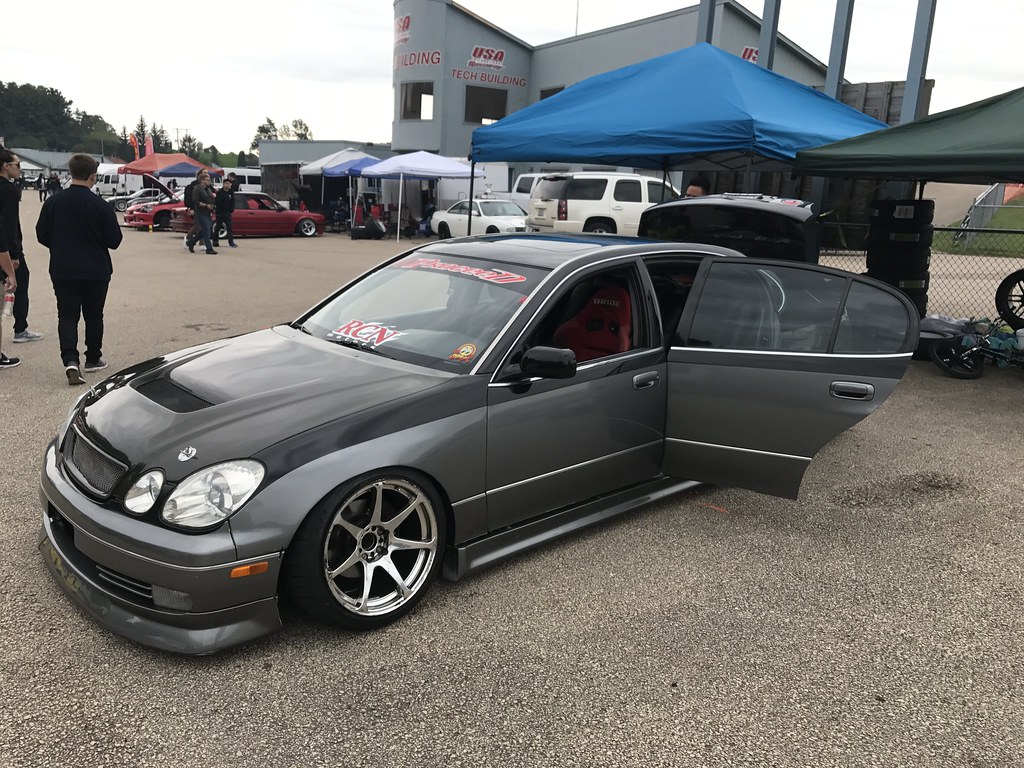 Always great to see Chob, the GS King of USA.

Much of the day on Saturday was a blur. I watched the competition during the late afternoon with my friend Cody from Idaho. To be completely honest, a lot of the driving was less than stellar during the competition, but the comp is also the last reason I attend Final Bout anyway. It was still fun to watch and to listen to my friends Mark, Benson, and Nadine on the mic. After the competition, I managed to escape the flooded and muddy parking lot without any issues. I guess my car is too high off the ground or something. We went back to the hotel for a bit before going to our usual Chinese spot in town. I’m not sure if the food is actually all that amazing or if I am always on the edge of death when I eat there, but I sure do enjoy it. 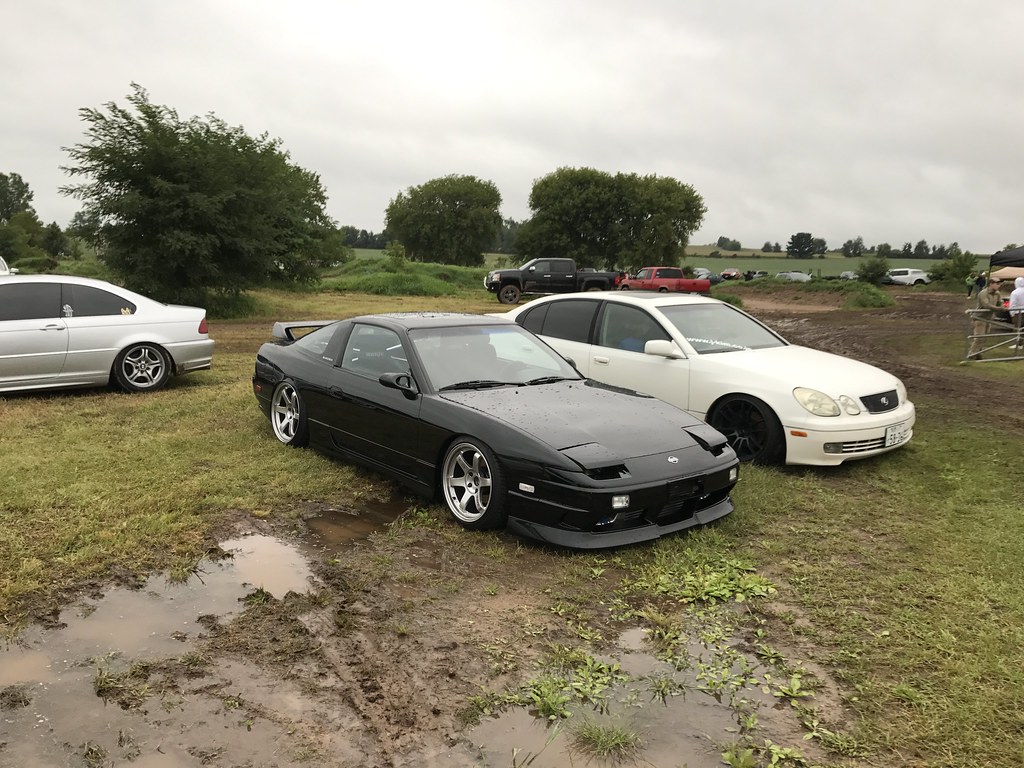 One new addition to Final Bout this year was a session of night driving under the lights. After being in the cold rain all day at the track, a part of me didn’t really even want to go back, but I was very glad we did. The driving during the night session was amazing- a very cool thing to see! It had also gotten a bit warmer at night for whatever reason, so things were much more comfortable. We watched some really close tandem driving and even a couple of crashes- which, of course, are always a bummer- but are also really exciting to watch. We ended the evening once again at Longhorn, albeit with a much smaller group than the first night. The boys tried their best to reluctantly sip their pitchers, but I could tell their hearts just weren’t in it. Several nights of partying with friends from all over the world were beginning to take a toll on them. I happily sipped my Twiggs Root Beer, bottled locally in Shawano, as the bartender would remind me. 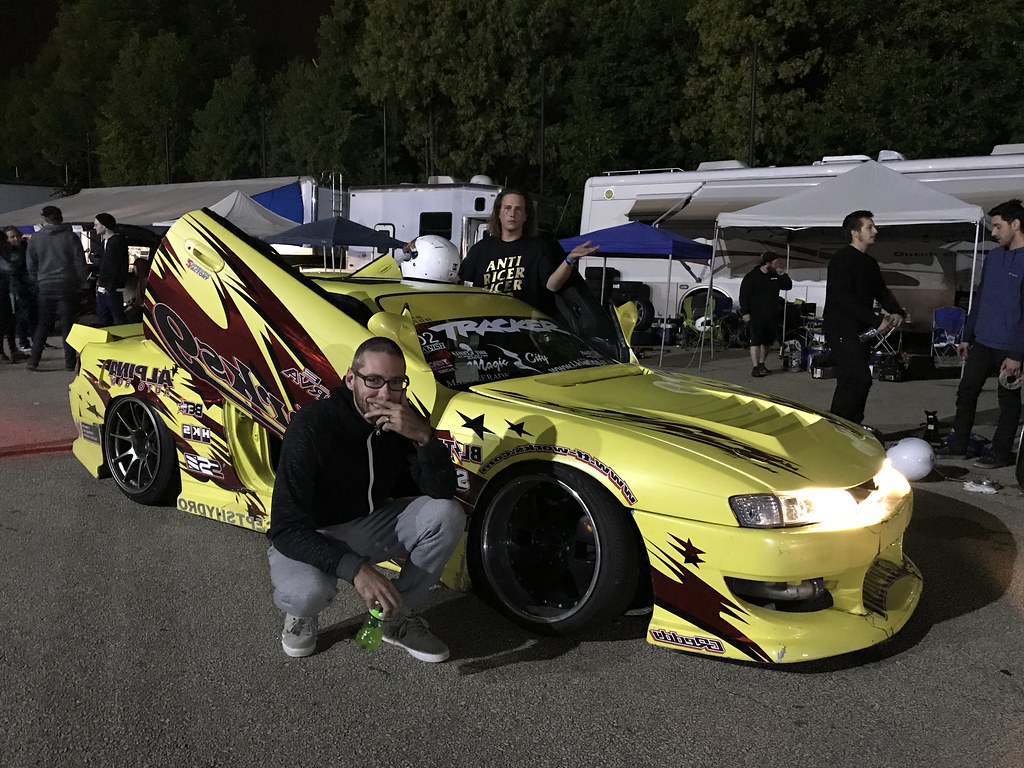 With my pal King Jake 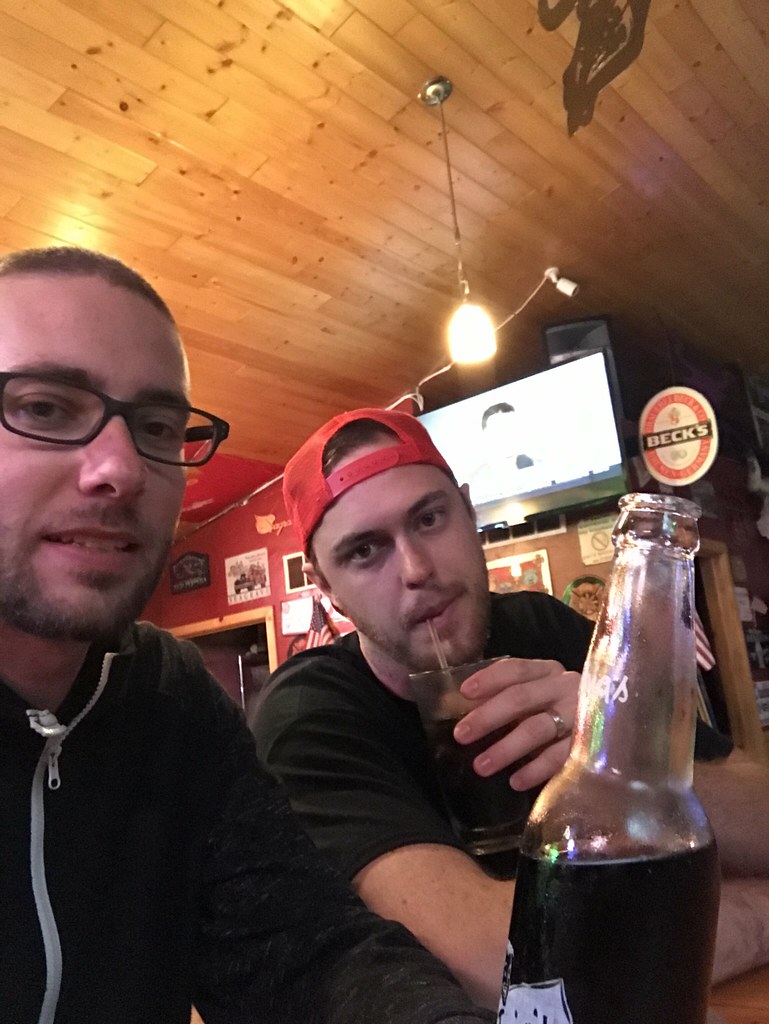 With my Houston BFF Jimmy 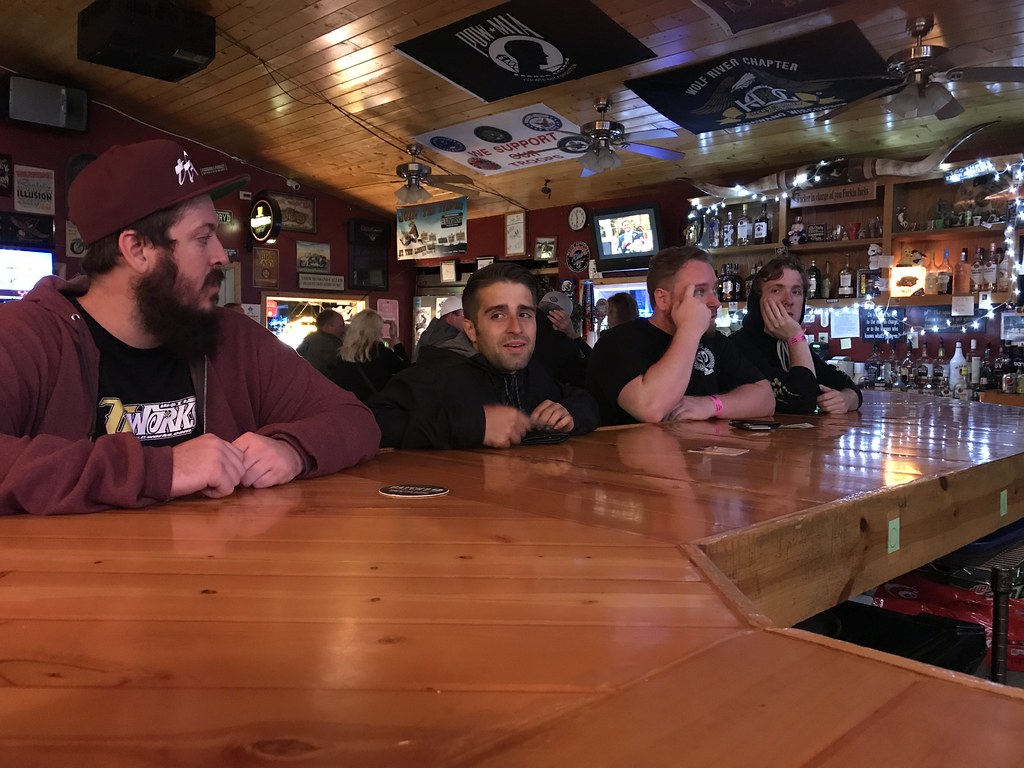 Texas, Cali, and Idaho at the bar in Wisconsin. Thanks internet!

We didn’t stay up quite as late on Saturday night and slept in a bit later. We were greeted by plentiful sunshine upon exiting the hotel to head to the track on Sunday. The weather had decided to pull a complete 180, and there were points during the day that I was actually hot at the track- what a contrast! Sunday felt like a total blur as I tried to soak up the last few hours with my friends before needing to leave. The highlight of the day was watching Liam do a few runs on the Advanced course in his R34. We were all pretty hyped when he scraped the wall with his rear bumper on the first run, knocking one of his tail lights loose. On the next run, he spun on the blind transition up the hill and knocked the front bumper and side skirts off. What can I say? This boy is a maniac. Liam threw down some clean runs after that and managed to tape the aero up for his long journey home to Toronto. 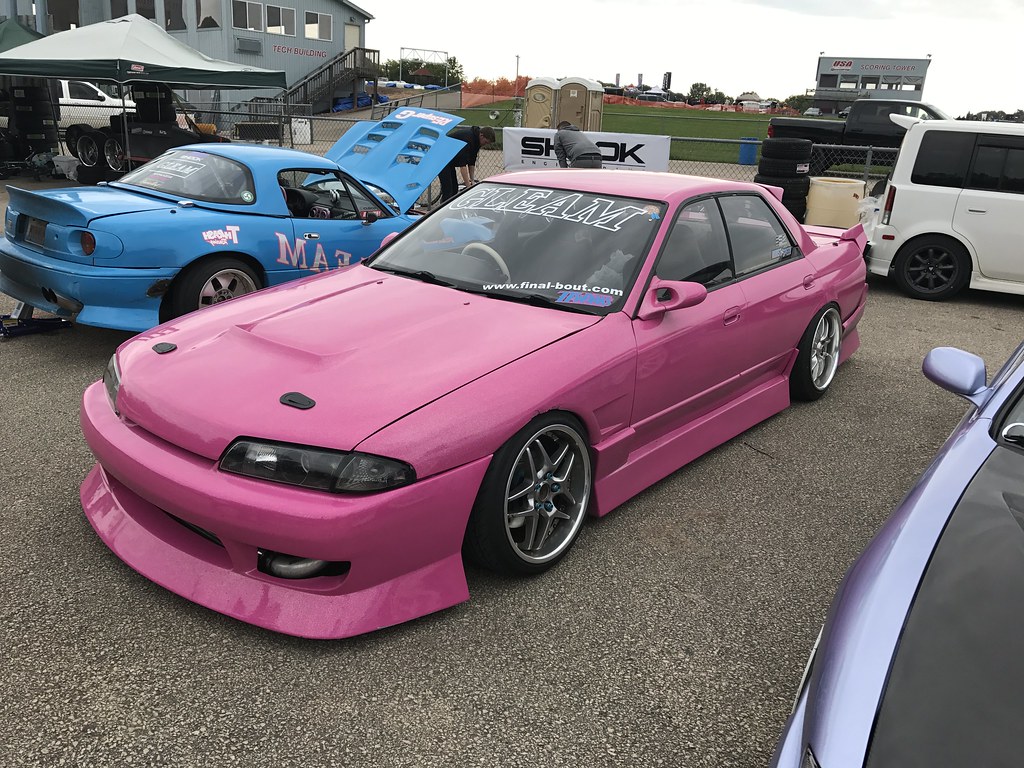 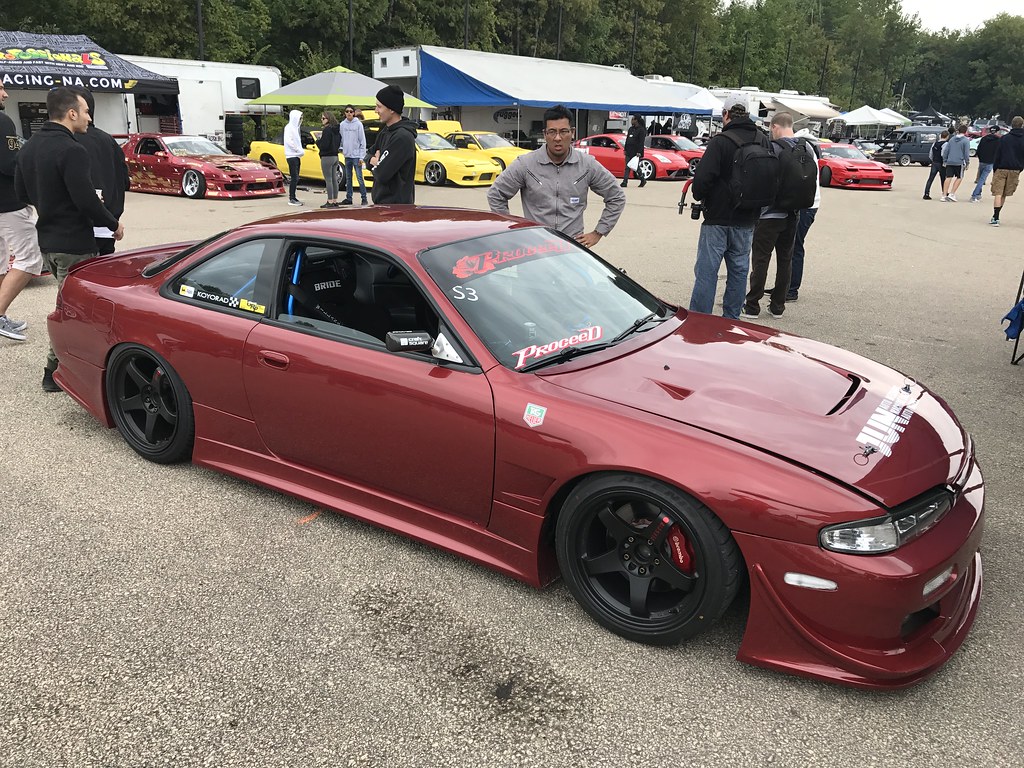 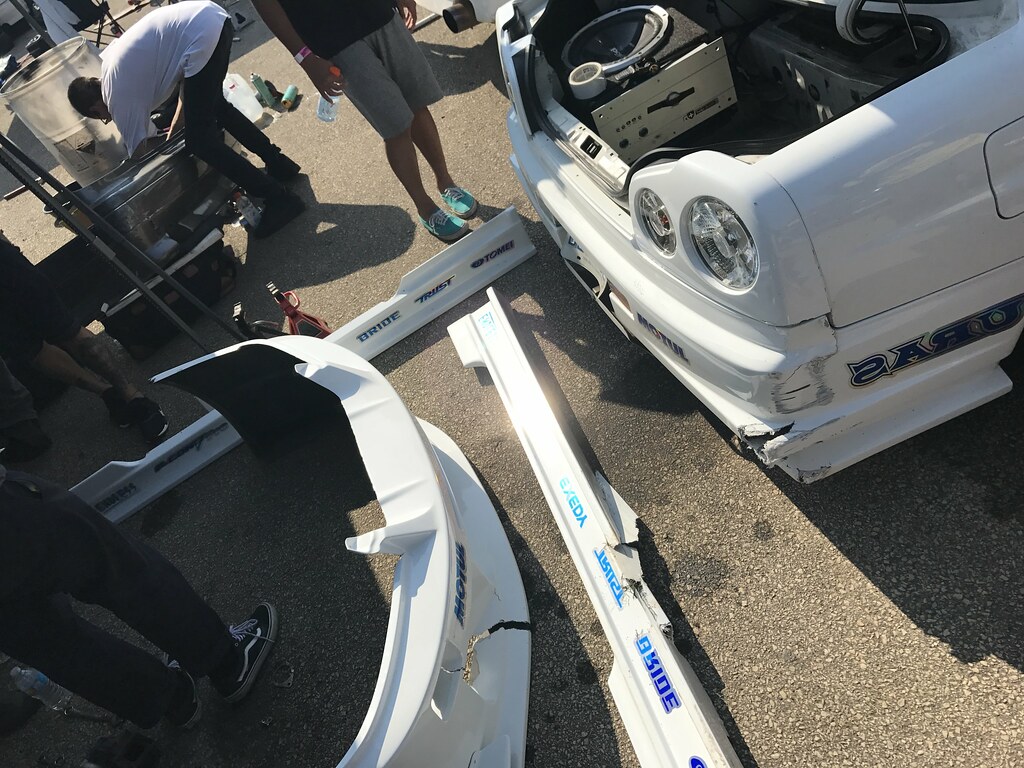 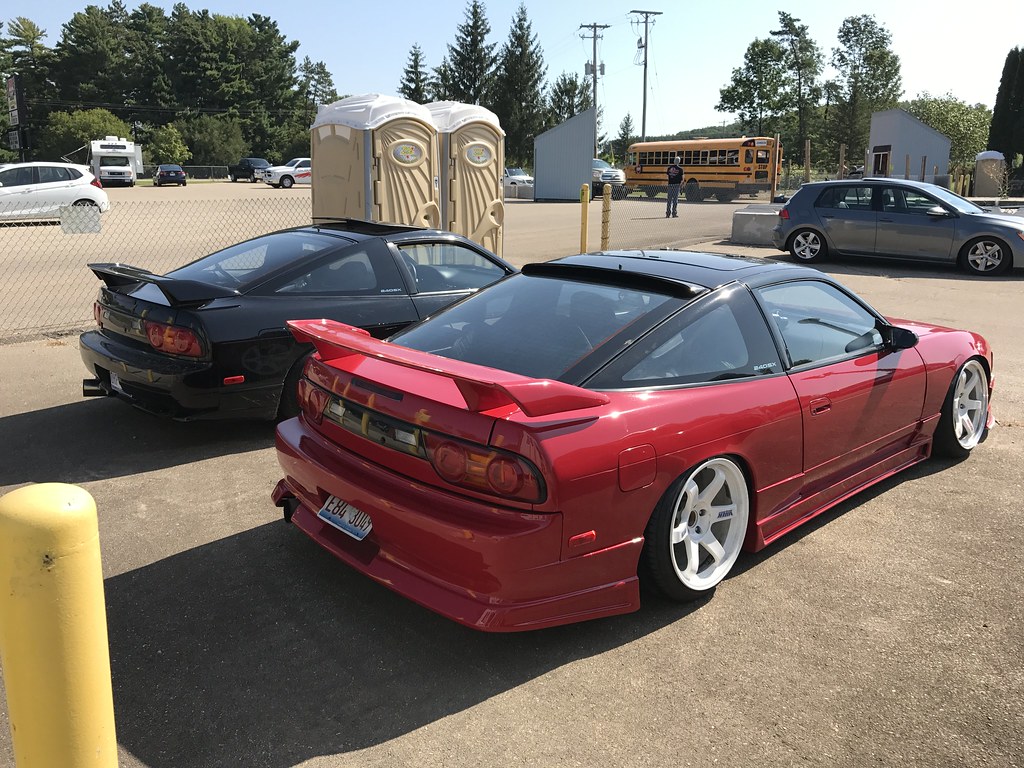 After saying many goodbyes far too soon, my friend LA and I set out for Chicago. We didn’t make any stops until we hit the city and I dropped him off at his place, so we made pretty good time. Shortly after departing and heading for Michigan, LA called me and realized he had left his wallet in the glove box of my car. Thankfully I was right by Tony’s exit in Indiana at the time, so I was able to pull off and hang with him for a bit while I waited for LA to drive out and retrieve it. This allowed me to gas up, grab some dinner, and visit with Tony for just a bit longer before completing my journey home. I think I pulled into my driveway just before 2 AM on Monday morning, very thankful that my car had made the trip to and from Final Bout once again without a single hiccup. 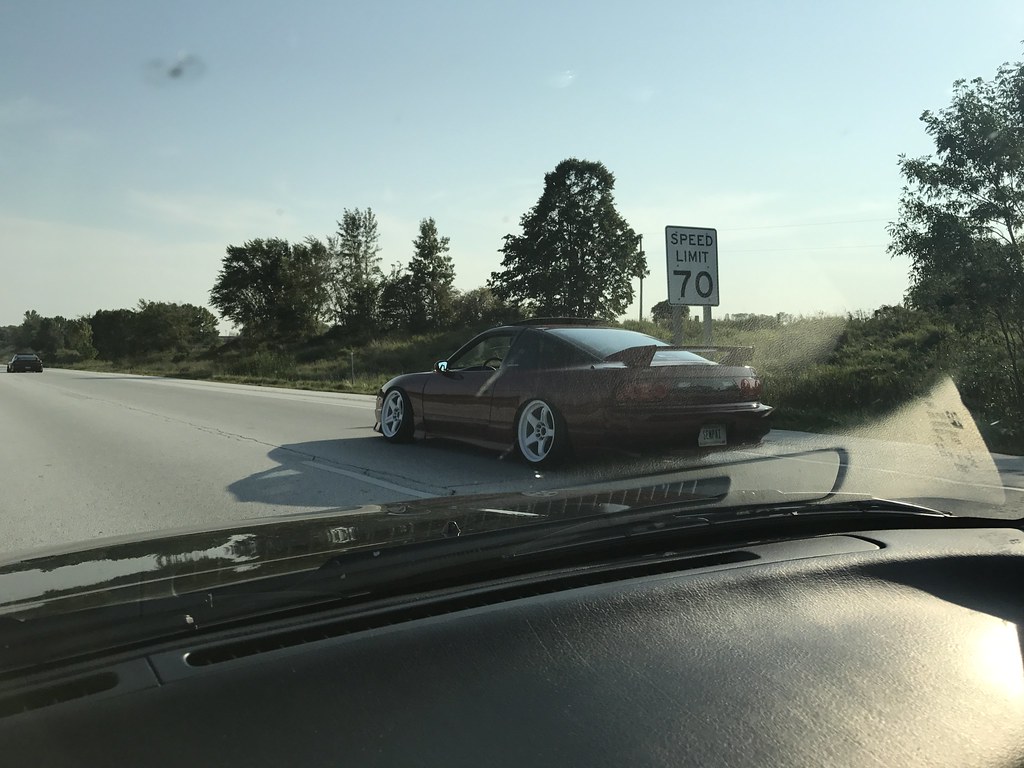 A nice 180 on LMGT4s that we cruised for a while with on the way home.

As most of the internet has heard by now, this was the last Final Bout event. I had heard rumblings about this, so it was good to hear some clarification about it at the track. While I am super bummed out to hear this news, I can also understand where Ilia and Simba are coming from. I can only imagine the amount of effort that goes into putting on an event like this. I can’t thank these guys enough for putting on these events over the last four years. I was fortunate enough to attend all of the Final Bout series at the home track in Shawano, and the experiences and friends I have gained from doing so will last a lifetime. For a guy that doesn’t even drift, I have to say that is quite a feat. There are too many amazing people to list, but I am grateful for each and every one of you. It truly feels like being a part of a great big family that’s physically spread out across the world, but when we come together in real life it’s really something special. 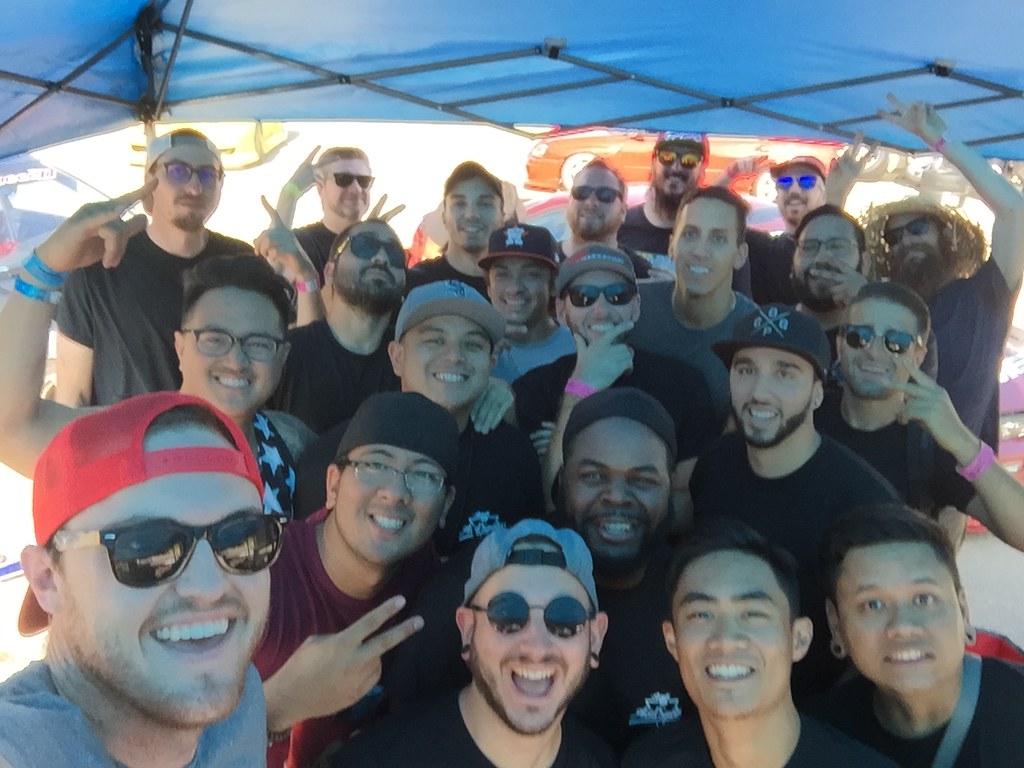 Just a few of the many people I am fortunate enough to call friends.

Thank you for all of the memories, Final Bout! I look forward to meeting up with as many people as possible at one of the Club FR events next season- this time with Alicia in tow. Hopefully the tradition is able to continue so that we can all see each other again soon!