Posted on September 27, 2019 by camryonbronze

Well, I don’t know how else to say it, but I am way behind on the blog. Honestly, since my last update in early September, I have not gotten much done on either of my personal cars at all. Here’s where things stand at the moment:

The Black Hatch
My black hatch is still sitting in the driveway on S14 wheels. I occasionally toss the battery in it to roll the windows down and get some air inside, or move it around to shuffle parts cars in and out of the garage. I recently sold my shifter trim and shift boot out of it since I have brand new ones that I plan to install soon, but have not reinstalled them yet. I also have the door panels out of the car currently as I managed to source a pair of LE door panels from a friend locally. They’re sort of in rough shape and I am doing my best to restore them. No photos at the moment, but with any luck I’ll get to cleaning those up and installing them sometime this winter. 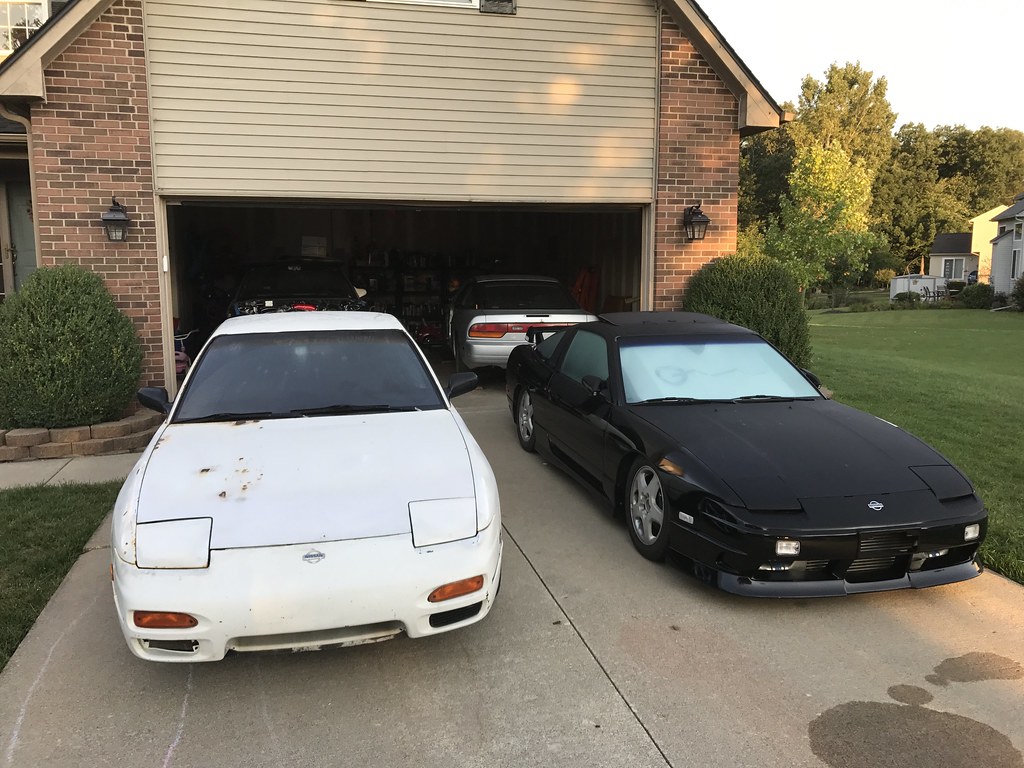 It’s a bit discouraging seeing the hatch sit neglected in the driveway, but it doesn’t make much sense to get new wheels or do much of anything to it so close to winter. I nearly pulled the trigger on a set of 17″ bronze LMGT4, but decided to be patient and focus my resources elsewhere. As difficult as it is to just let it sit and not drive it, waiting until spring is the obvious answer. I need to get the car back in the garage sometime in October before the weather really starts to get nasty. Within a couple weeks I will have that squared away. I hope to be working on the hatch again soon, but I don’t have much set in stone planned for it in the next few months. Truthfully, part of me would love to take this car apart, keep some items, and start fresh with a bone-stock chassis. I am not sure that’s going to happen though- I just don’t have the time or space for taking that on at the moment.

The Champagne Coupe
Since my last post related to the coupe on September 6th, I haven’t made much progress. I did source a parts car recently that yielded some great parts for this build including a mint dashboard, clean door panels, a wingless trunk, and a nice pair of weather strip retainers that are in much better shape than the ones on it currently. I sat aside a few other items for it that will be a nice upgrade, but nothing incredibly noteworthy. 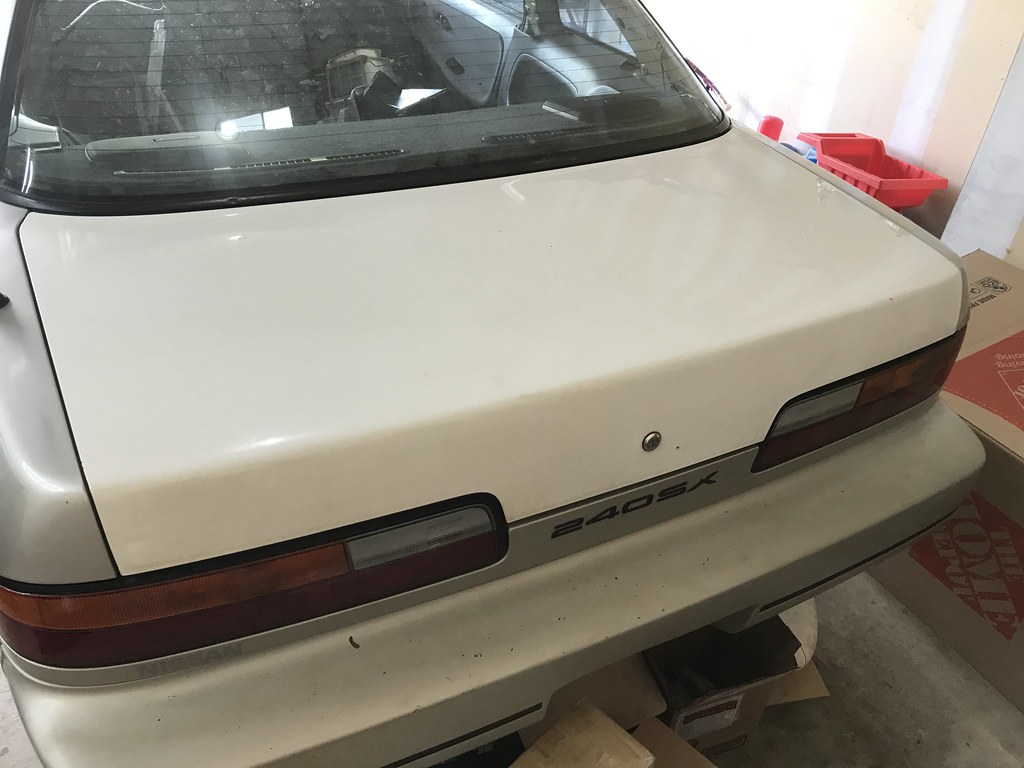 I did manage to paint my brake booster and power steering reservoir a couple of weeks back. Neither are perfect, but they look much better than they did before. I bolted the brake booster and manual transmission brake pedal assembly in place with a fresh gasket. 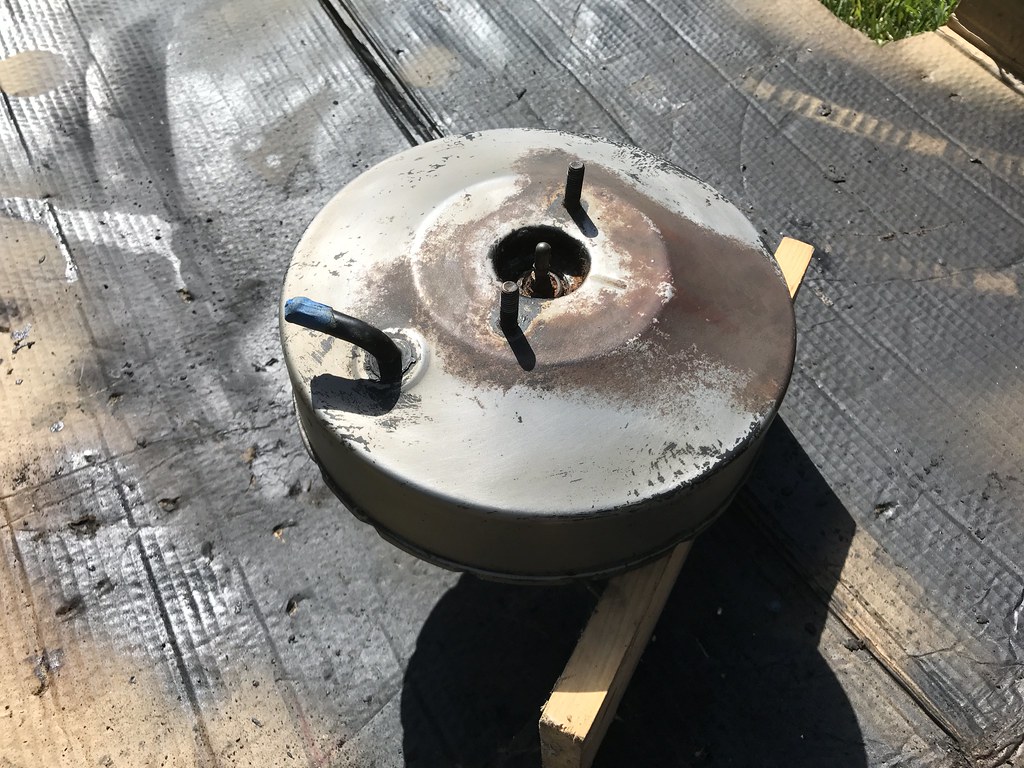 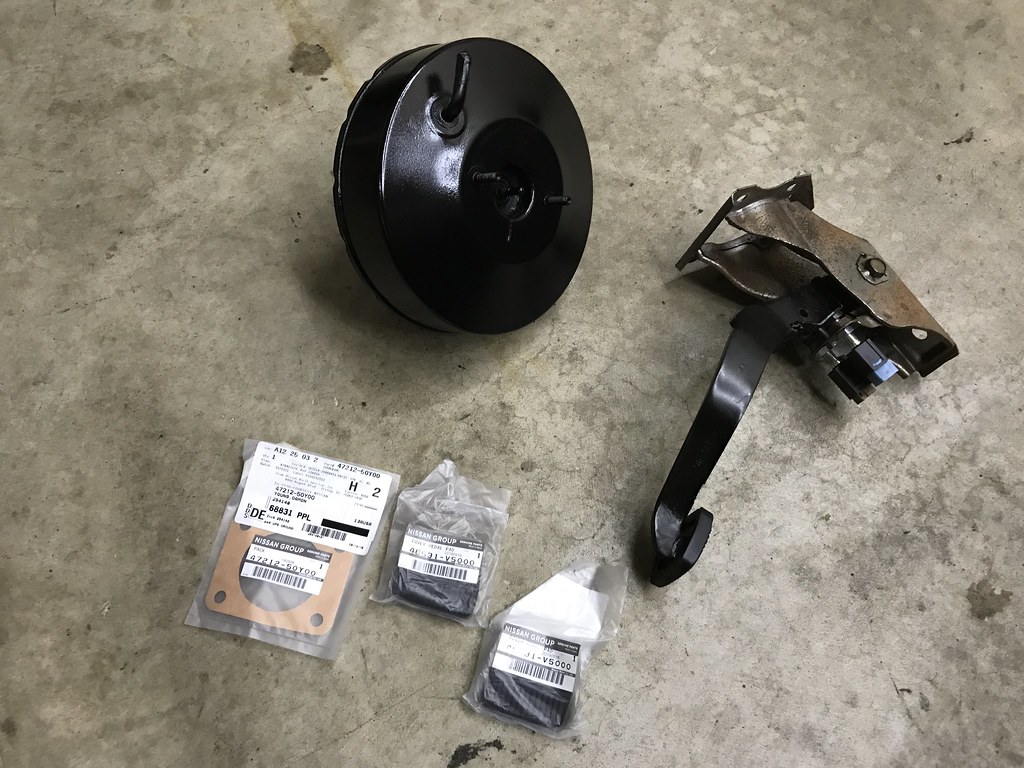 Once that was done, I installed my new pedal pads onto the clutch and brake pedals. They look great next to the brand new accelerator pedal! 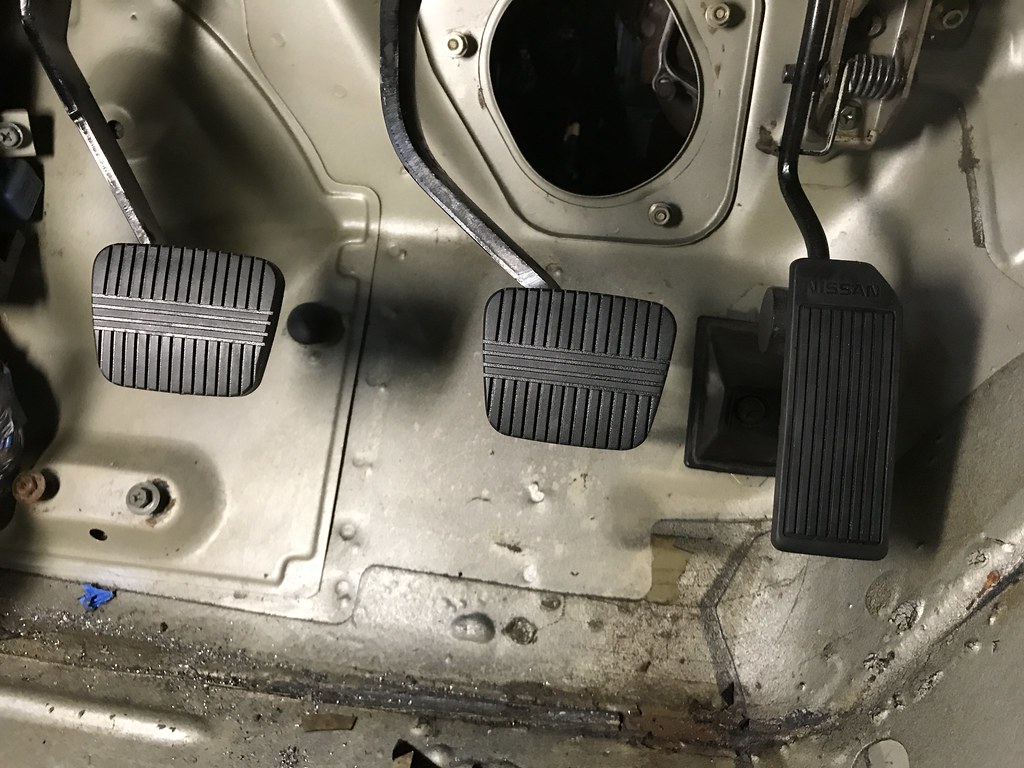 I ended up installing my new fan clutch and blade along with a new fan shroud shortly after that, but I am not sure that I took any photos of that either. Fresh belts from Nissan/Pitwork also made their way onto the car. I also reinstalled the hood latch and release cable. 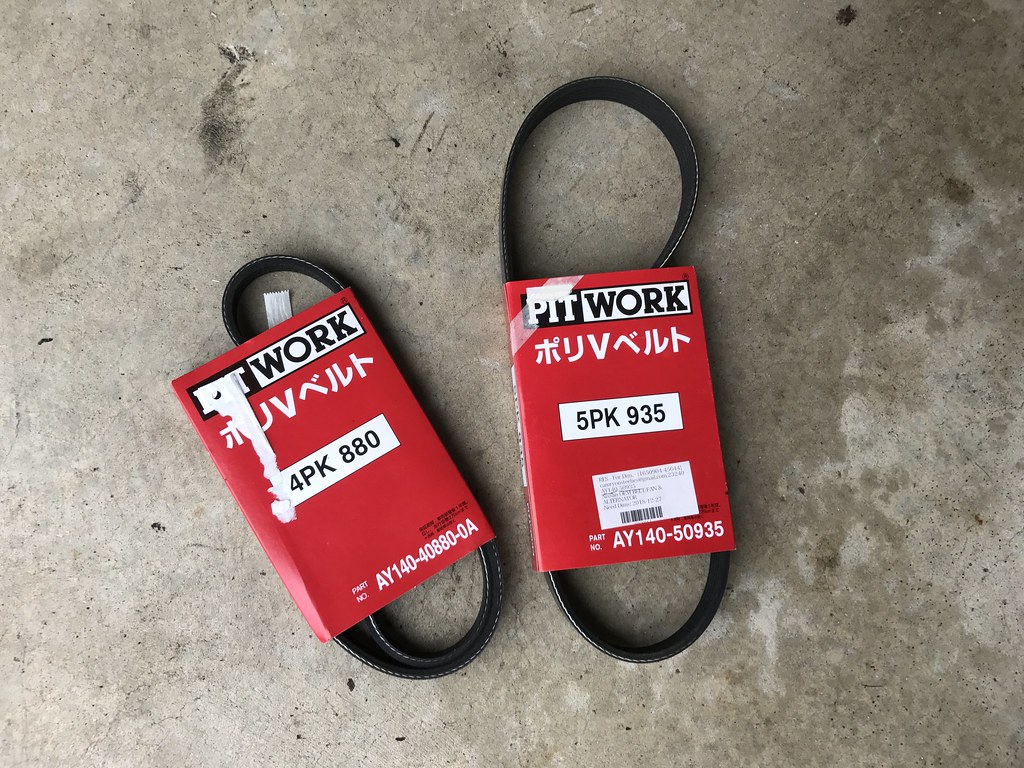 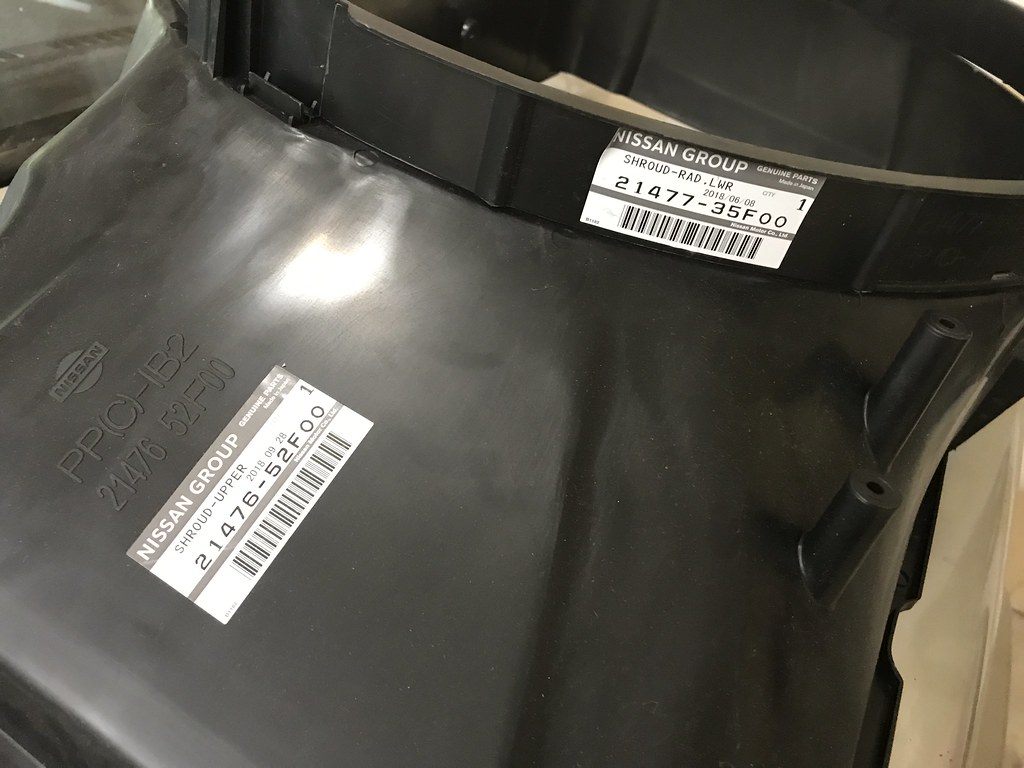 It was at that moment that I realized I never tightened the crank pulley, so I need to remove all of those items in order to do that. I think that’s about where progress stopped. I have a list of items I need to purchase in order to continue to make solid progress on the engine bay and interior, but I’m trying to wait until I have finished my current part out to buy those items. Which brings us to the next portion of the update…

Silver Hatch Partout
I wrapped up the silver hatch part out a little over a week ago. No sooner did I get that down to a bare shell and I ended up bringing another car home- this one a coupe. I ended up with all four cars at the house for one day before I had one of my neighbors and his buddies come take the rolling shell off of my hands to free up space in my garage. 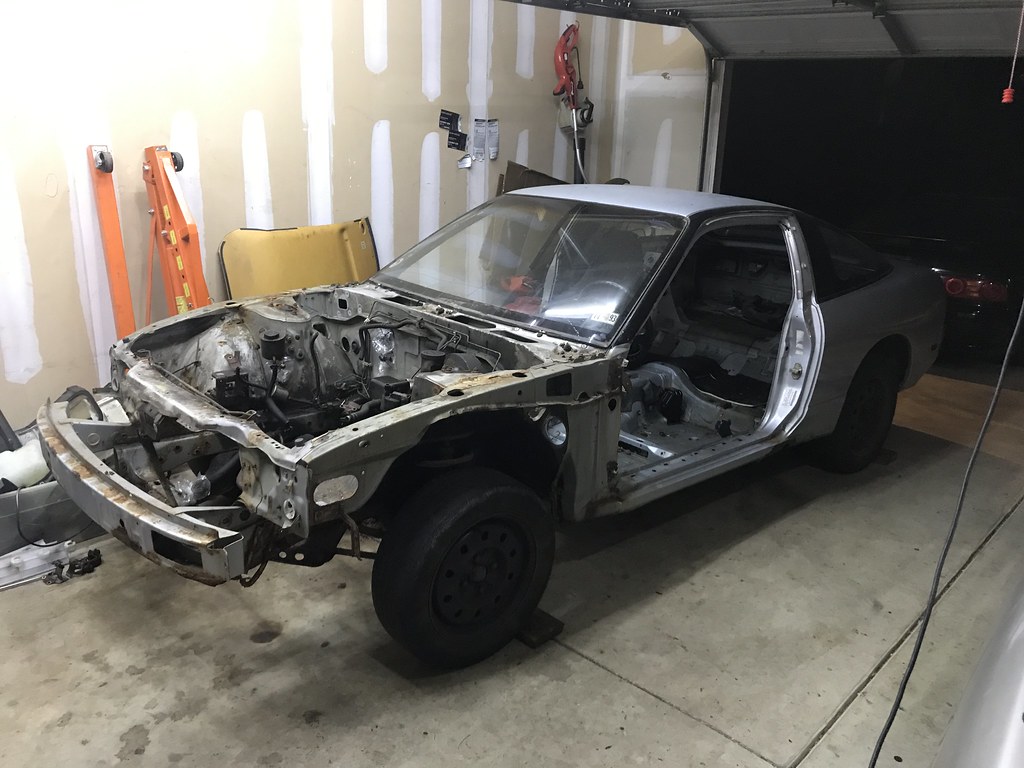 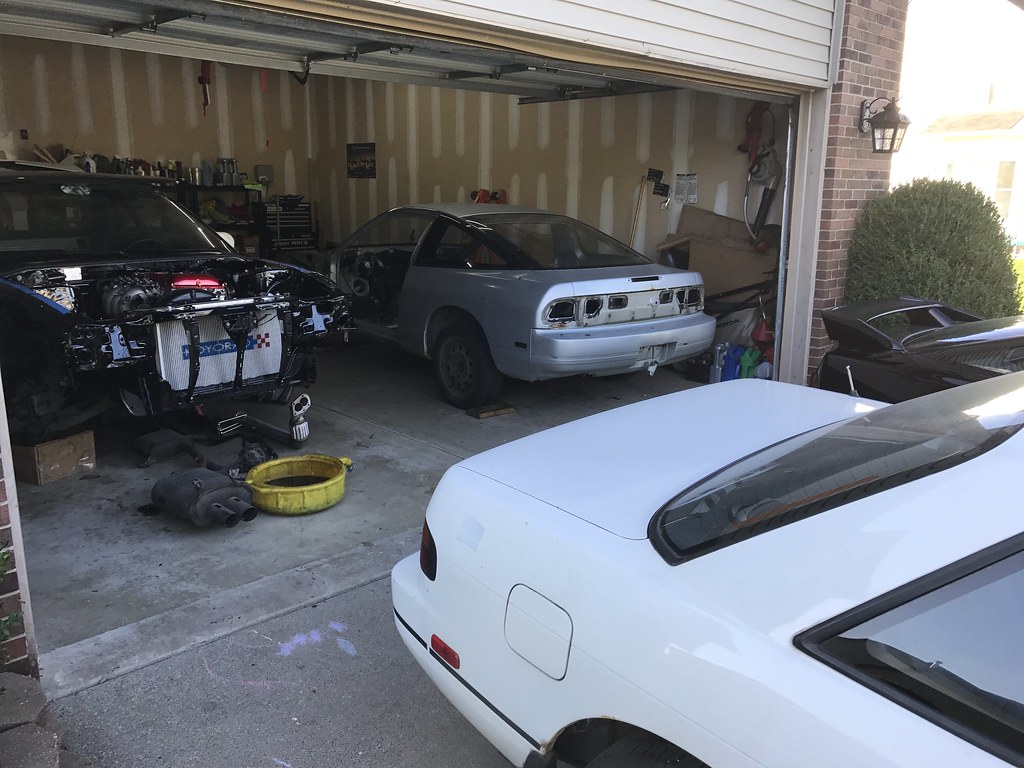 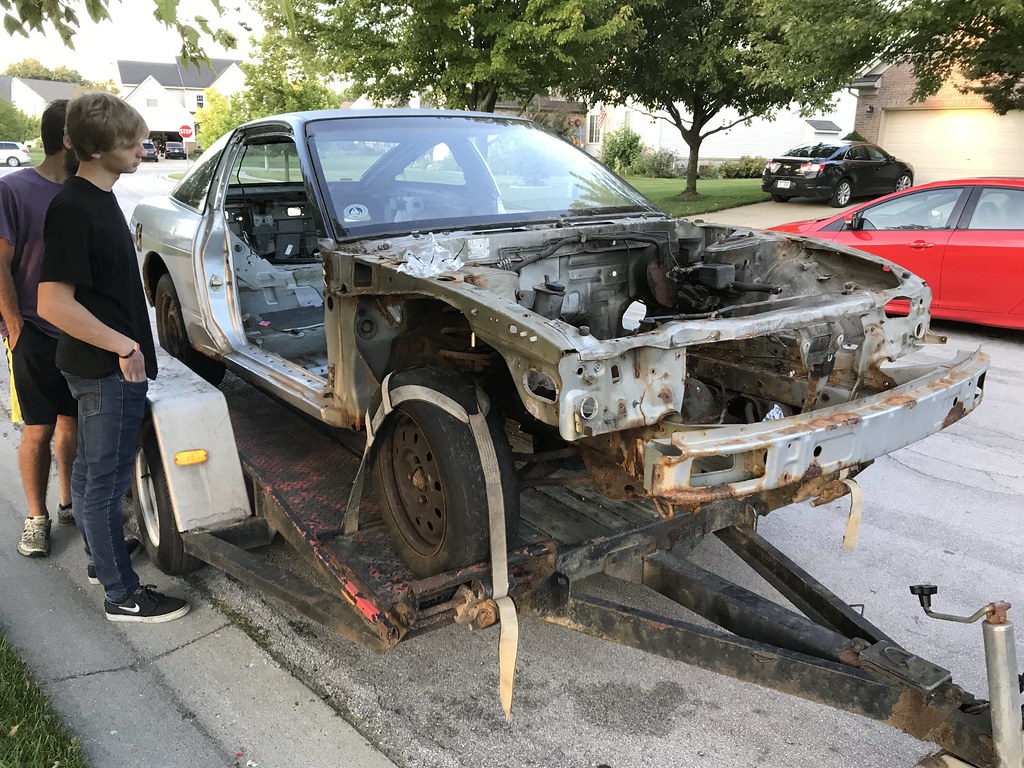 White Coupe Partout
The coupe I picked up is a ’93 base model with an automatic transmission. The car has a rebuilt title from a previous accident, but only has 89,000 miles on it. It’s really sad to see one of these cars in such bad shape with limited miles on it. Kind of ironic that the chassis I am building has nearly 350k and this one only has 89k, but it is what it is I suppose. After learning that the car only had a working first and second gear shortly after arriving to purchase it, I proceeded to drive it home three hours from Indiana at about 4k RPM to go 68 MPH. Fortunately we made it home without a single hiccup- which is probably nothing short of a miracle. 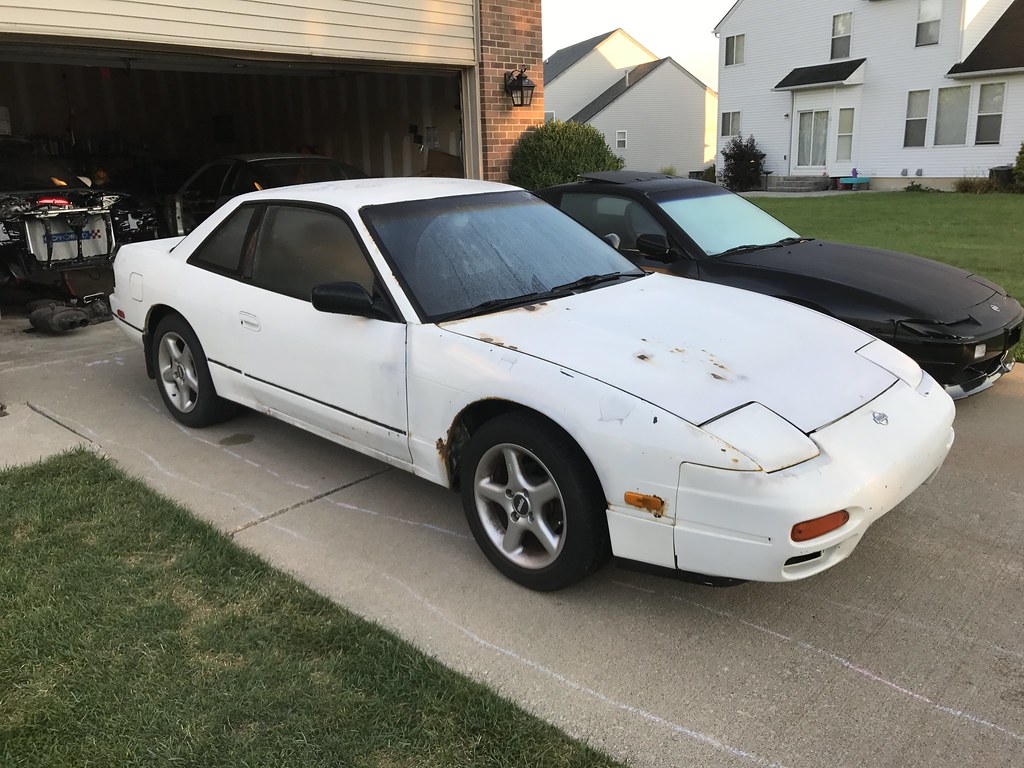 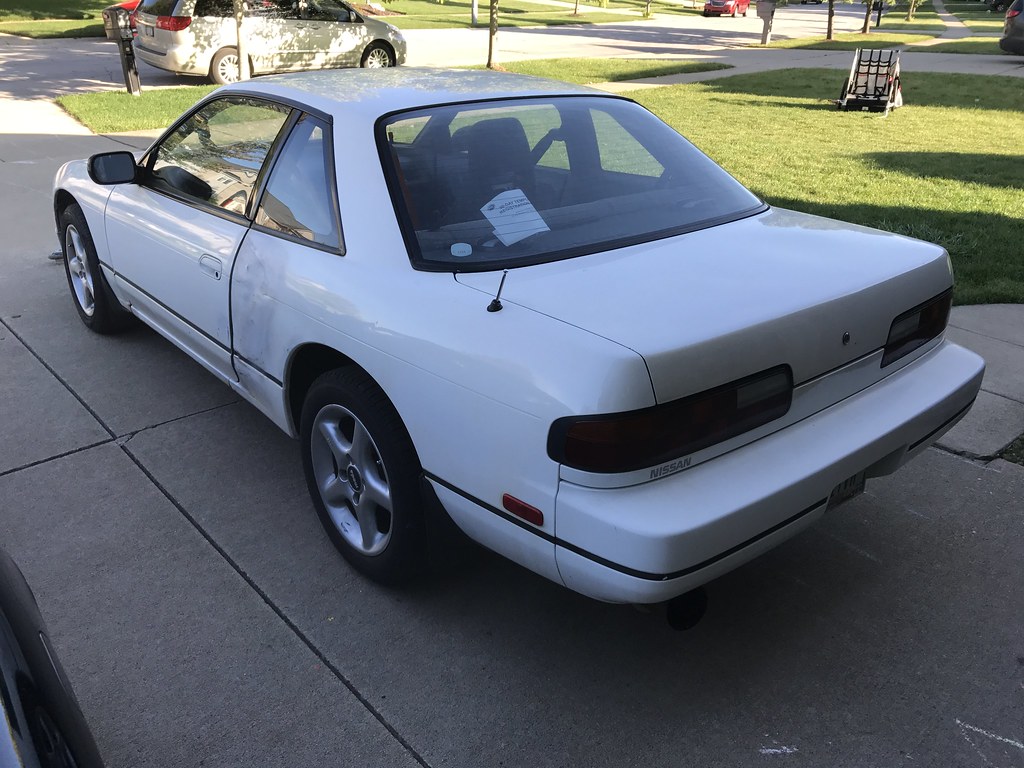 The car had a super clean interior and a number of other great parts on it that I was able to use for my own build and sell to others for their cars. At the moment I have the interior and exterior completely stripped, but need to finish removing the drivetrain before I can sell the shell. Alicia was interested in working in the garage again, so she was a huge help with getting the car torn apart last Friday night. I’ve gotta say I am getting fairly quick at this process, I just need to find the time and energy to actually get everything done. 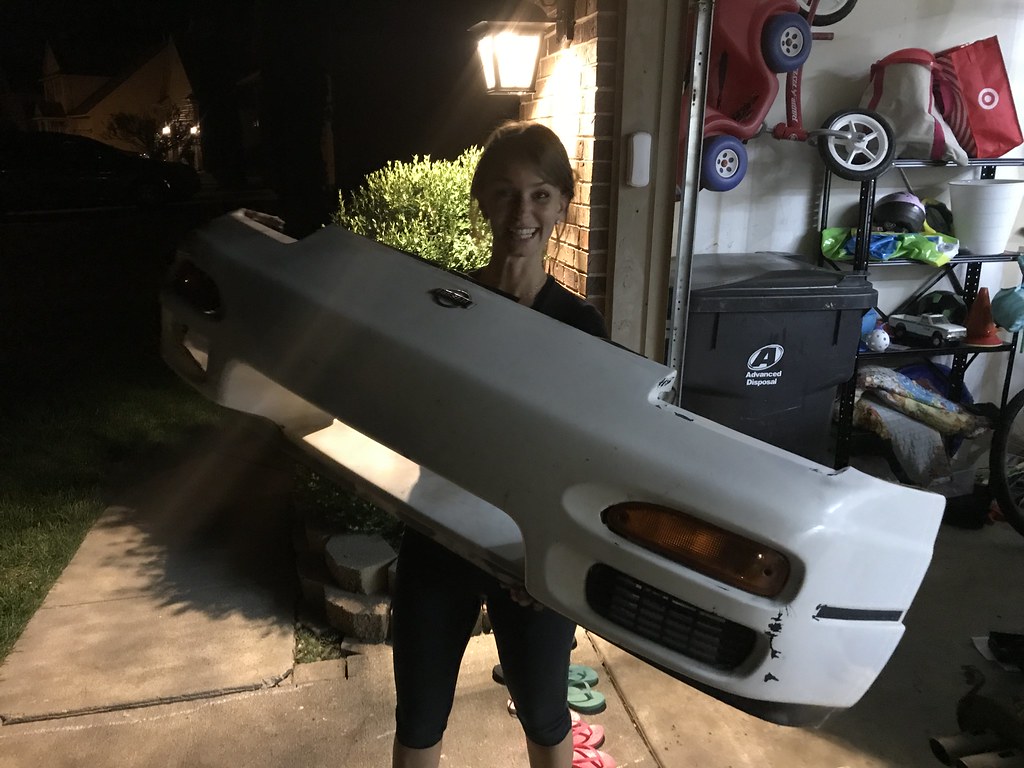 So that’s what has been occupying my time in the garage for the past few weeks! It’s tough to take a break from working on my own projects, but finding cars to part out has been rewarding and pretty fun to manage. Maybe after this coupe is completed in the next two weeks I can get my personal cars situated and begin to make some solid progress again. I would love to have the coupe running with a complete interior by spring- which I think should be within my reach. 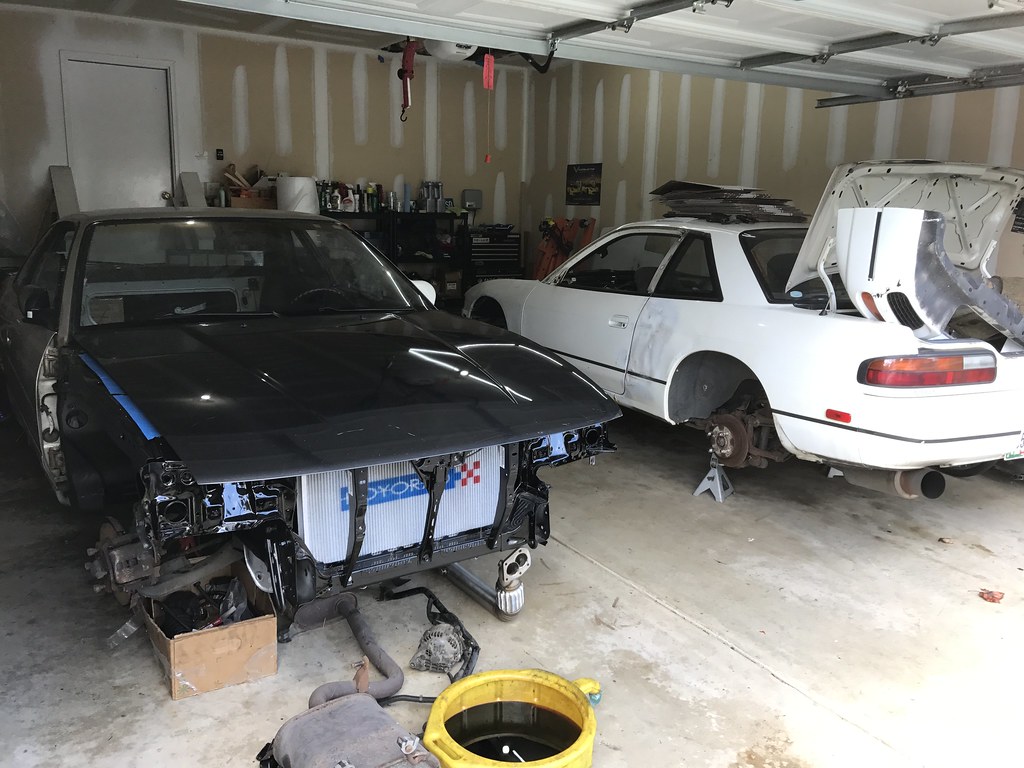 I gave the Silvia hood a test fit this week as well to keep the dust out of the bay while I work on parting the white coupe out. Can’t wait to see it on the ground with the full aero and Silvia front end installed! All in due time…

Thanks for stopping by and reading the blog- I really appreciate it as always! I hope you have an excellent weekend.