October marks a time of transition here in Michigan. The leaves are changing and falling at a rapid pace. We seem to have enjoyed our final afternoons in the 80ºs and the days are getting shorter, colder, and more gray. As the weather and seasons begin to transition, so does the primary purpose of my garage. 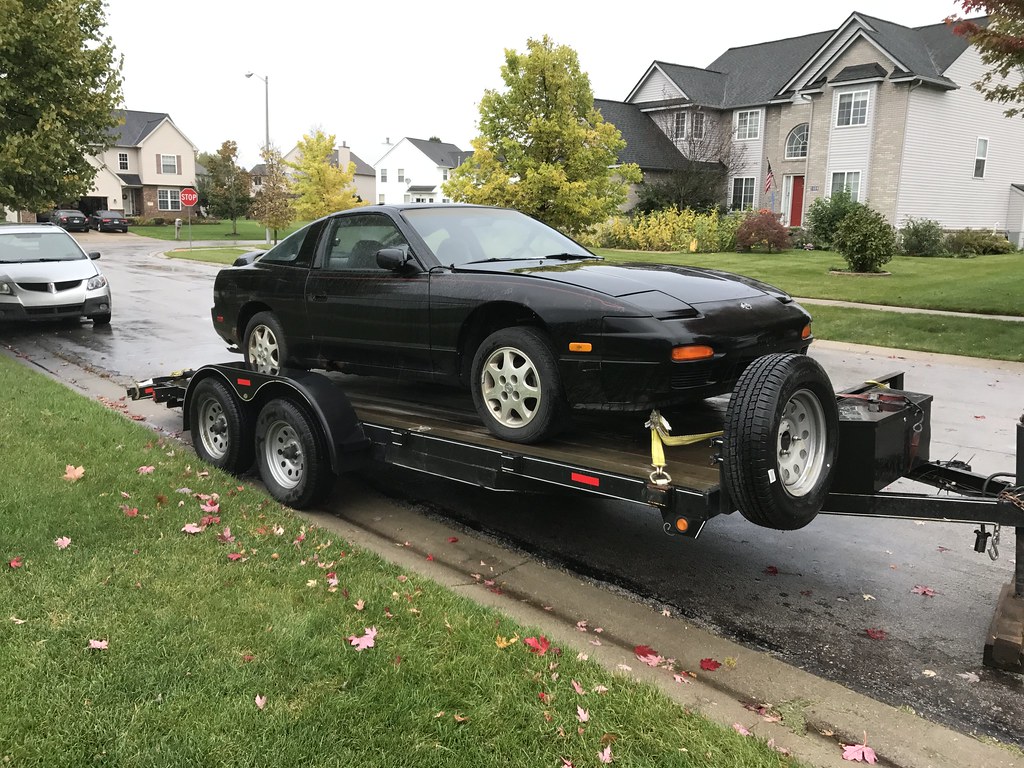 I’ve somehow let three weeks slip by without an update- but there’s a good explanation. I’ve spent the last three weeks parting out my final car of 2019, the black 1992 DOHC hatchback that Tim brought to me back on October 4th. I made relatively quick work of this car since the engine and transmission were already removed when I bought it. I managed to get the car completely stripped down within two weeks and then had my neighbor Kyle take it to scrap for me with his truck and trailer. I ended up just leaving all of the suspension on the car like I did with the last two since it is such a hassle to move a car without suspension on it. In the past I have always attempted to sell these rollers rather than scrap them, but with numerous buyers flaking out it is easier to just give them to Kyle to either try to sell himself or scrap. All three of the cars I parted out in the last three months were riddled with rust and frame damage so they really weren’t worth saving. 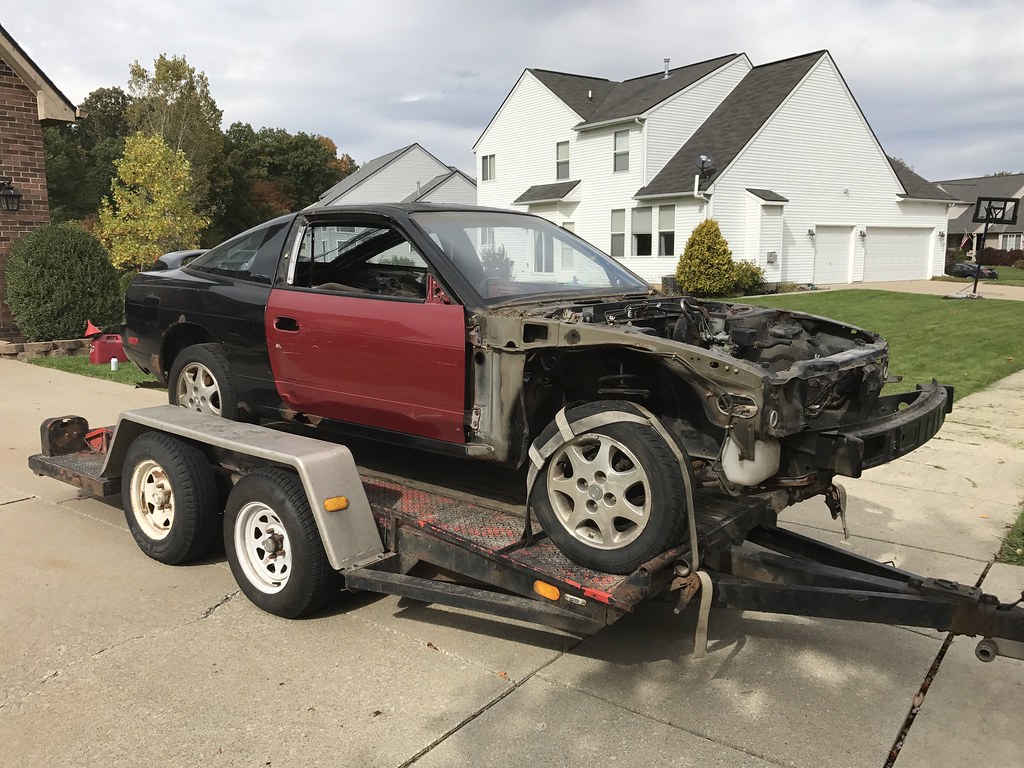 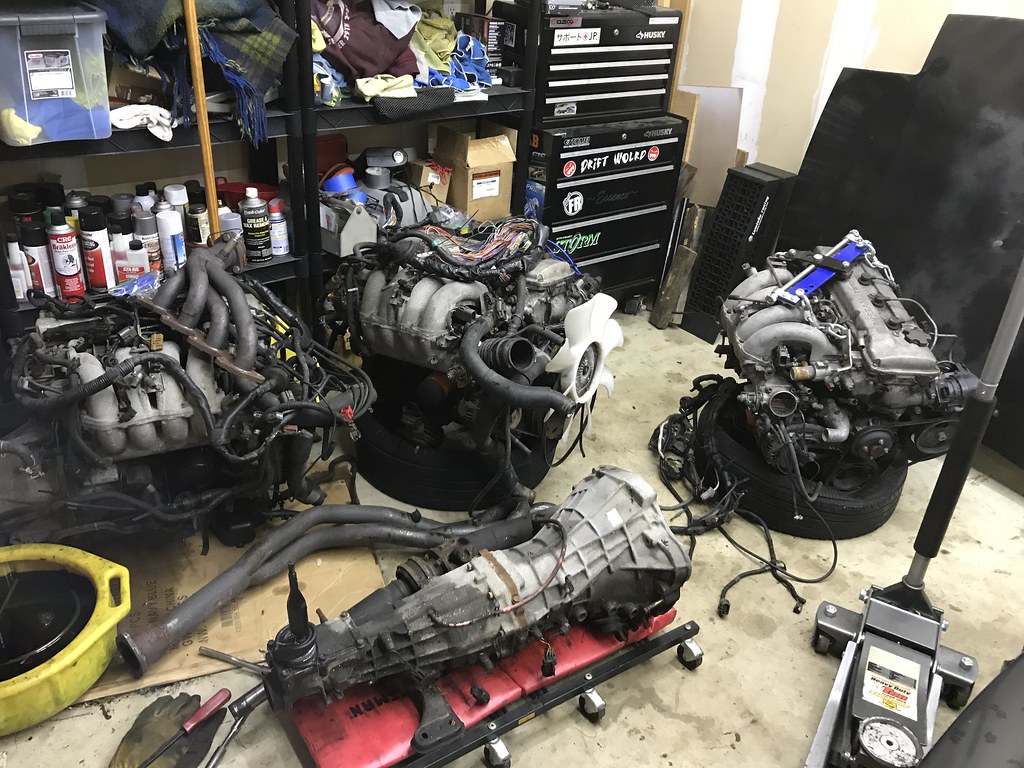 I was beginning to get a bit overwhelmed with all of the inventory I had over the last couple weeks, but I think I am finally getting a handle on things. I’ve managed to stay relatively organized, and spent the night last night getting the garage completely cleaned and organized. I moved all of my shipping supplies and a number of parts into the basement in order to transition my garage back to a place where cars are built instead of taken apart. I still have a ways to go (considering there are three KA24DE engines in my garage that need to make their way out) but things are MUCH better than they were. This also allowed me to put my hatch back in the garage which is an awesome feeling. Letting it sit in the driveway for the past two and a half months has been fairly stressful. 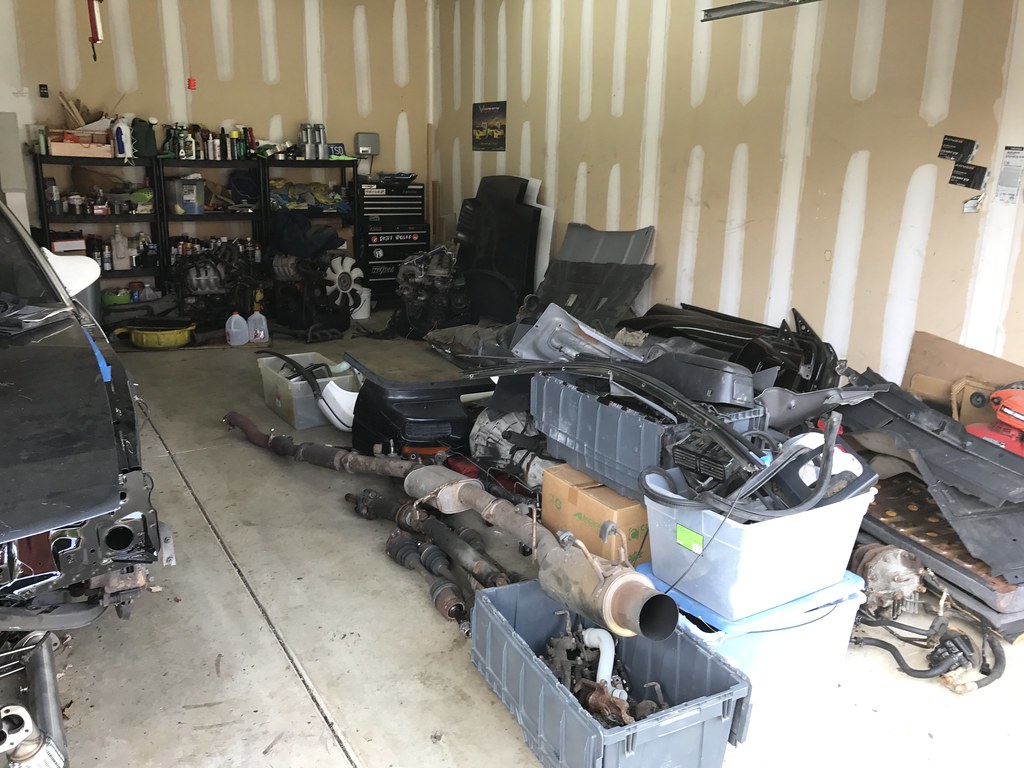 Inventory day after the last shell left the garage… yikes. 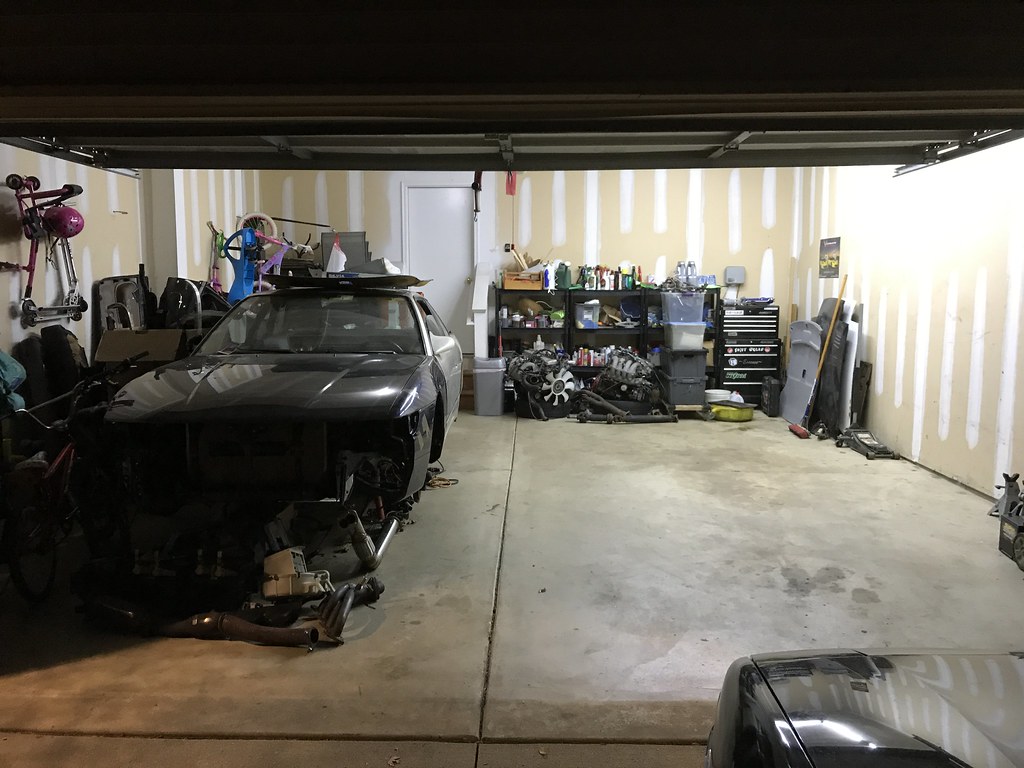 Relatively clean after cleaning last night prior to pulling the hatch back into the garage. Still lots to get rid of but making progress!

Anyway, I know there isn’t a lot in this post, but I wanted to try to get back in the swing of posting regularly. My hope is to finish selling the majority of the items I have left in the next two weeks before diving head first into the coupe to make some progress on the car. Remember- the goal is to have the car running and the complete interior installed by the time the weather breaks in the spring. I think this should be entirely possible and I am looking forward to getting back to work. 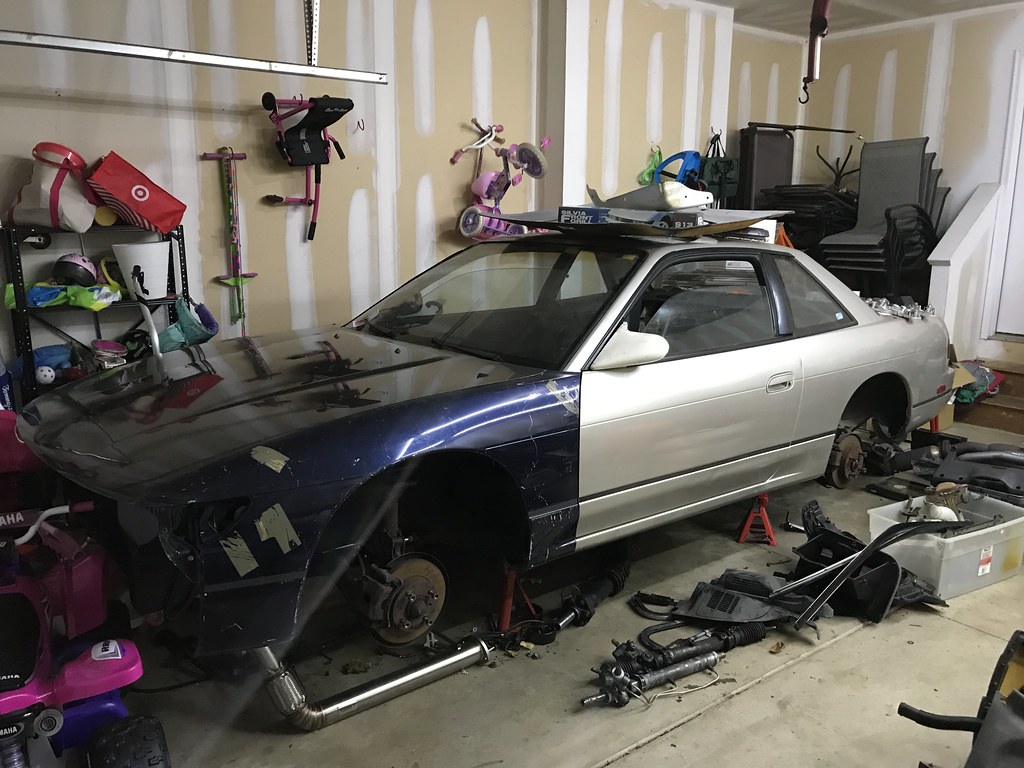 You might notice a couple of exterior additions to the PS13. We’ll get to those soon enough!

Thanks as always for following along- I appreciate it! I’ll likely have just landed in Houston for the weekend to visit Jimmy and some other friends by the time you read this. Have a great weekend!